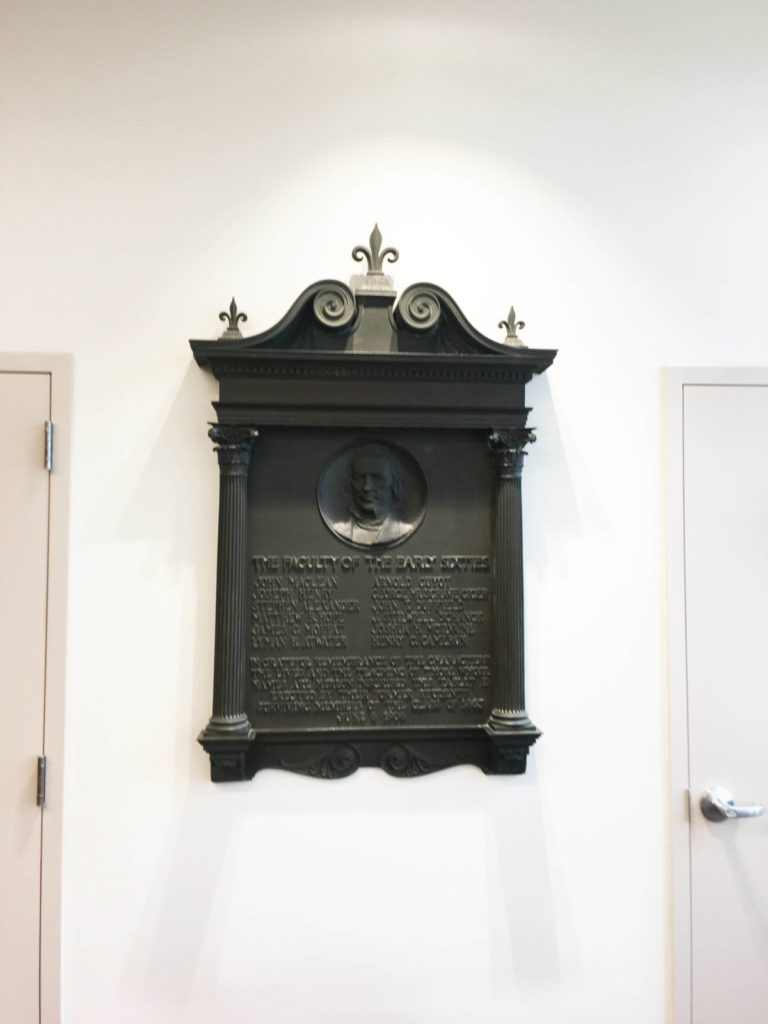 111 years ago, the June 6 Daily Princetonian Extra reported that a bronze plaque was commissioned by Princeton University students in honor of the 12 men who had been their professors:

Among the events of especial interest during Commencement week, two ceremonies took place today which marked an addition to the memorials of Princeton classes. At twelve o’clock the Class of ’63, which celebrates its forty-fifth anniversary this year, unveiled in Marquand Chapel a bronze tablet inscribed “To the Faculty of the Early Sixties.” This event was followed at 2 p. m. by the breaking of ground for the new ’77 Dormitory. The Class of ’77 will give the dormitory at a total cost of one hundred and fifty thousand dollars, and the exercises to-day marked the commencement of what will be one of the most costly buildings of its kind on the campus. 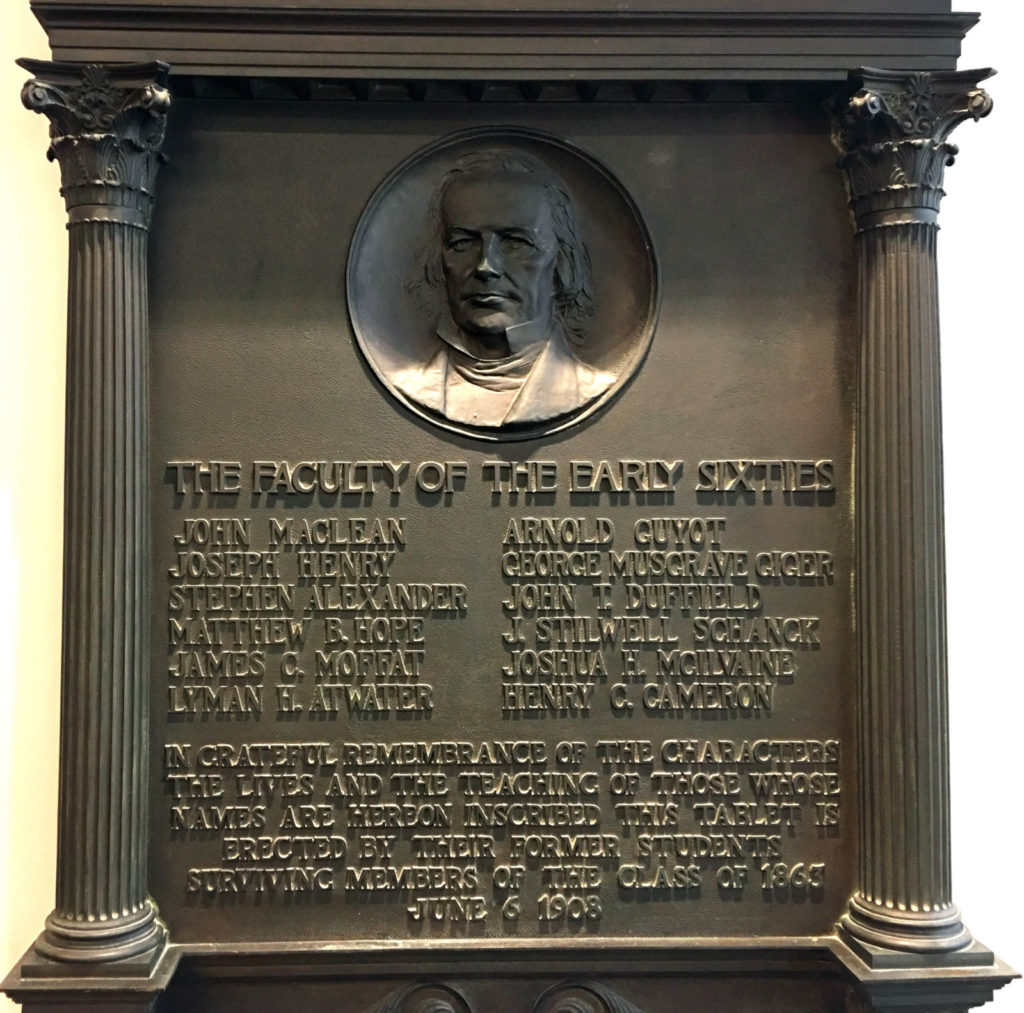 Marquand Chapel was destroyed by fire during house party weekend in 1920 and for several years, worship services were held in Alexander Hall. The bronze tablet hung in various other locations until now, when it has been permanently sited in Firestone’s new Emeritus Faculty Reading Room. 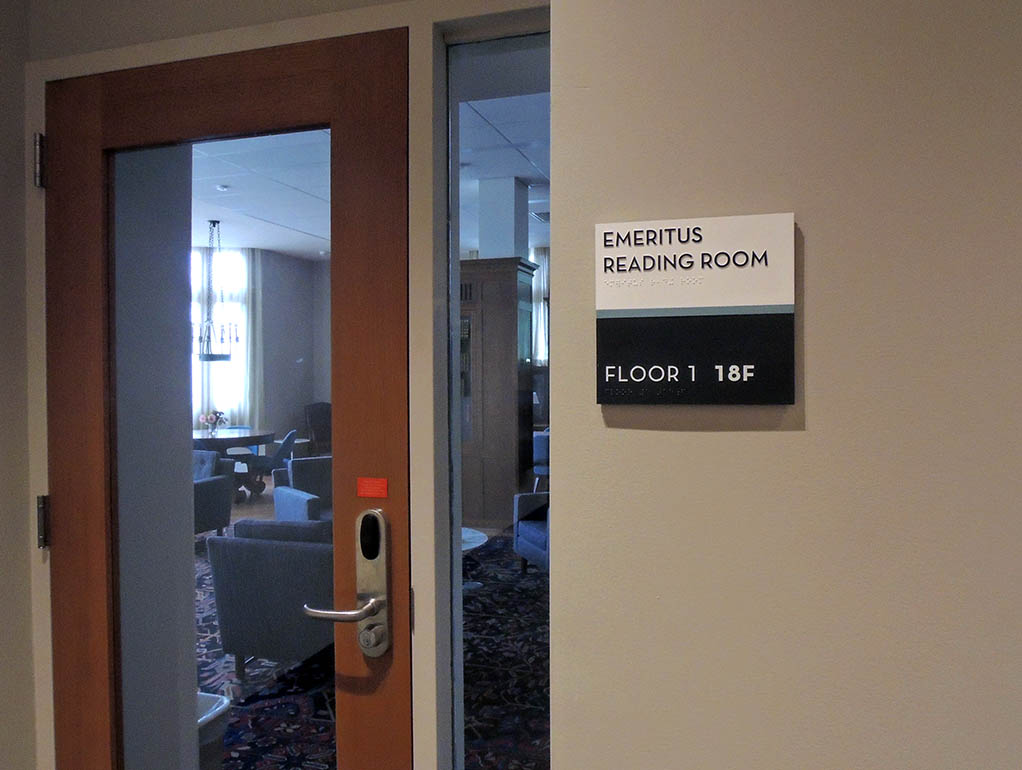 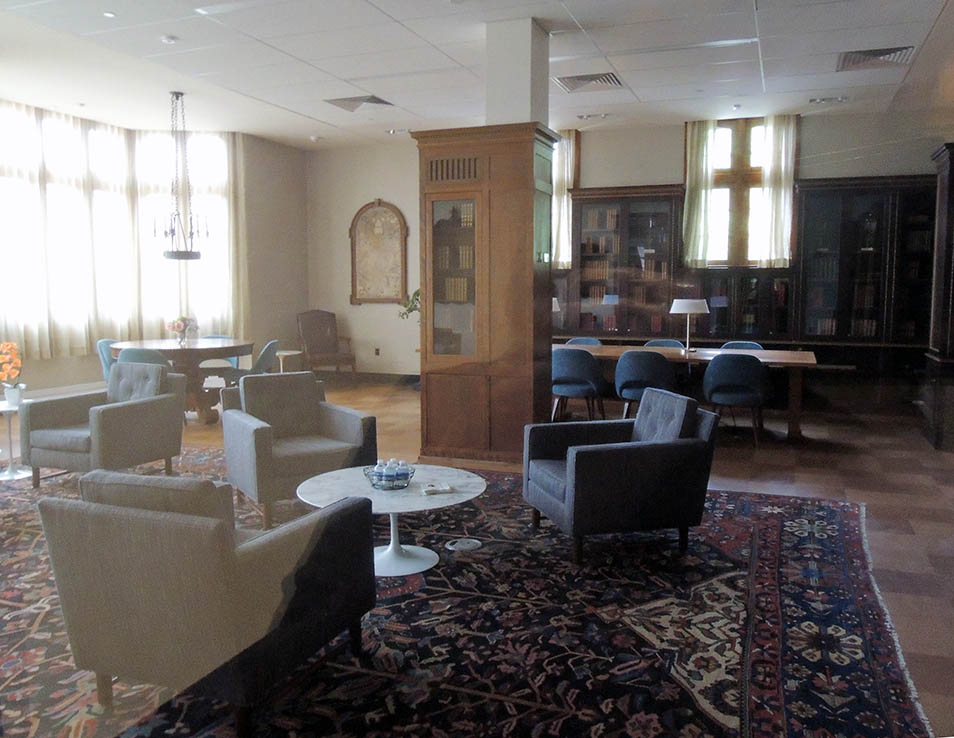