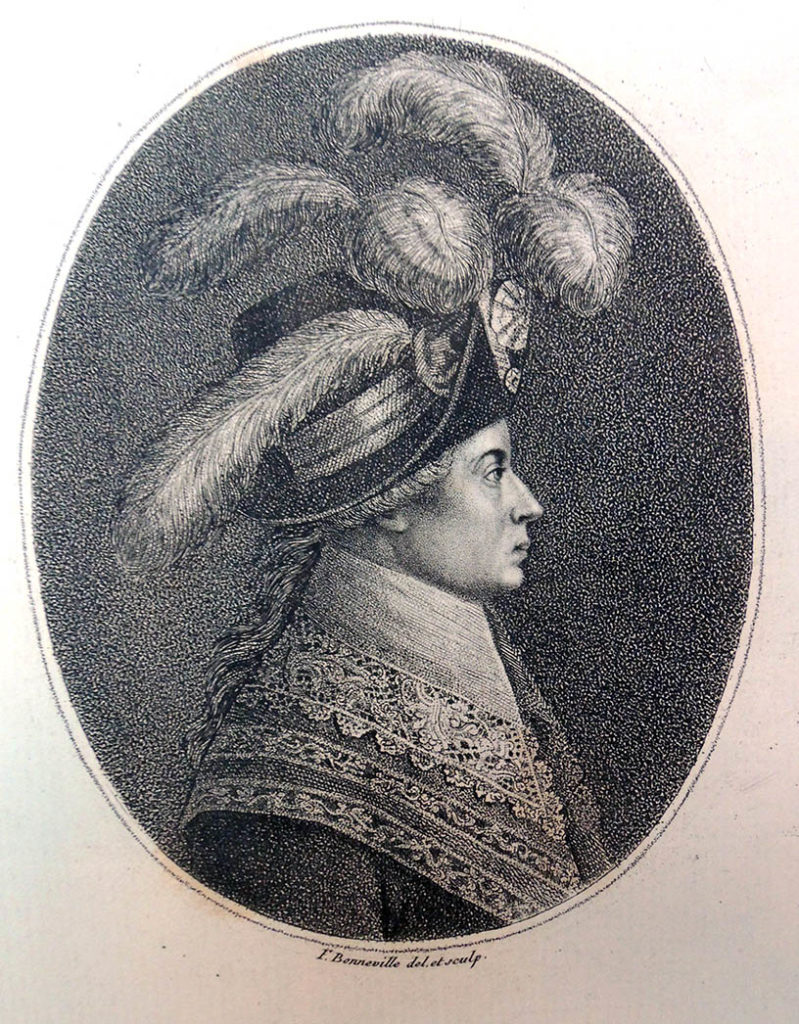 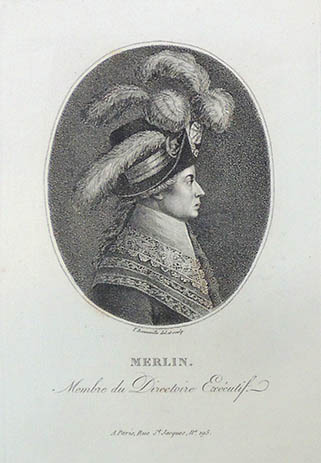 “…In addition to the editors, François Bonneville (Nicolas’ cousin) was hired to engrave portraits of revolutionaries for the “Chronique du mois.” Each issue featured on its frontispiece one of Bonneville’s portraits, usually depicting a leading Girondin. The first seven issues included portraits of Condorcet (January), Fauchet (February), Mercier (March), Auger (April), Garran-Coulon (May), Paine (June), and Brissot (July).

François Bonneville became one of the best known portrait engravers of his day, and his works were sold individually at the Imrprimerie du Cercle Social. At the same time, his engravings helped to spread the fame of the Griondin leaders, whom he often portrayed in a neoclassical style that emphasized their likeness to the ancient heroes of Greek democracy.” –Gary Kates, The Cercle Social, the Girondins, and the French Revolution (Princeton University Press, 1985, jstor: 2014) 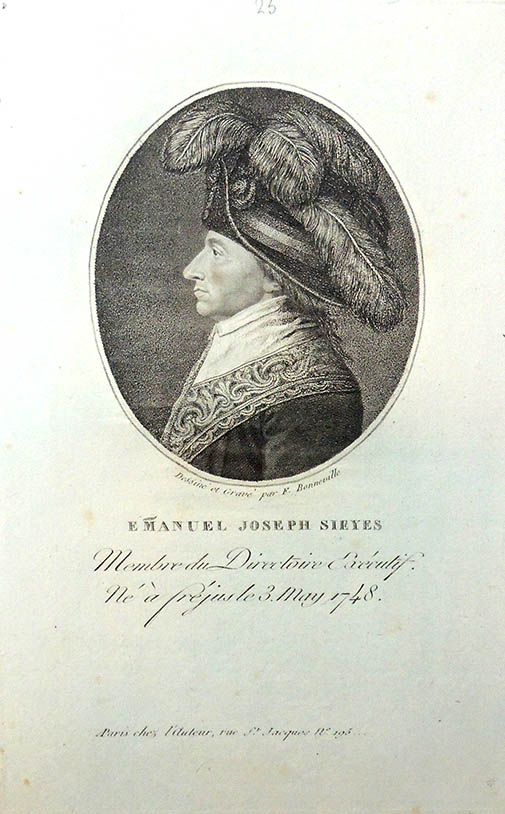 La Chronique du mois: ou, les cahiers patriotiques, [The Chronicle of the Month] was founded by Jean-Antoine-Nicolas de Caritat Condorcet (marquis de), Étienne Clavière, Jean-Antoine-Nicolas de Caritat marquis de Condorcet, Louis-Sébastien Mercier, Nicolas de Bonneville, abbé Athanase Auger, and John Oswald. They called their imprint the Printing Press of the Social Circle. Working together with these men from his studio on Rue Saint-Jacques, François Bonneville designed, engraved, and published the portraits with each man wearing his official uniform, including a hat with enormous plumes and a velvet coat.

The Graphic Arts Collection has only two of the portraits, seen here. To appreciate the entire grand costume, see Bonneville’s full figure image from the Musée Carnavalet: 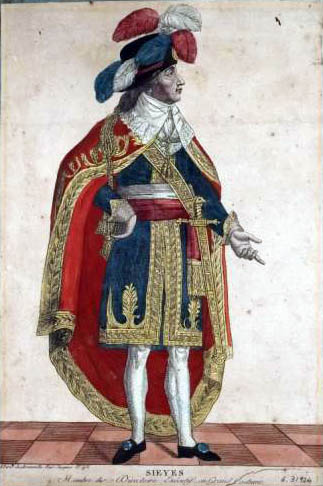