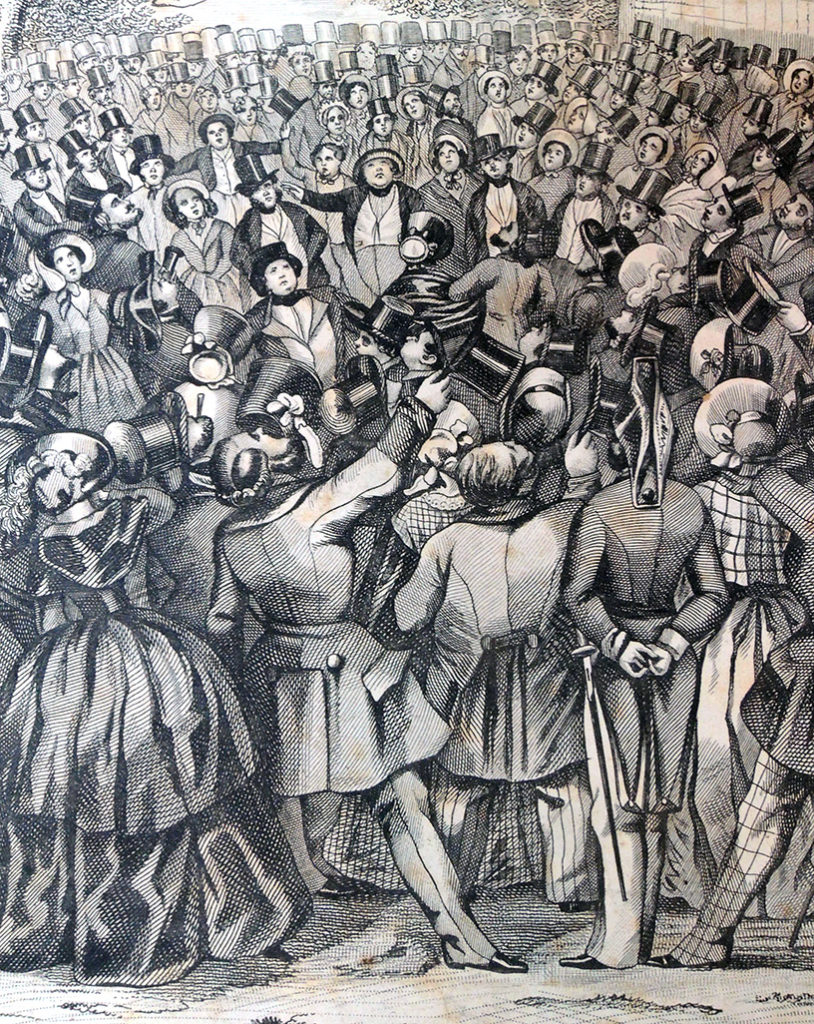 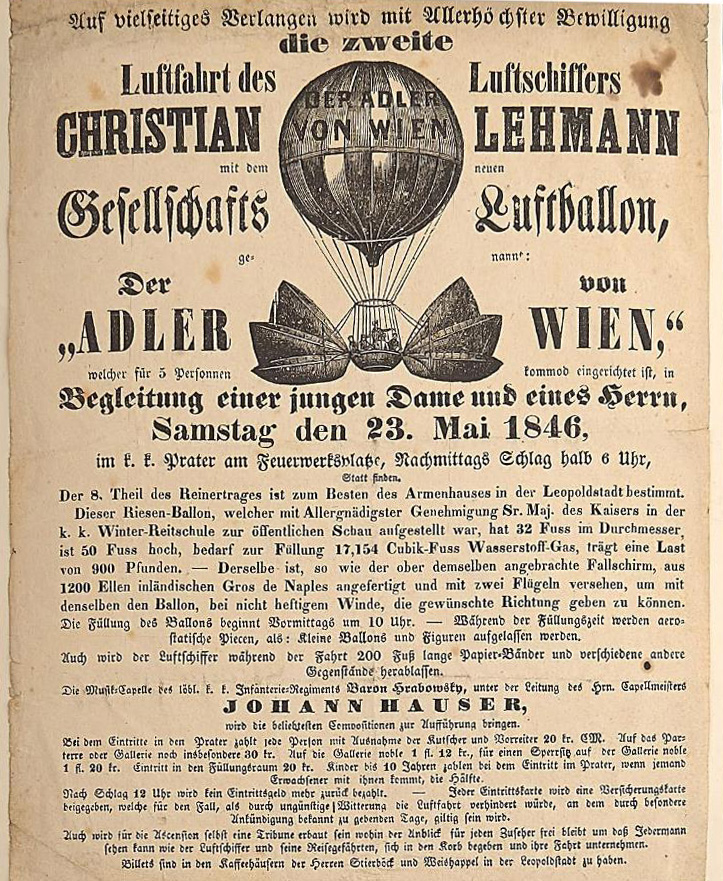 On May 23, 1846, a crowd gathered in the Prater, a large public park in Vienna’s 2nd district. They watched as an enormous hot air balloon, known as The Eagle of Vienna, was launched carrying the director of Lehmann’s Aviation, Christian Lehmann, his daughter Carolina, and the Austrian explorer/naturalist Johann Natterer (1787-1843).

Variant prints are held in the collection of the Air and Space Museum, Smithsonian Institution, Washington D.C. [see below] 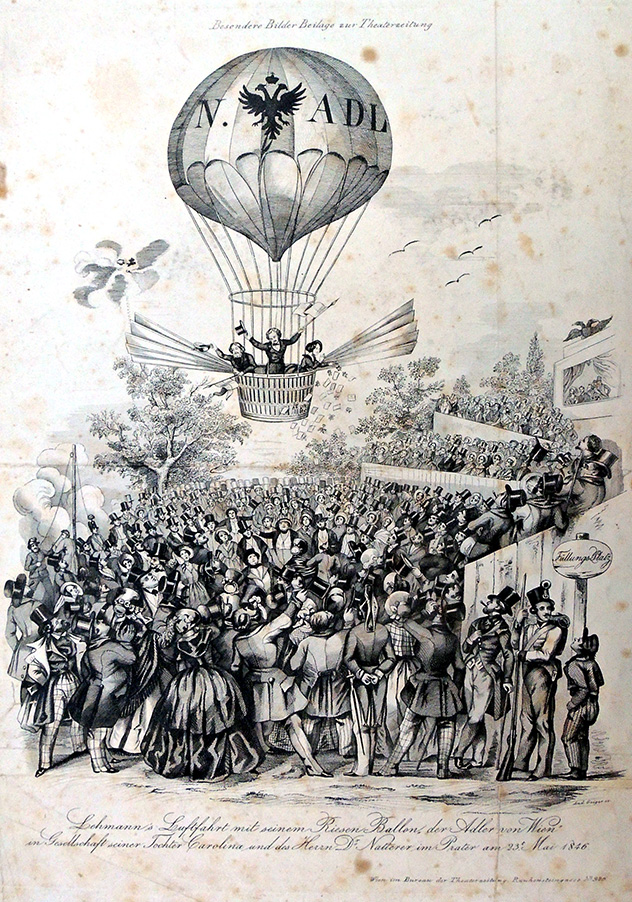 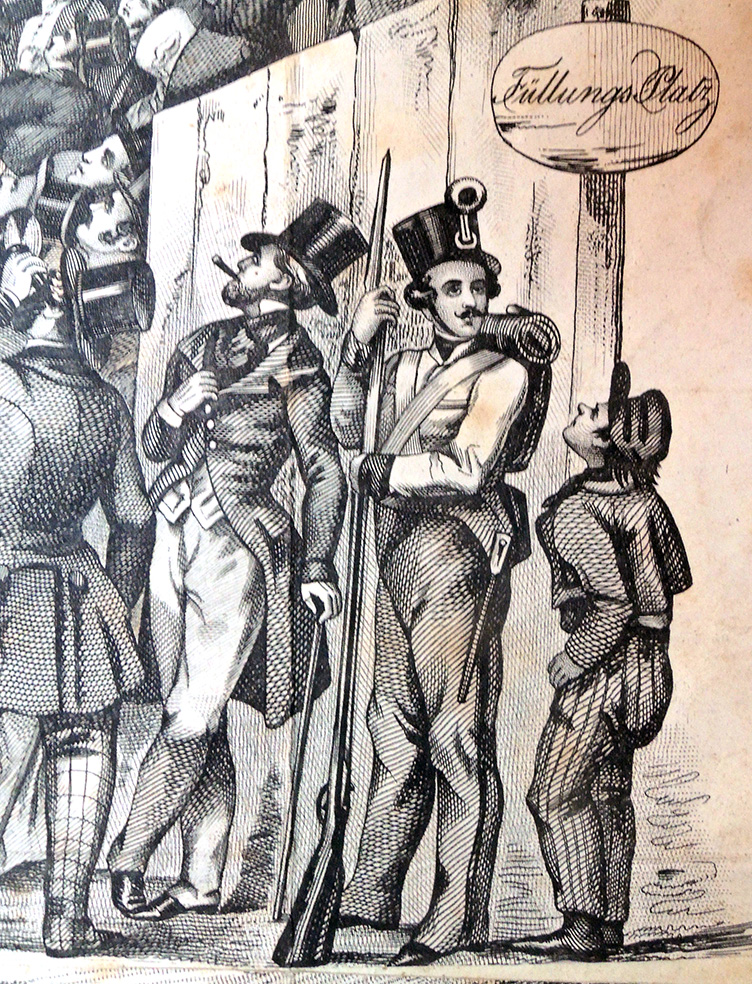 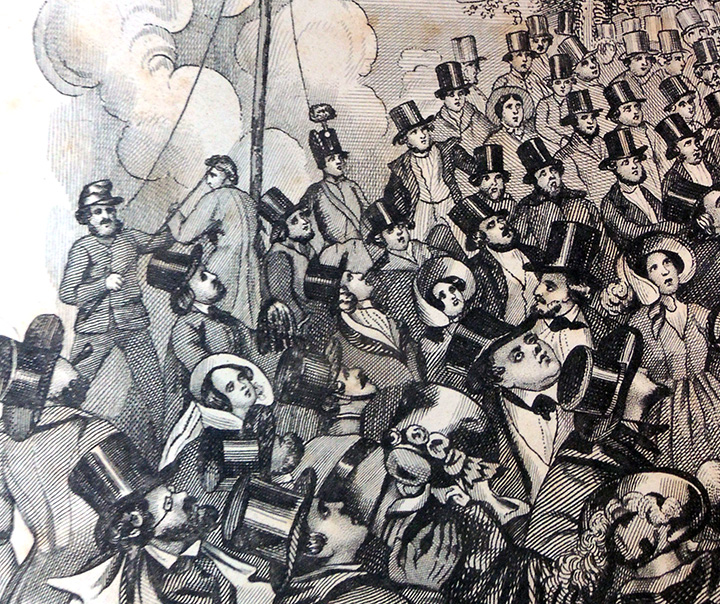 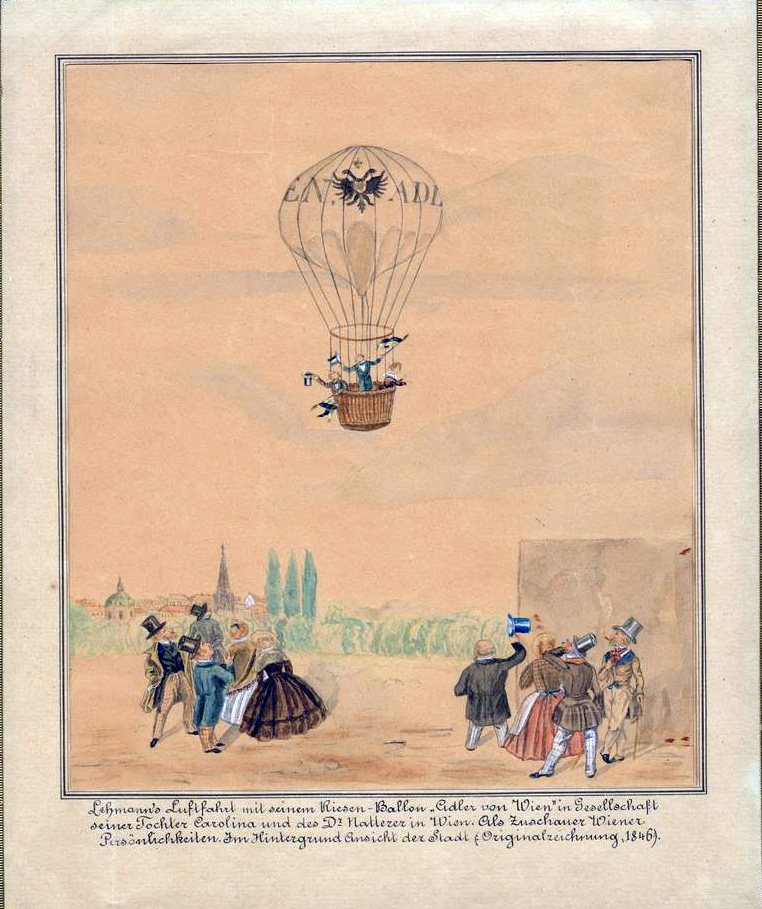