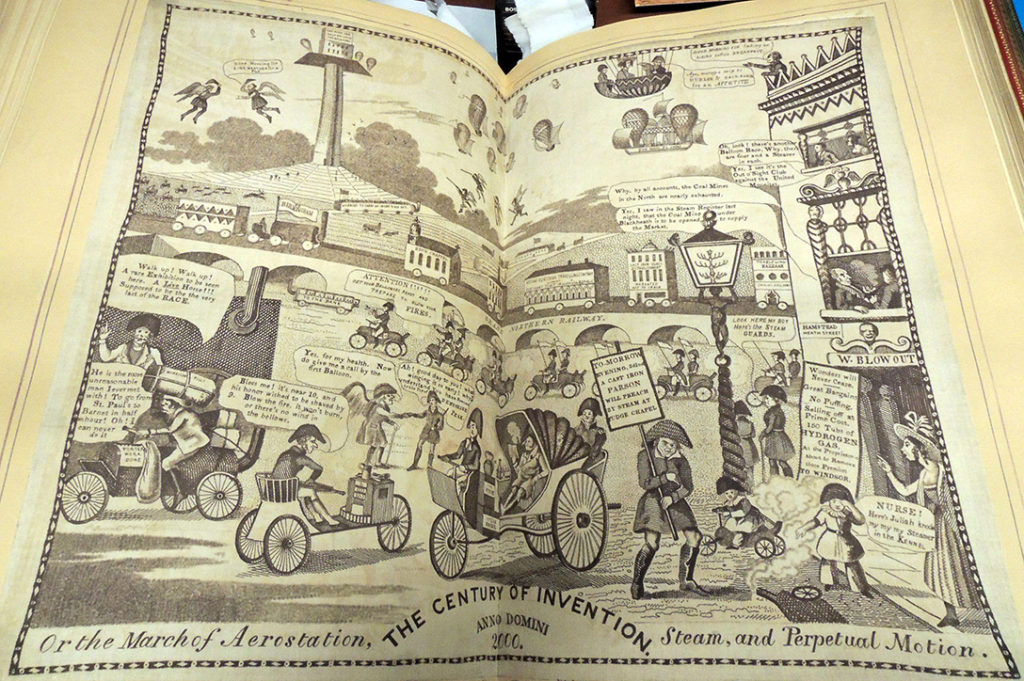 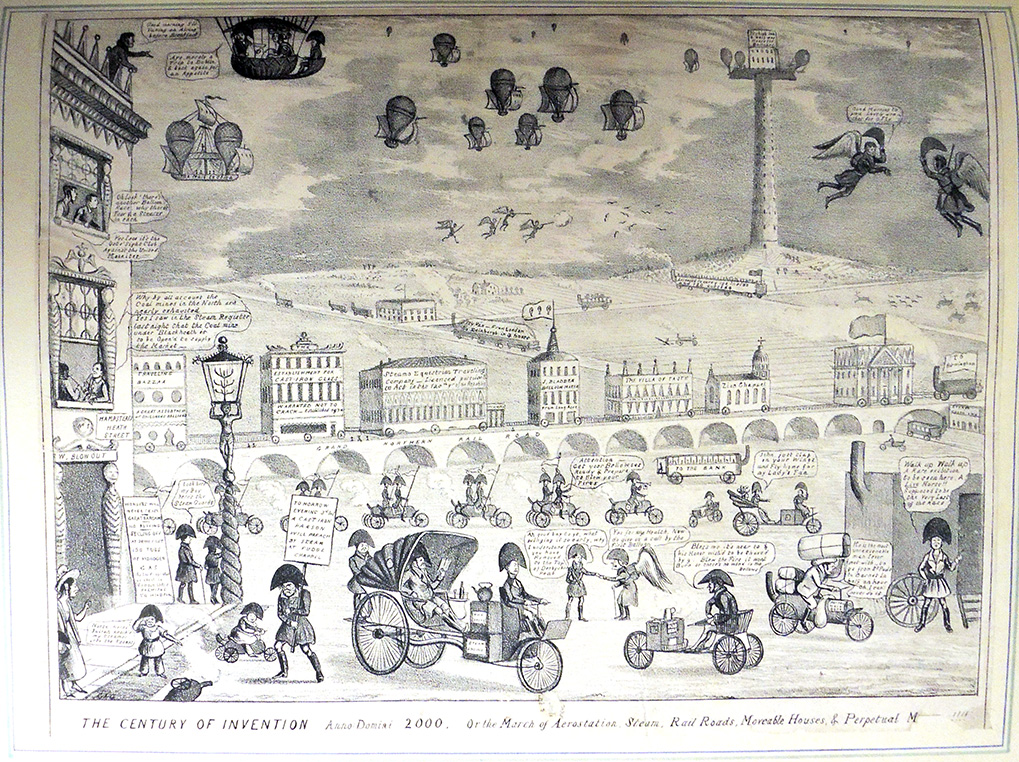 A scrapbook in Princeton’s McCormick Collection of Aeronautica holds two versions of a rare design by Charles Grant imagining what the world will be like in the year 2000. One is a small lithograph and the other a larger reproduction laterally reversed and pasted on linen. The scene is clearly inspired by William Heath’s March of Intellect series of prints [below] published around 1828, making fun of the Society for the Dissemination of Useful Knowledge, established in 1826. 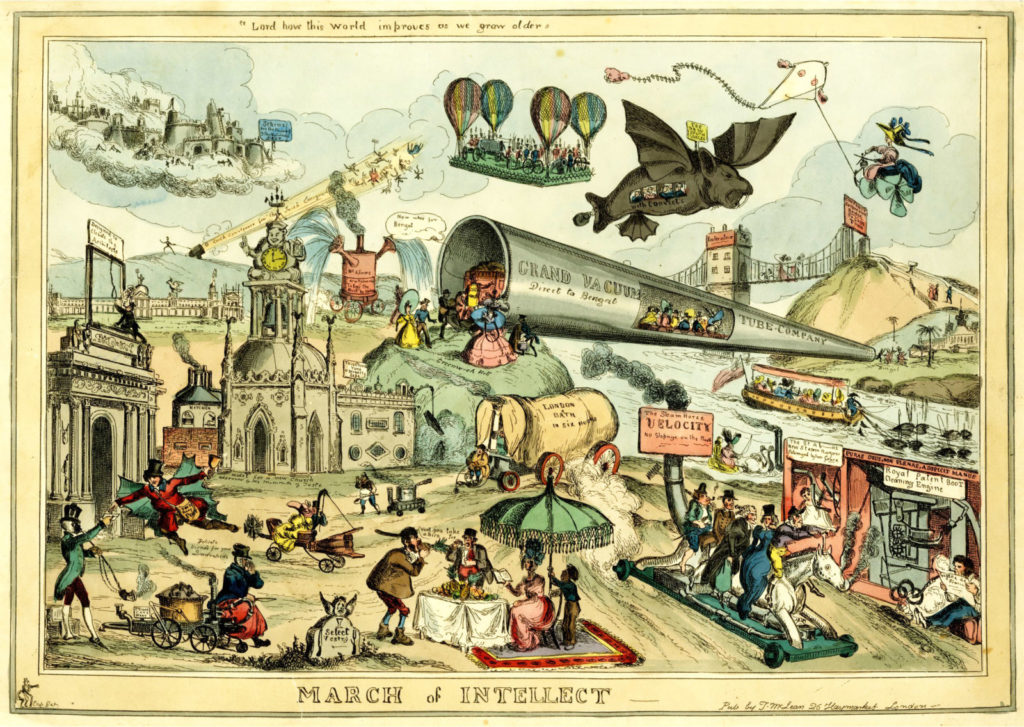 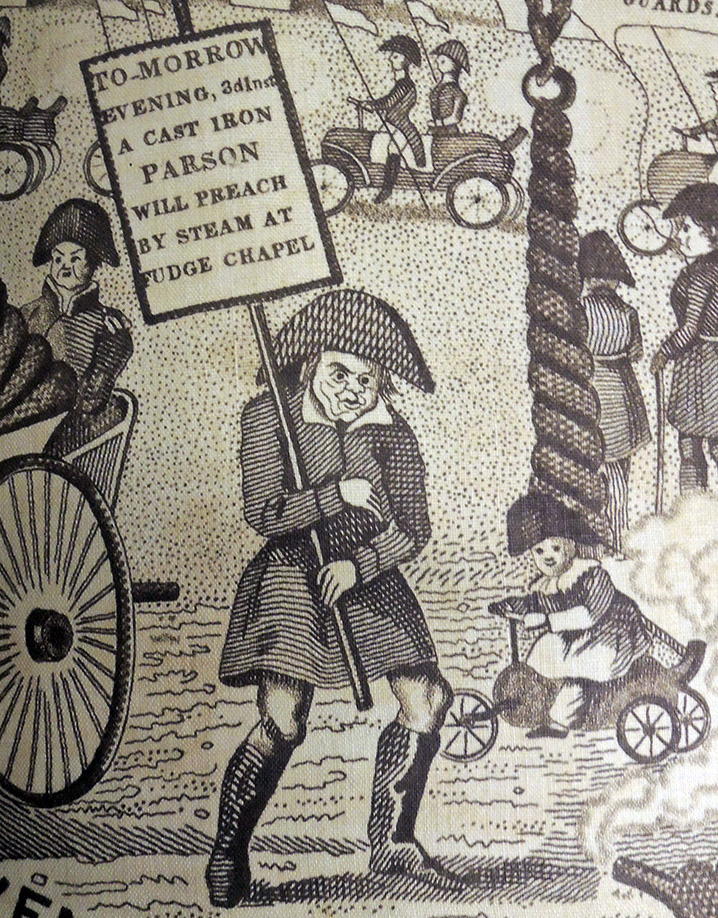 Steam, cast-iron, wind and solar power are all celebrated amidst a general cacophony of speeding travelers. Science and industry have triumphed in all modes of transport, as well as daily life. The coal mines in the North are nearly exhausted, we are told, and a new Blackheath mine will be opened to satisfy demand.

Balloons are becoming passé, now that people are flying with their own wings. Cars, trains, and buses are driven by children as well as adults. Inventions are everywhere and there is still one live horse! 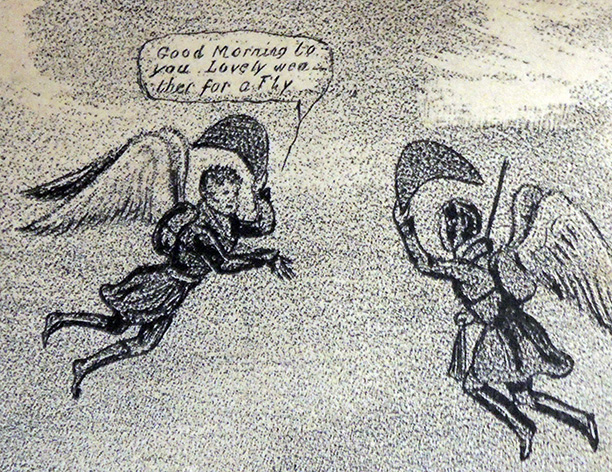 Good Morning to you. Lovely weather for a Fly.

The print was also published in Caricature Magazine no. 3, February 1, 1834, so we assume these prints come from the same time. 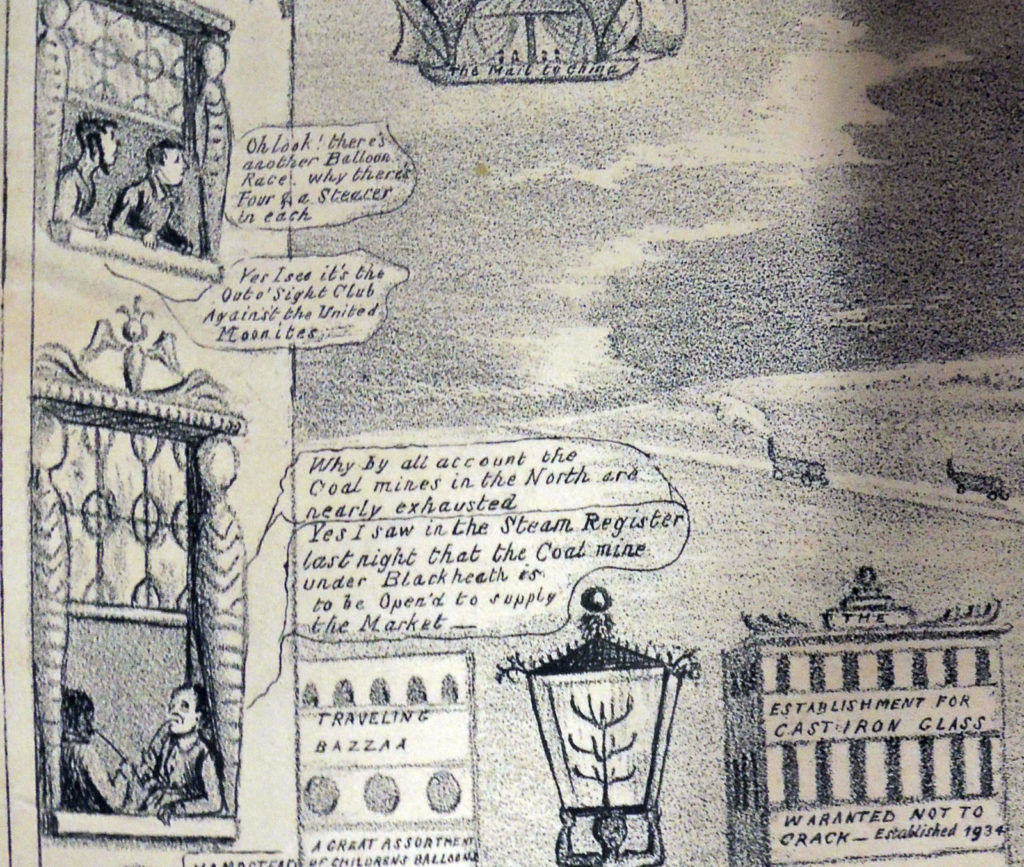 Establishment for cast-iron glass. Warranted not to crack – established 1934

Good morning Sir, taking an airing before Breakfast. Aye, merely a trip to Dublin & back-again for an Appetite.

Pulled for a writing seminar investigating the rise of self-driving cars and their implications in fields as varied as philosophy, law, engineering, and computer science.