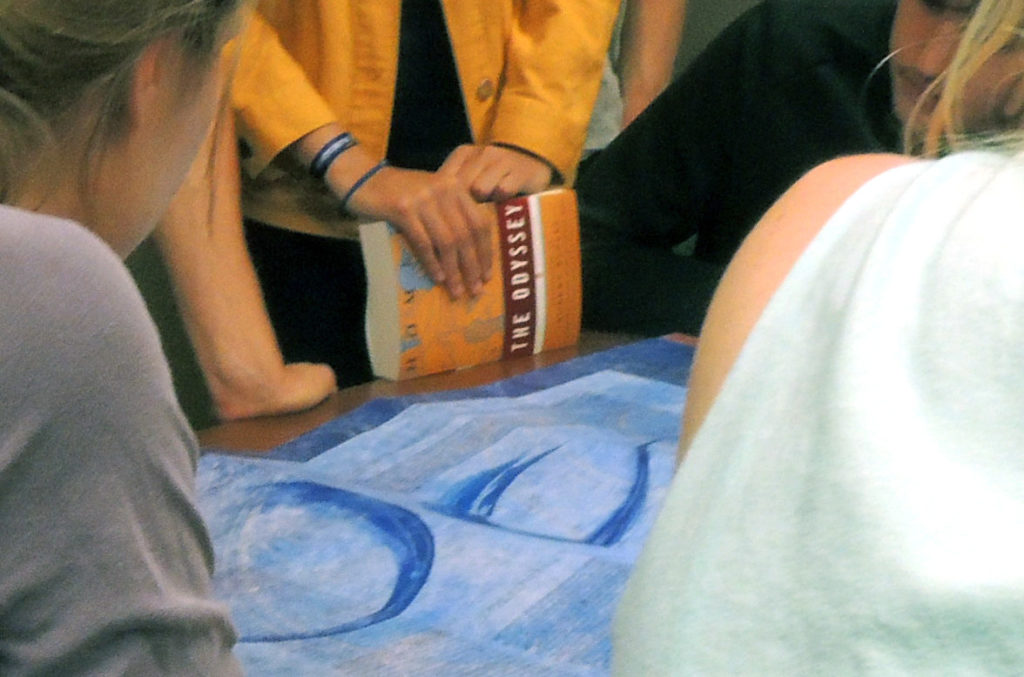 We hosted a visit this week from Professor Reeves’s class “The Classical Roots of Western Literature,” which focuses on the classics of the Western literary tradition from Antiquity through the medieval period, including Apollonius of Rhodes’s Jason and the Argonauts, Apuleius’s The Golden Ass, Dante’s Inferno and others.  This week they read The Odyssey and so, we focused on the calligraphic work of Jan Owen’s “Sing to Me” with text by Homer.

The group had so many questions about the work, donated to the Graphic Arts Collection by Lynne Fagles, that an email was sent directly to the artist. The wonderful Ms. Owen replied immediately with an explanation of how the work came about and the inspiration for her interest in calligraphy. Here are a few of her words. 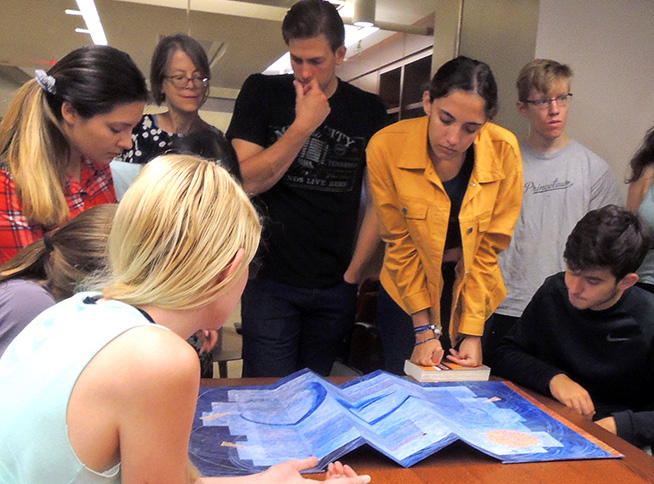 In 1997, I was invited to participate in Perspectives, the Art of the Book at the Portland Museum of Art in Portland, ME. That fall, I got a call from Lynne Fagles who said her husband had seen and liked my work and would I do a piece with words from his new translation as a Christmas present. I had read excerpts of The Odyssey in high school so began to read. I asked her to help me select text and she sent some of his favorite passages, which I marked and posted in my copy of the book. She had also asked that Greek text be included and this was before everything could be found on the web. Fortunately a local theological school had a copy of The Odyssey in Greek. 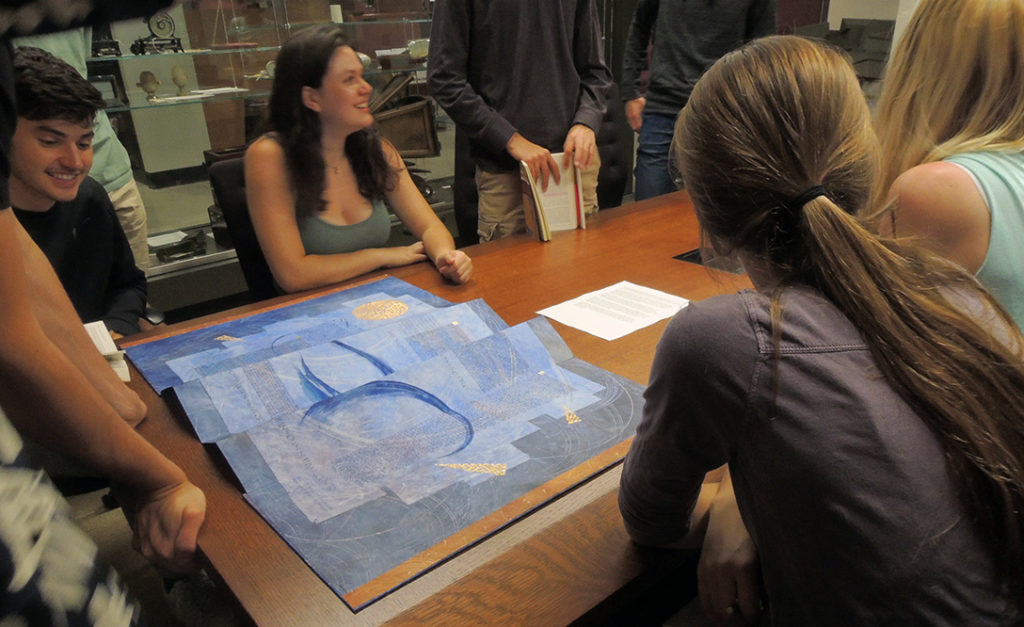 Several years before the Portland show, I’d wanted to work large on paper but not have to frame under glass. I experimented with hanging accordion fold books and liked the relief of the form. After doing several, they seemed to look ‘old’ and I began weaving in strips of gold painted paper, now Tyvek, to give texture to the surface and to be like a new communication code. The little basketmaker’s twist gives the strips dimension but can still fold flat. The weaving was also a fitting reference for The Odyssey. The ink changes color to give more variety—and to try to keep doing something a computer can’t do. Robert Fagles gave me permission to use the translation and I’ve included passages in several pieces [in addition to Sing to Me]. 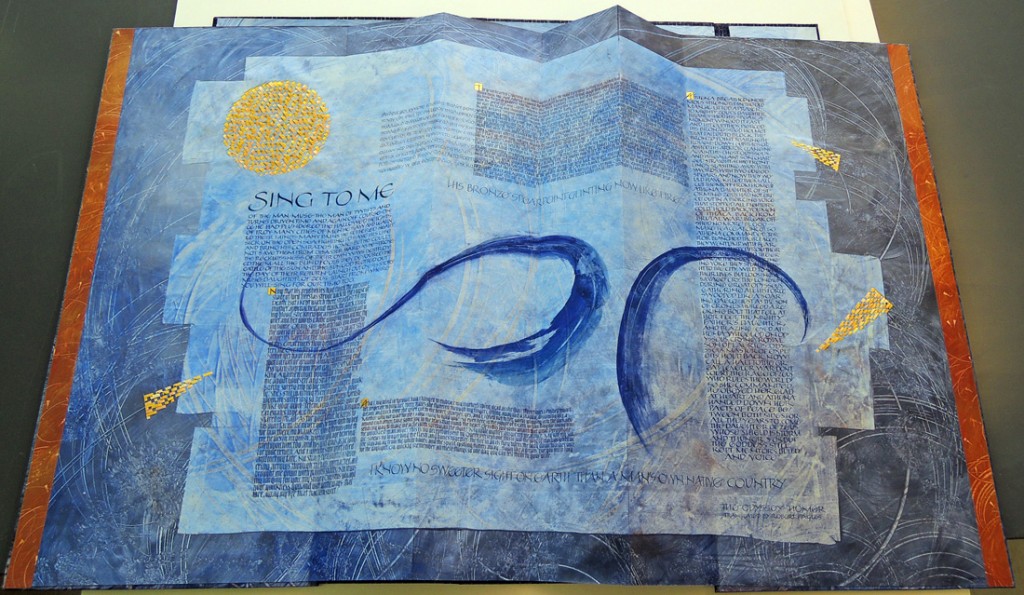