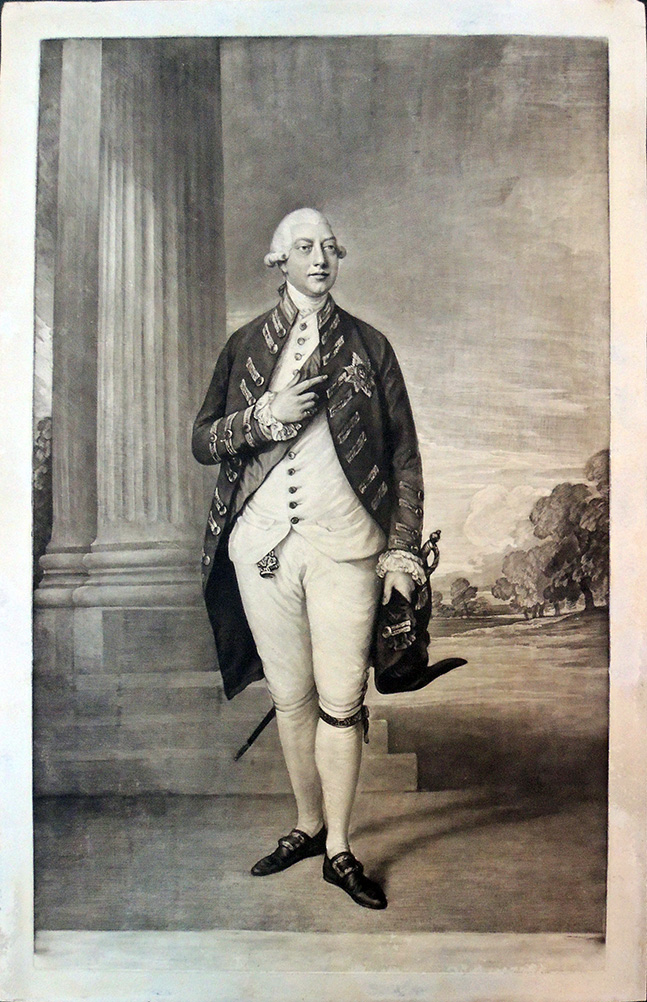 What does it say about us that we have eight boxes of George Washington portrait engravings and only a handful of George III caricatures? This is now slightly improved with the acquisition of two formal full-length mezzotint portraits of King George III (1738-1820, Reigned 1760-1820).

Gainsborough Dupont was the eldest son of Thomas Gainsborough’s sister, Sarah and Philip Dupont. He apprenticed to his uncle 1772-79; entered RA Schools 1775; remained in Gainsborough’s studio, producing studio replicas, mezzotints and oil copies, until his uncle’s death in 1788 when he inherited studio properties.

[below] James Ward (1769-1859) after painting by Sir William Beechey (1753-1839), His most Gracious Majesty George III, on his Favourite Charger Adonis. Dedicated to the Queen’s most excellent Majesty; By Her faithful and devoted Servant, John P. Thompson. London, Re Published Feb.y 6th 1811 by J.P. Thompson, G.t Newport Street, Printseller to his Majesty and the Duke & Duchess of York. Mezzotint with separately-printed title. Graphic Arts Collection 2019-in process.

There are several variations on this mezzotint, George III alone; George III with Adonis; George, Adonis and others; Adonis alone, etc. 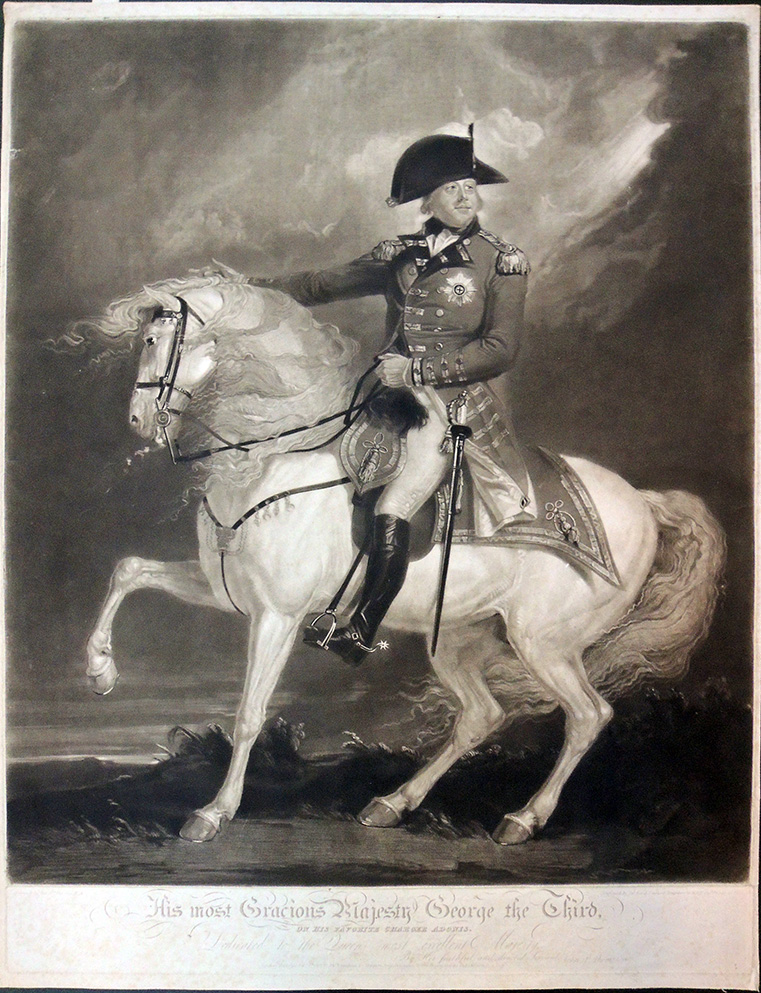 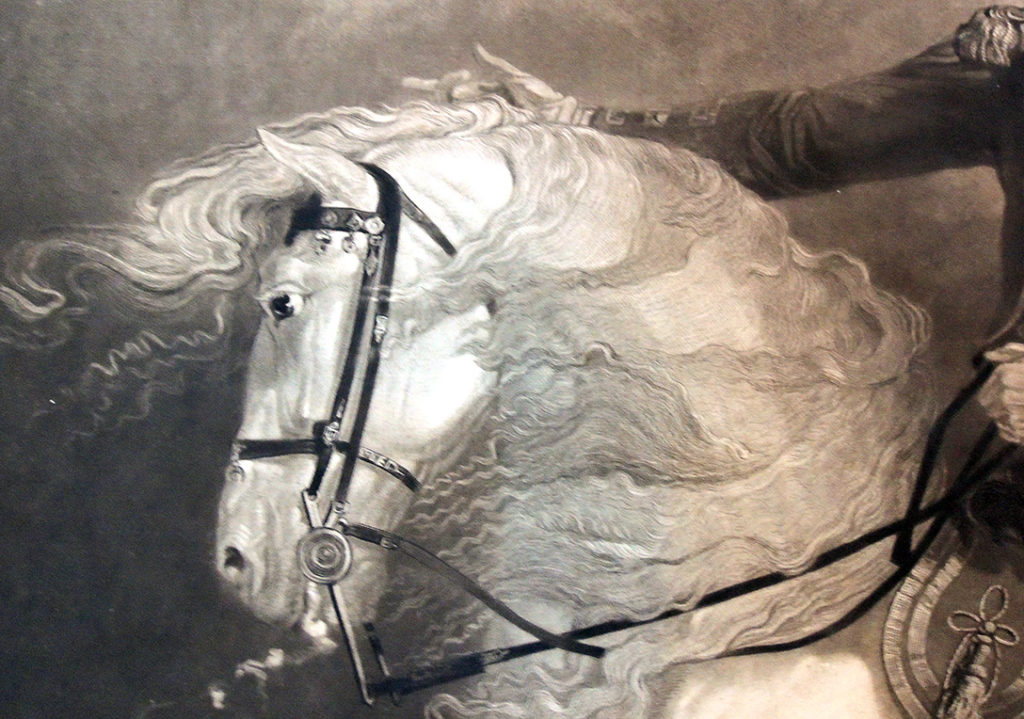 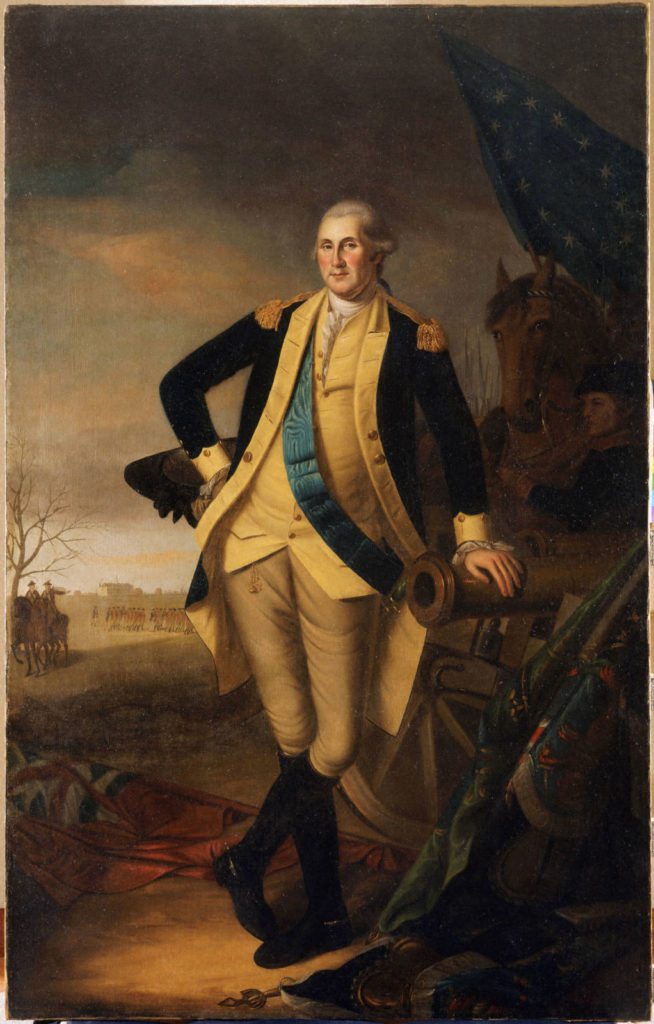