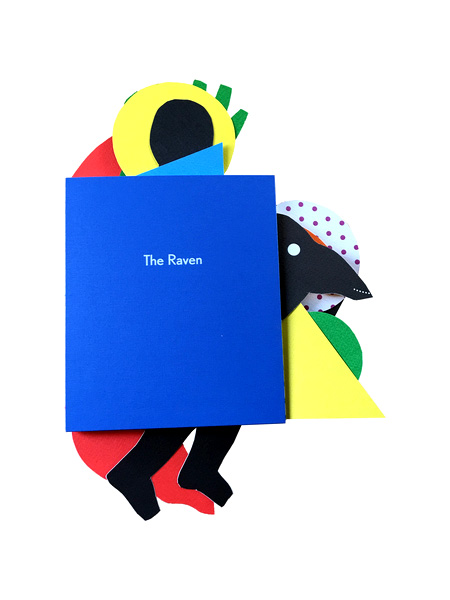 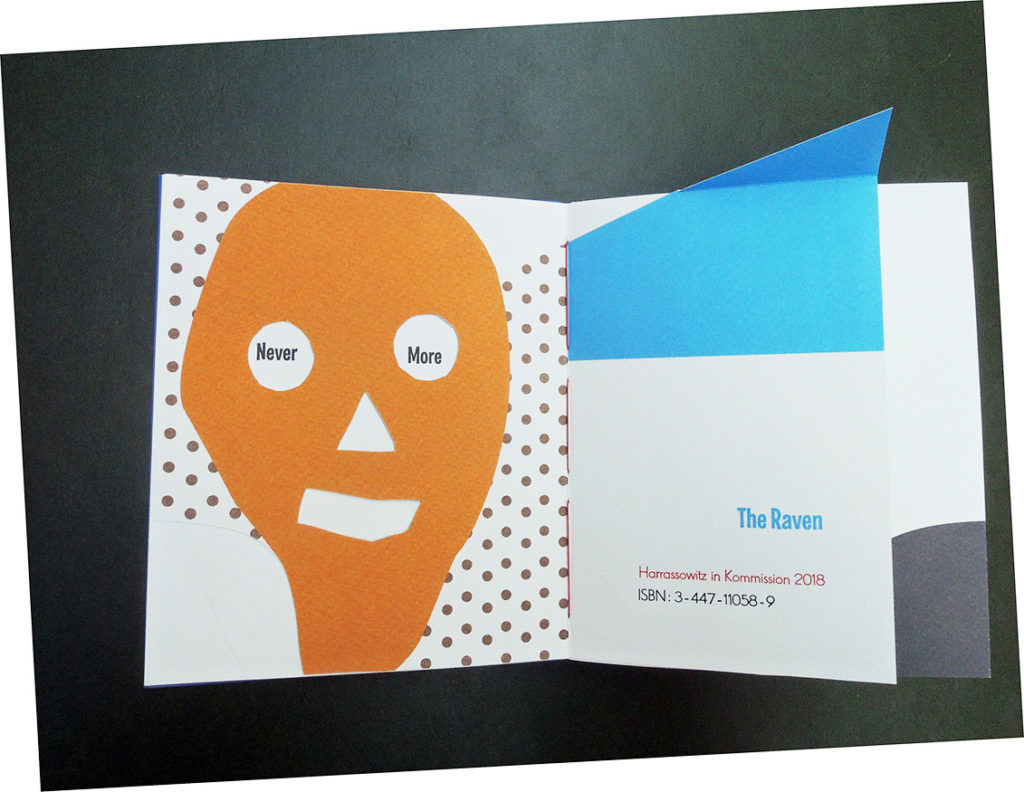 Since 1975, Felix Martin Furtwängler has been publishing hand-printed copies, artist’s books, and book objects. “Inspiration and basis for his pictures, graphics and colored figures-and-letters collages are his own and literary texts, with texts and pictures forming a symbiosis. He works with different graphic techniques such as woodcut and linocut as well as etching, combining them and experimenting with painting over them. With his painting books and graphic works, Felix Martin Furtwängler is present in far more than one hundred collections worldwide.” 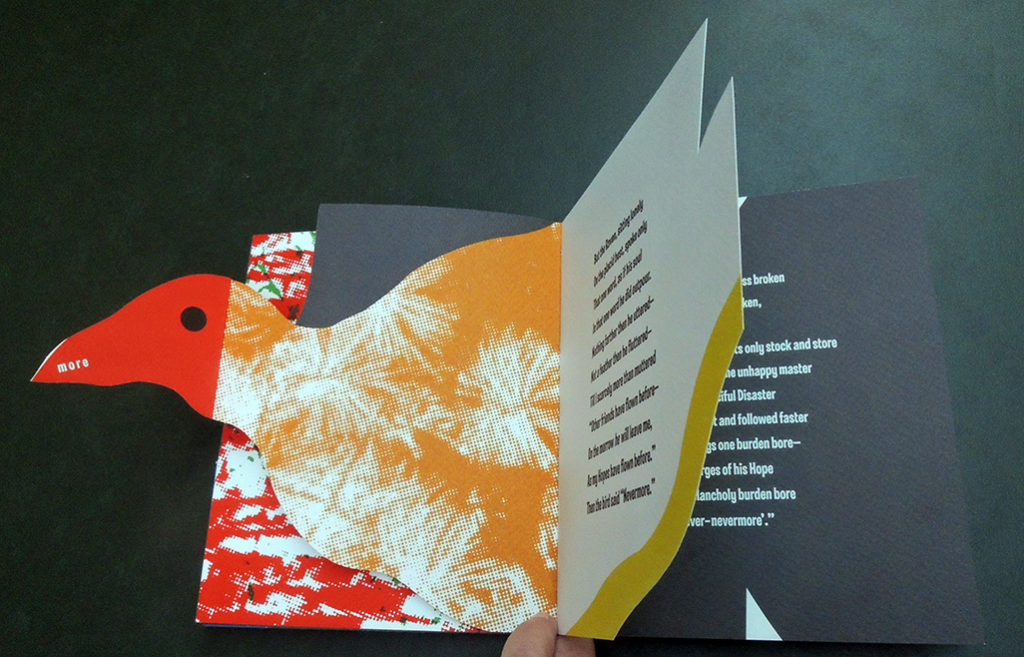 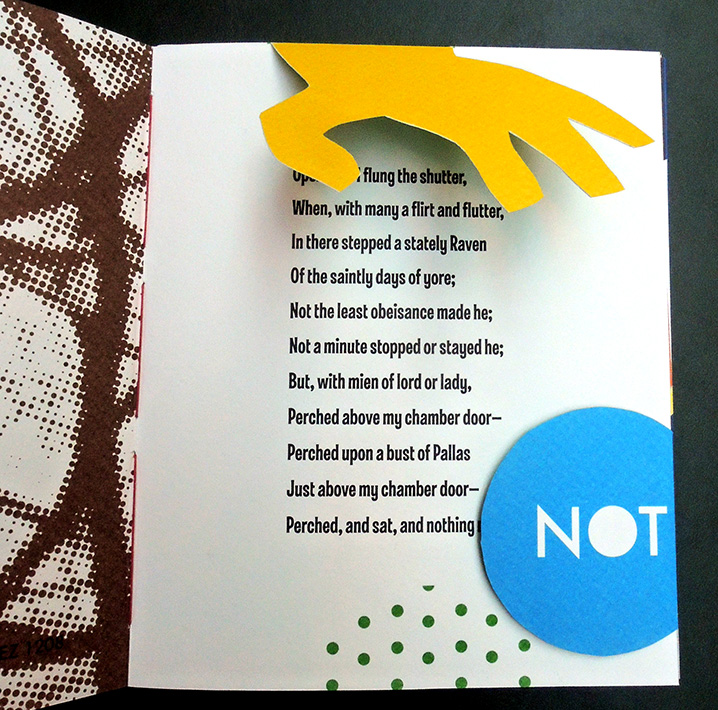 Based on Edgar Allan Poe’s narrative poem “The Raven,” Furtwängler designed and created this folding and folding book of a special kind. The prospectus notes,”Graphic illustrations by the author accompany the text, paper cuts and pop-up forms lend a three-dimensional shape and vivacity to the words. …The work was printed on a Roland 700, using the offset printing process. It was typeset manually, using the scripts Schwabach Due Mille, Las Vegas medium, Futura medium, Futura bold, Lucida Blackletter regular, Neue Helvetica medium and Special Elite regular, while each of the 14 Pantone colors on the machine was individually modulated and mixed by the artist. The paper Furtwängler chose is 200 g/qm Tintoretto Gesso wood-free white felt-marked, with a classical hand-made paper structure by Fedrigoni.” 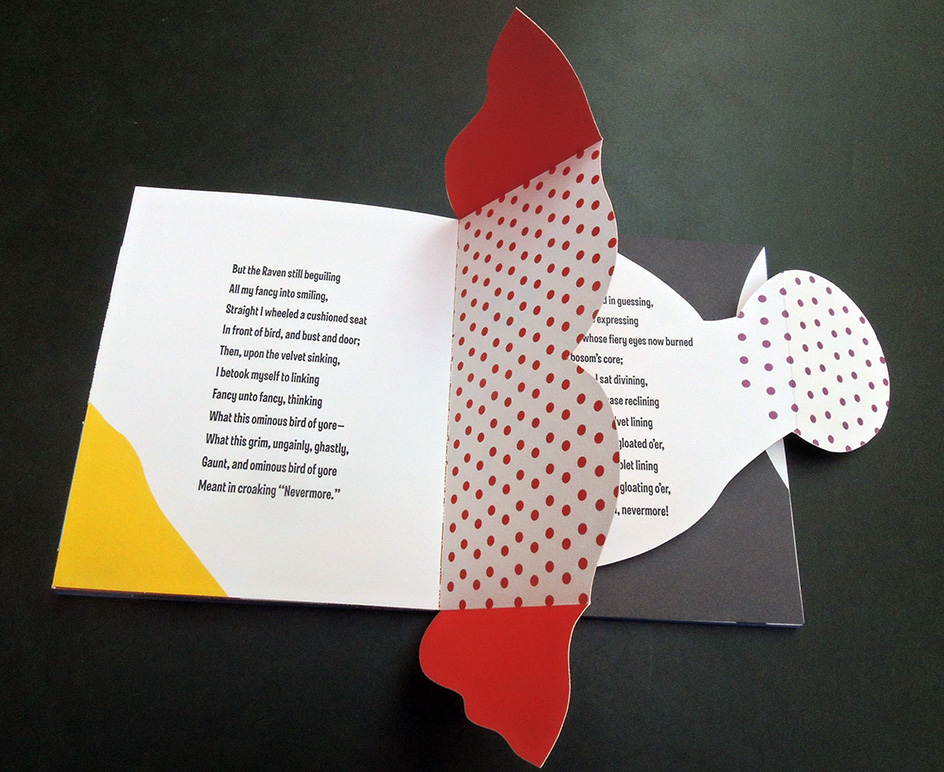 “Thereafter, the artist cut each single leaf by hand, grooved and folded them. The folded single leaves were collected into sewing layers by hand, sewn with open thread-stitching with triple cross-stitch and fitted between two book covers made of 2.2 mm thick book binding board, covered by blue Hansa linen and embossed with white hot-foil embossing on the front cover and a printed ending paper made of 200 g/qm Tintoretto Gesso.” 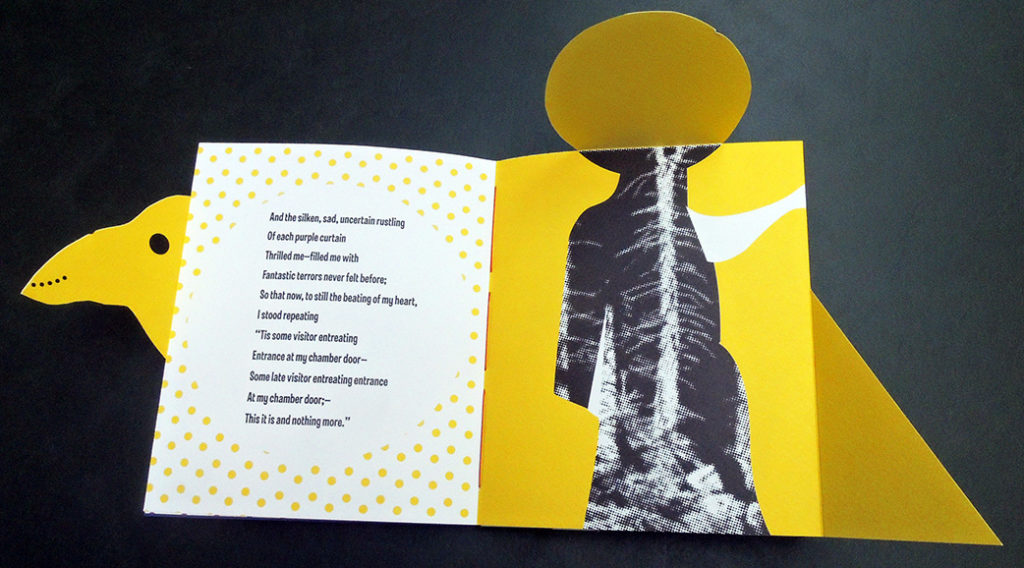 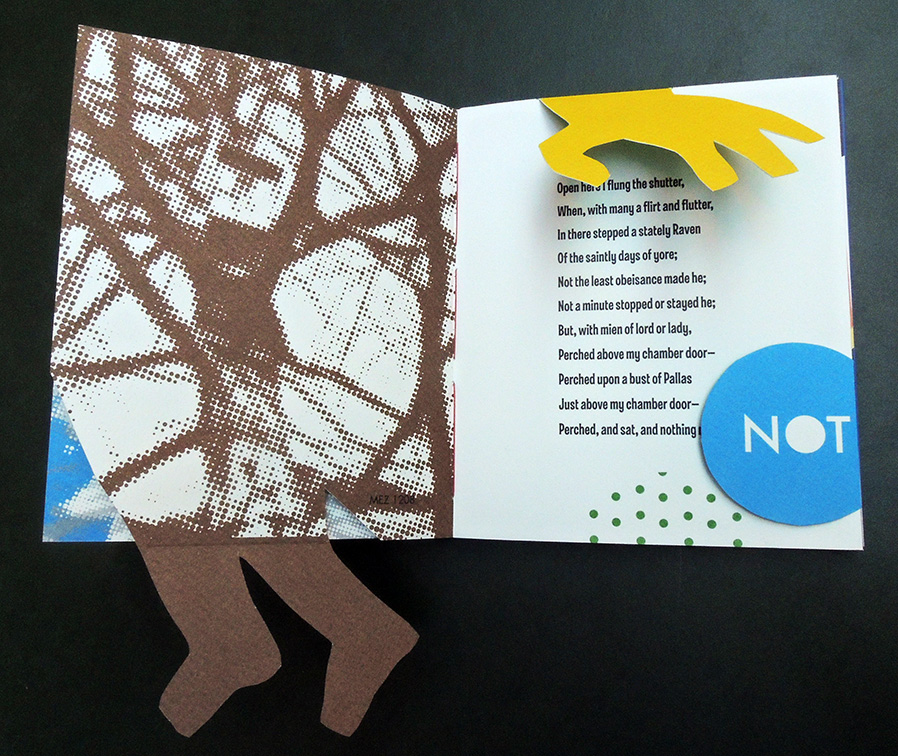