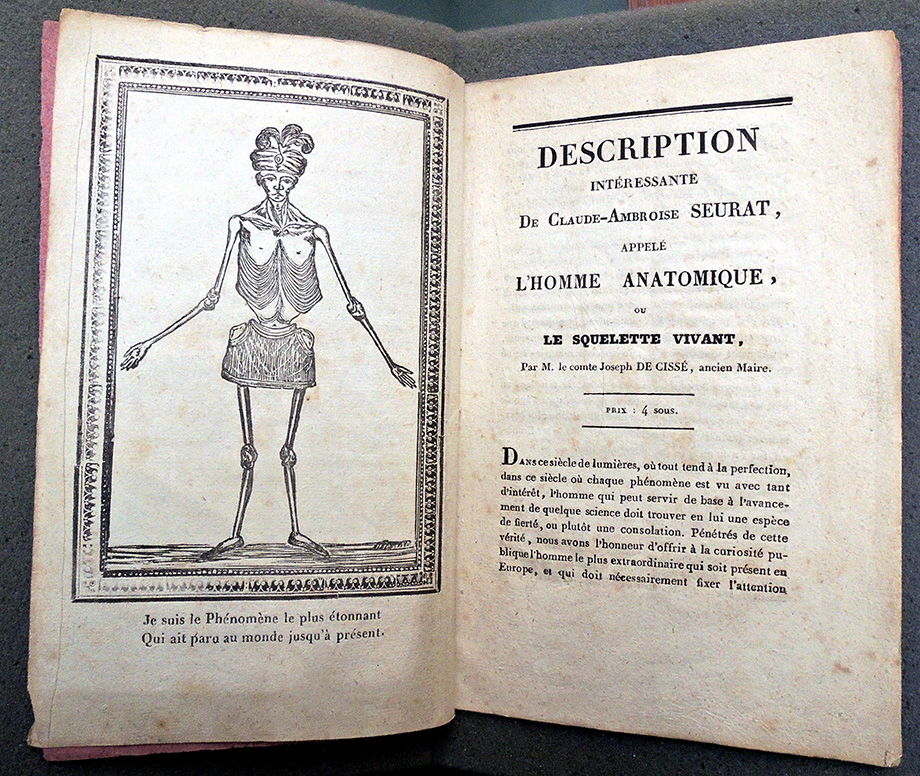 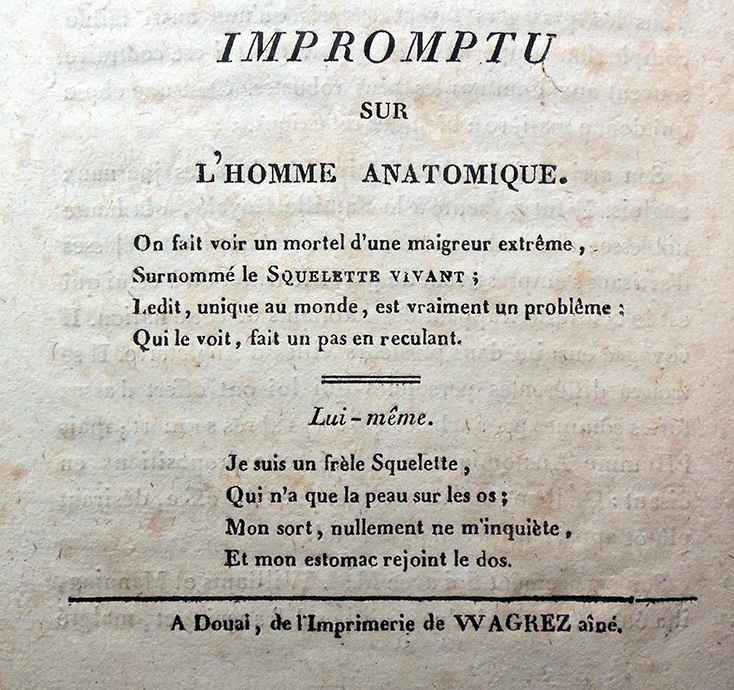 “A few words may here be said with regard to the individuals occasionally exhibited at Shows and Fairs, and known popularly as “Living Skeletons,” for in some of them it is probable that we have to do with a congenital absence of the subcutaneous fat which has persisted till adult life. …In 1826, Claude Ambroise Seurat, the so called ” Anatomie Vivante,” or ” Living Skeleton,” was exhibited in the Chinese Saloon, Pall Mall, London, and in other towns of the United Kingdom. He was then 26 years of age, about five feet and a half in height, and showed such a markedly atrophic state of the subcutaneous fat, and to some extent of the muscular system also, as fully to justify the designation “Living Skeleton,” which was popularly applied to him.

In one of the newspapers of the time the following statement occurs :*—” His father and his stepmother are both with him, and if we credit their account, he was brought into the world thus afflicted, grew to his present height at fourteen years old, and has never had a day’s illness in his life.” His parents, however, do not seem to have been very clear about the congenital character of the anomaly, for in another account, written for some paper by a medical man, the following sentence occurs: “According to the statement of his father (the mother is dead), he presented nothing extraordinary in his appearance at the time of birth; though, in my own mind, I have no doubt but the same malformation was existent then, which is so apparent now.”

One of the advertisements with regard to this man reads thus:—”Anatomie Vivante, Or Living Skeleton.—This extraordinary production of Nature has been examined by many of the most eminent of the Faculty in France and in England, who pronounce him a great phenomenon. He has been brought to this country at a considerable expence [sic], in the confident hope that he will contribute to the advancement of science. He is 28 years of age, in good health, and has from his birth resembled a Skeleton, although he has attained an enlargement of bone equal to any of his age.—The Faculty and the Public are invited to view so unparalleled a Being, who will be exhibited on TUESDAY next, 9th inst, at the Chinese Saloon, 94 Pall Mall.— Hours of exhibition from 10 to 1, and from 2 to 6.—Admission, 2s. 66.” — John William Ballantyne, The Diseases and deformities of the fœtus, v. 2 (1895) 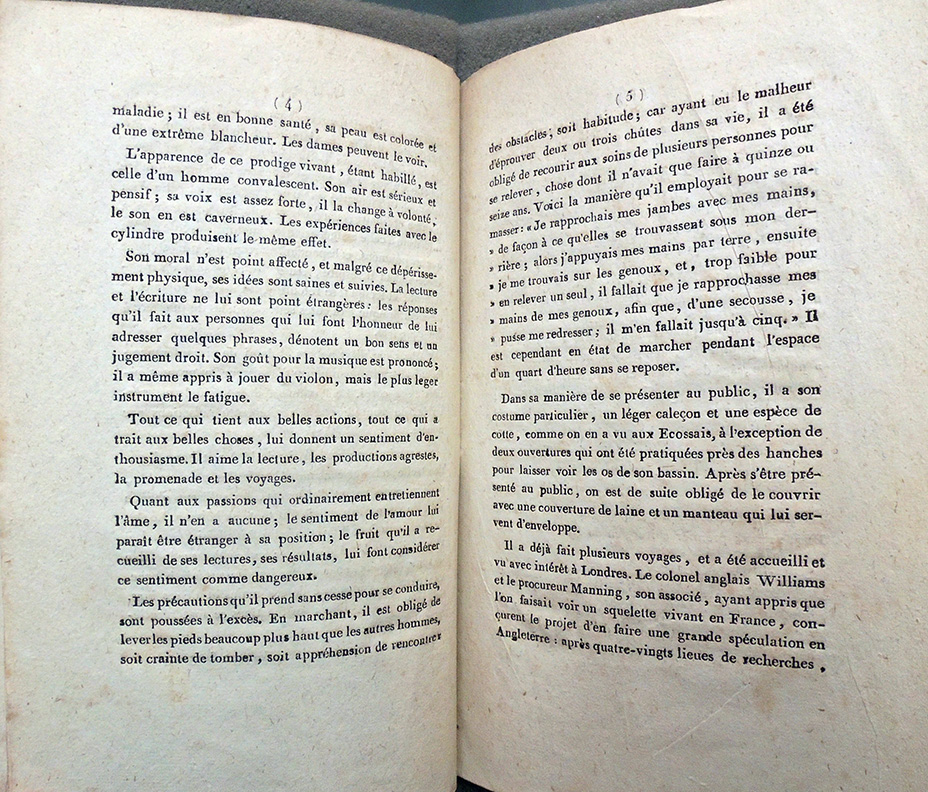 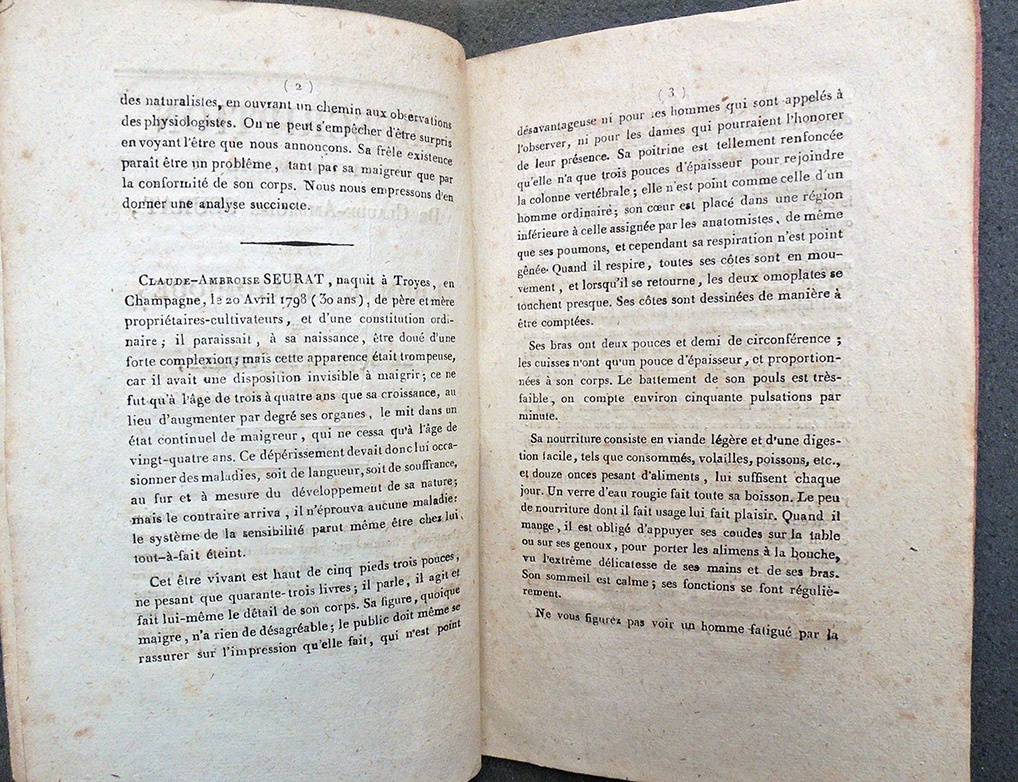 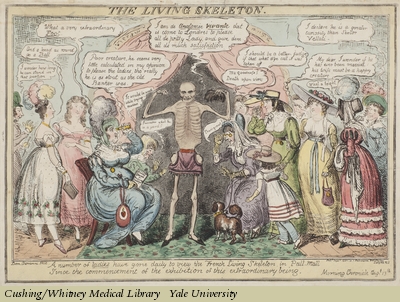