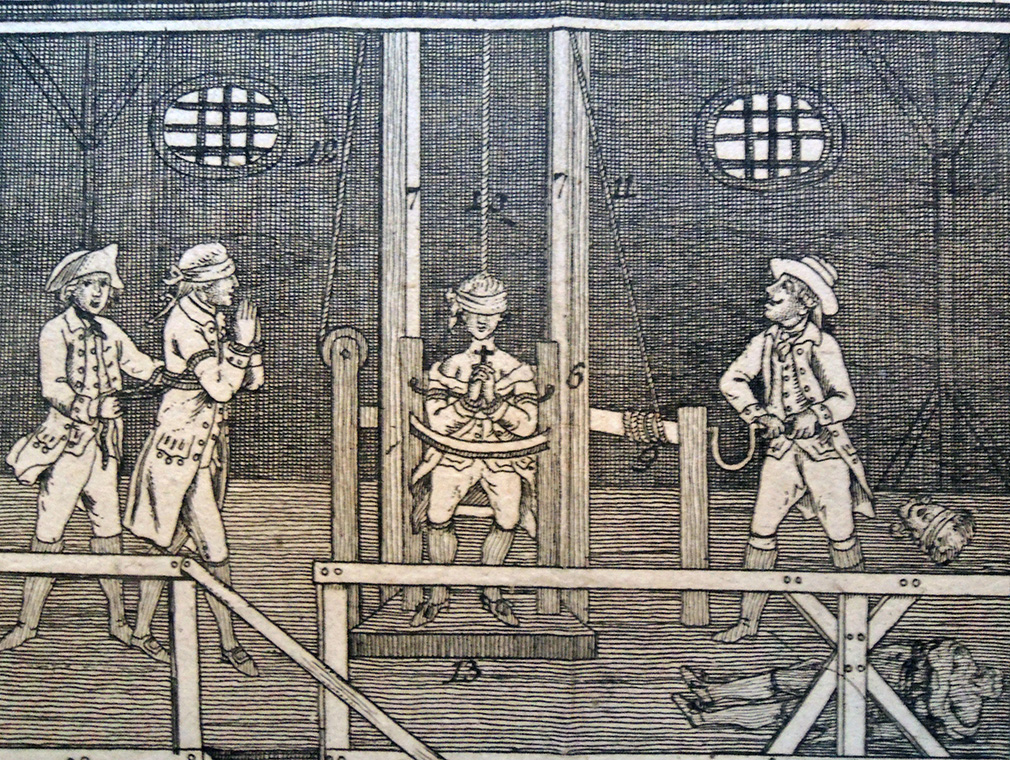 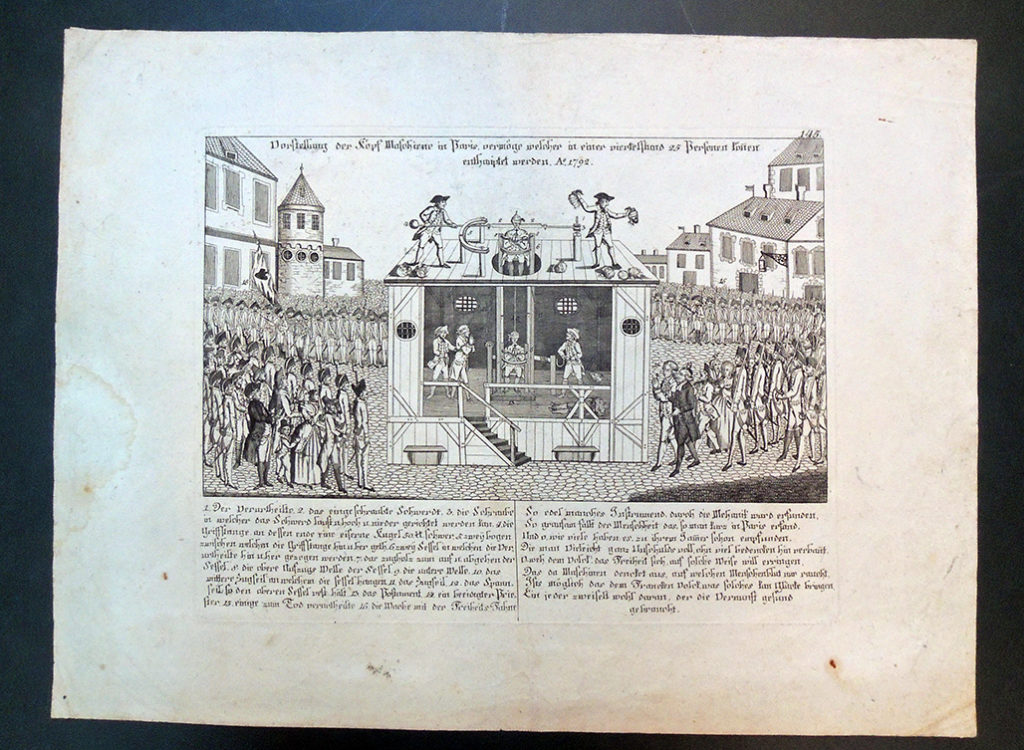 Johann Martin Will (1727 -1806), Vorstellung der Kopf Maschiene in Paris. Vermöge welcher in einer viertelstund 25 Personen könen enthauptet werden [Representation of the Head Machine by which 25 persons can be beheaded every quarter of an hour] [Augsburg: Johann Martin Will], 1792. Etching with engraving, engraved text in German and French. Graphic Arts Collection GAX 2019-in process

This unsigned satire of the French guillotine has been attributed to Augsburg-based printer/publisher Johann Martin Will, imagining a machine that will kill 25 people every 15 minutes. Parts are numbered in a scientific manner. Several victims are depicted, before and after, with heads and bodies scattered throughout. On the right, a “certified priest” walks both men and women prisoners towards the apparatus while on the left the audience includes children.

To make sure the viewer understands the import of the scene, the second column of text decries the horrors of the guillotine and of the current popular delusions: “… Oh woe to the people who strives to win freedom in such a manner, who invents such machines, steaming with human blood…. All who make sane use of their reason must despair.” 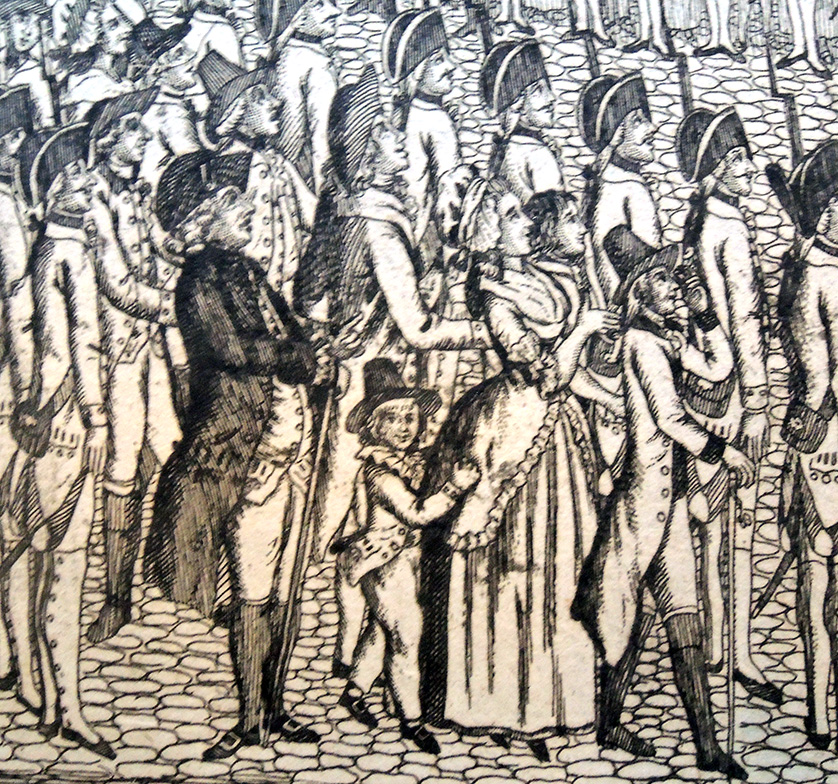 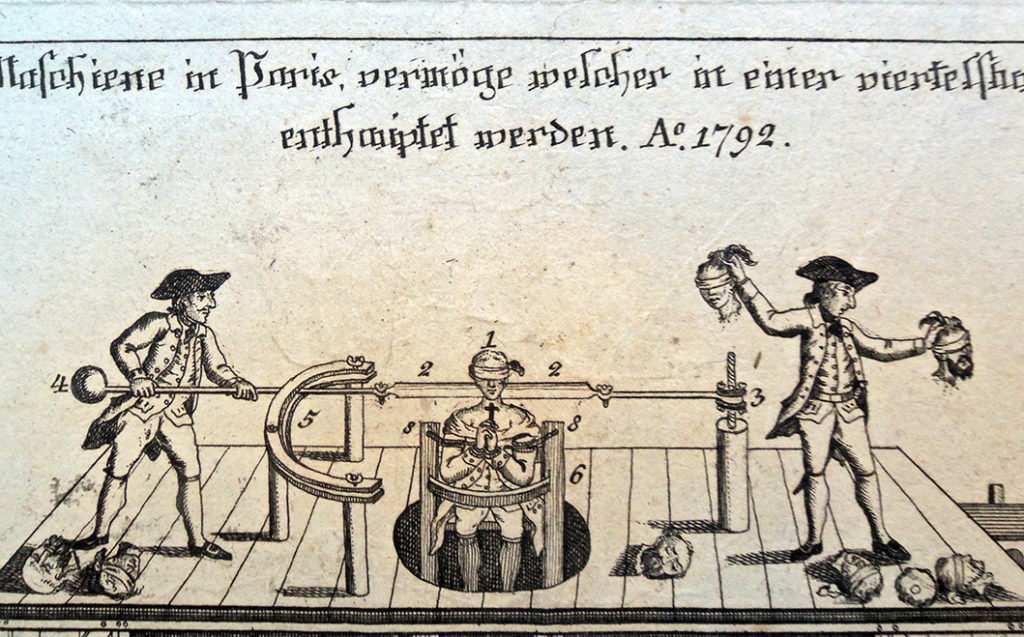