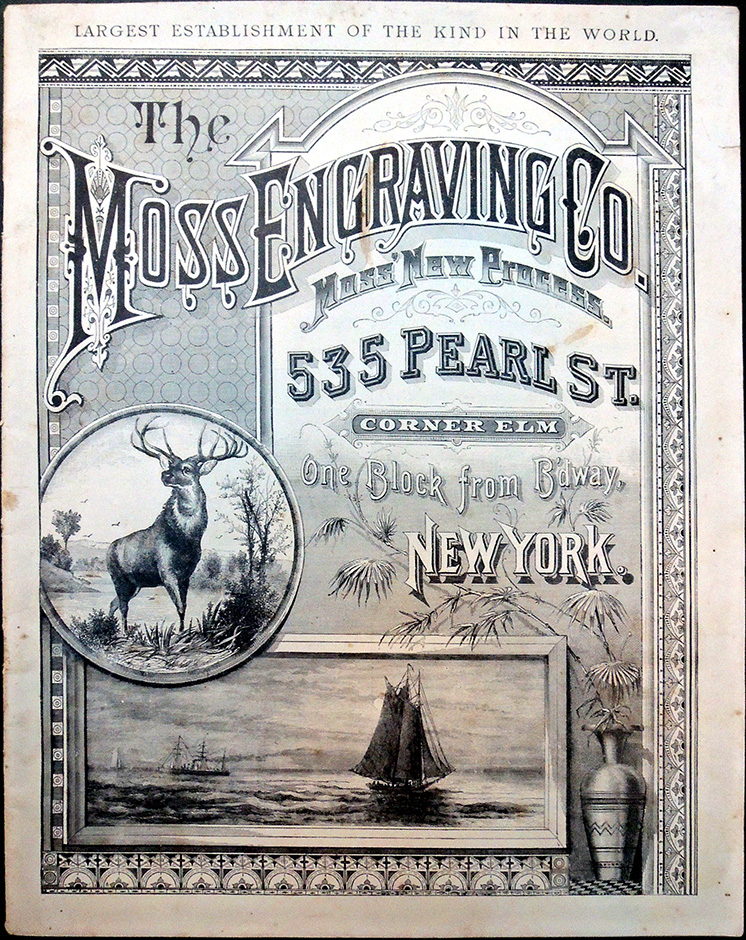 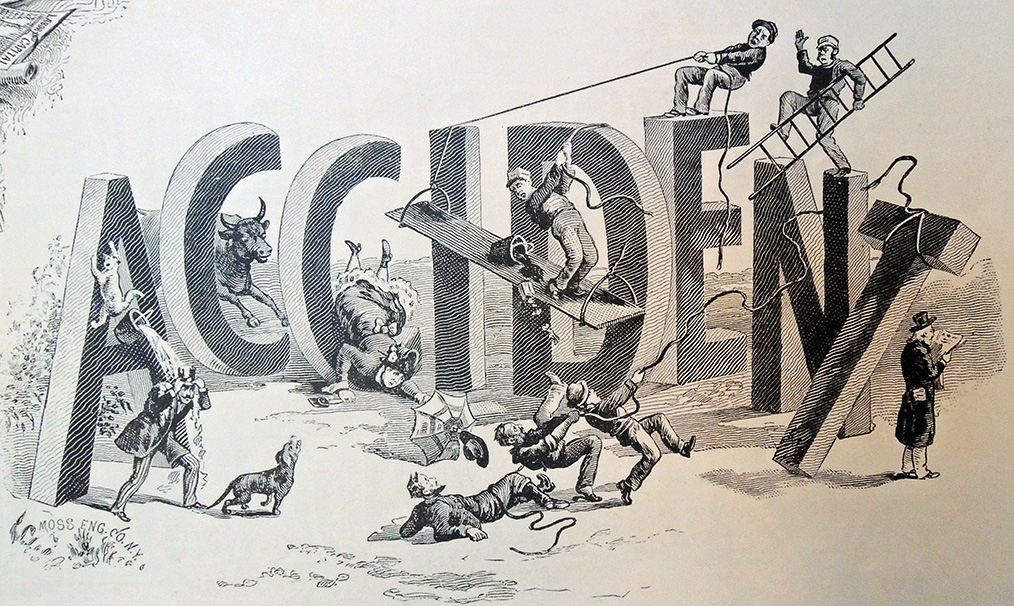 The Graphic Arts Collection recently acquired an important specimen catalogue accomplished by means of photo-engraving, a revolutionary technique developed by the firm’s founder John C. Moss. Developed in 1863, his process allowed for the mass production of illustrated books and magazines with speed and efficiency that would have been impossible with traditional wood engraving.

In 1873 Moss founded the Moss Photo-Engraving Company. “By the early 1880’s, according to [Benson] Lossing, his 200 employees were annually turning out an amount of work that would have required at least 2000 wood engravers … Thanks to Moss, America became the leader in the world for mass-producing periodicals and books that contained actual photographs instead of wood-engraved drawings.” In 1880, Moss left that company and founded the Moss Engraving Company, whose product is the subject of this catalogue. 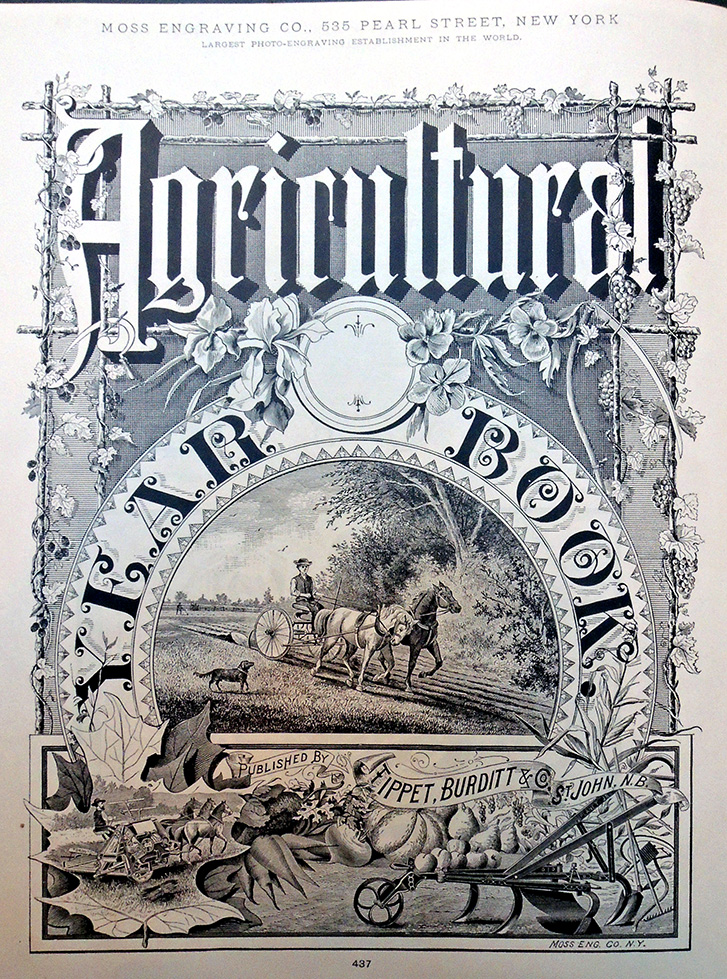 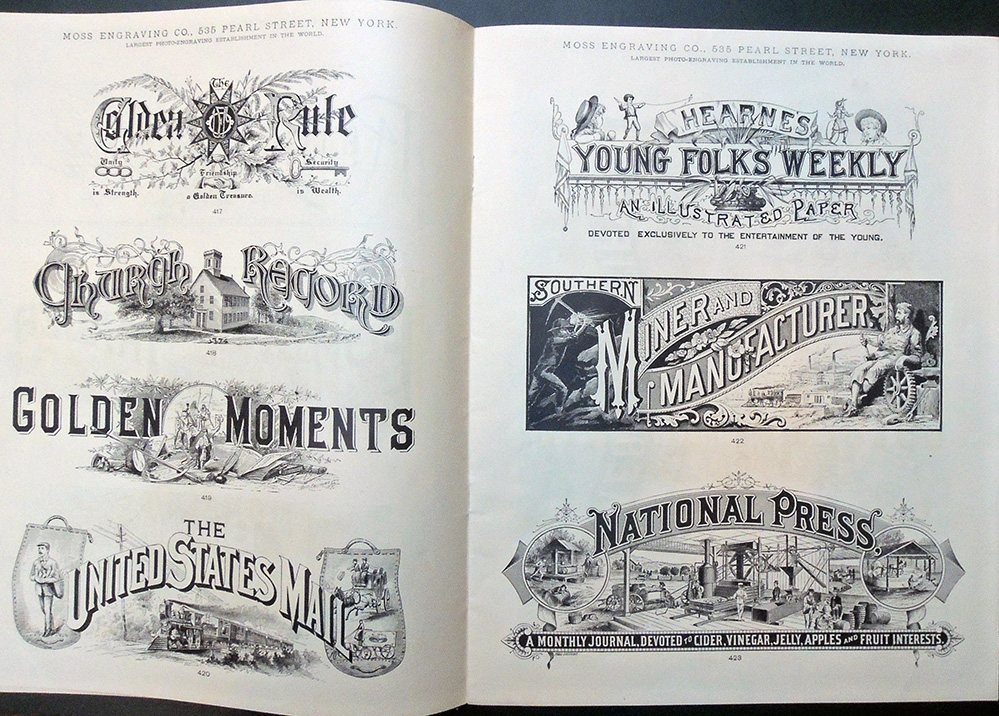 “…The first one to attempt photo-engraving as a business, I have been told, was a Frenchman. named Charles Henry. This was in i865. I believe he made some successful maps. His method was a combination of photo-lithography and zinc etching. The first man to make a substantial success, in a business way, of photo-engraving was without doubt John C. Moss. I well remember the first establishment he had, for I applied there for work. This was in Cortlandt Street. New York, and the year was 1874. I thought I knew all about photography in those days, and I was not slow to tell Moss so. He was anxious to keep his process secret, and naturally did not employ me. I found employment, however. with the Daily Graphic, and soon after Moss moved his business but a dozen doors away from the Graphic building, so that for the subsequent ten years I had an excellent opportunity to watch with interest the growth of his business.

His was the original ‘Photo-Engraving Company‘ and in his place was made about all the photo<engraving there was. He was unable to keep his process secret, some of his employees discovered his methods and went into business themselves. His relief plates were made by what is known as the swelled gelatine method. When he had demonstrated that there was money in photo-engraving other experimenters succeeded in devising a process of photo-engraving called the ‘wash-out method.’ This supplied an electrotype. Competition and price-cutting began then. In 1881, the writer tried to introduce zinc etchings to the publishers of New York, but failed. He was ahead of the times.

In 1884 William Kurtz tried the same thing. He received assistance from a master of business methods—F. A. Ringler—and they founded the Electro-Light Engraving Co. of New York. The zinc-etching method of photo-engraving by which this firm produced all their work proved to be the quickest and most economic one. Moss took it up later, but not until he had lost his grip on the trade that he had only a few years before monopolised. Though not the original photo-engraver, John C. Moss pioneered the way to photo-engraving as a business.“——unidentified author, The Inland Printer, December, 1899 quoted in The Photogram 7 (1900) 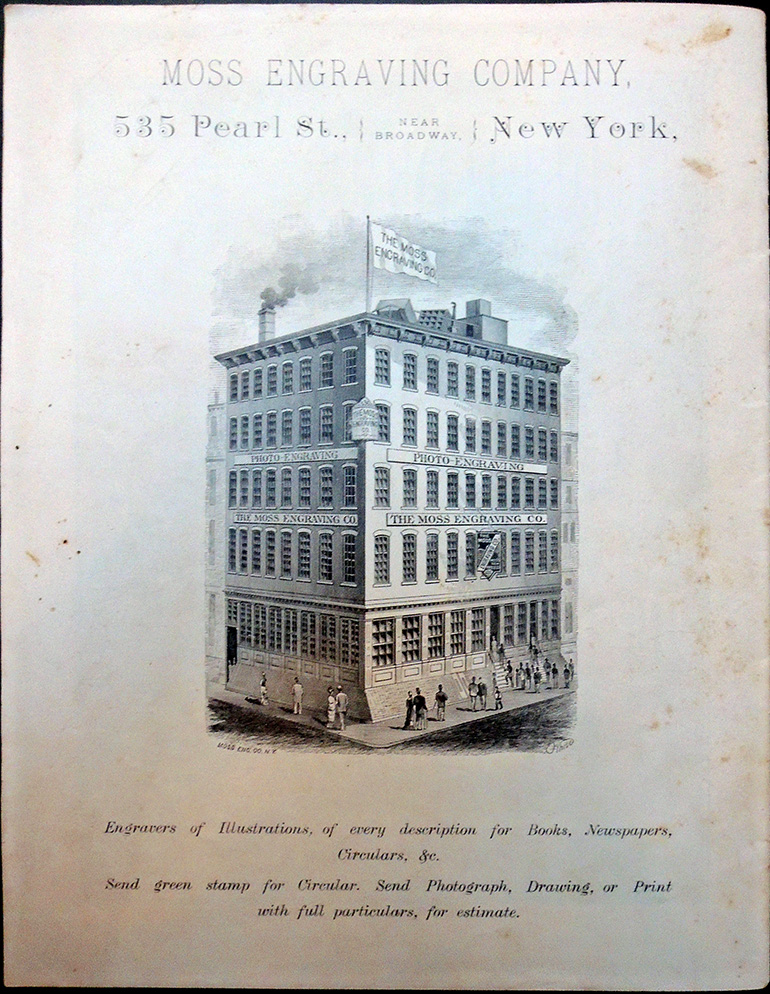 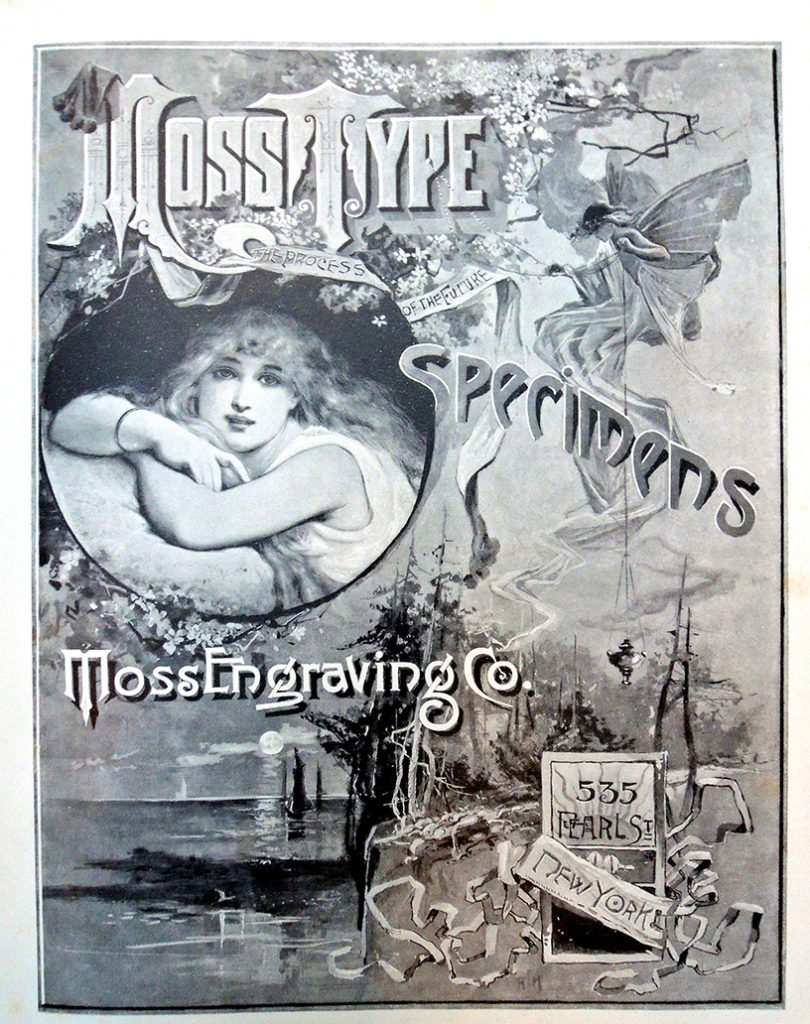 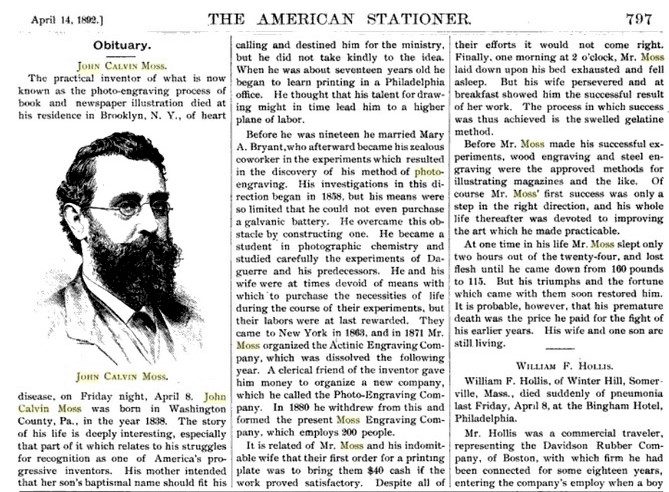