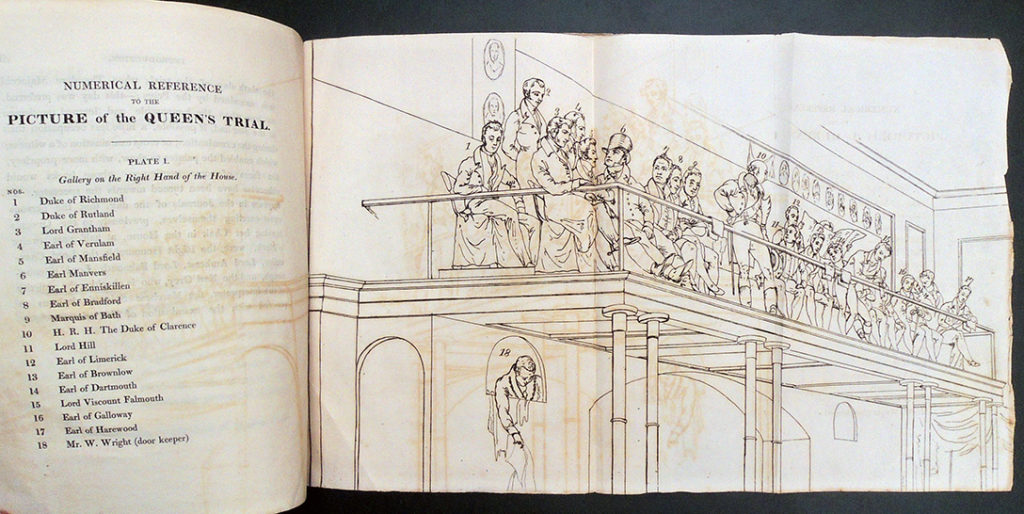 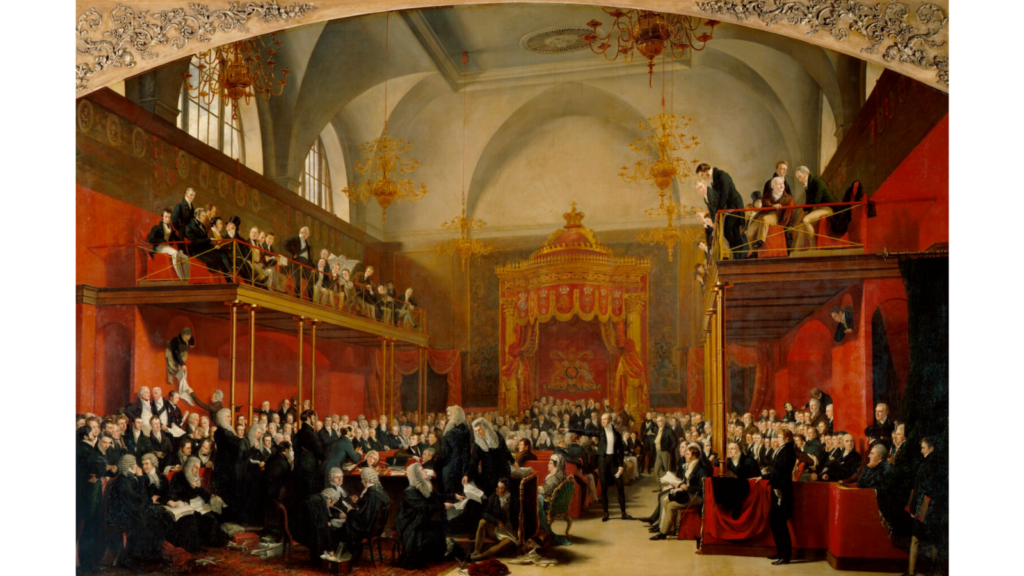 A Descriptive catalogue of the Great Historical Picture, A Descriptive Catalogue of the Great Historical Picture, painted by George Hayter, member of The Academy of St. Luke, &c. &c. &c., representing the trial of Her Late Majesty Queen Caroline of England: with a faithful interior view of the House of Lords, and one hundred and eight-nine portraits ; amongst which are included those princes of the royal family, with most of the peers and distinguished personages who were in the House on that memorable occasion, and who did the artist the honor to sit : containing in the whole upwards of three hundred figures : now exhibiting at Mr. Cauty’s great rooms, No. 80½, Pall Mall. London: Printed by W. Hersee, White Lion Court, Cornhill. 1823. Graphic Arts Collection 2020- in process. 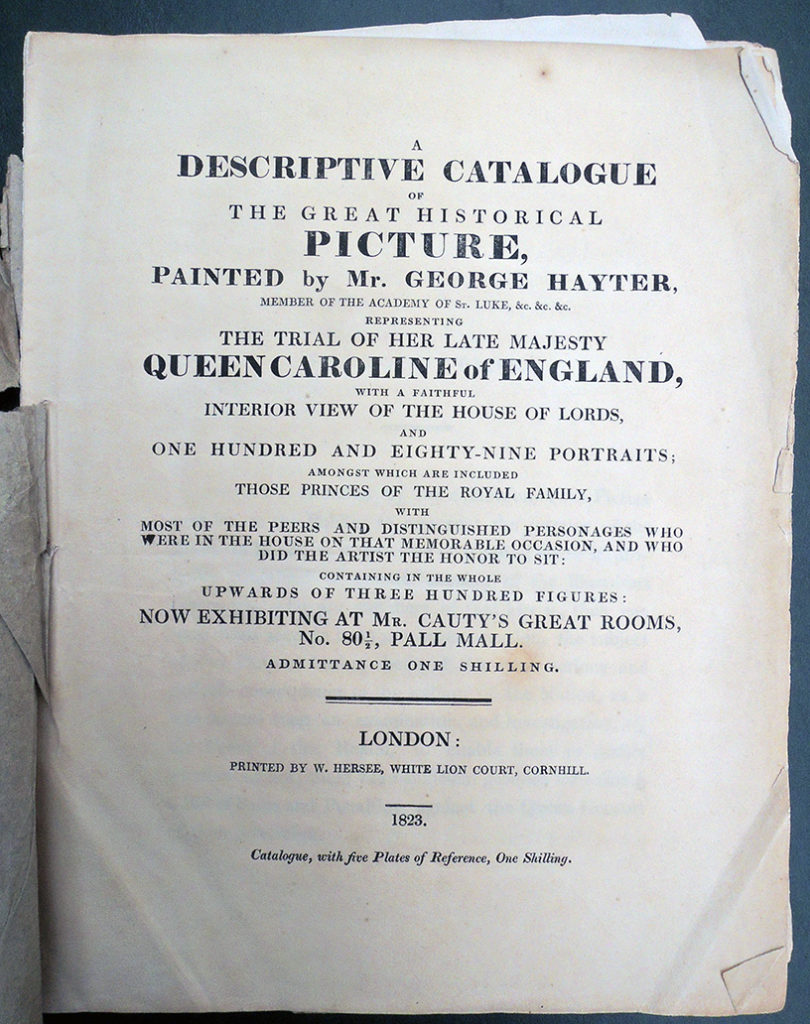 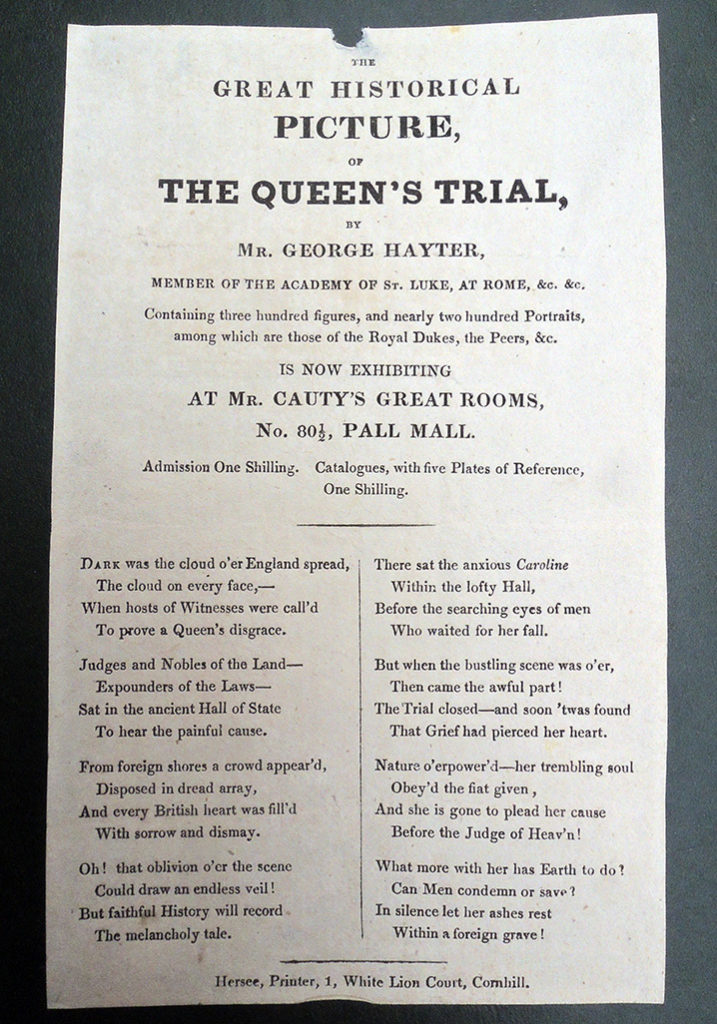 On August 17, 1820, 260 prominent citizens of London gathered in the House of Lords to hear the introduction of the bill of pains and penalties aimed to “deprive Her Majesty Caroline Amelia Elizabeth of the Title, Prerogatives, Rights, Privileges and Pretensions of Queen Consort of this Realm, and to dissolve the Marriage between his Majesty and the said Queen.” — J. B. Priestley, The Prince of Pleasure and his Regency (1971). The Pains and Penalties Bill passed by a narrow margin.

London artist George Hayter received the prestigious commission to paint the scene, asking dozens to sit for him in his studio so their portraits would be accurate. Three years later, he capitalized on the excitement still surrounding the trial by staging an exhibition of his painting in Pall Mall with a catalogue [seen here] identifying each person attending the trial. This guaranteed the sale of his catalogue to at least the 189 people in the scene.

The Graphic Arts Collection recently acquired both the illustrated catalogue for Hayter’s exhibition and a handbill handed out to potential patrons passing in the street. 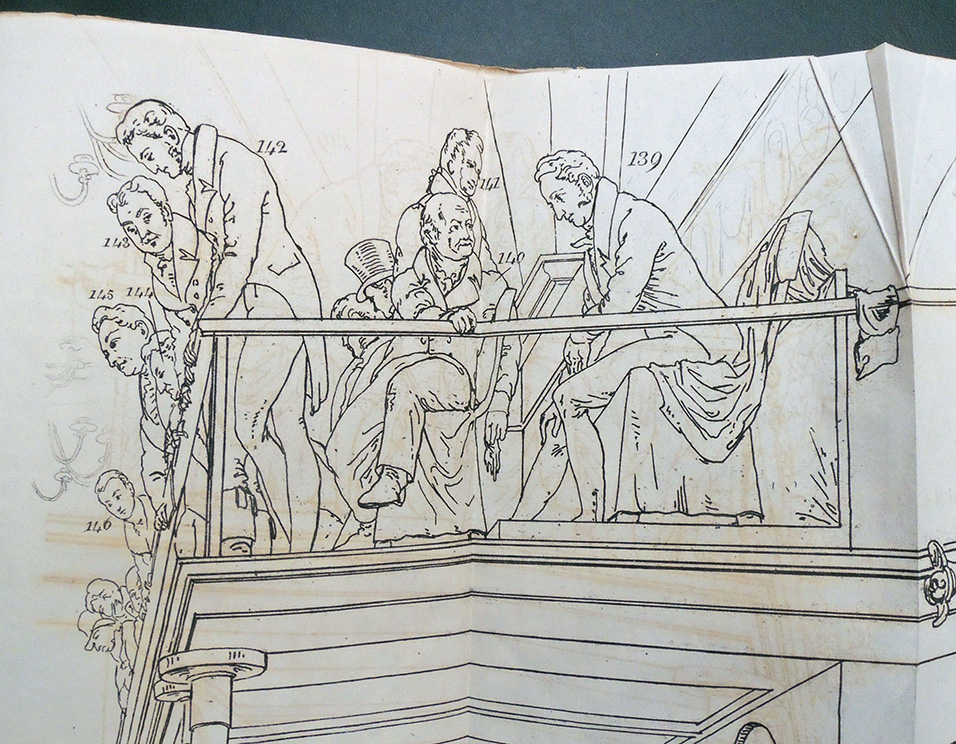 Affixed to the end of the catalogue is a note: “* The Asterisks are placed to the names of those gentlemen who, though present at the Trial, are so situated in the Picture, that the Artist did not find it necessary to trouble them to sit [pose for their portrait].”

The 8 stanza poem on the handbill is fittingly dramatic, equal to the excitement felt throughout London: “There sat the anxious Caroline / within the lofty Hall / Before the searching eyes of men / Who waited for her fall.” 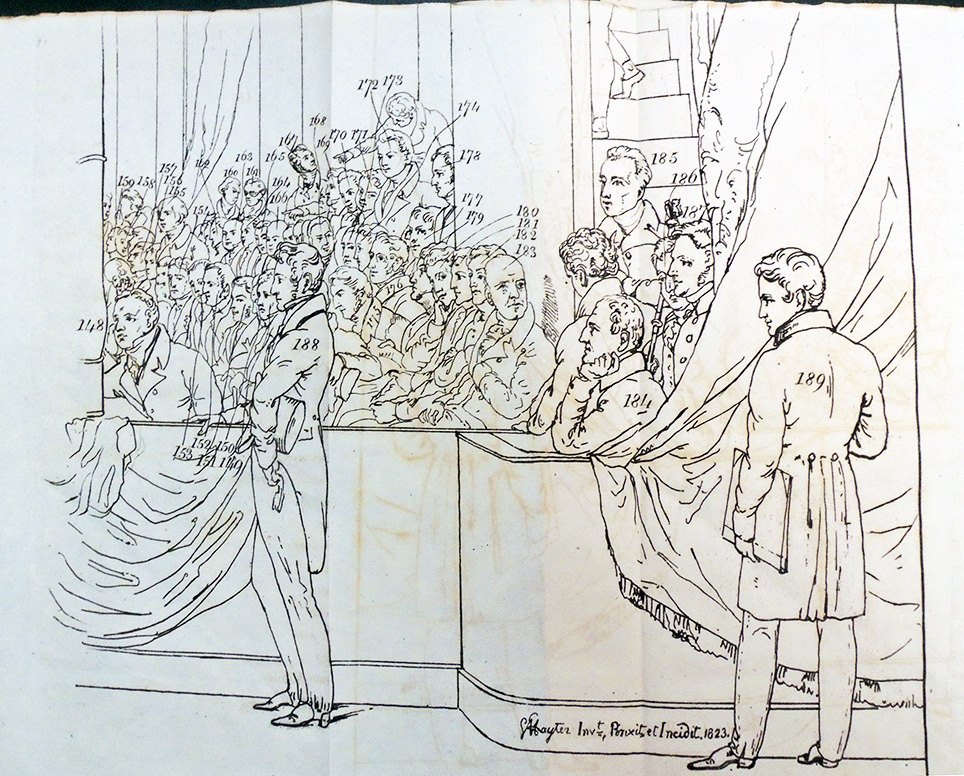