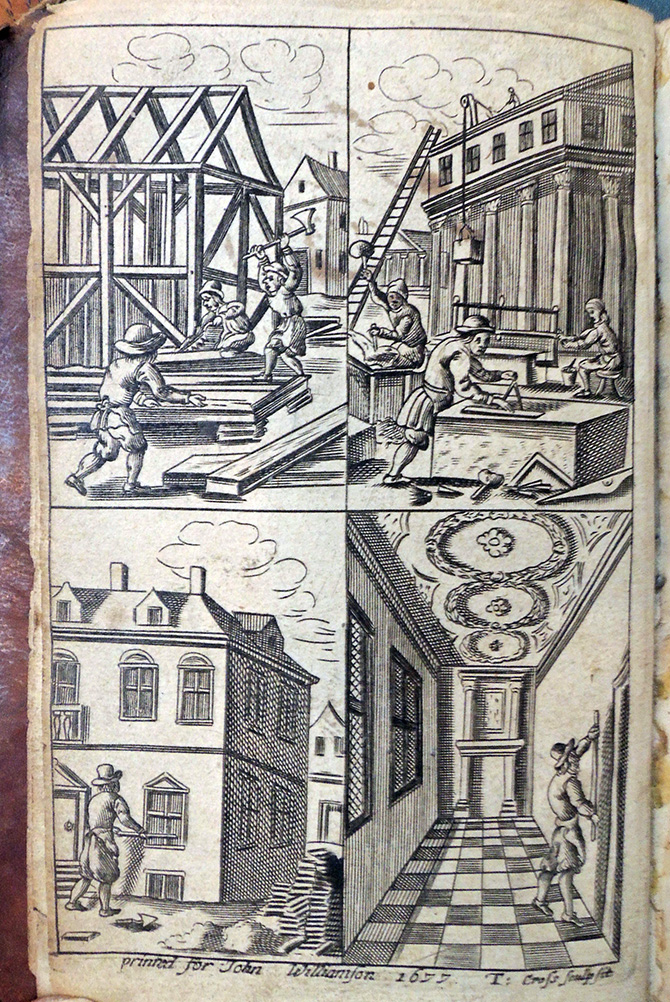 Besides information on carpentry and logarithms, this book contains a frontispiece by the wonderful, under appreciated printmaker Thomas Cross, the elder (1632?–1682), who is credited with over 200 portraits.

The National Portrait Gallery, London, lists 165 prints, http://www.npg.org.uk/collections/search/person/mp10604/thomas-cross?role=art and Johnson’s A Catalogue of Engraved and etched English title-pages lists only 26. When someone recognizes his worth, a complete study will list more. 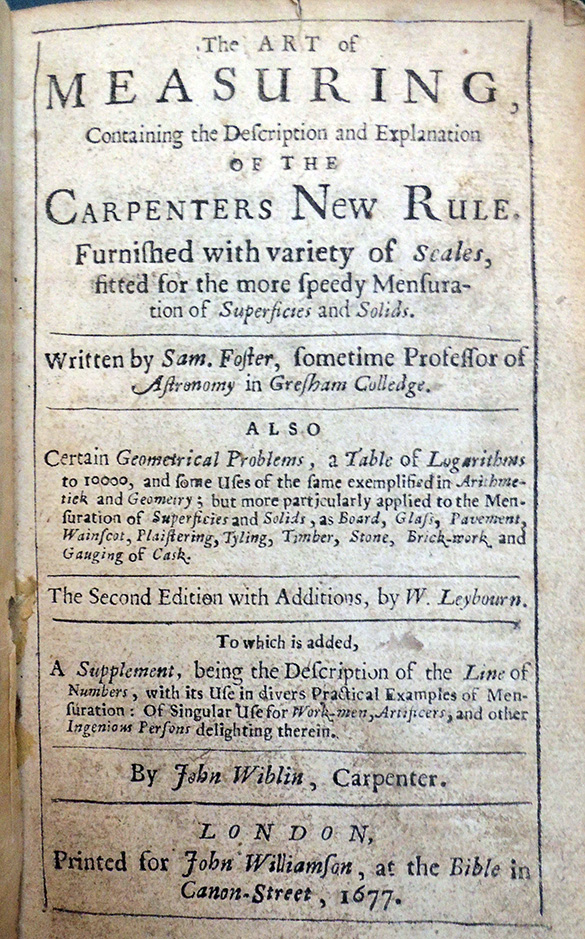 Samuel Foster (died 1652), The art of measuring: containing the description and explanation of the carpenters new rule. Furnished with a variety of scales, fitted for the more speedy mensuration of superficies and solids. Written by Sam. Foster, sometime Professor of Astronomy in Gresham Colledge. Also, certain geometrical problems, a table of logarithms to 10000, and some uses of the same exemplified in arithmetick and geometry ; but more particularly applied to the mensuration of superficies and solids, as board, glass, pavement, wainscot, plaistering, tyling, timber, stone, brick-work and gauging of cask. The second edition with additions by W. Leybourn. To which is added, A supplement, being the description of the line of numbers, with its use in divers practical examples of mensuration: of singular use for work-men, artificers, and other ingenious persons delighting therein By John Wiblin, carpenter. (London: Williamson, 1677). Rare Books 2007-3537N

Here are a few other Cross title pages and frontispieces:

CROSS, THOMAS (fl. 1632-1682), engraver, was employed in engraving numerous portraits of authors and other celebrities as frontispieces to books published in the middle of the seventeenth century. His style shows no attempt at artistic refinement, but merely an endeavour to render faithfully the lineaments of the persons or objects portrayed; this he executed in a dry and stiff manner. His portraits are, however, a valuable contribution to the history of the period, and some of them are the only likenesses we possess—e.g. that of Philip Massinger, prefixed to an edition of his plays in 1655. Among the persons of note whose portraits were engraved by him were Thomas Bastwick, Richard Brownlowe, Jeremiah Burroughes, …, and many others, including a portrait of Richard III in Sir G. Buck’s ‘ Life and Reign’ of that monarch (1646).

Foster’s book ends with an advertisement! 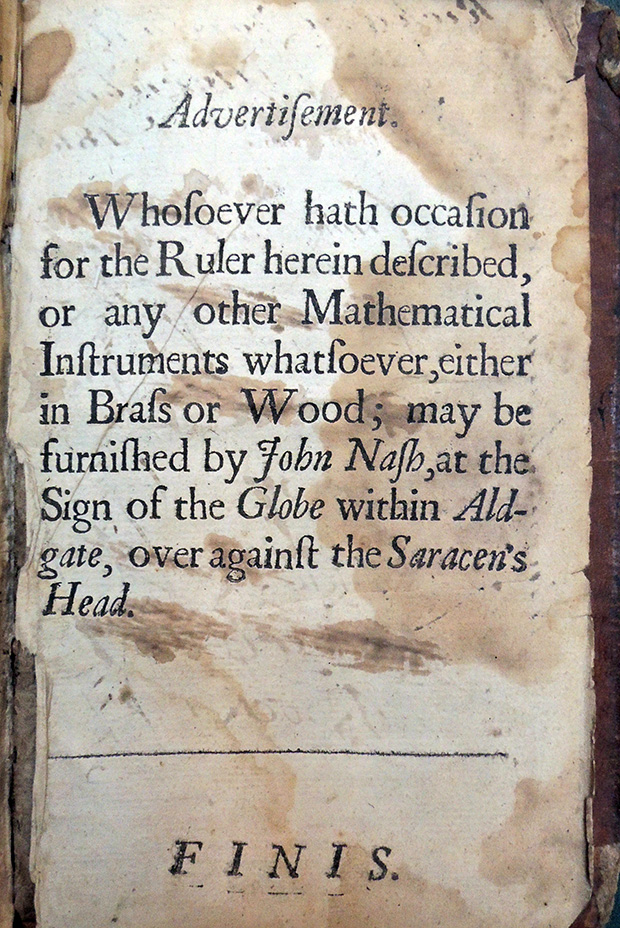