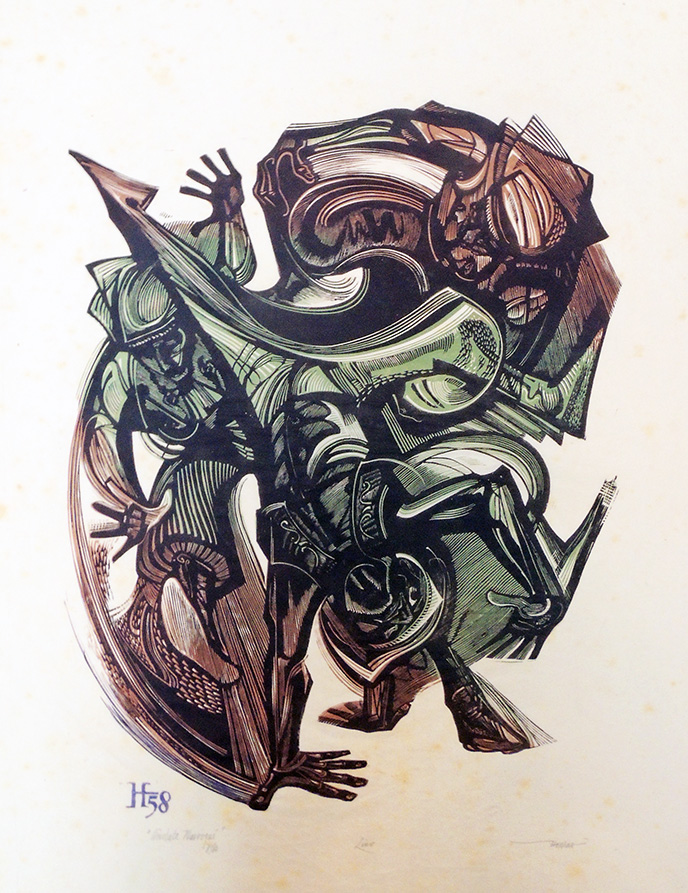 A talented gymnast and acrobat, the Puerto Rican artist Lorenzo Homar (1913-2004) often designed prints and posters inspired by his love of sports. He moved to New York City as a teenager, studying at the Art Students League (1930) and at the Pratt Institute (1939), while also practicing gymnastics at the local YMCA.

On his return to Puerto Rico in 1950, Homar co-founded the Centro de Arte Puertorriqueño (Center for Puerto Rican Art) and from 1951 to 1956 he worked as a graphic artist and director of the Graphics Section of Division de Educación a la Comunidad (DivEdCo). This period culminated with Homar winning a Guggenheim Fellowship in 1956.

On October 15, 1956, the New York Times reported “Guggenheim fund makes 28 grants, scholars and artists from the Philippines and Latin America get $113,000.” The article continues “The awards announced yesterday are being made to persons who ‘already have proven themselves to be of the highest ability,’ they are made ‘to scholars carrying on research in any field of knowledge and to artists in any branch of the arts’.” The only award given in “Creative arts” was to Lorenzo Homar. This led the following year to his organizing a Taller de Gráfica (Graphic Arts Workshop) at the Instituto de Cultura Puertorriqueña, which he directed until 1973. 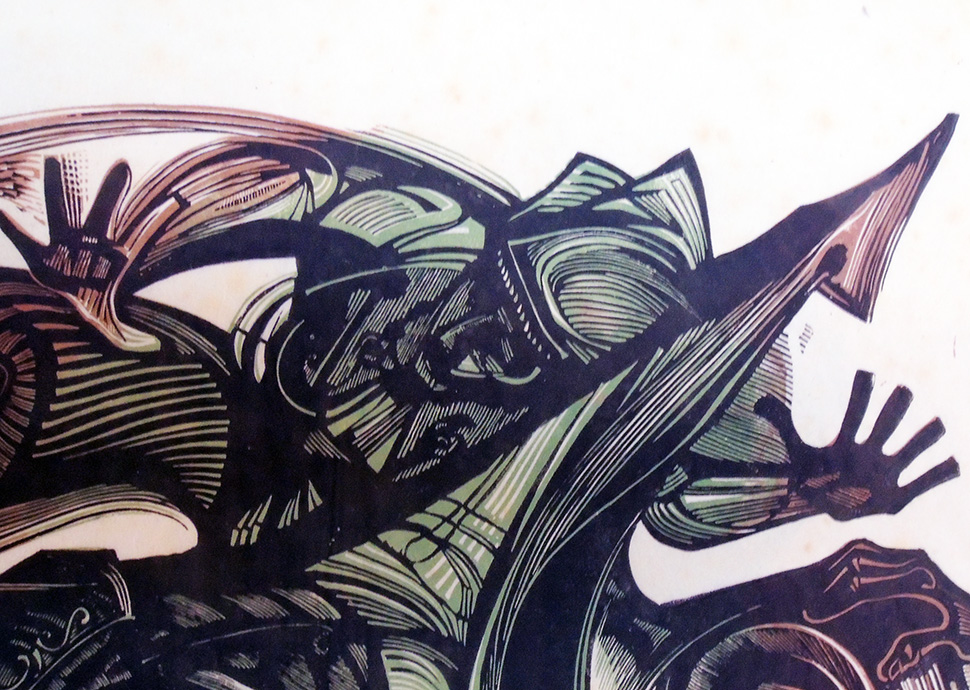 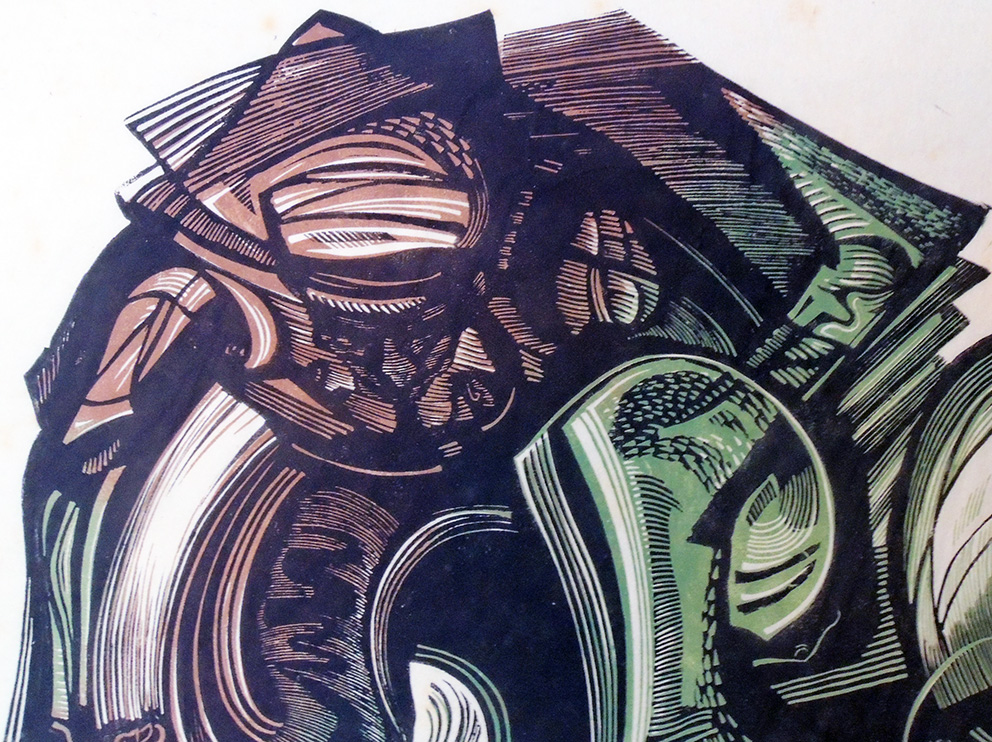 In 1958, Homar went to Mexico City with the delegation of Puerto Rican artists who took part in the I Bienal Interamericana de Pintura y Grabado [1st Inter-American Biennial of Painting and Prints]. In Mexico City they were feted by the Taller de Gráfica Popular [People’s Print Workshop] (TGP). This was where Homar met Leopoldo Méndez, Mariana Yampolsky, Arturo García Bustos, and Beltrán, among others. [read more:
https://icaadocs.mfah.org/icaadocs/THEARCHIVE/FullRecord/tabid/88/doc/861827/language/en-US/Default.aspx] It may also have been where he saw Moroccan acrobats. 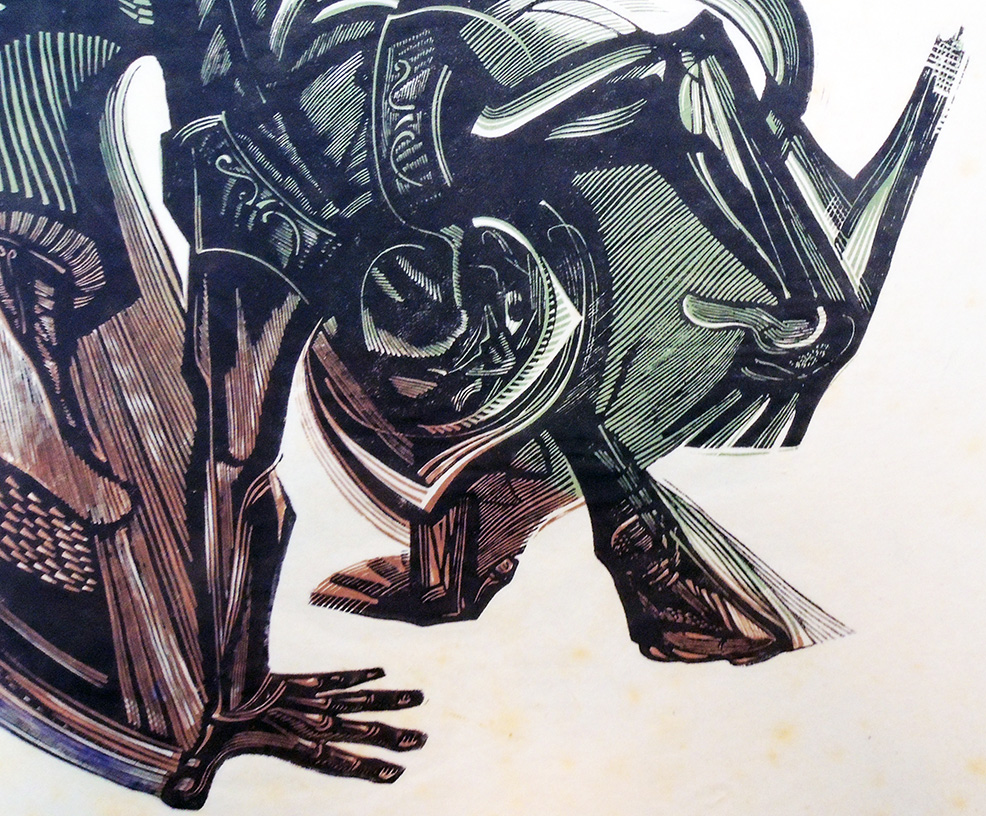 His linocut, Acróbata Marroquí (Moroccan Acrobats), from that year is often seen as a whirling abstraction but in fact, it is a depiction of three professional acrobats in action. One biographical article mentions Homar’s participation in the 1930s in a group called the Columbia Trio, which presented displays of acrobatics and balance. Perhaps his training and personal experience helped in the design of this scene, which places the hands and legs in perfect position for these movements. 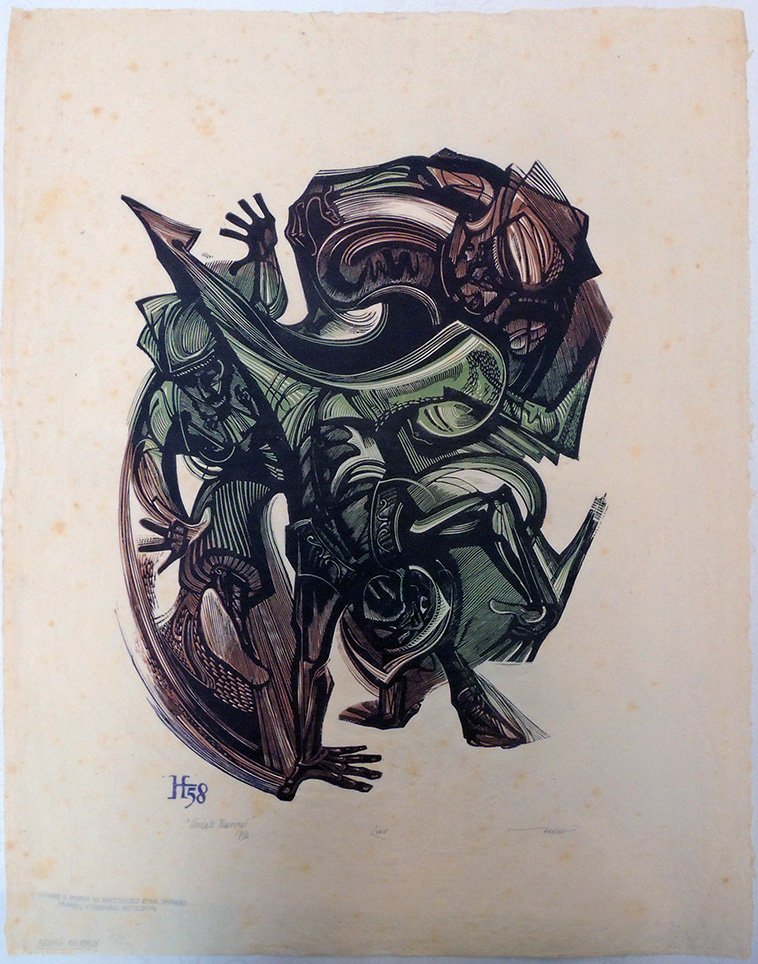