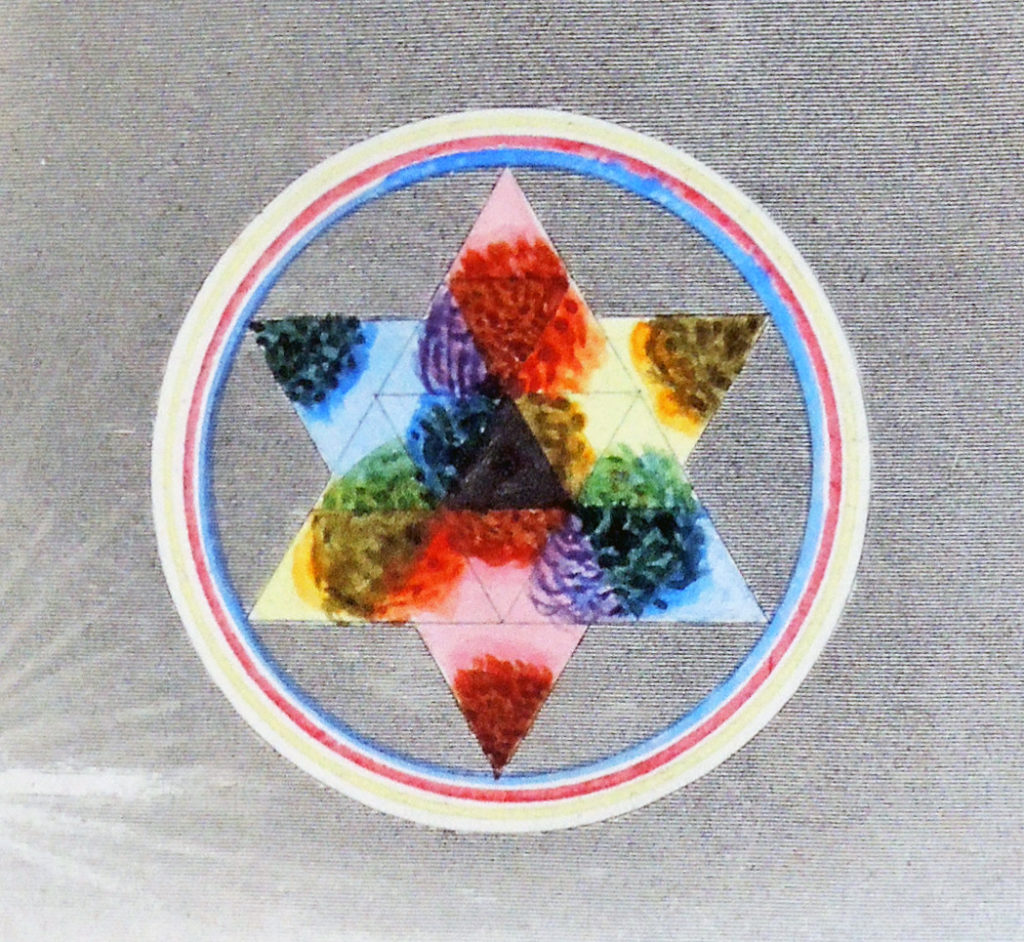 Princeton University Library owns the 1845, new augmented edition of George Field’s essay on harmony and color but not the original 1817 edition, so the two were compared to see what we were missing. The 1817 edition has 57 pages with 5 plates, the later is 263 pages with 11 plates – quite a difference. 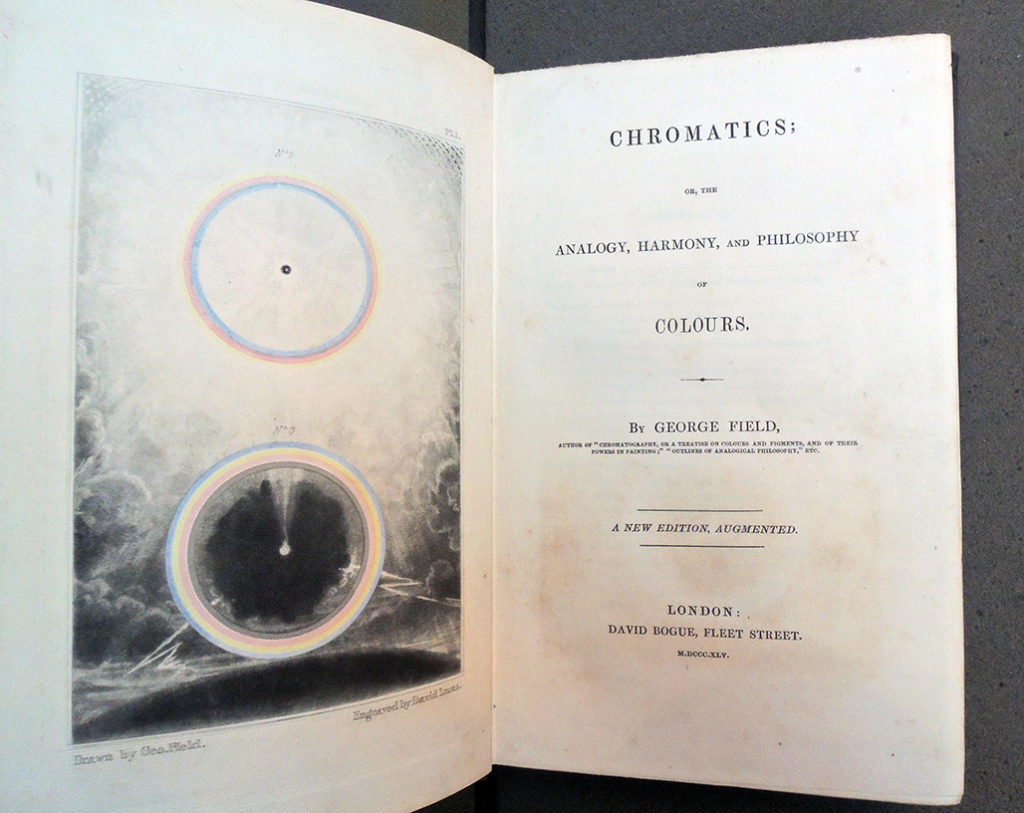 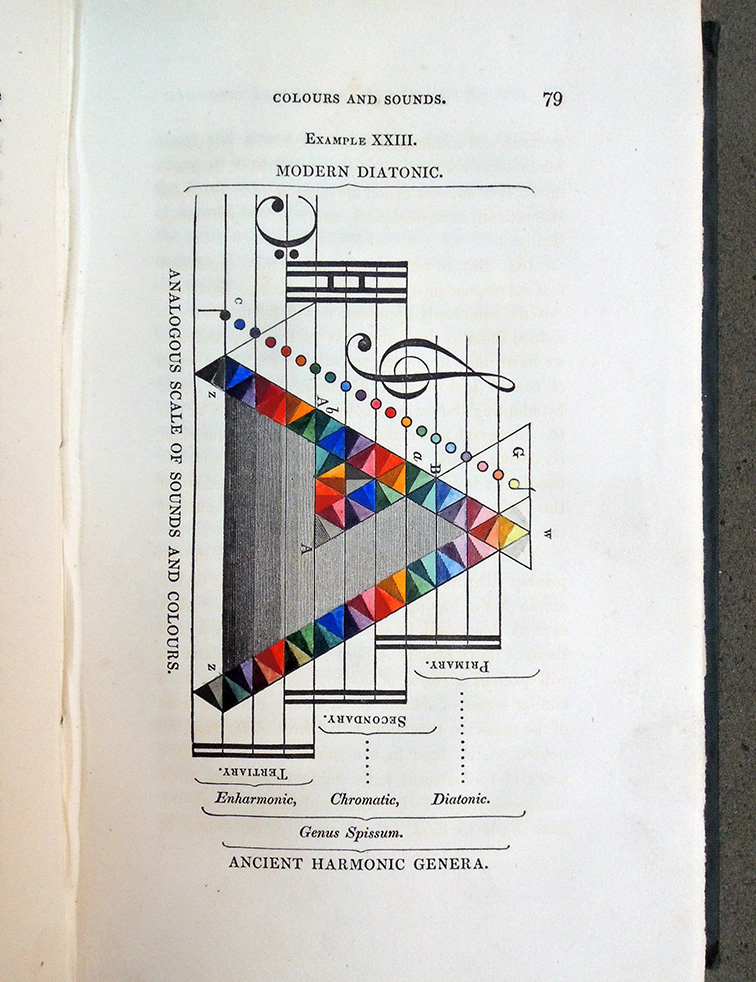 In Field’s preface to the 1845 edition he writes:

“This work, as printed twenty-eight years ago [1817], was part of a general treatise on colours, and an abstract of the first principles of chromatic science, constituting one division of a universal system of “Analogical Philosophy.” As it was well received by the artists, and the truth and practicability of its theory continue to be acknowledged, and as we hold the science to be that which, from its middle station, the simplicity, breadth, and perspicuity of its relations, the beauty of its representations, and its easy reference to nature, is best adapted to illustrate the universal analogy of science, we have been induced to republish the work under a wider development, extending the sphere of its application throughout art.” 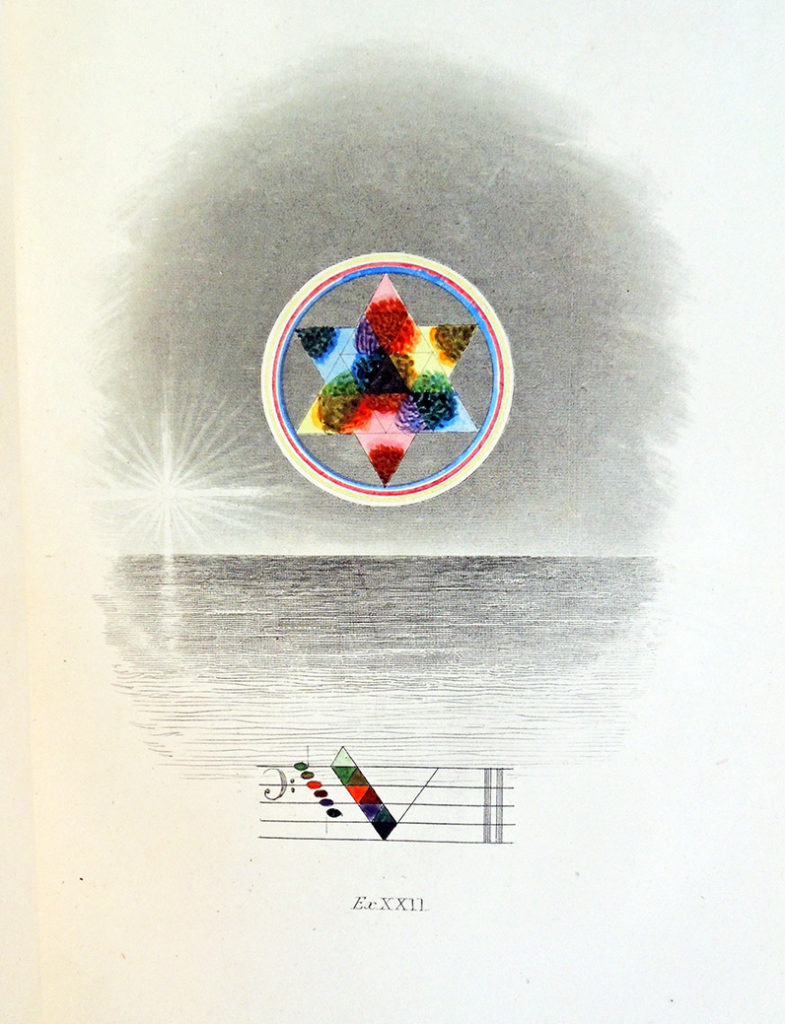 In fact the revised edition is substantially rewritten (not always for the better) and the color plates much improved. For instance, in the first edition the author concludes: “the principal distinction of the two systems is, that the notes of sound are separated by intervals or spaces, while the notes of colour are the spaces themselves; for colour, as expansible quantity, bears the same relation to space that musical sound, as quantity successive, does to time: the Chromatist has therefore not only his melody and harmony, but he has also, if the variety of expanded quantities may be so expressed, his semibreves [whole notes] and minims [half notes], quavers [8th notes], and semiquavers [16th notes]. And this relation of colours answers to that which, in their music, the ancients called harmonica and rhytlimica theoretically; or practically to their Melopoeia and rhythmopoeia.

In the 1845 edition, Field expands on his theories, not ready to conclude at this point: “In such case there will arise this distinction of the two systems, that the notes of sound being separated by intervals or spaces, while the notes of colour (we beg the term) will be the spaces themselves; but in this diagram the distances on the scales from one sound to another, and those from colour to colour, are equally intervals. Thus from the particular hue and shade of Red to that of Orange on the scale, and from E to F, the corresponding sounds of these colours, are both intervals in which a series of intermediate hues and smaller intervals of sound have place. . . .” 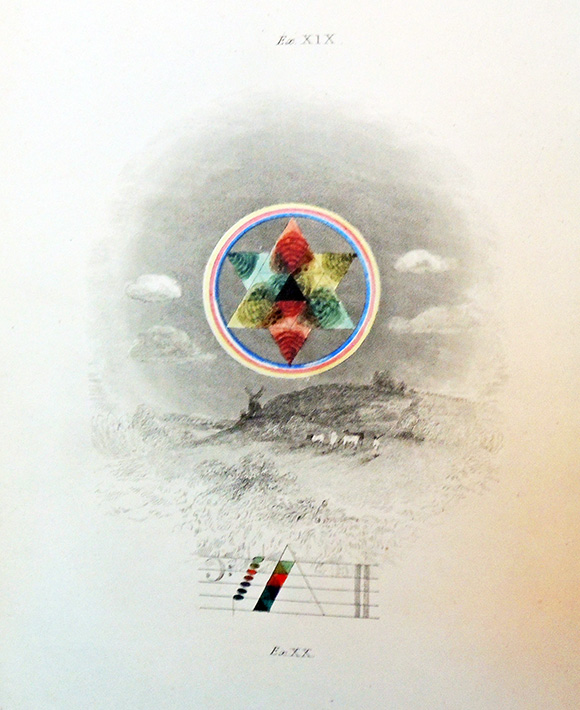 The 1818 edition, Field writes “It is evident also that colours have a science as distinct from any association with figure or forms, as that of musical sounds is from figurative language or poetry. Hence the field in which the Chromatist may exercise his genius, is as extensive as that of the musician : to teach the science in all its bearings, is, however, beyond the purpose of an essay designed principally to illustrate the analogy of colours.”

1845 edition: “We may therefore terminate the present head with the remark, that, although colours have a science as distinct from any necessary connection with that of figures, or plastic, or pictorial forms in painting, as that of musical sounds is from figurative language, or the images of poetry, and are similarly associated; nevertheless, each of these sciences has its highest office under such figurative conjunction, as we shall further shew; whence the field in which the chromatist may exercise his genius is as diversified and extensive as that of the musician. To disclose the subtleties of the science is, however, beyond the purpose of an essay, designed principally to illustrate the analogy of colours.” 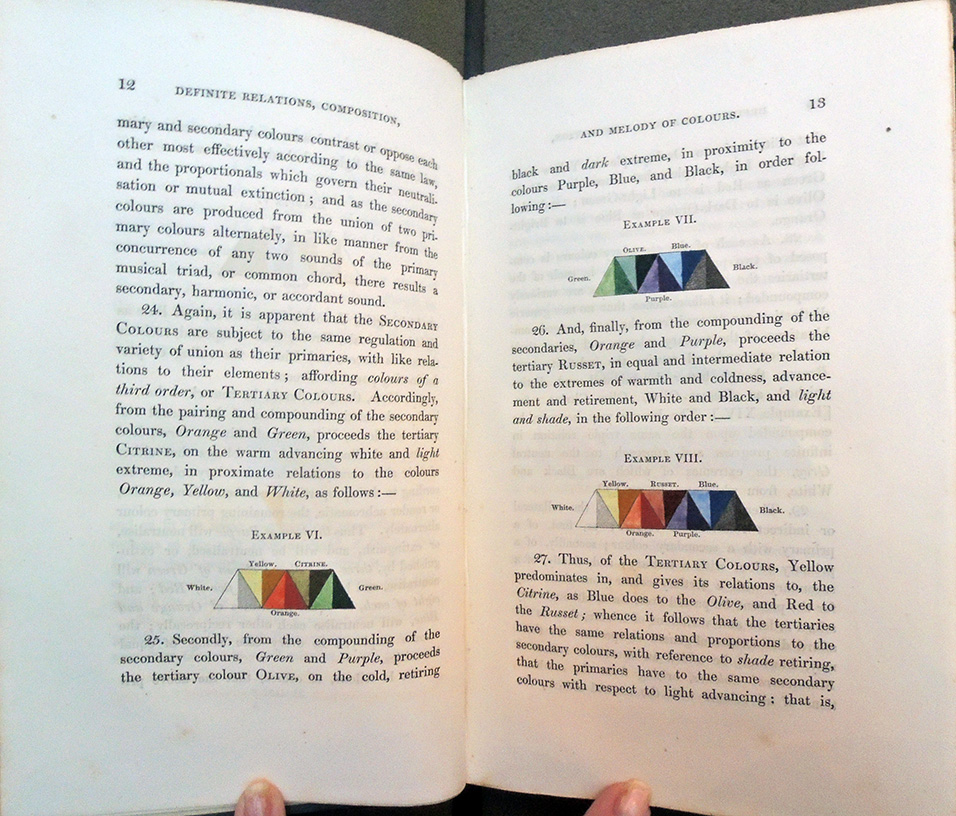 While having both is preferable, having the 1845 plates is a treat not fully appreciated with the digital surrogate. The 1817 can be read online until one is gifted. *note, the picture in our database is from the 21st century reprinting, although the record is for the 1845.