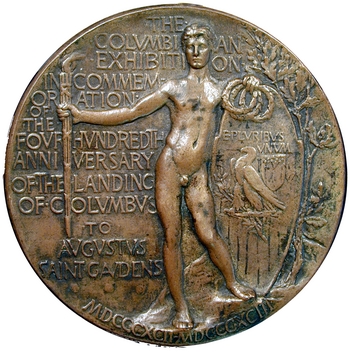 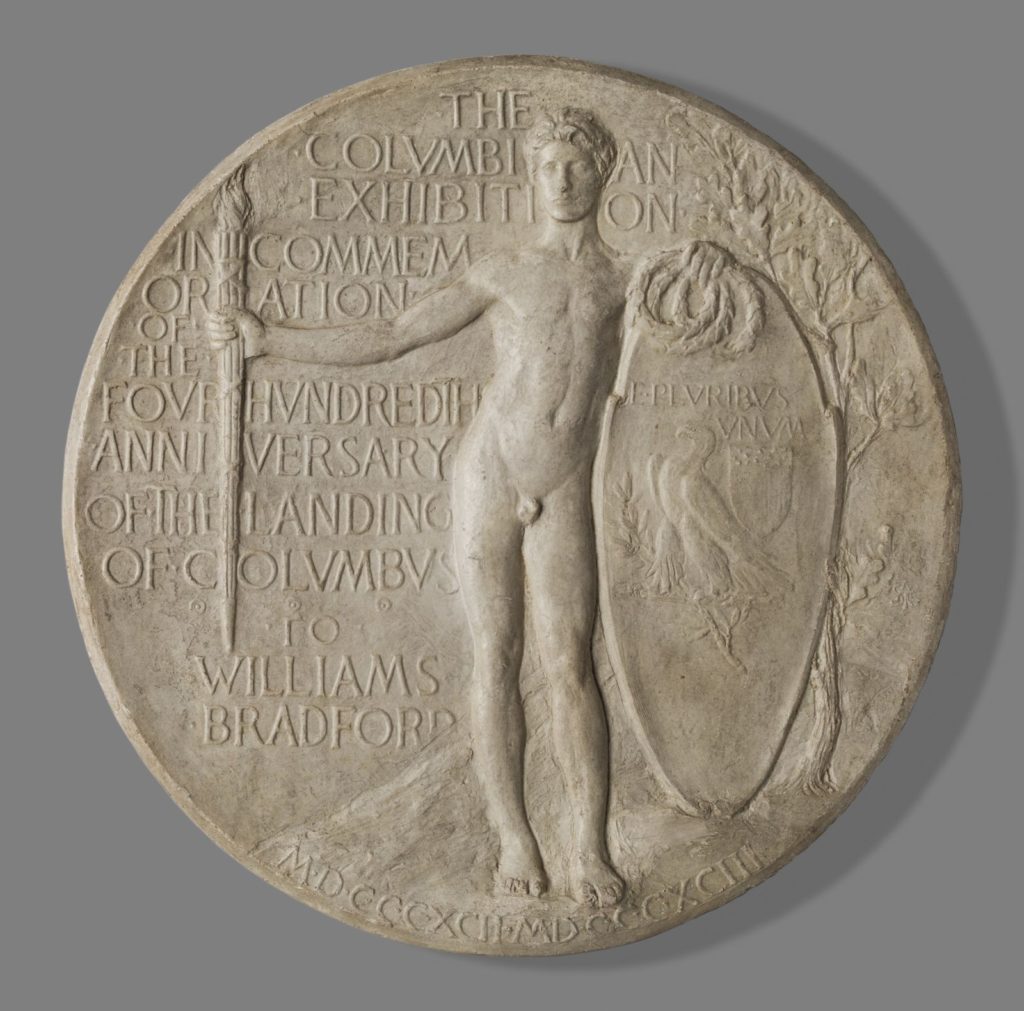 In 1892, Augustus Saint-Gaudens accepted a commission to design the official award medal for the Chicago World’s Columbian Exposition. The United States Senate Quadro-Centennial Committee loved the design for the obverse or front, with Columbus taking his first step on the shores of the New World. Unfortunately, the nude male figure Saint-Gaudens called “the Spirit of America” on the reverse was deemed improper and replaced with a design by Charles E. Barber, chief engraver at the United States Mint. The medal was finally awarded to recipients in 1896.

Saint-Gaudens’ brother Louis is thought to have modeled the nude figure, for which the Harvard Art Museums has an 8 inch plaster and the Numismatics Society has a double-sided bronze. Only a few copies of the rejected medal were cast by Parisian medal engraver Ernest Paulin Tasset as a favor to Saint-Gaudens, who gave one to the Musée d’Orsay in Paris.

Princeton’s medal was paged to the reading room this week, to see if ours has a design by Saint-Gaudens or Barber. For better or worse, ours is the official medal, with only one side designed by Saint-Gaudens. 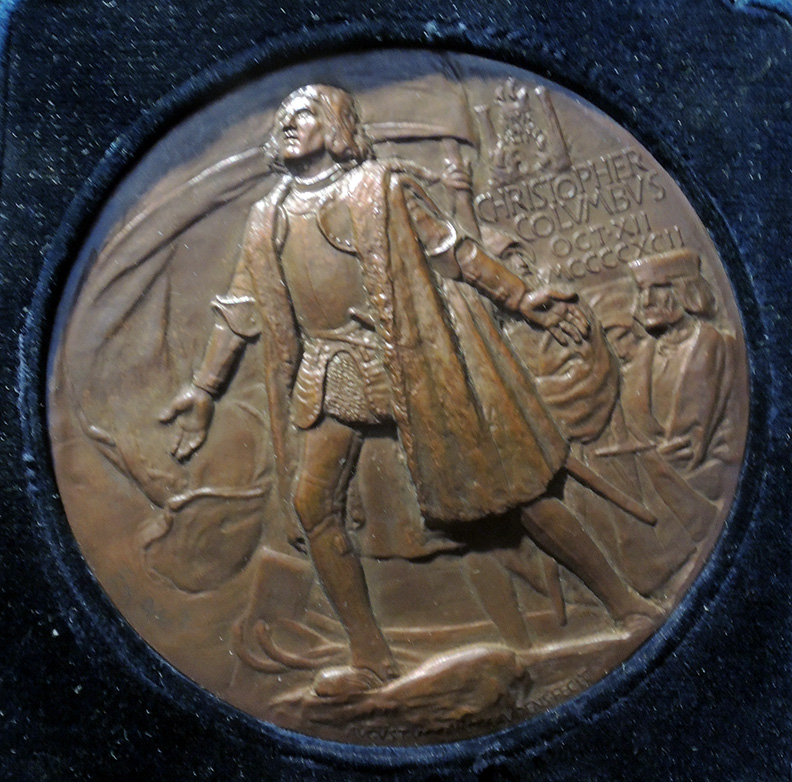 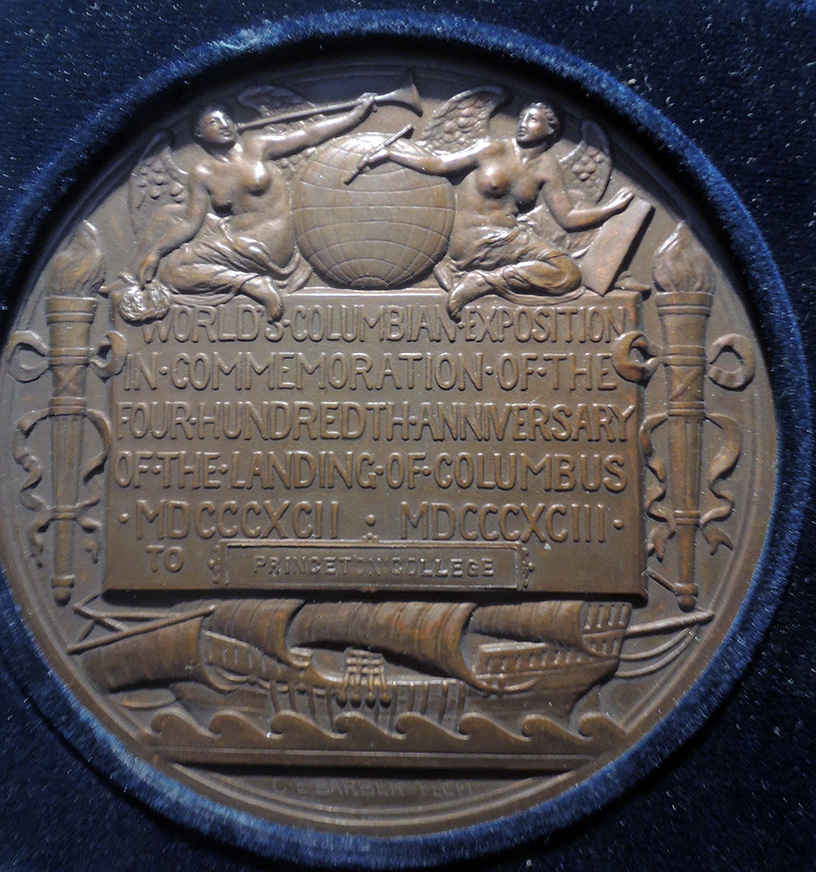 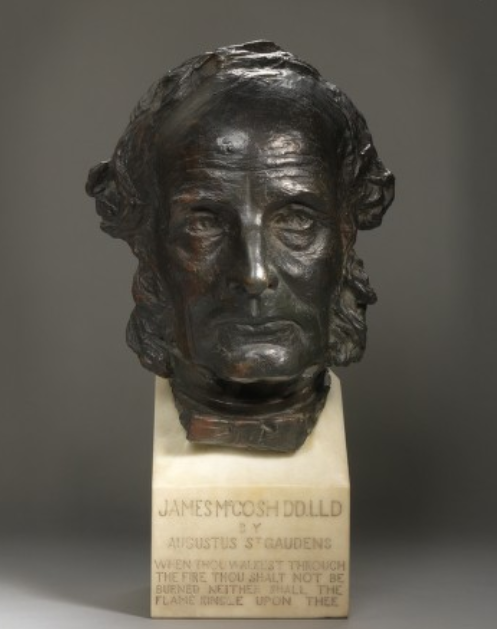