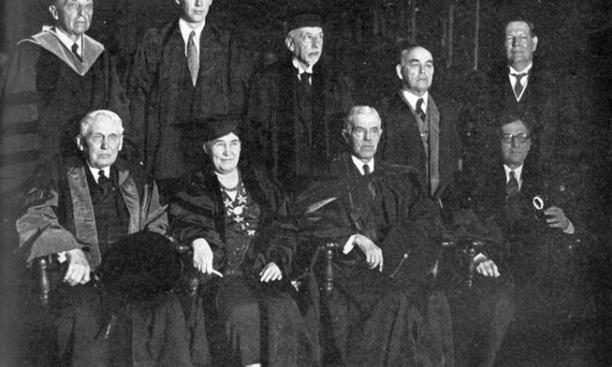 In June 1931, Willa Cather received the first honorary degree awarded to a woman by Princeton University. It was only one of many awards she received, including the Pulitzer Prize in 1923 for her novel One of Ours. Also that year, Cather published a second edition of her first book of poems April Twilight, originally appearing in 1903 (Ex 3670.29.312.1903). This had a special importance to Princeton, as it was printed by Elmer Adler, later to be Princeton’s first curator of graphic arts. 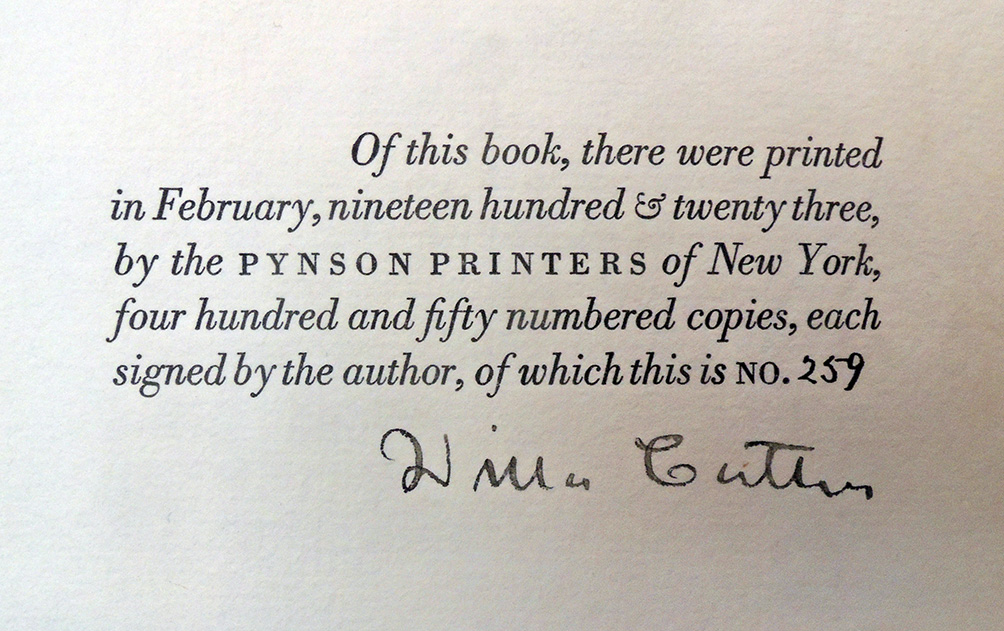 Alfred Knopf wrote to Cather in July of 1922 that he had attracted the interest of “one of the finest printers I know” with the idea of producing “a quite handsome de luxe edition” of Cather’s April Twilights … . He continued, “I can’t point to much work they have done for us except the one full-page advertisement that we had in the New York Times a couple of months ago which attracted a good deal of favorable attention.” The printers in question were Adler’s Pynson Printers, and the deluxe edition they produced was April Twilights and Other Poems (1923). –read more Matthew Lavin “Material Memory,” Studies in the Novel 445, no. 3 (Fall 2013). 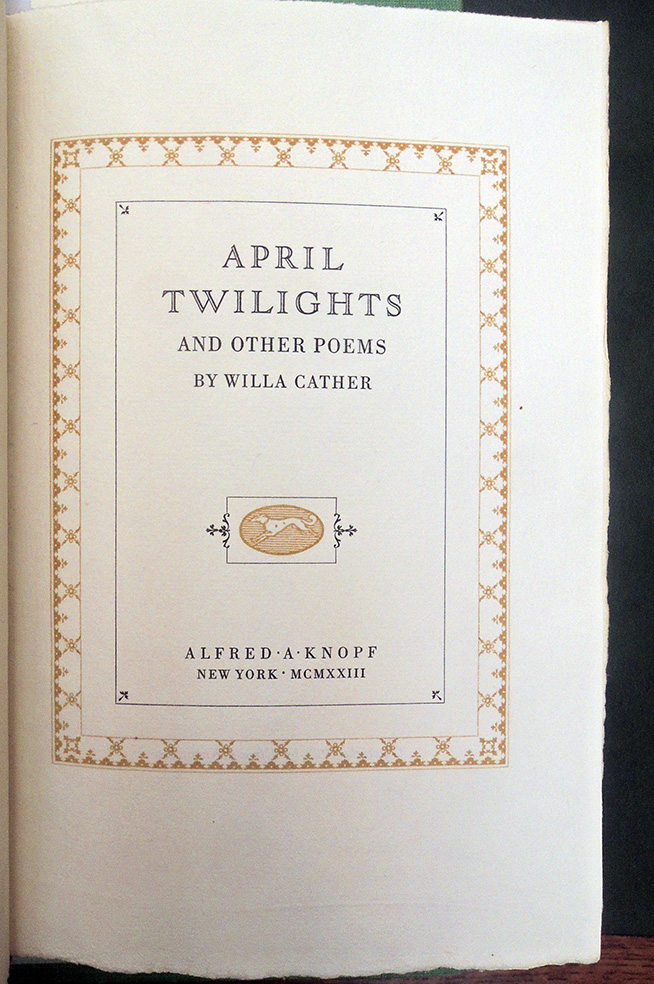 Knopf warned Cather, who insisted on typographic perfection, “Now the point is just this, and I am going to be quite frank with you and expect you to be equally frank with me. The whole job in all its details would have to be left to these printers. In a work, I get the manuscript and we both get finished books. For myself, I am satisfied that I would like the job they turn out. …” 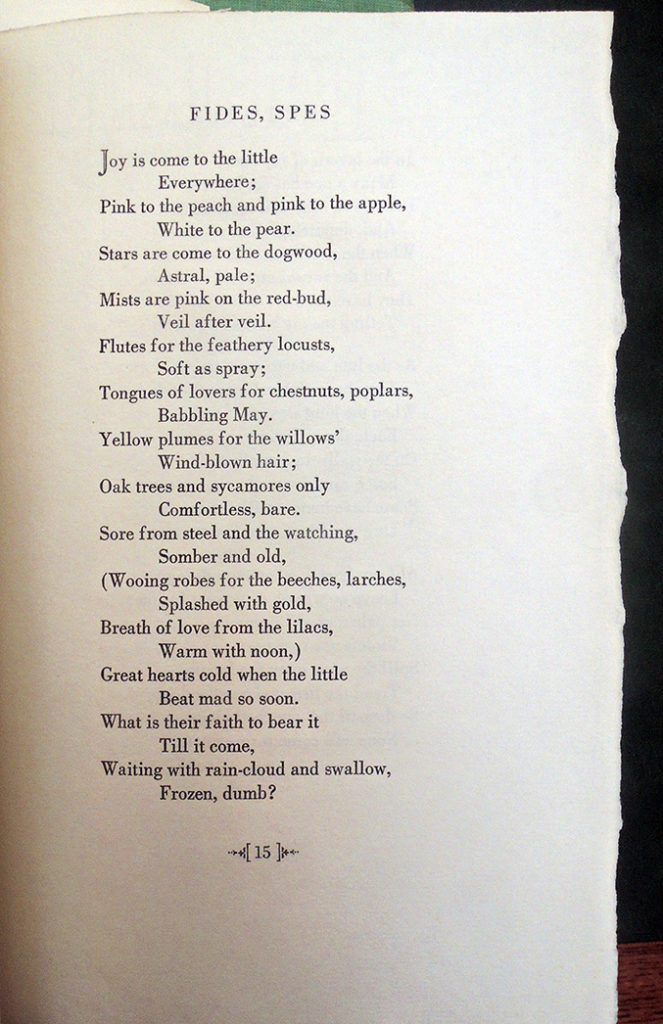 Adler had only recently opened his press but already had a reputation as a perfectionist, as outlined in ‘A Talk of the Town’ piece for the New Yorker in November 12, 1932:

“Mr. Elmer Adler worked in the family clothing-manufacturing business—Rochester-Adler Clothiers of Rochester, N.Y.—for twenty years before, at the age of thirty-eight, he came to the definite conclusion that it was boring him stiff. Then, without any intermediate steps to speak of, he came to New York and started Pynson Printers, Inc., naming it after Richard Pynson, the famous printer of the sixteenth century. It has been one of the few shops in the city doing fine handwork exclusively, and from its presses come the most de-luxe of special editions; the Random House “Candide,” for example.

Mr. Adler had long been interested in fine printing, apparently acquiring the taste when preparing ads for his family’s business; now he is one of the most important experts in the country, advising the Times, Alfred Knopf, and many others about formats and type faces. He had three partners when he started, but two dropped out shortly afterward. He was about to close up the business then, and would have if he hadn’t hired a Miss Greenberg to give him a hand through the last few days. Miss Greenberg was pretty peeved when she discovered the business was folding up just when she arrived and, after looking around a day or two, said: “why fold it up? It’s a nice little business.” So Mr. Adler decided to continue, with Miss Greenberg as business manager that was in 1922.

Two years later, Adolph Ochs picked Pynson as the best printing house and invited it to move into his Times Annex, where he had planned to collect the best practitioners of all the graphic arts. He abandoned this plan later, finding the Times needed all the room itself, but Pynson stayed. It’s still there, occupying a gallery full of bells, a library full of old books, an office, and a large light room full of nine printers, hand-setting. In the printshop is a hundred-year-old press upon which proofs are pulled. In the book room are many rare and typographically interesting books.; firsts of the fifteenth century, and things like that.

Mr. Adler is short, single, clean-shaven, and wears Adler ready-mades. He doesn’t set type himself. It doesn’t interest him, and if it did he’d be out of luck, as the owner of a shop can’t join the union. He designs the books, corrects proof, and the like, Has no salesmen, never solicits work, and takes jobs only on the understanding that he’s the boss so far as printing goes. His shop turns out three or four books a year that people hear about, always in small quantities.

It also prints books privately for amateur poets and such. When the Times’ employees gave Mr. Ochs a testimonial book on his seventieth birthday, Adler printed it: one copy, at a cost of $4,000. He has done special editions of Willa Cather, Lord Dunsany, Arthur Machen, Elinor Wylie, James Stephens, and others. He doesn’t care about the literary quality of his books, however; they’re just fine typography and handmade paper to him. Given a free hand, he’s enjoy getting out an issue of the congressional record. He’s the chief editor, and chief everything else, of the Colophon, the Book-Collector’s Quarterly. It started up two years ago and has done very well, everything considered; editions limited, of three thousand this year. He prints parts of each issue and the rest is done in half a dozen other fine printshops in this country and England.” 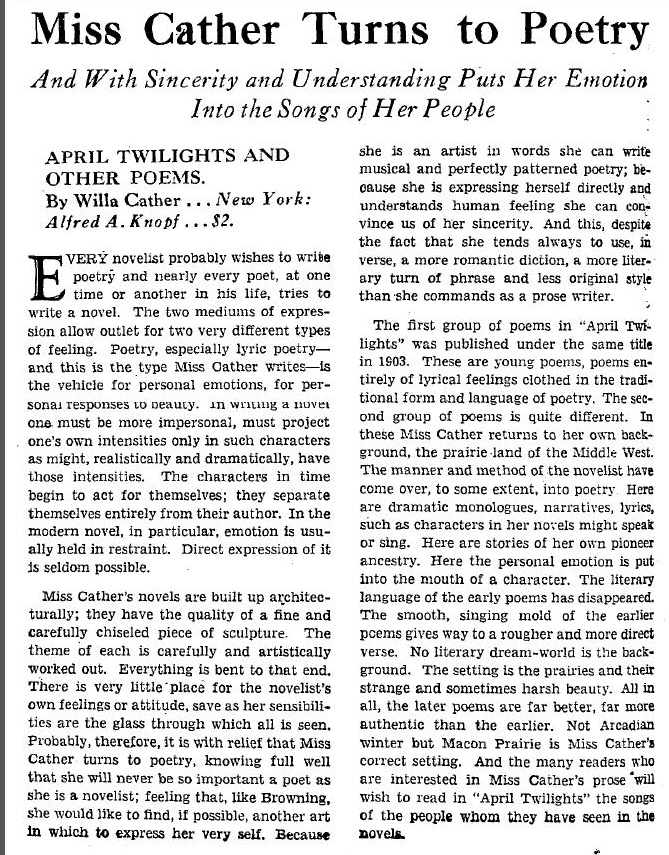 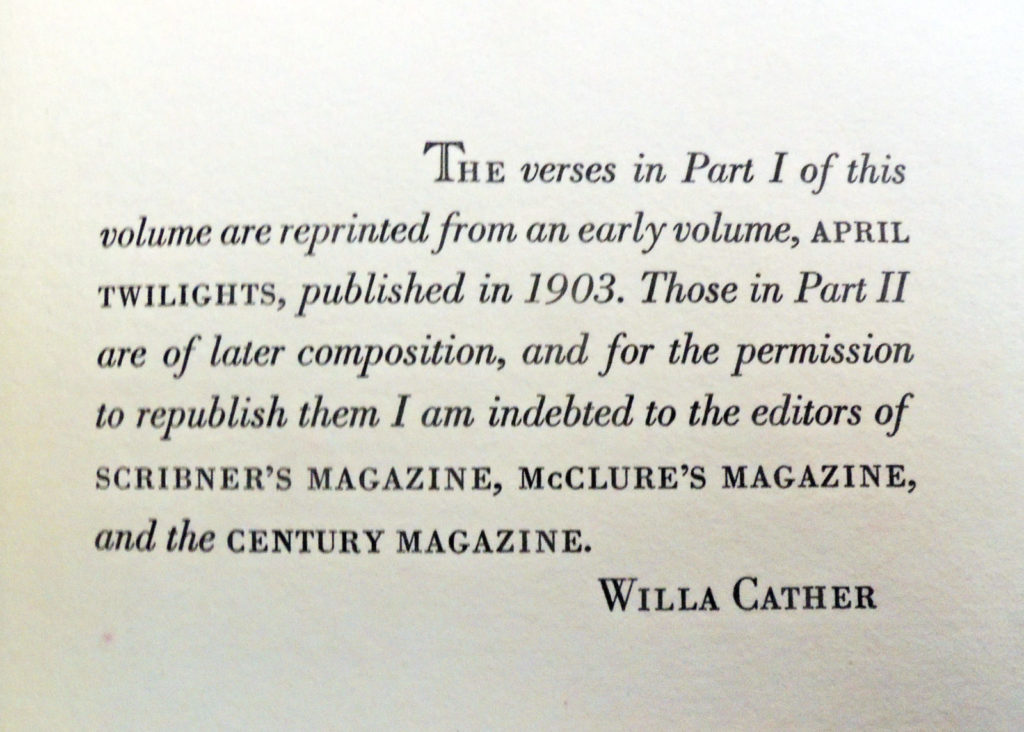 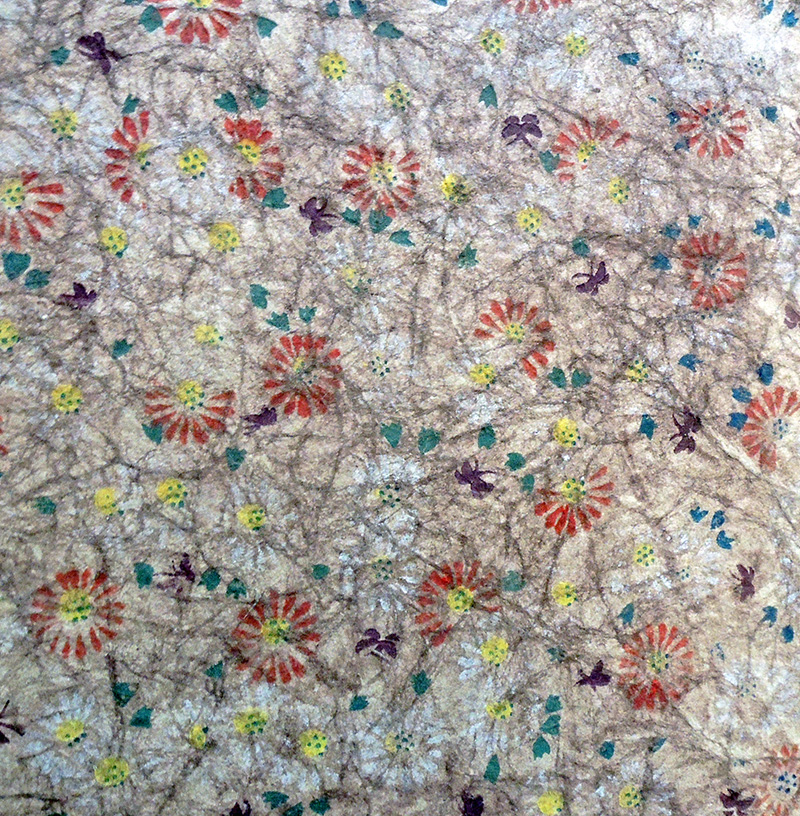