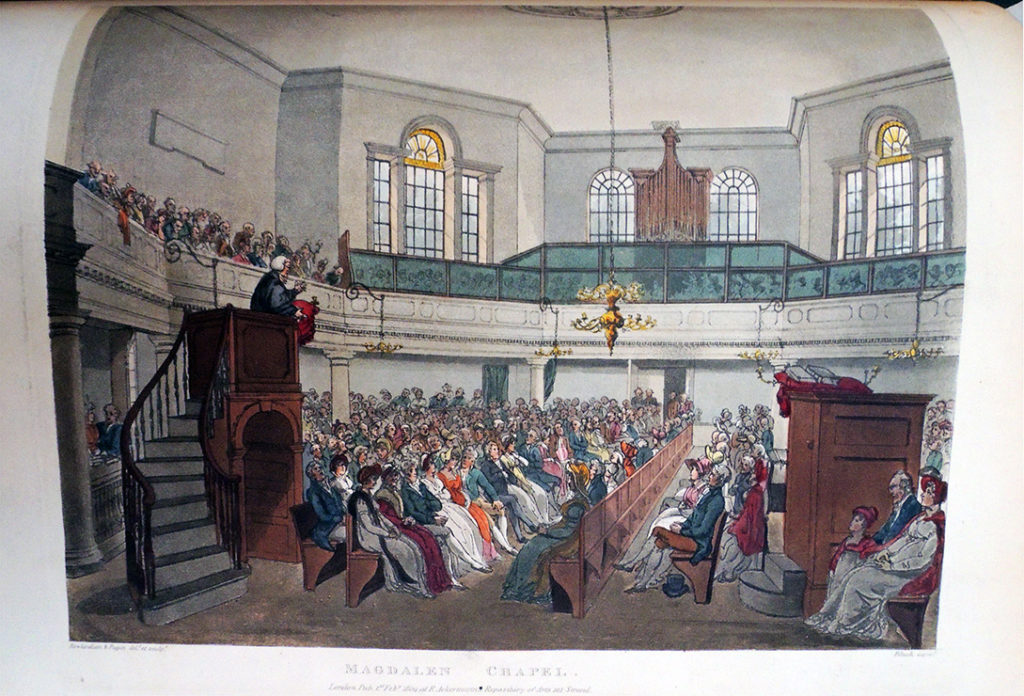 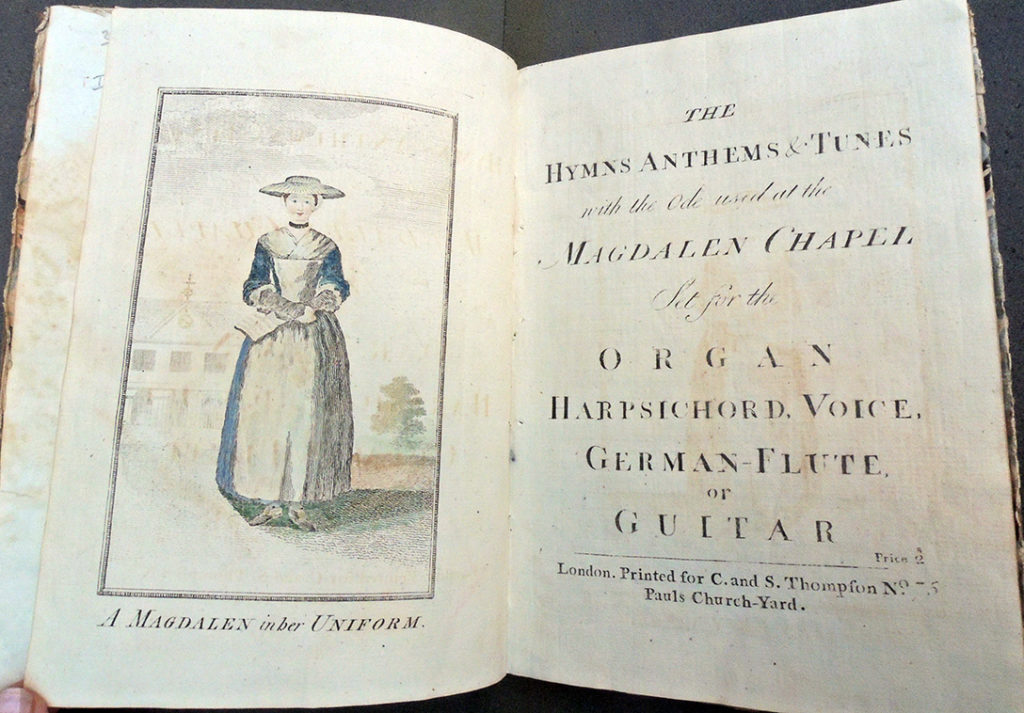 The Hymns Anthems & Tunes; with the Ode used at the Magdalen Chapel Set for the Organ Harpsichord, Voice, German-Flute or Guitar (London: Thompson, 1765?). Graphic Arts Collection 2020- in process 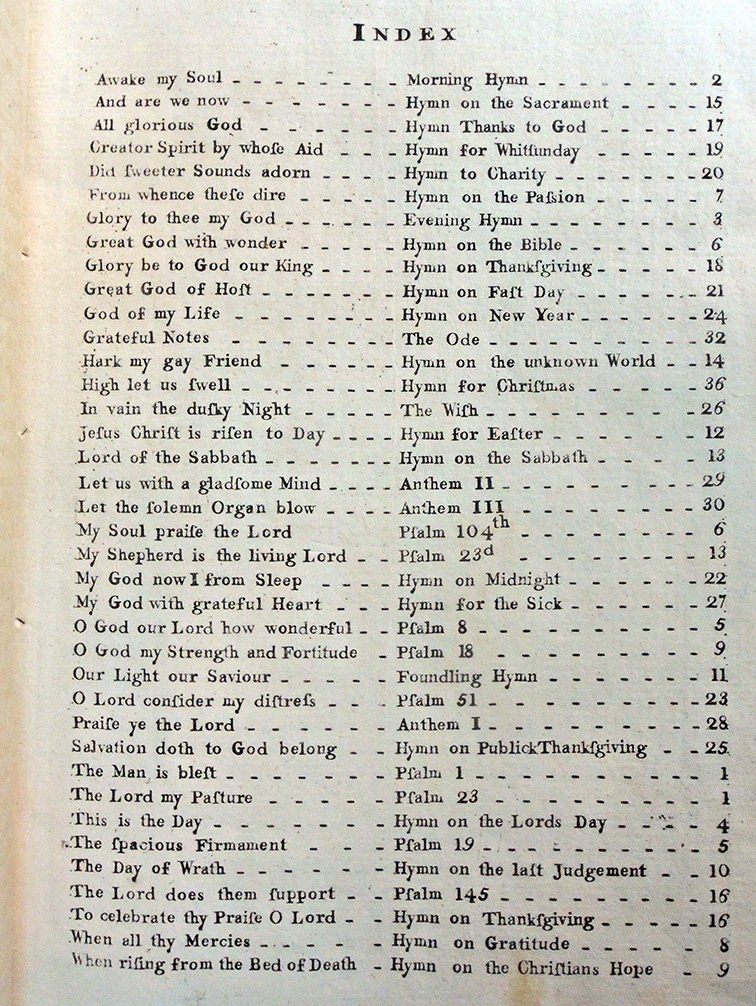 “The Magdalen House, for the reception of penitent female prostitutes, is situated on the east side of the road leading from Blackfriars-bridge to the obelisk in St. George’s-fields: it consists of four brick buildings, which inclose [sic] a quadrangle, with a basin in the center. The chapel is an octangular edifice, erected at one of the back corners; and to give the inclosed court uniformity, a building with a similar front is placed at the opposite corner.

This benevolent institution was projected in the year 1758, by Mr. Robert Dingley; it was at first kept in a large house, formerly the London Infirmary, in Prescot-street, Goodman’s-fields, and was called the Magdalen Hospital. The utility of this charity was so conspicuous, and so well supported, that the views of the benefactors extended t the building an edifice more enlarged and convenient for the purpose…” —Microcosm of London (continues below)

This book of hymns and tunes now in the Graphic Arts Collection was specifically written for the women at the Magdalen Hospital for the Reception of Penitent Prostitutes. It is one of two editions thought to have been published in 1765, the other by Henry Thorowgood. The frontispiece engraving features  “A Magdalen in Her Uniform” with Magdalen Chapel in the background (cf the Thorowgood edition without the building and the figure reversed),

One source credits this popular chapel for bringing a number of men back to Sunday services, given the women in the choir. 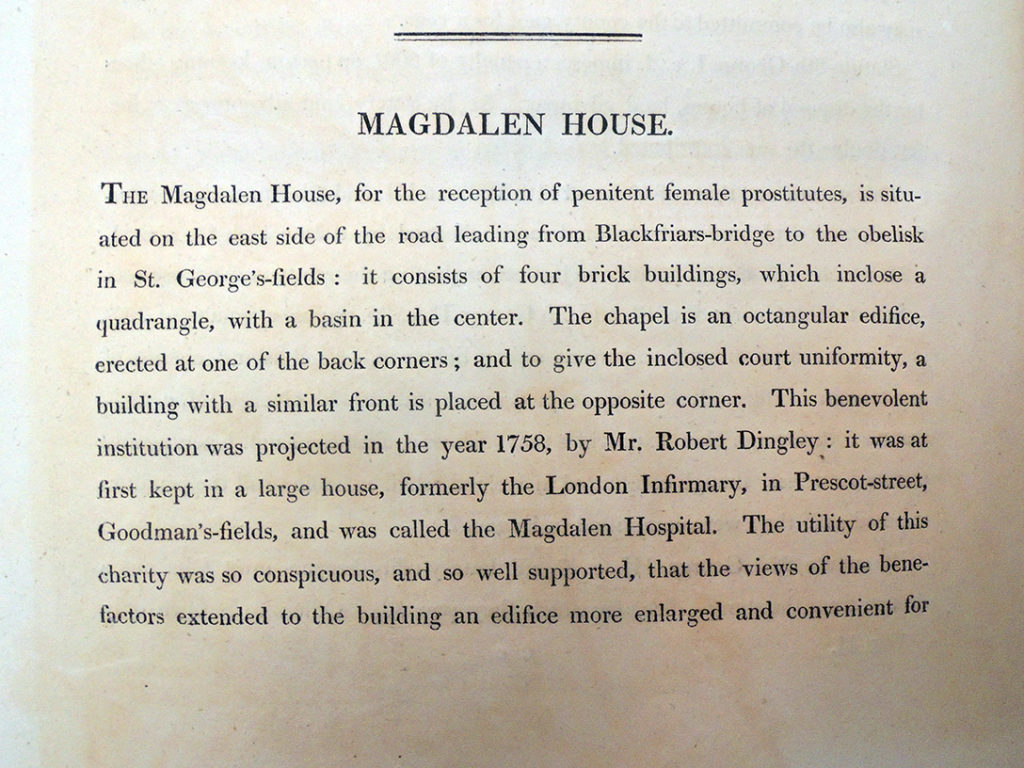 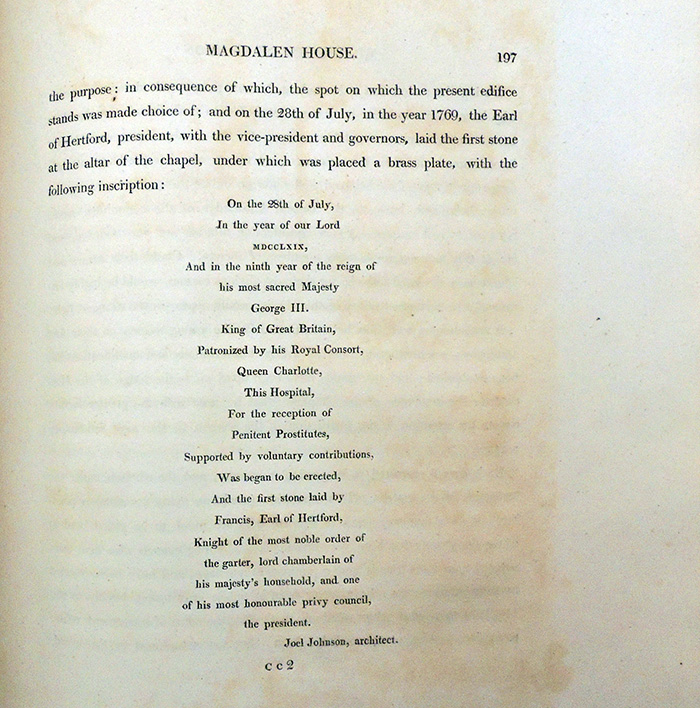 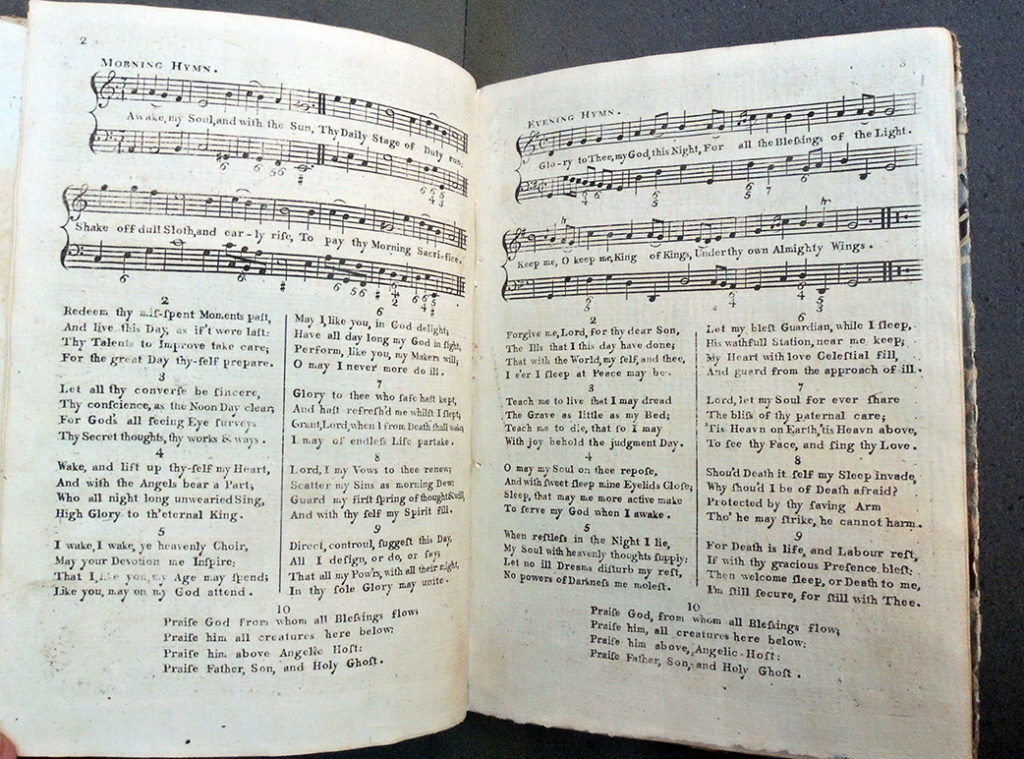 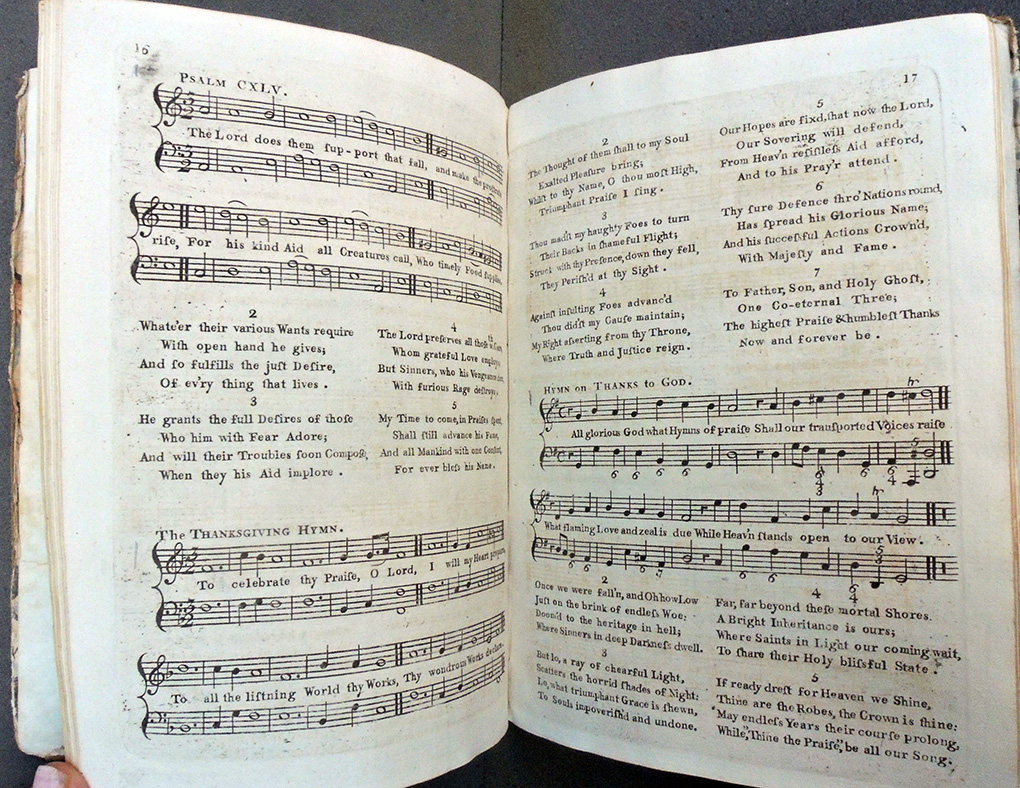