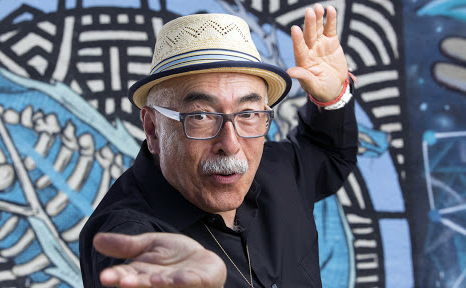 Thanks to the assistance of our colleagues in Latin American Studies, the Graphic Arts Collection is proud to acquire a limited edition artists’ book by Juan Felipe Herrera and Felicia Rice.

Borderbus is a rendering of one long poem by Juan Felipe Herrera. The poem takes place on a U.S. Department of Homeland Security Immigration and Customs Enforcement (ICE) bus. Two women have been detained while trying to cross the U.S.-Mexico border, and are being transported to a detention center. They speak in English and Spanish, whispering to avoid the attention of the guard. The text is embedded in prints by the artist/publisher and interpreted in audio recordings of the poem.

One interesting element with the volume is a usb drive included with Borderbus contains two audio versions of the poem, Borderbus. The first is a moving reading of the poem in two voices, by Marisol Baca and Gabriela D. Encinas, directed by Juan Felipe Herrera and recorded by Curtis Messer. The second is a recording of Herrera reading the poem.

Felicia Rice is a book and performance artist, typographer and letterpress printer, printmaker, publisher, and educator. A student of the history of the book and printing, she also utilizes digital technology to produce limited edition artists books. Rice has collaborated with visual artists, performance artists, and writers under the Moving Parts Press imprint since 1977. Work from the Press has been included in exhibitions from New York to Mexico DF to Japan. Her books are held in library and museum collections worldwide and she has been the recipient of many awards and grants, from the NEA to the French Ministry of Culture. 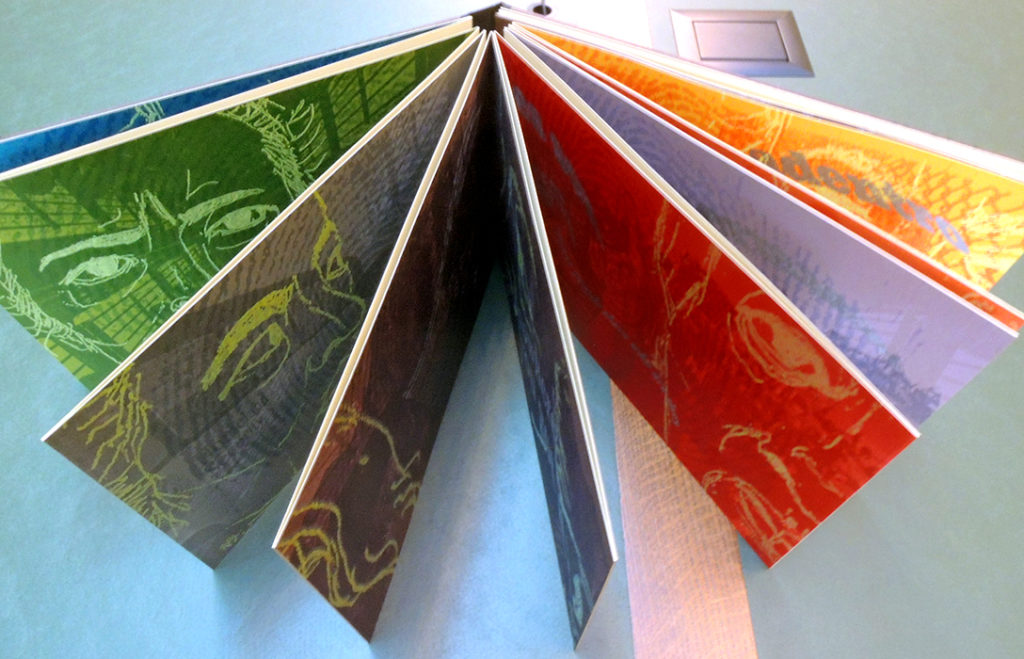 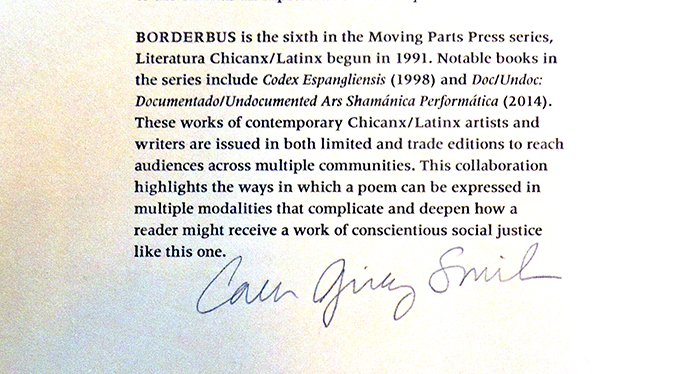 Critic Stephen Burt praised Herrera in the New York Times as one of the first poets to successfully create “a new hybrid art, part oral, part written, part English, part something else: an art grounded in ethnic identity, fueled by collective pride, yet irreducibly individual too.”

In 2012, Herrera was named California’s poet laureate, and the U.S. poet laureate in 2015. He has won the Hungry Mind Award of Distinction, the Focal Award, two Latino Hall of Fame Poetry Awards, and a PEN West Poetry Award. His honors include the UC Berkeley Regent’s Fellowship as well as fellowships from the National Endowment for the Arts, the Bread Loaf Writers’ Conference, and the Stanford Chicano Fellows. He has also received several grants from the California Arts Council.

“In a 2004 interview at CSU-Fresno, Herrera noted the influences of three distinct Californias—the small agricultural towns of the San Joaquin Valley he knew as a child, San Diego’s Logan Heights, and San Francisco’s Mission District—on his work: “all these landscapes became stories, and all those languages became voices in my writing, all those visuals became colors and shapes, which made me more human and gave me a wide panorama to work from.” Influenced by Allen Ginsberg, Herrera’s poetry brims with simultaneity and exuberance, and often takes shape in mural-like, rather than narrative, frames.” 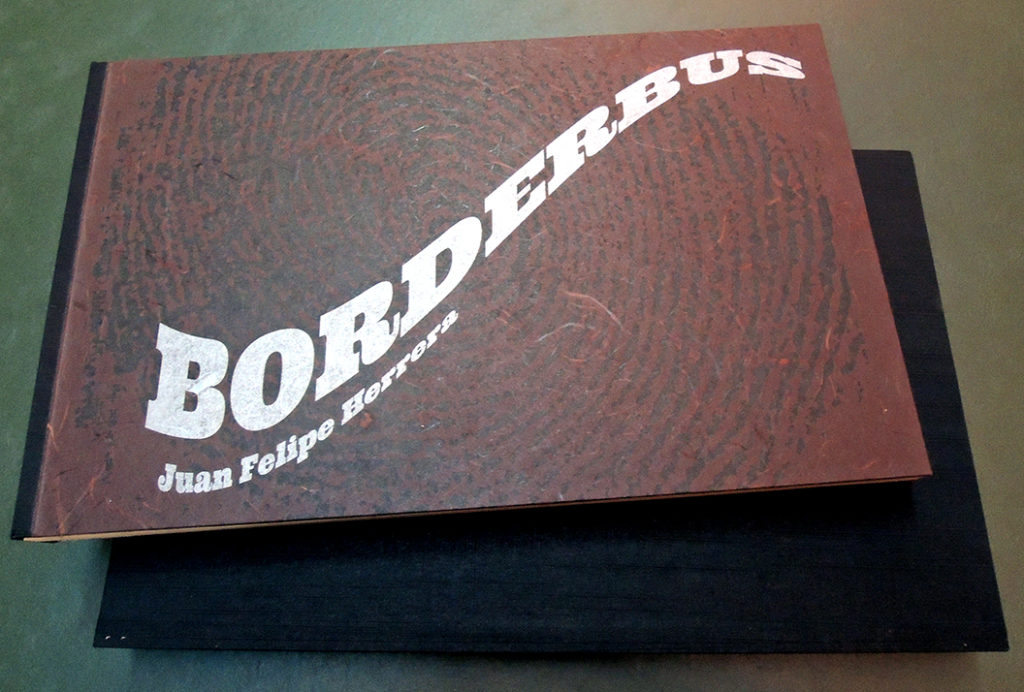 We are on the bus now
that is all
https://www.poetryfoundation.org/poems/91751/borderbus