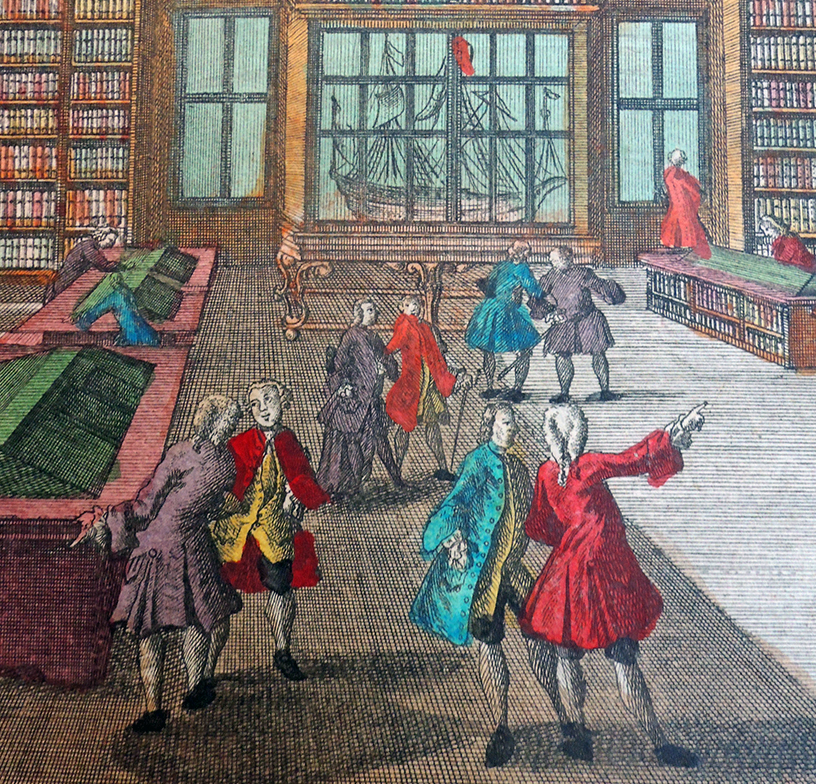 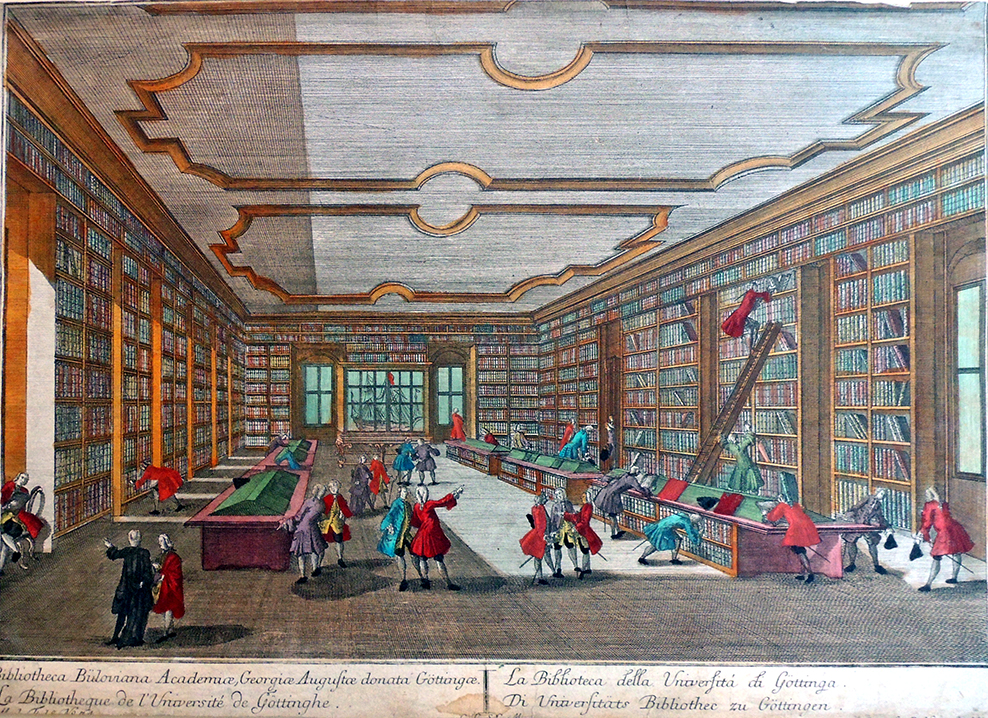 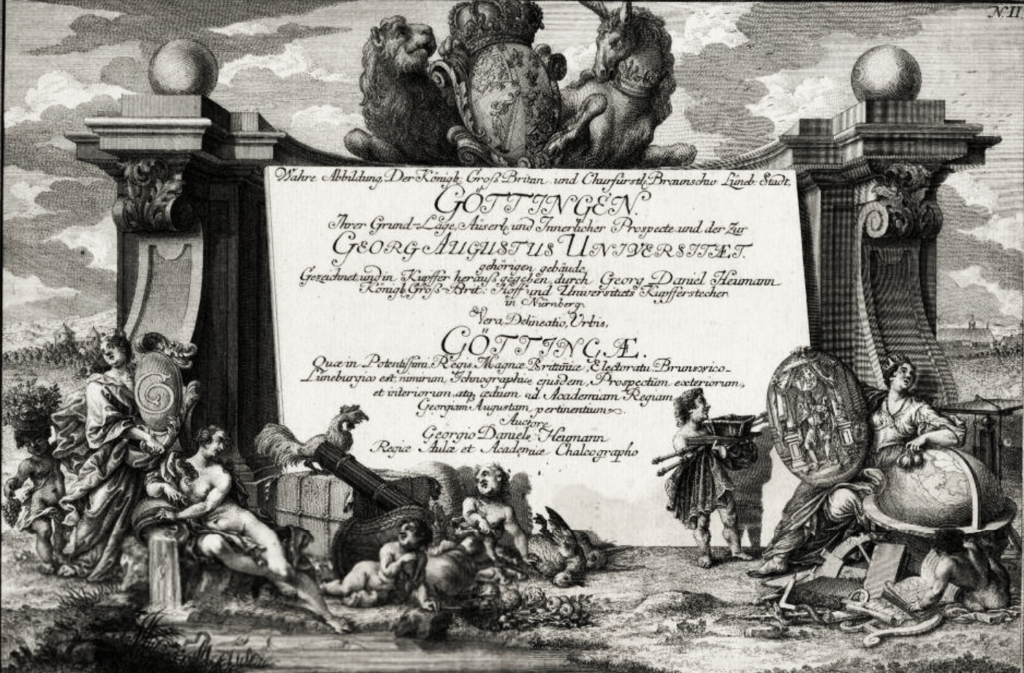 Later in the century, Augsburg publisher Georg Balthasar Probst (1732-1801) copied and colored the engraving to release as a vue d’optique or perspective print to be used with a zograscope or optical box. This reprinting has entered the Graphic Arts Collection of perspective prints.

“Initially, the Pauliner Church was part of a Dominican monastery founded in Göttingen in 1294. It represents an architectural style typical of the mendicant orders. In 1529, in the wake of the Reformation, the first Lutheran services were held in the Pauliner Church, since it was the largest church in town. Between 1542 and 1733, a newly founded secondary school, the so-called Paedagogium, was located in the building of the former monastery.

…During the Second World War, in 1944, the Pauliner Church was largely destroyed …. From 2000 to 2006, the whole of the Historical Building was refurbished. Careful attention was paid to the reconstruction of the Historical Hall in the Pauliner Church on the basis of historical depictions. After only six months of work, the Historical Hall [below] was re-opened in its former guise on the occasion of the opening of the exhibition ‘Gutenberg and his impact’.”– https://www.sub.uni-goettingen.de/en/about-us/portrait/history/paulinerkirche/ 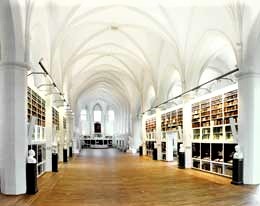 It is a nice complement to another bookseller print, one of Probst’s five allegorical prints to the Moon, Mars, Mercury, Jupiter and Saturn. 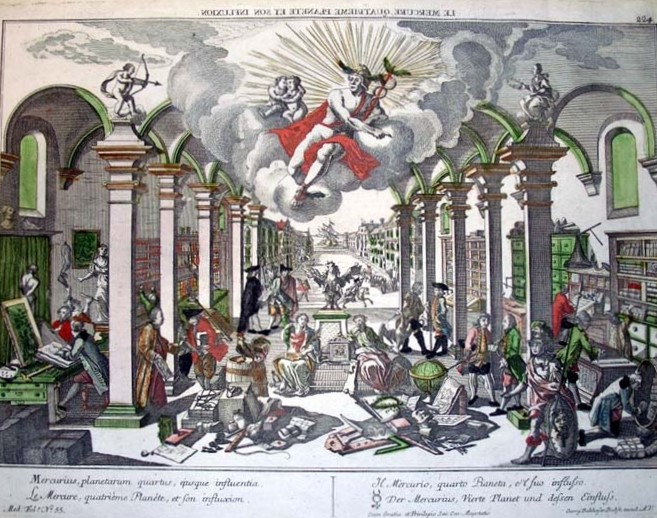