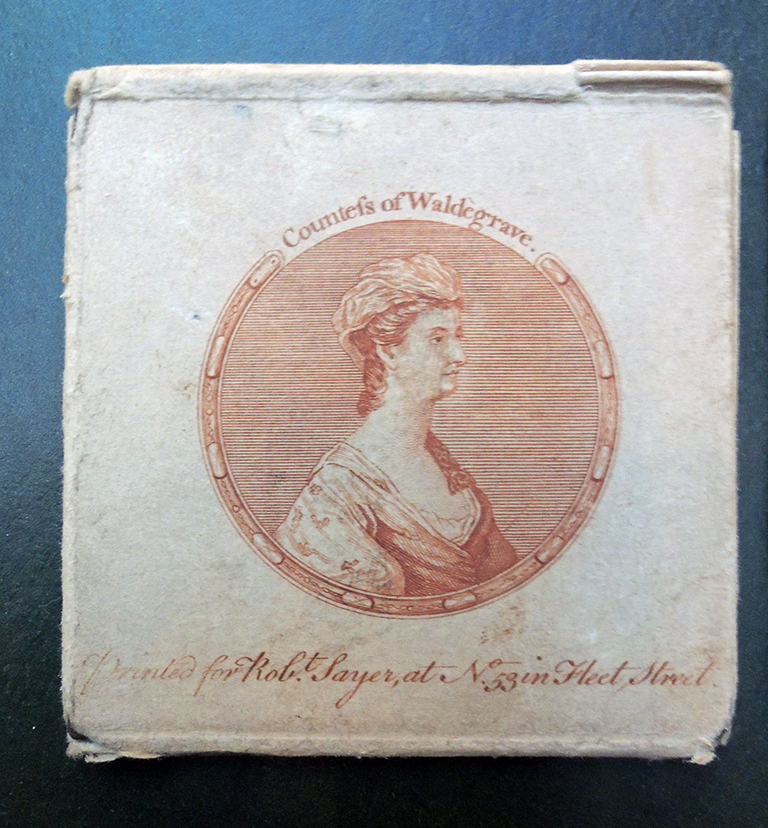 If you were a person of sufficient means in the 18th century, you might own and carry a pocket watch. So treasured were these watches that many were designed with a second, outer case to protect the delicate mechanism. Between the inner and outer casing, it became fashionable to insert small circular engravings, printed on square sheets and then cut out and inserted.

By 1780, the various engraved portraits of beautiful women slipped into a gentleman’s pocket watch became the subject of “A Dissertation upon Watch-Prints” by Bob Short in The Westminster magazine, London (Dec 1780): 691-691. 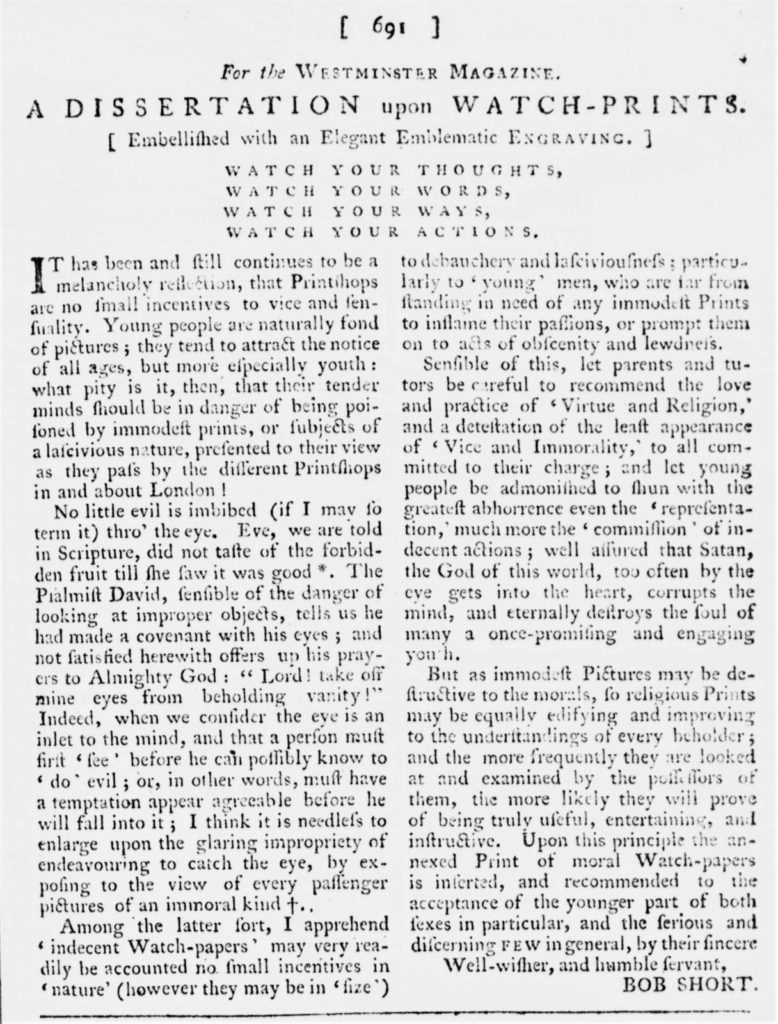 While these circular prints have become collectables, few can boast the copper printing plates that produced them. We are proud to say the Graphic Arts Collection is the new owner of three copper printing plates for watch-papers. Each can be attributed to John June (active 1740-1770), after Sir Joshua Reynolds (1723-1792), and published by Robert Sayer in Fleet Street, ca.1766.

The female subjects are:

Miss Nelly O’Brien. Printed for Rob.t Sayer, at No 53 in Fleet Street. Plate: 164 164 x 1.15mm, barely rounded corners. On the back: punched for correction; engraved outline of a man in a large hat crossed through. Provenance: Iain Bain (1934–2018), Bewick scholar and printing historian.

Countess of Waldegrave. Printed for Rob.t Sayer, at No 53 in Fleet Street. Plate: 63 x 55 x 1.27mm, barely rounded corners. On the back: makers stamp B.W. under a crown (B. Whittow of Shoe Lane) with burin trials around and filling in the letters; punched for correction; lightly scratched lines, traces of ink. 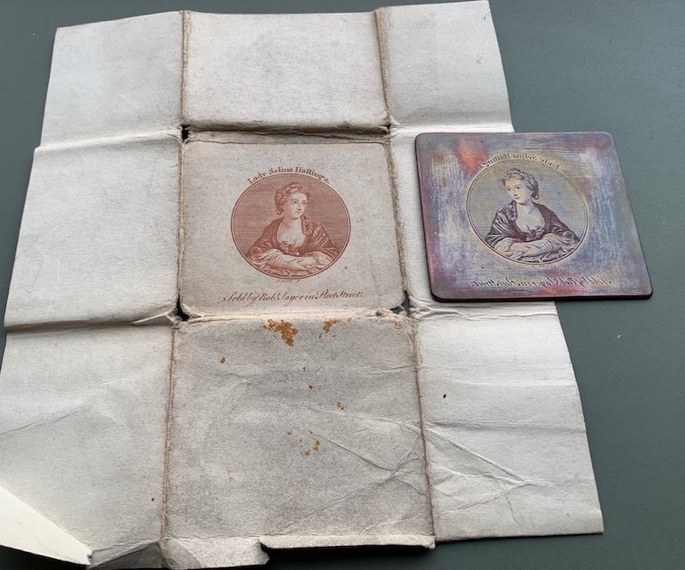 Copper plates with the digital image inverted below.

Each of these ladies were the subjects of paintings by Sir Joshua Reynolds, later reproduced in mezzotint and widely distributed. While John June is confirmed to have engraved only one plate, we can attribute the others to him as well. Robert Sayer’s catalogue of 1766 contains a list of sixty-one ‘Designs in miniature for watchcases’ engraved by Louis Philippe Boitard at 3d. plain and 6d, so it is possible the same portrait was reproduced by several engravers over the years. See more in London 1753 by Sheila O’Connell, et al. (2003). Marquand Library DA682 .O28 2003 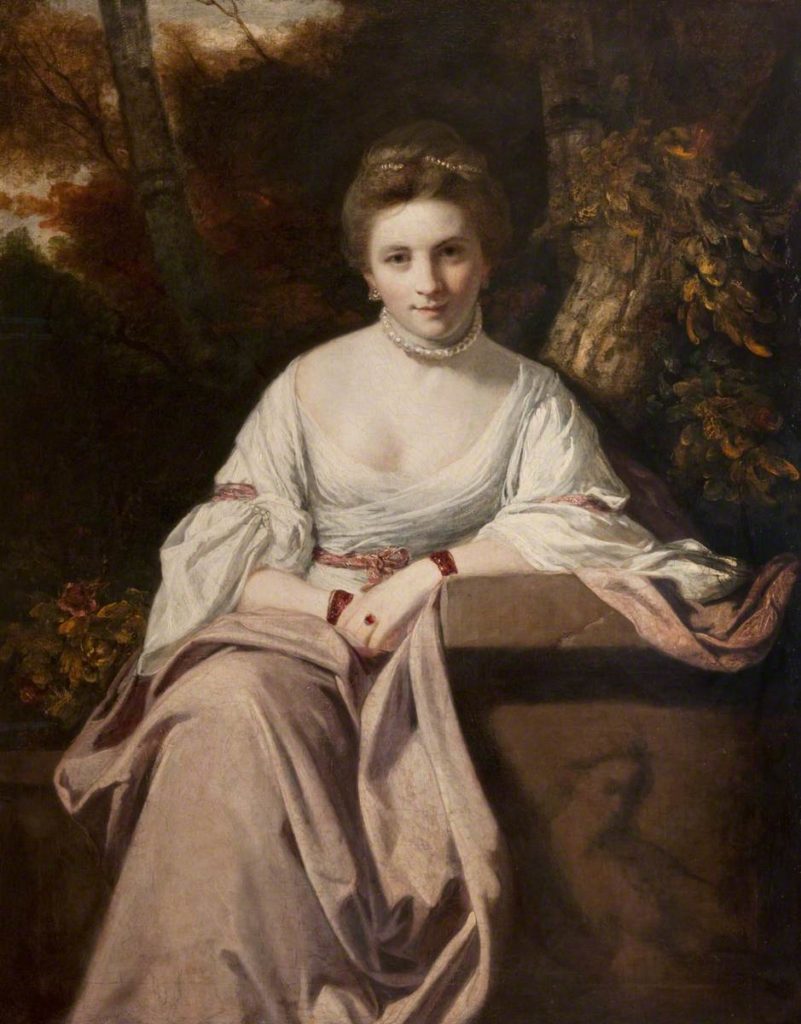 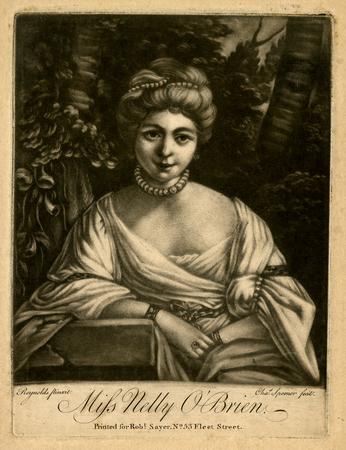 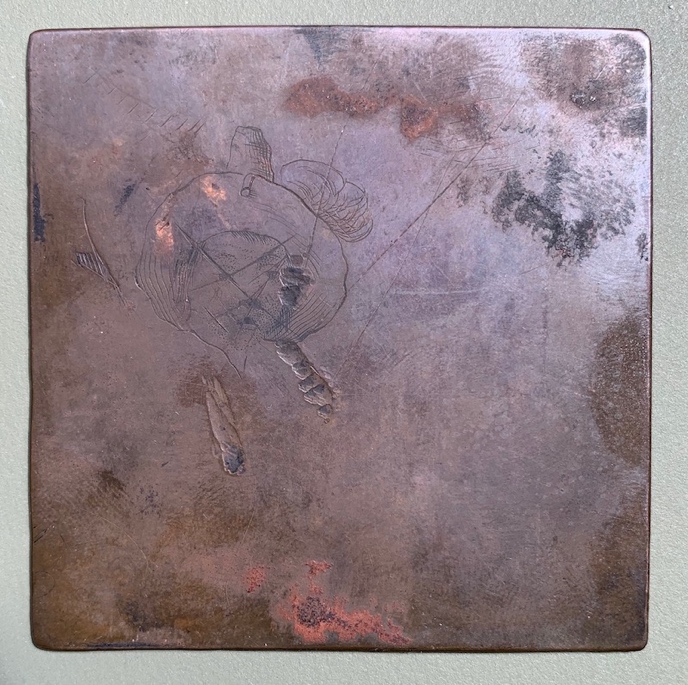