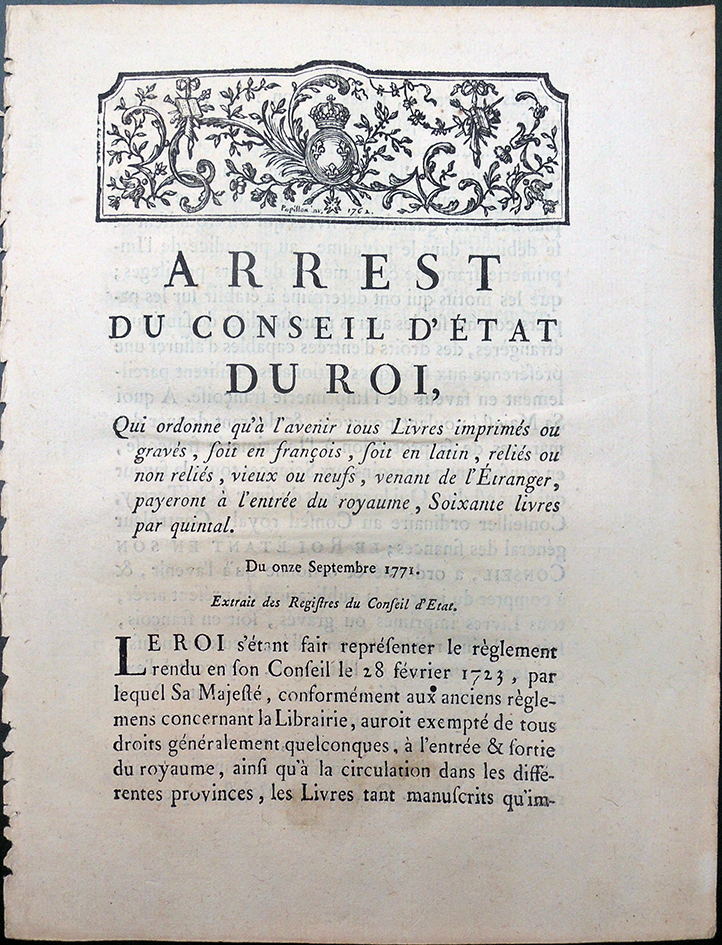 The Graphic Arts Collection recently acquired an important collection of 35 Arrêts du Conseil d’Etat du Roi = Decrees of the King’s Council of State (1771 to 1789). These join several other collections of decrees in special collections beginning in 1704. The new acquisitions include parliamentary papers regulating the printing and book trade in France, most published in Paris but some from Lille. Here are a few examples.

In order to understand the nature, evolution, and basic conceptions of French administrative law, it is essential to study the role of the Conseil d’État, the supreme administrative tribunal. Creative and dynamic, often even bold, the jurisprudence of this remarkable body remains nevertheless prudent and fundamentally evolutionary. One would search in vain for the major principle of French administrative law in the legislative texts; they have been developed by the jurisprudence of this Council as it proceeds, by a series of successive decisions, from specific cases to ultimate yet flexible generalizations, establishing basic legal concepts not only by the skillful interpretation of texts, but also by creative construction when the texts are silent.

Together with its doctrinal achievements, the Council’s usus fori or judicial practice forms a flexible source of principles applicable to specific cases. The legislator may regulate according to circumstances and the necessities of the moment, without concerning himself with general principles or even conforming rigorously to those created by jurisprudence and theory. But the administrative judge, in administering justice, performs a genuinely creative task and establishes bases for legal thought.– Georges Langrod, The French Council of State: Its Role in the Formulation and Implementation of Administrative Law: https://doi.org/10.2307/1951432 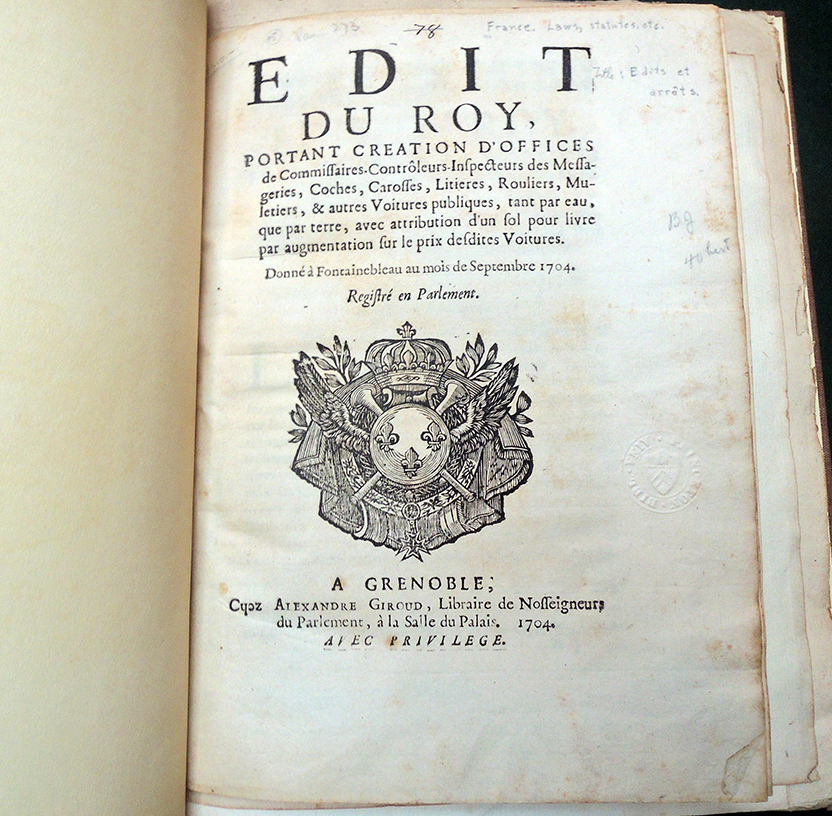 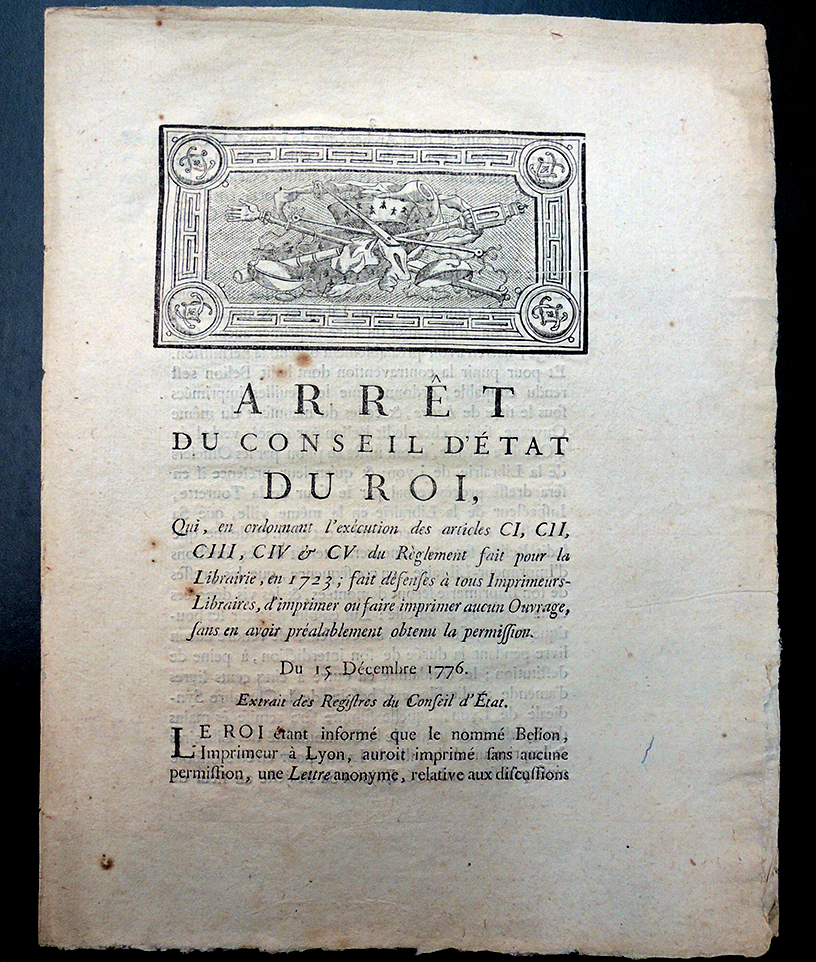 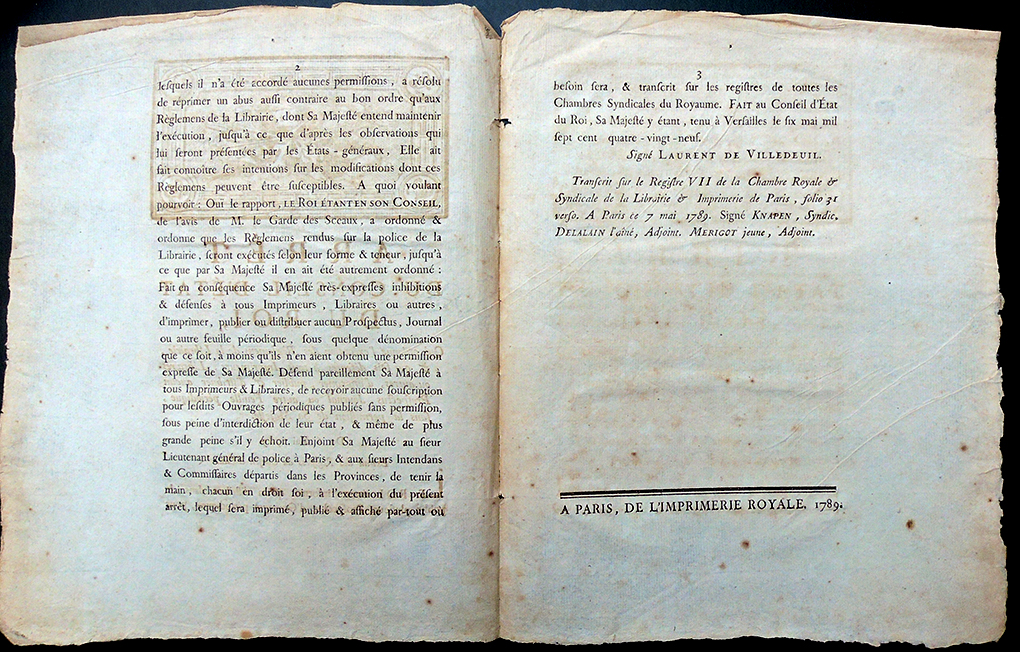 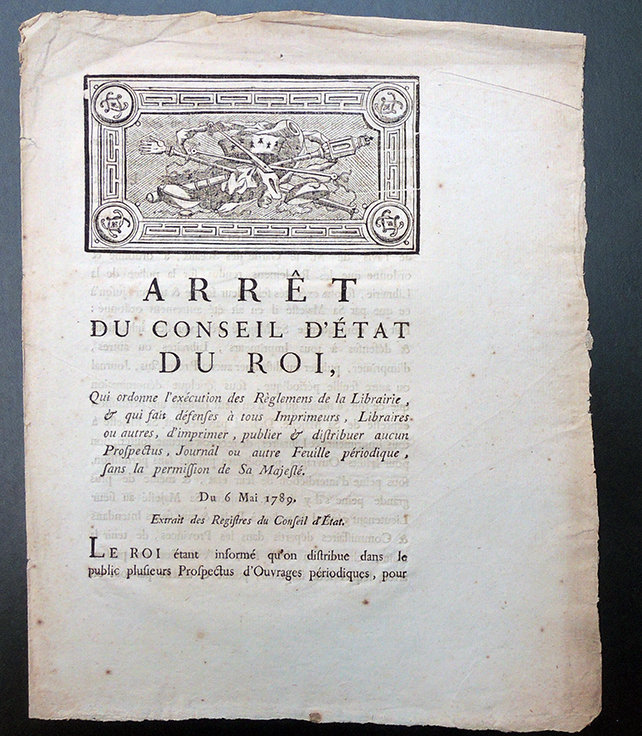 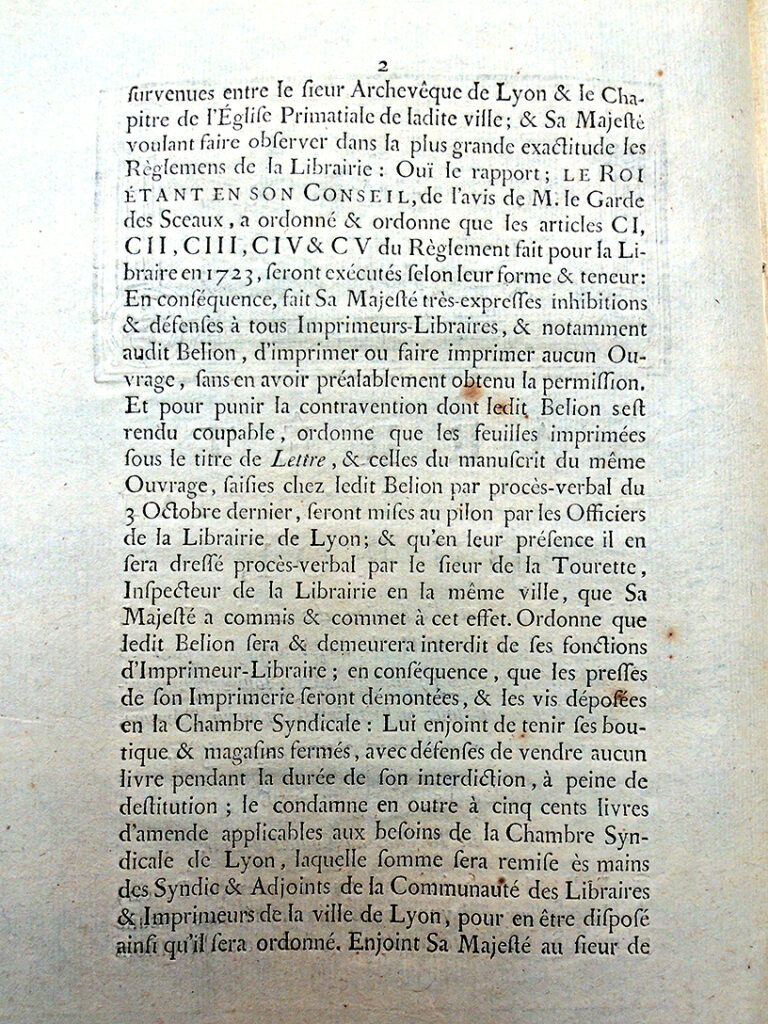