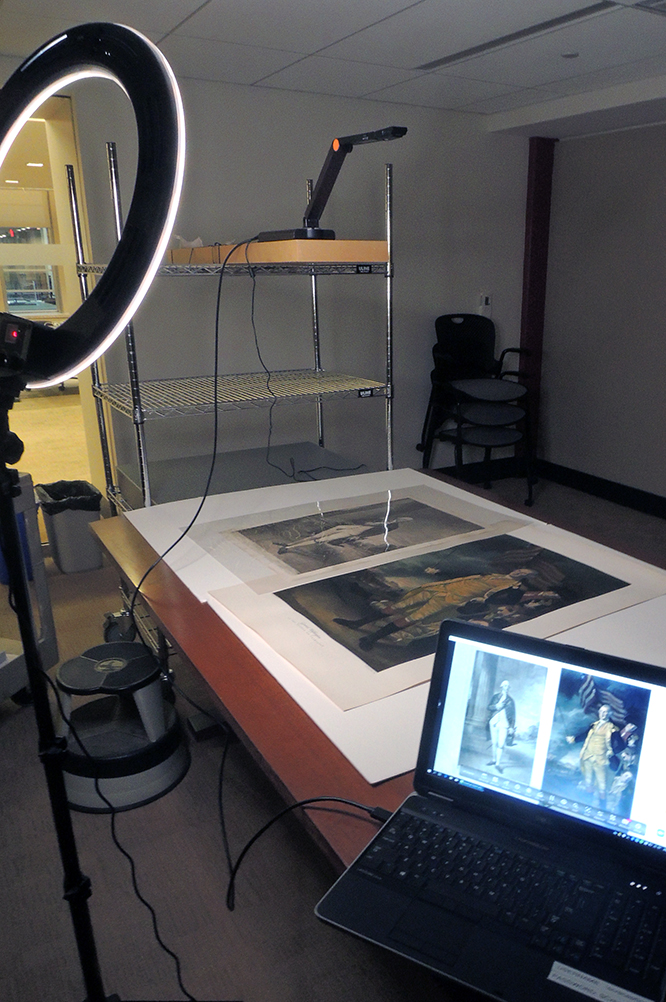 We continue to teach live using the original material in the graphic arts collection to reach our students who are not on campus. Today was the practice run for Professor Linda Colley’s Junior Seminar in History, in which we will compare George III with George Washington while demonstrating the many mediums and formats through which you can learn. Here is a pochoir print reproducing the oil painting by Charles Willson Peale of George Washington at the Battle of Princeton together with a mezzotint after Thomas Gainsborough’s George the Third, King of Great Britain. 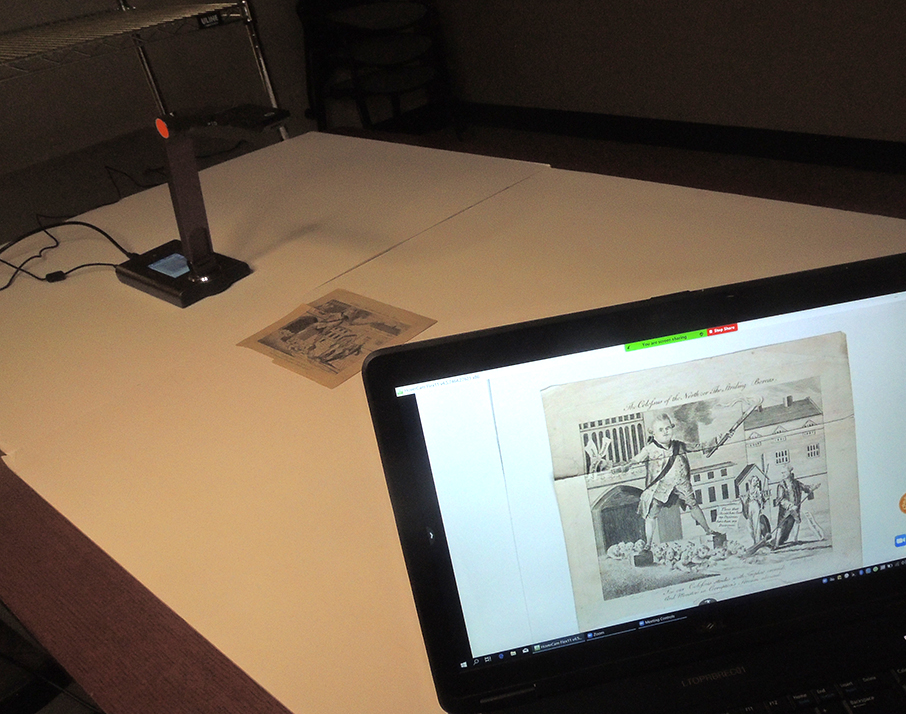 One of the many complications is adjusting the equipment to accommodate the very large as well as the very small, while continuing to talk about specific details. 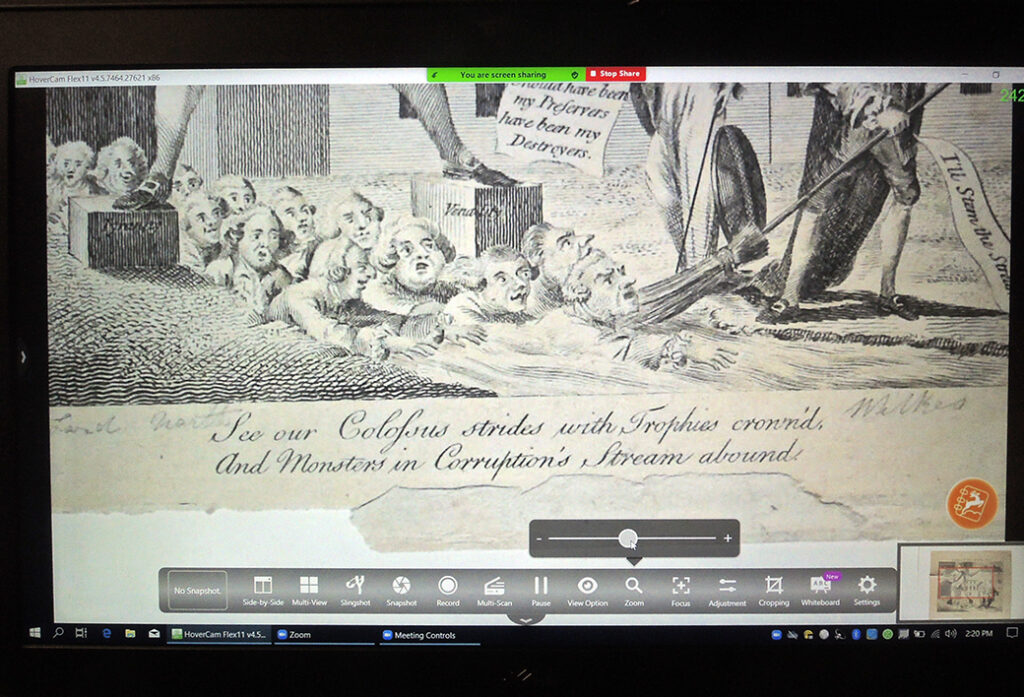 Some material like the John Trumbull’s 1786 sketch of the Death of General Mercer [Sketch for The Battle of Princeton] is already digitized online: https://catalog.princeton.edu/catalog/10660639. But others, like the watch in an open face case worn by Col. Thomas Turbott during the Battle of Princeton, is not. 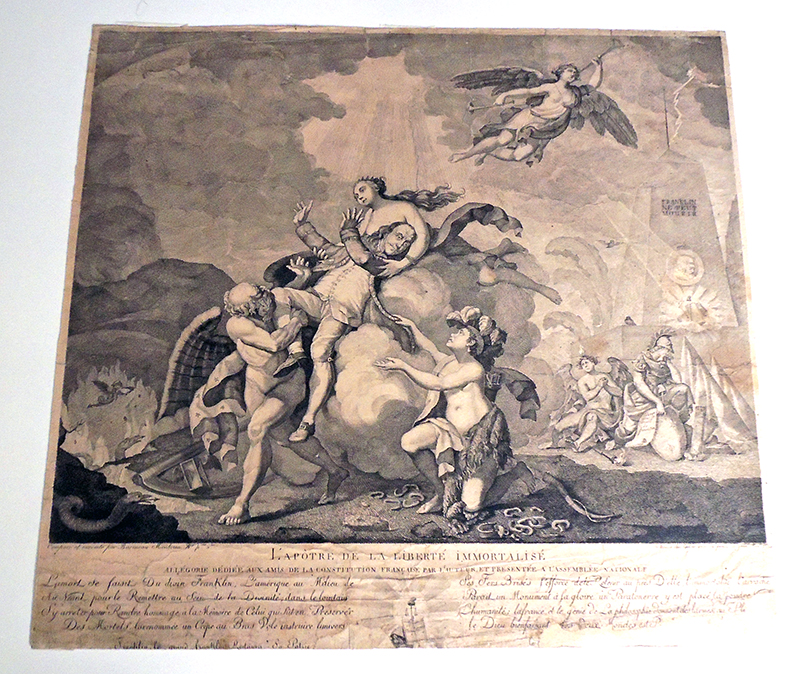 Besides it is more fun to see and talk about the material live, than to hand out digital addresses. Such as Baricou Montbrun’s L’Apotre de la liberte immortalize (The Apostle of Freedom Immortalized or The Apotheosis of Benjamin Franklin), [Paris: Montbrun, ca. 1790], a stipple engraving in which Franklin is being assumed into heaven as the world mourns his loss.

Or Wha wants me, 1792, in which Thomas Paine holds a scroll of the “rights of man” surrounded by injustices and standing on labels.

Thanks to the many, many people who have helped set this up and continue to make these classes possible. 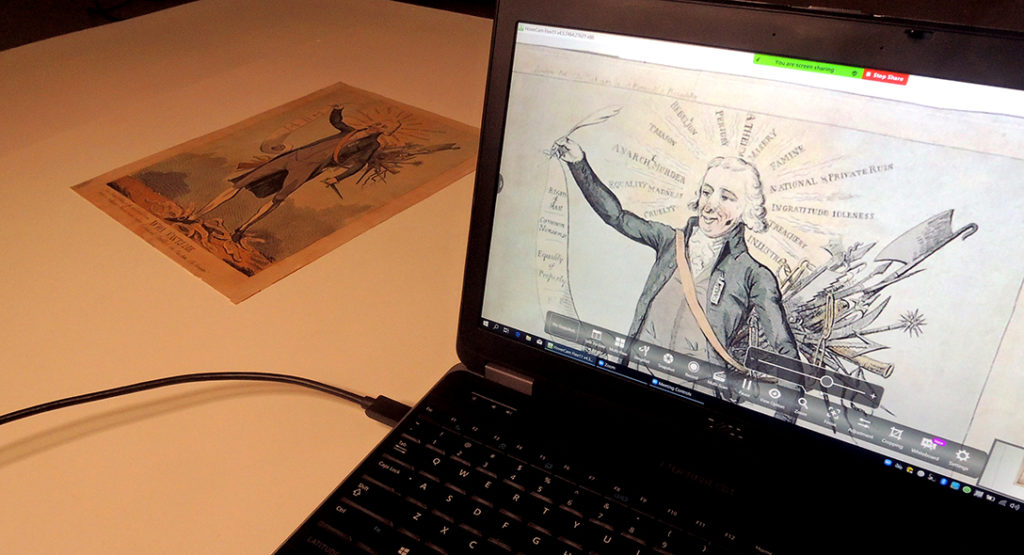