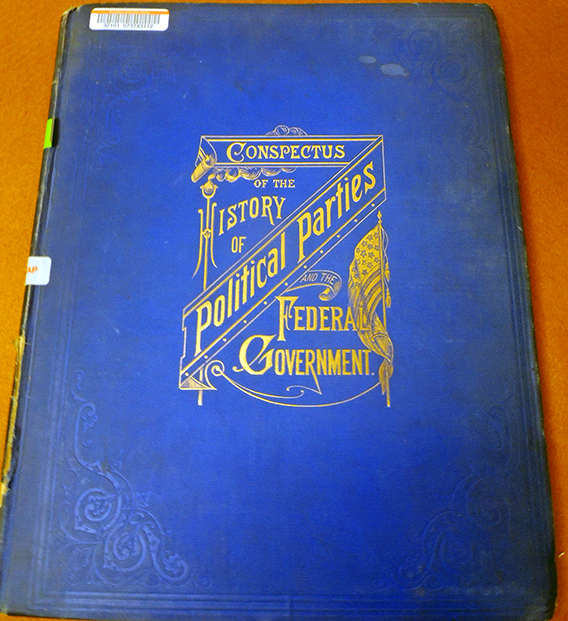 Walter Raleigh Houghton (1845-1929) was a history professor at Indiana University who believed  that “the political history of the United States has received less attention than any other important portion of the history of our country, notwithstanding the fact that there is no other subject which meets with such general consideration as politics.” Therefore he took it upon himself to chronicle and depict American political history in several books, each using these colorful maps and charts. 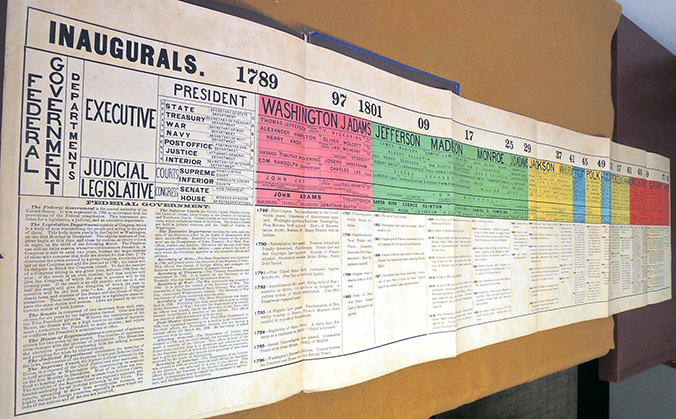 Unfortunately, Googlebooks did not remove the panoramic charts from the envelope, so that they could be digitized. 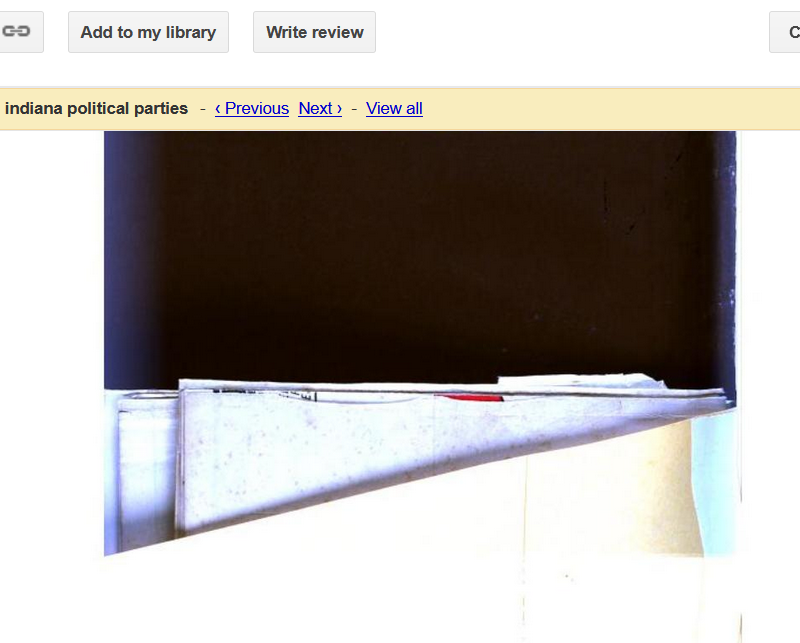 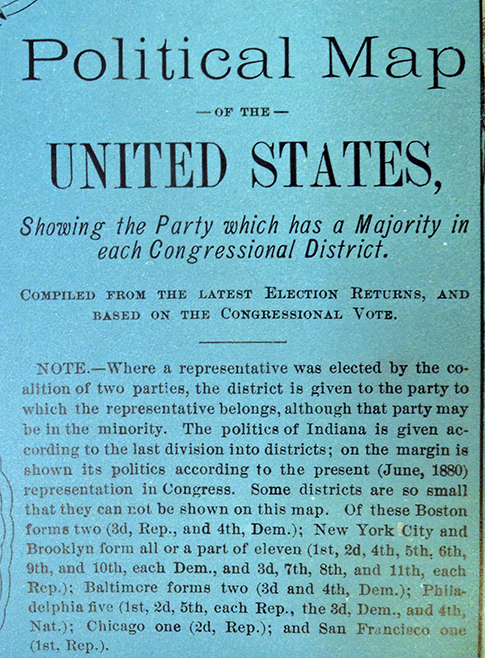 In this 1880 plan, Republicans are red and the Democratic are yellow. There are many online sites giving the modern day history of party colors but few of them mention yellow. For instance: https://www.smithsonianmag.com/history/when-republicans-were-blue-and-democrats-were-red-104176297/ 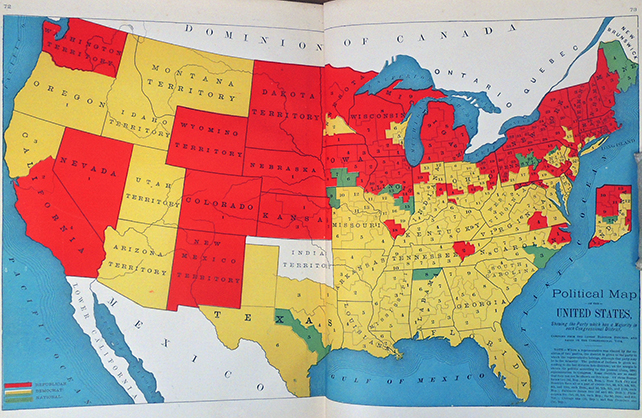 Here is the timeline broken into segments so it can be read. 1789 to 1881 election data includes various heads of state, treasury, war, navy, post office, justice, and interior. 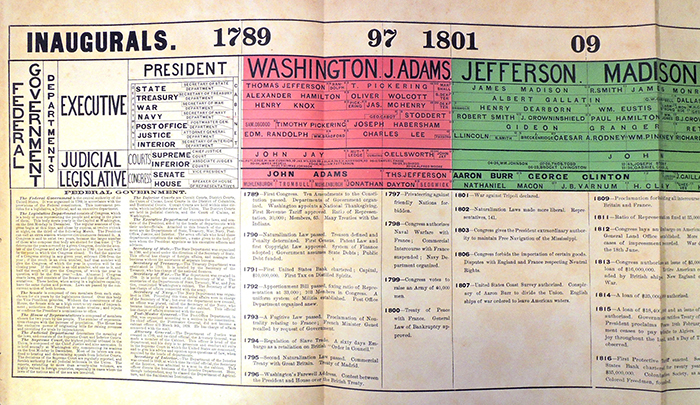 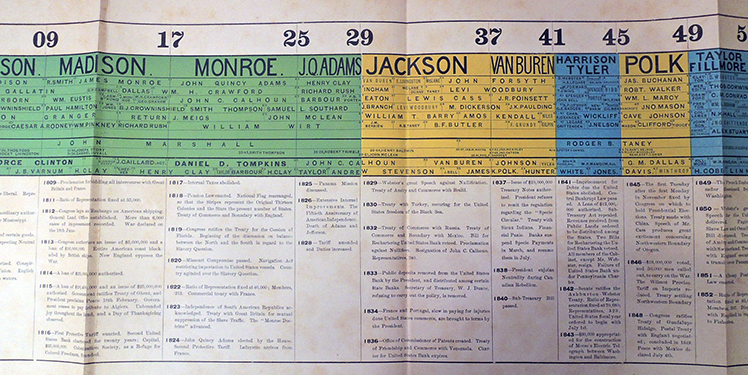 Princeton’s copy is missing the timeline that presents U.S. political parties entitled: “Diagram of the Rise and Fall of American Political Parties, from 1789 to 1880, inclusive.” Here is the online version:

Note, Houghton’s “Rules of Politeness” can be downloaded for free: https://openworks.wooster.edu/do/search/?q=author_lname%3A%22Houghton%22%20author_fname%3A%22Walter%22&start=0&context=4358143&facet=