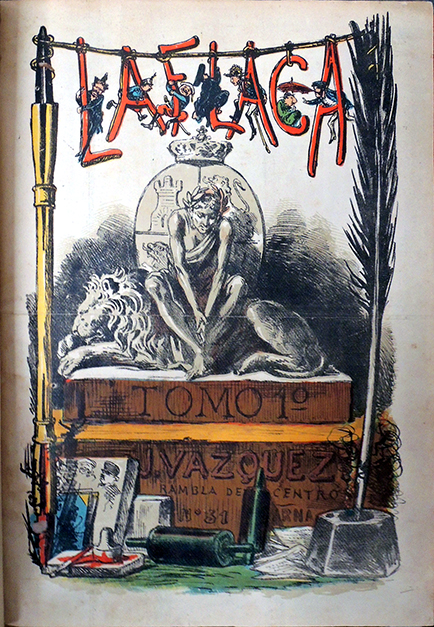 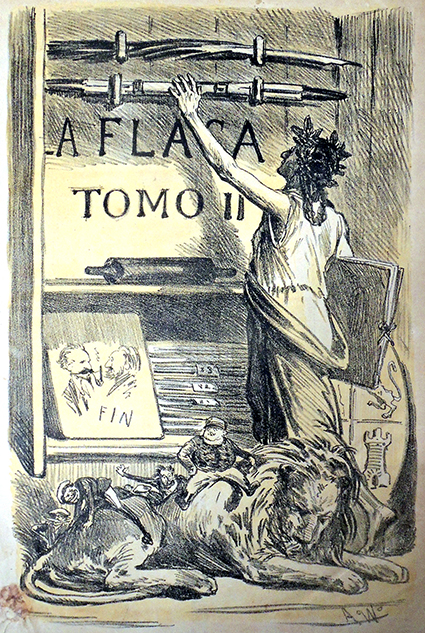 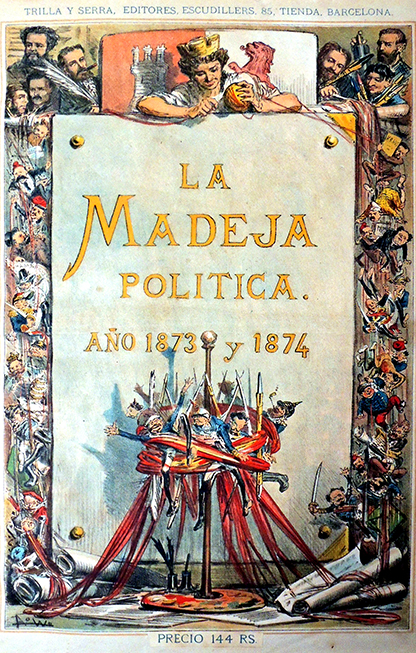 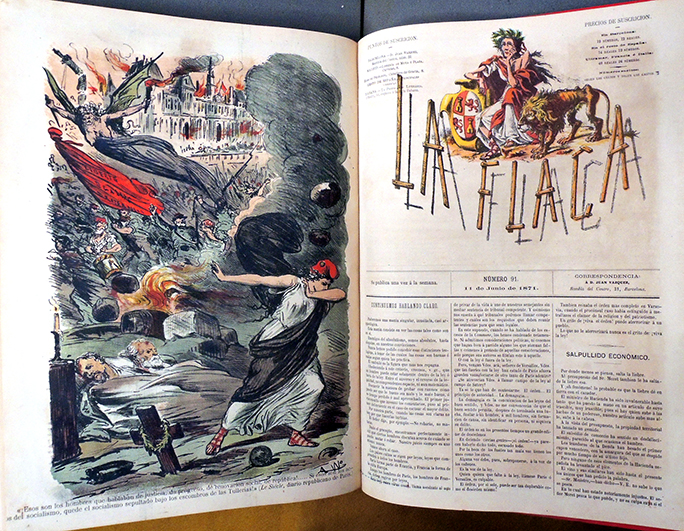 Latin American Studies and the Graphic Arts Collection recently acquired a scarce complete run of this remarkably well-illustrated satirical weekly, which began life as La Flaca. Each issue is typically comprised of one bifolium with a full-page color lithograph in volume 1 and in volume 2 ans 3, a double-page lithograph. More digital images have been posted at: https://translate.google.com/translate?hl=en&sl=fr&u=https://fr.wikipedia.org/wiki/La_Flaca&prev=search&pto=aue 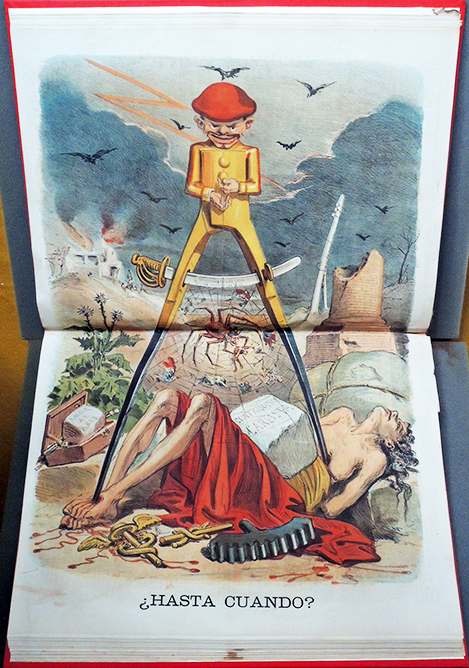 Published in Barcelona, the Republican magazine faced intense government censorship and so, frequently changed its name, switching from La Flaca to La Carcajada, then La Madeja, La Madeja Política, and finally El Lio to avoid the censors. Biting criticism of the Spanish government and church was a staple while promoting freedom of the press.

The magazine’s chief illustrator was Tomás Padró y Pedret (1840-1877), who should be listed among the great caricaturist of the period. Born in Barcelona to a family of artists, he studied at the Real Academia de Bellas Artes de San Fernando in Madrid. It has been noted that another student, Mariano Fortuny, introduced him to the drawings by Paul Gavarni, an obvious influence in his satirical work. it is interesting that many plates use the iconography of drawing or writing or printmaking in their satirical message. 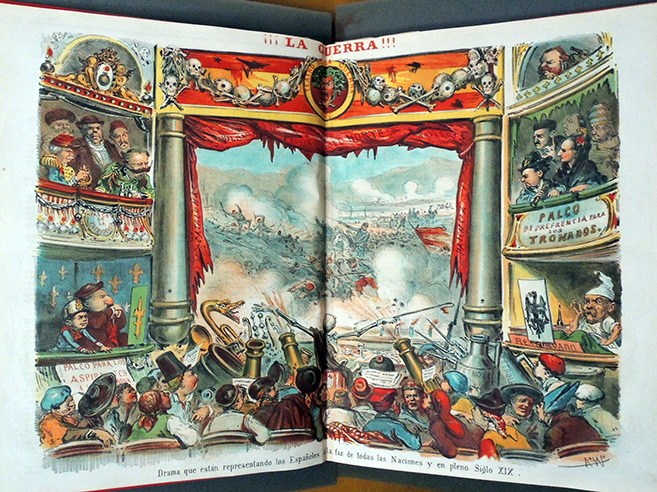 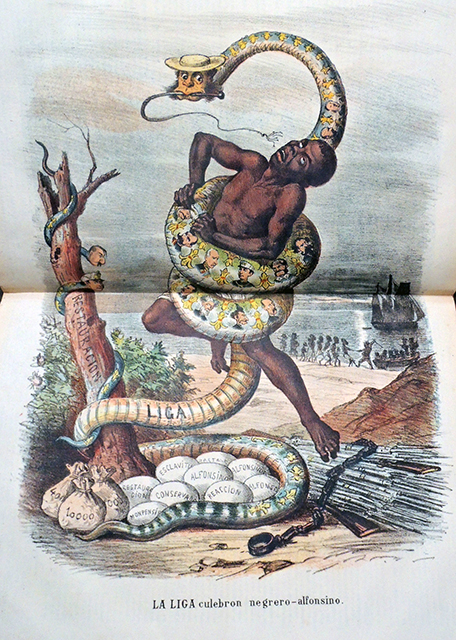 “The title was an ironic allusion to the plight of the Spanish people: the rickety woman with a shield bearing the country’s coat of arms and laurel wreath, accompanied by an equally starving lion on the cover of the magazine was a satire allegory of the woman and the lion fomented by the authorities in the 19th century and supposed to embody the alliance between the monarchy and the people.” 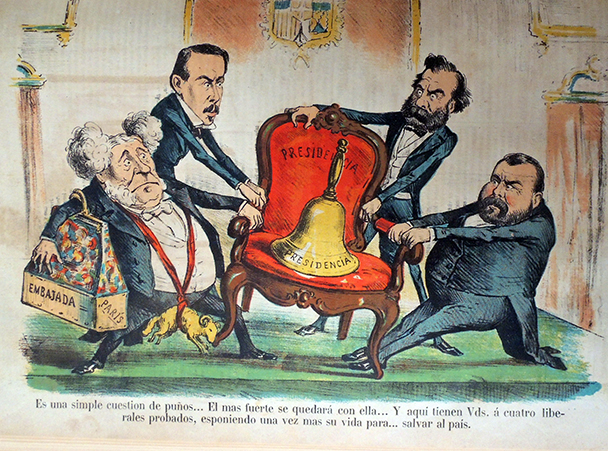 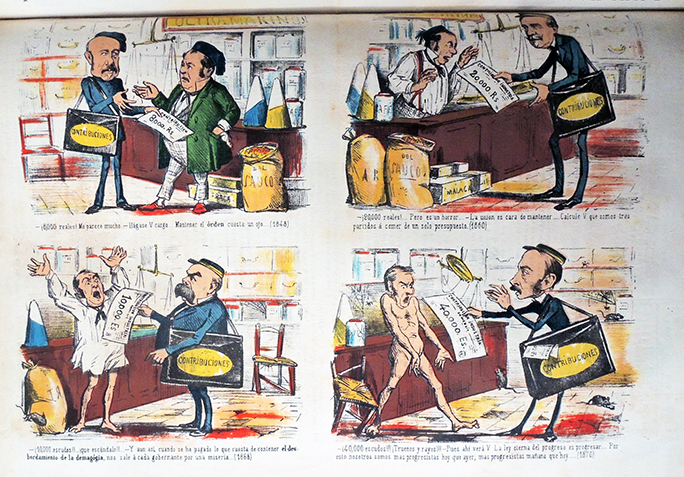 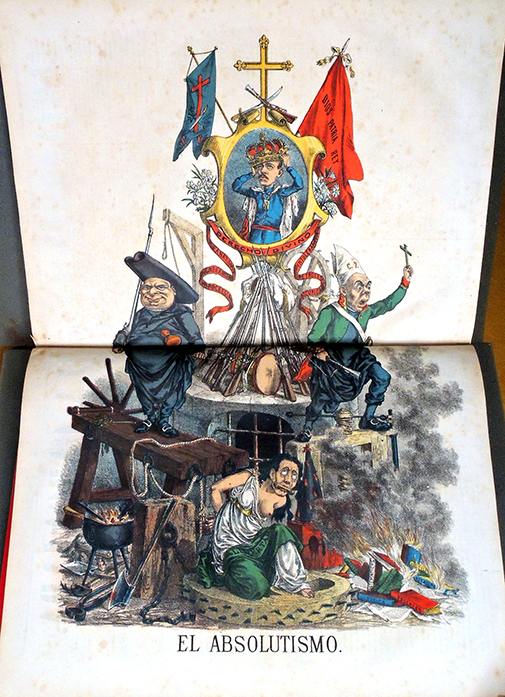 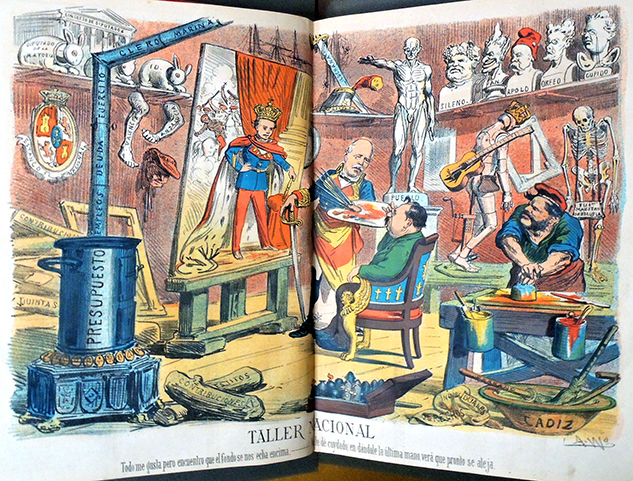