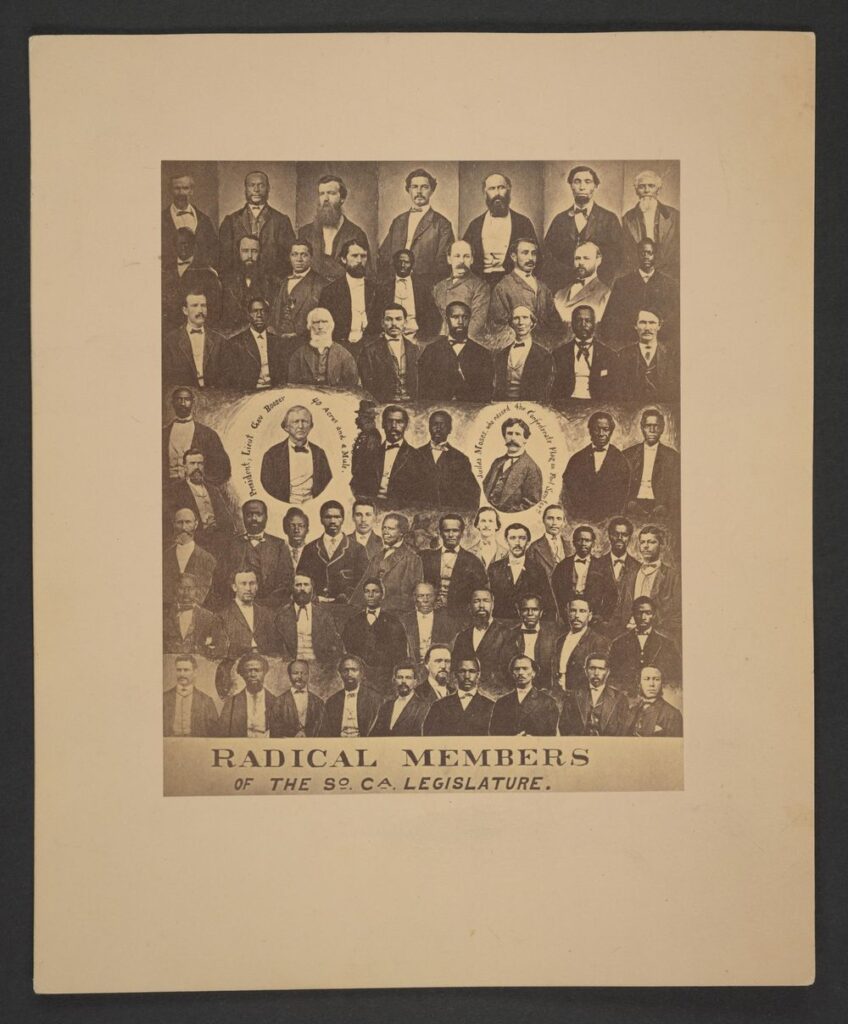 After our recent election, did anyone ask if either house, any legislature, or other governing body now had a majority of Black members? On January 14, 1868, the South Carolina constitutional convention met in Charleston with a majority of Black delegates.

There are many images of this 1868 photo-montage on the internet. We digitized ours so researchers could enlarge and study each individual man. https://catalog.princeton.edu/catalog/10657586 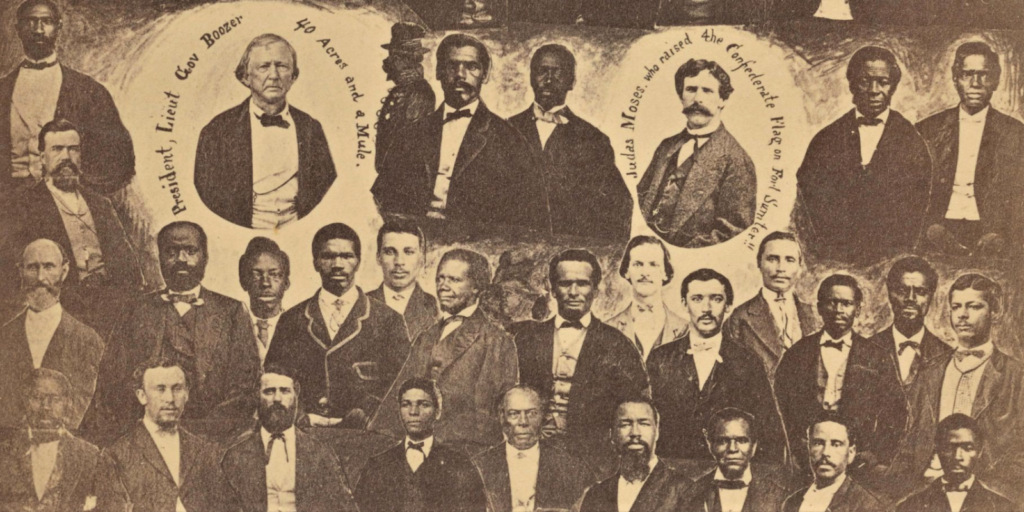 As described by the Digital South Carolina Encyclopedia,

The 1868 constitution was revolutionary because it embodied many democratic principles absent from previous constitutions. The new document provided for population alone, rather than wealth or the combination of wealth and population, as the basis for House representation. It also continued popular election of the governor. Additionally, the 1868 constitution abolished debtors’ prison, provided for public education, abolished property ownership as a qualification for office holding, granted some rights to women, and created counties. Provisions [in schools] for the deaf and blind were also ordered. Race was abolished as a limit on male suffrage. The Black Codes that had flourished under the constitution of 1865 were overturned. There was no provision against interracial marriage, and all the public schools were open to all races.

This text accompanies the print:

“These are the Photographs of 63 members of the reconstruction South Carolina Legislature, 50 of whom are negros, or mulattoes and 13 white. 22 read and write (8 grammatically). The remainder (41) make their mark with the aide of an amanuensis. Nineteen (19) are tax-payers to an aggregate amount of $146.10 the rest (44) pay no taxes, and the body levies on the white people of the State for $4,000,000.”

Two of the images in the composite read: “President, Lieut. Gov. Booze 40 acres and a mule” and “Judas Moses who raised the Confederate flag on Fort Sumter”.