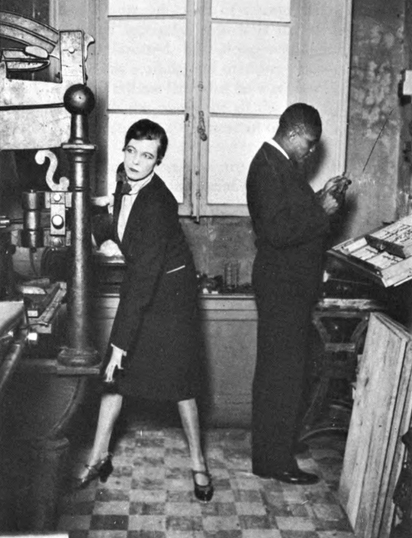 One of the most interesting small presses to come out of Paris in the 1920s was Hours Press, run by Nancy Cunard (1896-1965), with the assistance of Henry Crowder (1890-1955). Details about the press are recorded by Cunard herself in These were the Hours: memories of my Hours Press, Reanville and Paris, 1928-1931, edited with a foreword by Hugh Ford (Carbondale: Southern Illinois University Press, [1969]).

The British heiress was a popular jazz age beauty, well over six feet tall, she was sought after by many artists including Constantin Brancusi whose bronze sculpture La jeune fille sophistiquée (Portrait de Nancy Cunard) sold in 2018 for $71,000,000.

Cunard settled in Paris at the age of 24, where she published three volumes of poetry in quick succession: Outlaws in 1921, Sublunary in 1923, and Parallax in 1925. Convinced that she could print and publish her own books, Cunard left Paris in 1927 for a house in Réanville, Normandy. There she installed a 200-year-old Belgian Mathieu hand press purchased from Bill Bird of Three Mountains editions. It came with plenty of Caslon Old Face type and Vergé de Rives paper that she happily used for most of her early books. As a printer Cunard was chiefly self-taught although she had some lessons in setting type from Leonard and Virginia Woolf. Her imprint was to be called Hours Press, perhaps a suggestion from Virginia. 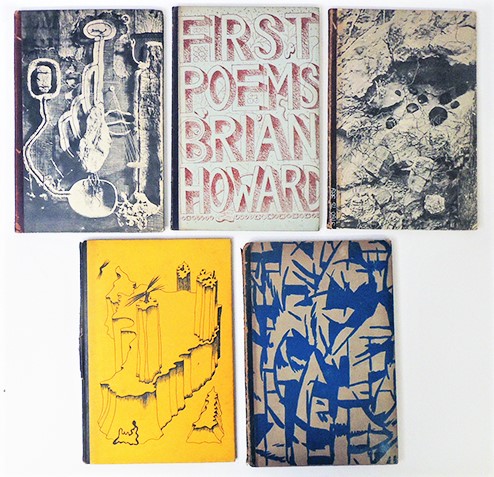 Front covers above. Back covers below. 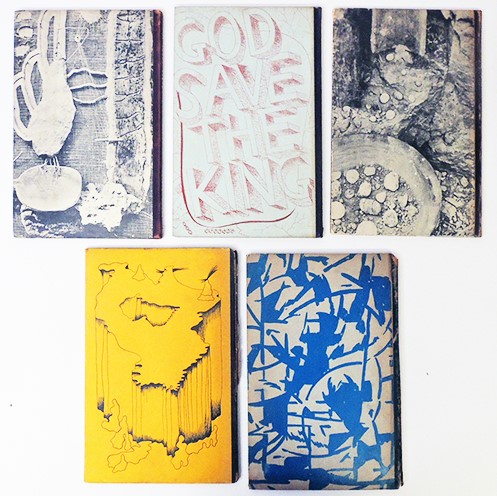 Around this time, she also fell in love with Henry Crowder (1890-1955), a Black American jazz musician and lived with him for the next eight years, building the printshop together. “Henry Crowder, . . . had helped in many different ways already . . . Together we folded the sheets into pages as they came off the new Minerva press I had just bought to increase the tempo of our work.” Many friends offered to let Hours Press publish their manuscripts and artists such as Man Ray and Yves Tanguy agreed to design the covers.

In January 1930, they moved their home and printshop back to Paris where Crowder could both print and perform with his jazz band. Under his direction, they also worked on an anthology of African American writing to be called Negro, which soon became an obsession for Cunard. While vacationing in the south of France that summer, Cunard and Crowder turned over the management of the press to Mrs. Wyn Henderson and her young printer John Sibthorpe. This freed Cunard for research and travel to collect work for their anthology but eventually, she had to choose between projects. Hours Press was closed in early 1931 having completed 25 publications. 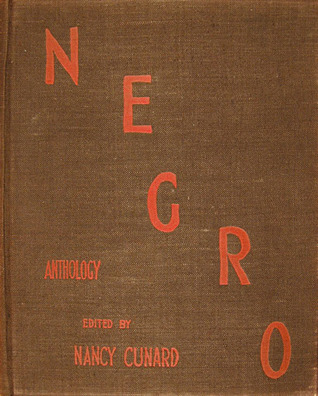 Cunard published her Negro anthology in 1934, collecting poetry, fiction, and nonfiction primarily by African-American writers, including Langston Hughes and Zora Neale Hurston along with writing by George Padmore and her own essay on the Scottsboro Boys.

1928
Douglas, Norman. Report on the Punice-Stone Industry of the Lipari Islands. June 1928. 80 letterpress copies set in 11 pt. Caslon Old Face. Not for sale. 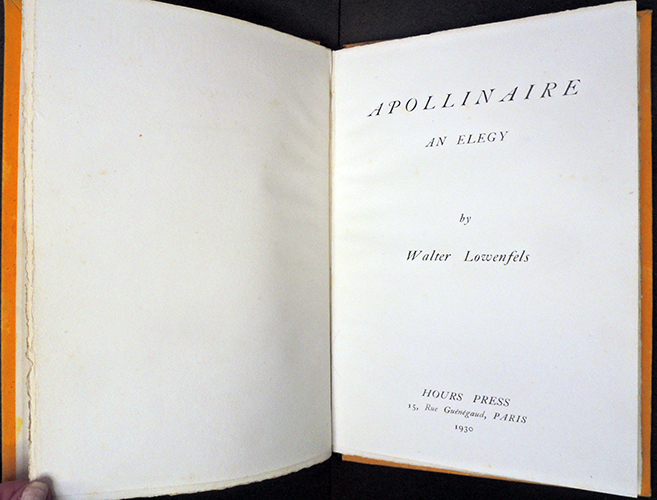 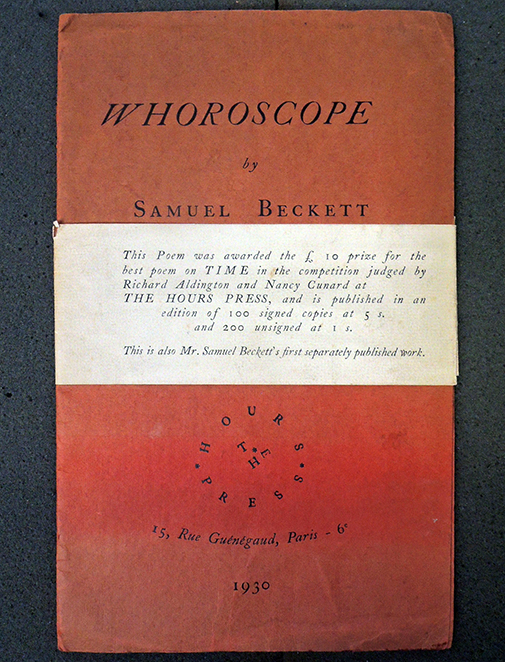 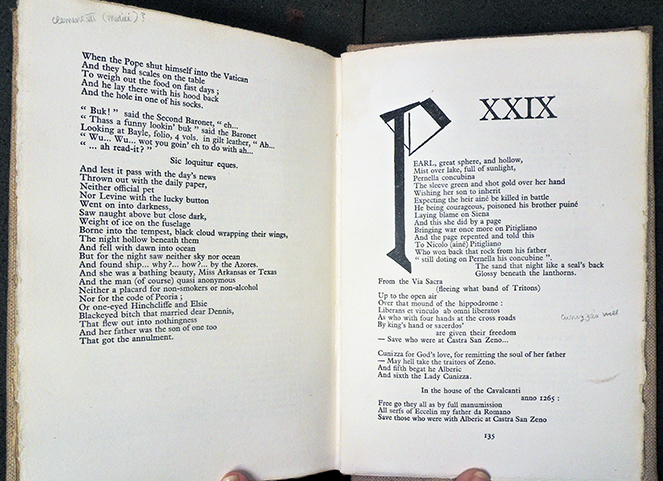 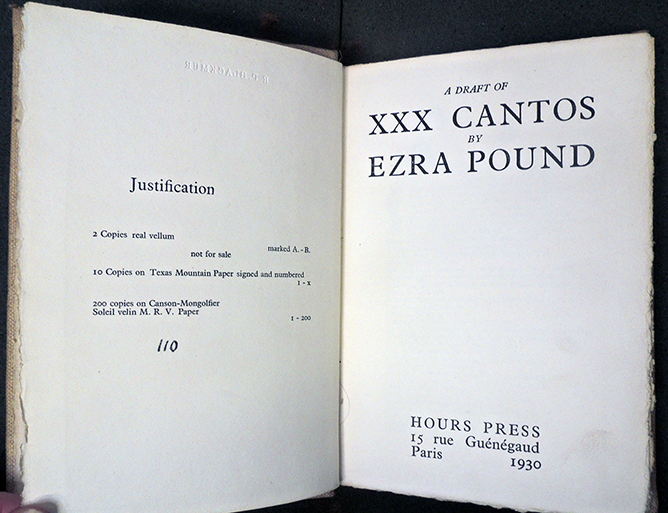 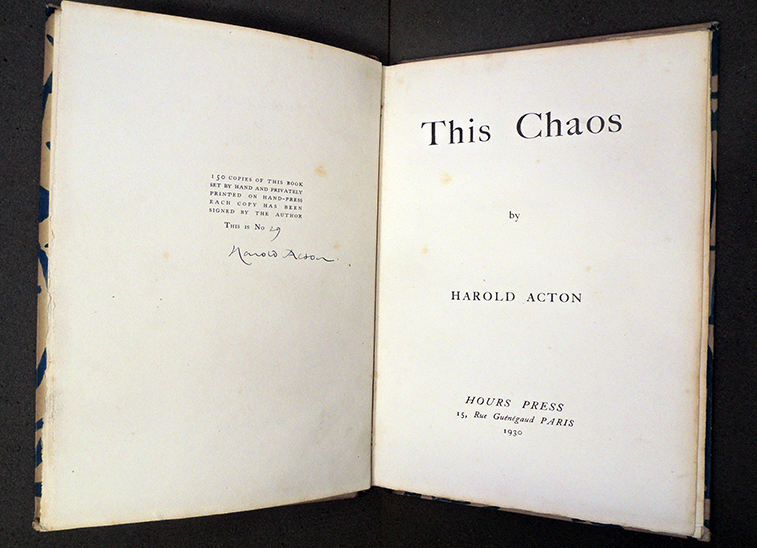 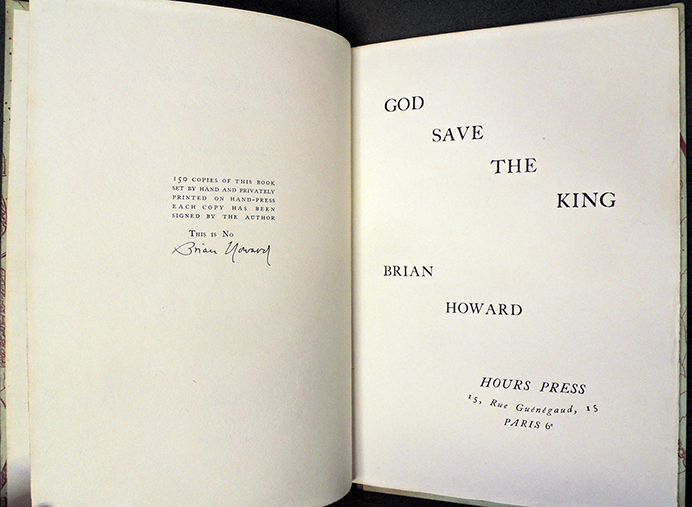 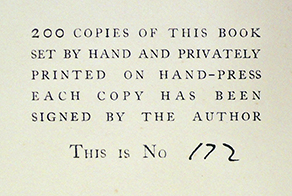 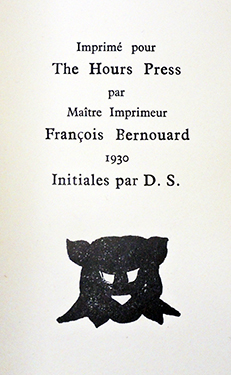