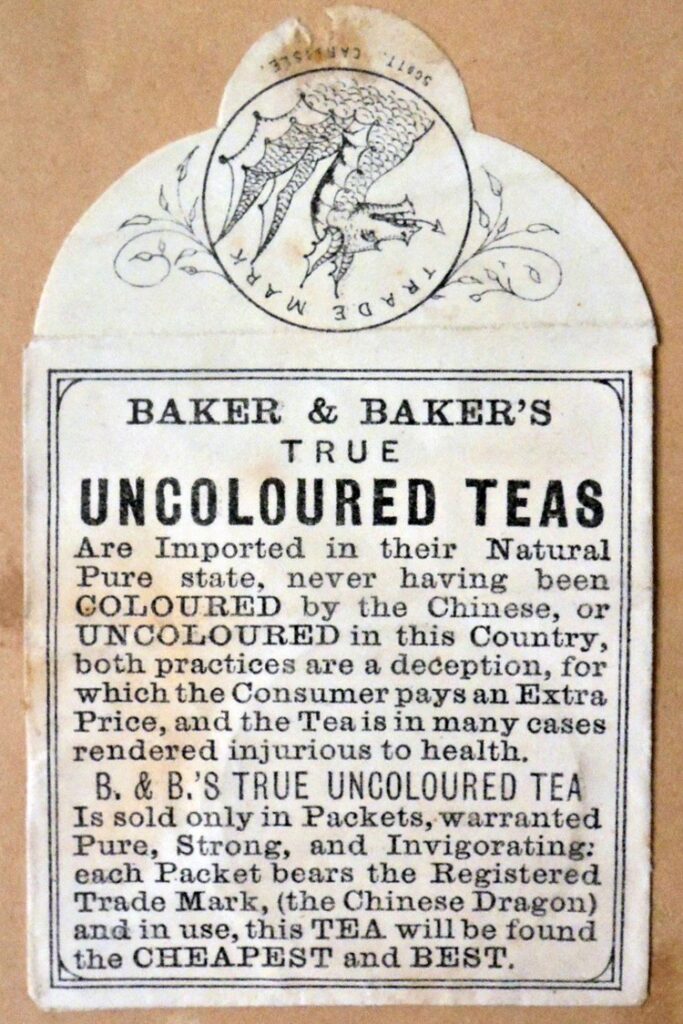 During our WinterSession class this morning, “Don’t Touch the Money,” one of the things we noticed about the mid-19th-century change packets, used in Great Britain to give a customer their change, was the description of “Coloured Tea” or “Uncoloured Green Tea.” The Oxford English Dictionary has many definitions of ‘coloured,’ but at the very bottom is an obsolete usage:
“Of a wrong act or intention: misrepresented so as to appear favourable or acceptable; disguised; glossed over. Obsolete.
1537 J. Husee Let. 24 May in Lisle Papers (P.R.O.: SP 3/5/65) f. 90 M. Owdall shall..at lenght haue lytyll thankes and lesse honesty for his coloryd doinges.
1557 Bible (Whittingham) 1 Thess. ii. 5 Nether dyd we any thing in coulored couetousnes.
1570 J. Foxe Actes & Monumentes (rev. ed.) II. xi. 2052/2 Of that your execrable periury, and his coloured and to shamefully suffered adultery.” 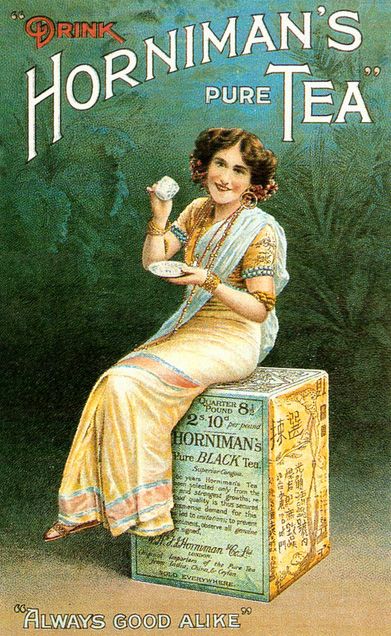 The closest we could come in contemporary New Jersey language was “My opinion was colored by the fact that I didn’t like him.”

According to the history posted by the London Horniman Tea company,
“Until 1826, only loose leaf teas had been sold, allowing unscrupulous traders to increase profits by adding other items such as hedge clippings or dust. Horniman revolutionised the tea trade by using mechanical devices to speed the process of filling pre-sealed packages, thereby reducing his cost of production and hence improving the quality for the end customer. This caused some consternation amongst his competitors, but by 1891 Horniman’s was the largest tea trading business in the world.” 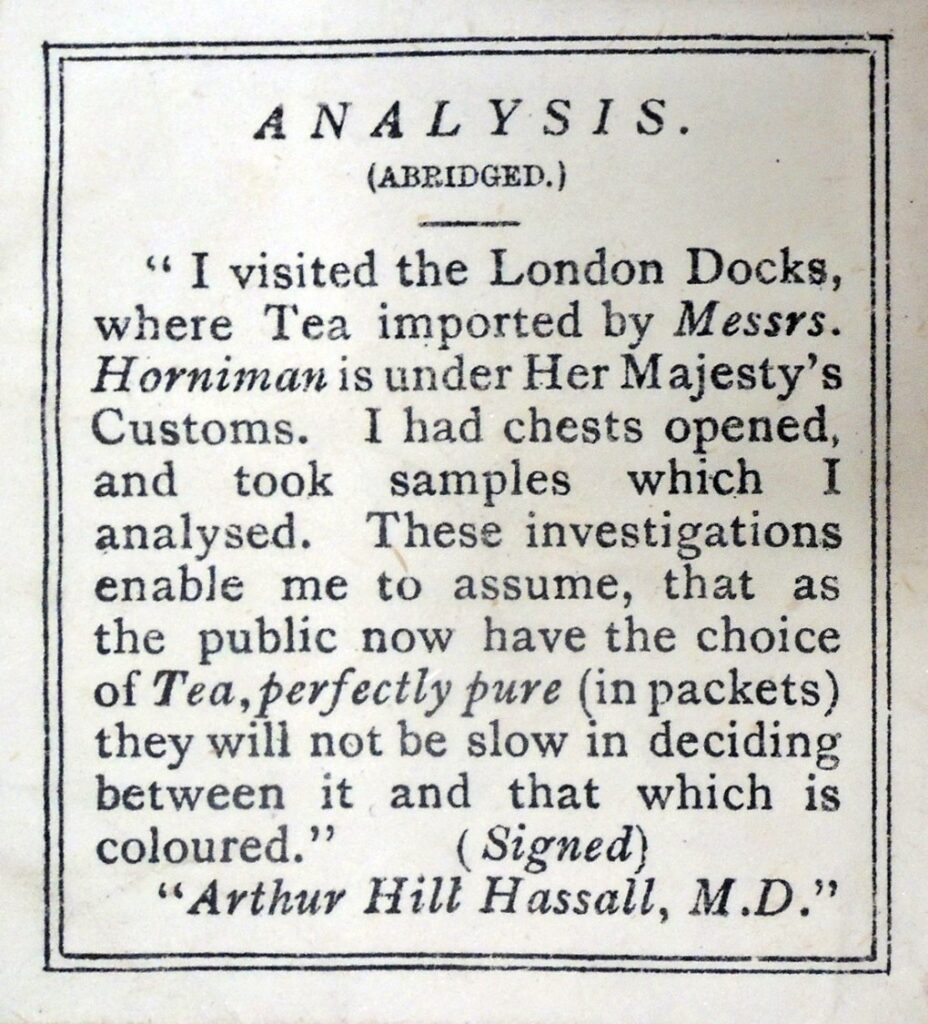 In Erika Rappaport’s book, The Making of the Consumer, she notes:

In 1826 the Quaker, abolitionist and parliamentary reformer John Horniman began selling tea in pre-weighed and sealed packages. … When it was first introduced, however, Horniman’s innovation at once created and responded to the idea that the Chinese drink was not a luxury to be sought, but a poison to be avoided. John Horniman packaged his tea to distinguish it from the competition and as a reaction to widespread anxieties about the purity of Chinese productions. Between the 1820s and the 1870s merchants such as Horniman, scientists, journalists and politicians warned British consumers that Chinese manufacturing methods were dirty and fraudulent, the most dangerous practice being the colouring of tea, especially green tea, with unwholesome and even poisonous materials.” 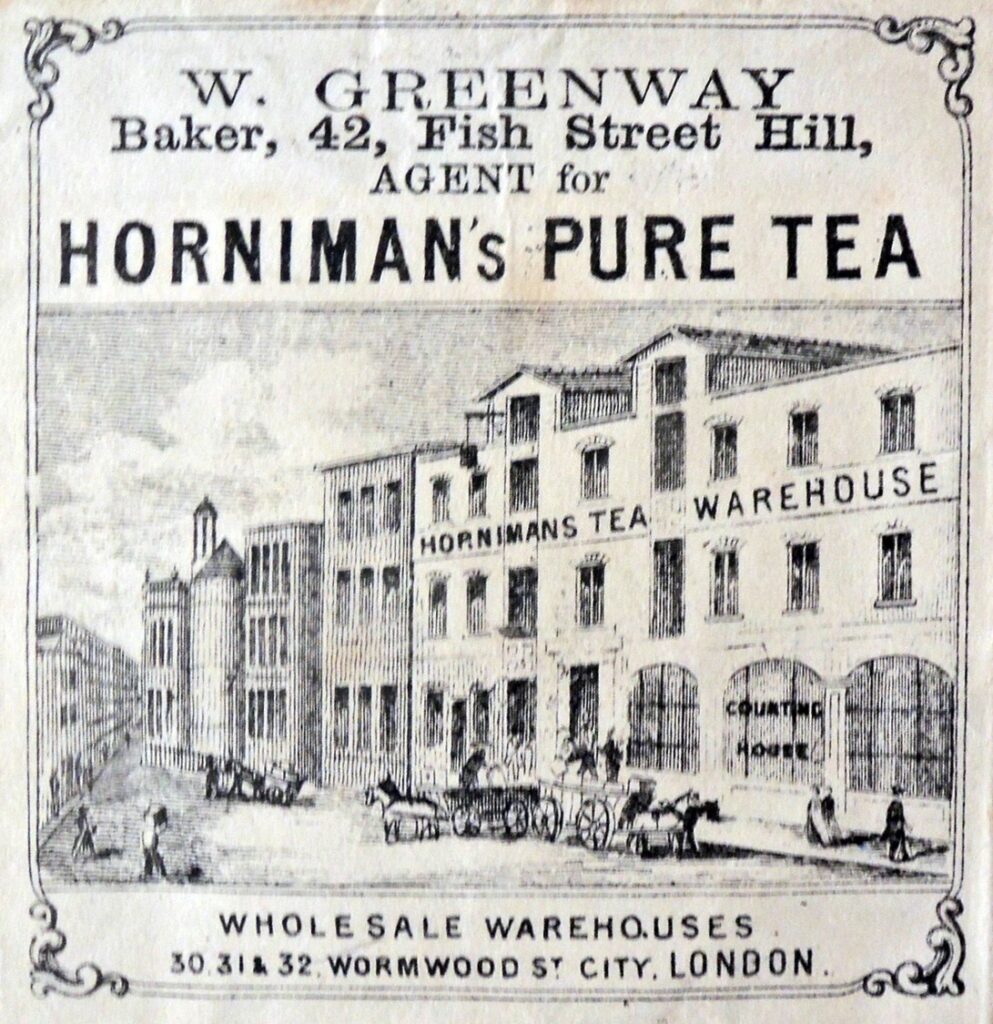 So at this time when packaging was developed as a “cash carry system” and as packaging for the secure sale of products, the word that was coined to describe pure products was “Uncoloured.” The Princeton collection of change packets offers us a wonderful history of advertising in the 1860s, 1870s, and 1880s, with the emphasis on health and trust in a manufacturer. Although we tried to find a connection with other definitions of the word that had to do with race, there doesn’t see to be a direct connection. 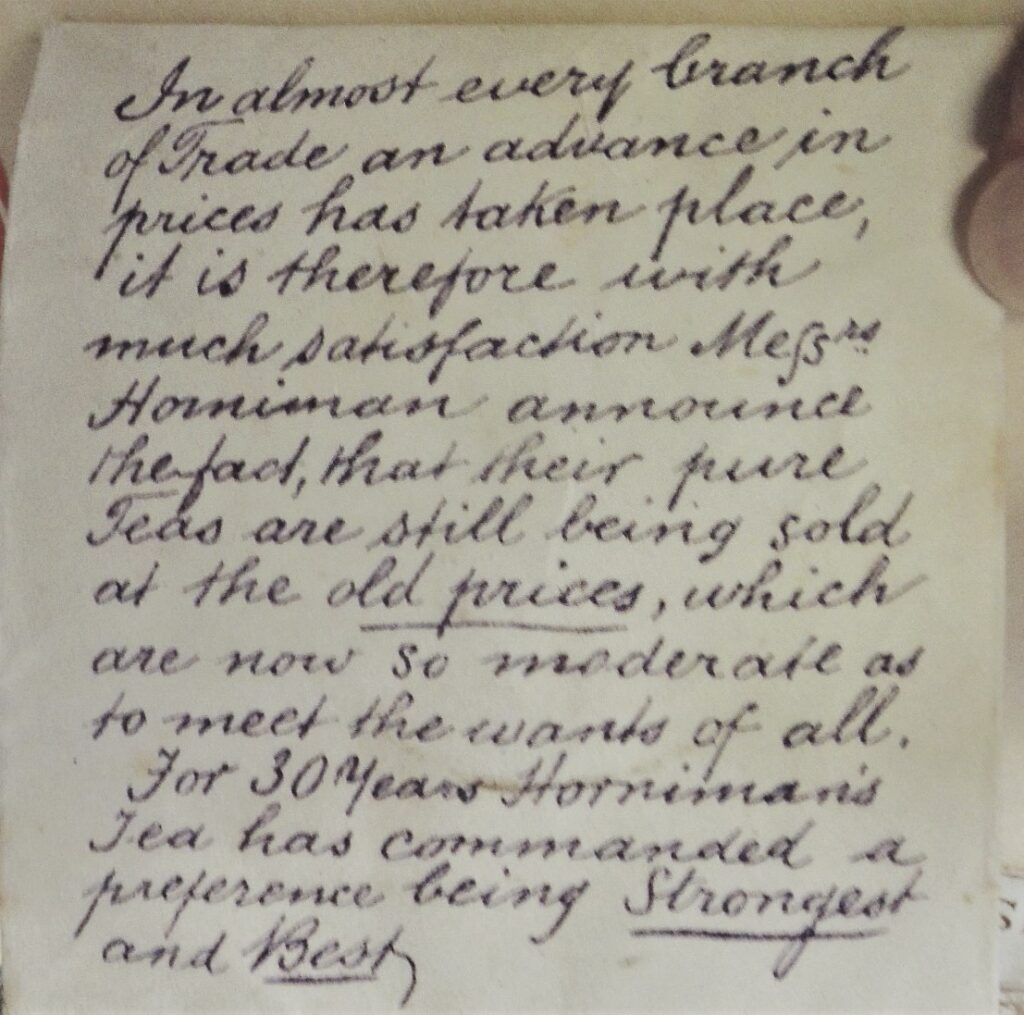 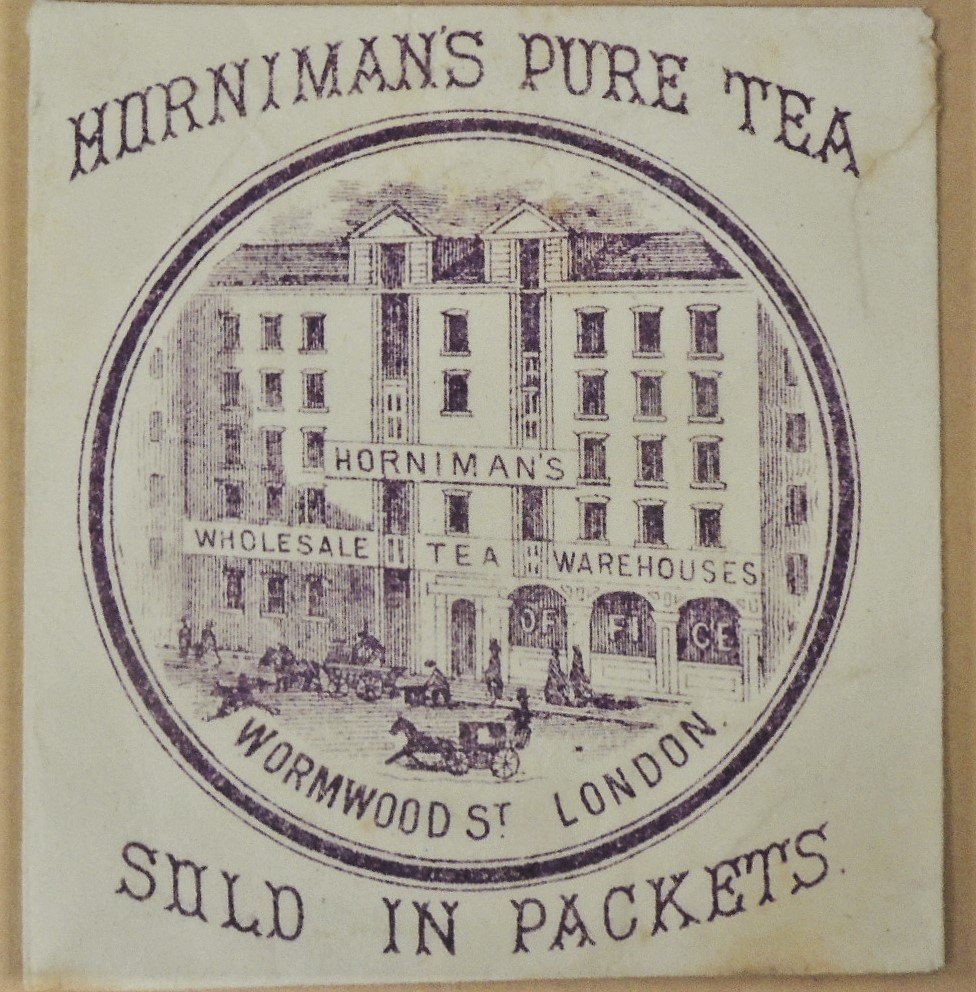 When we can travel again, we should all visit the Horniman Museum and Gardens, with their famous walrus.