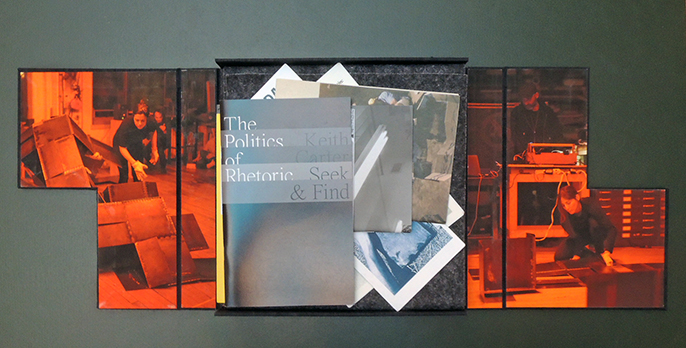 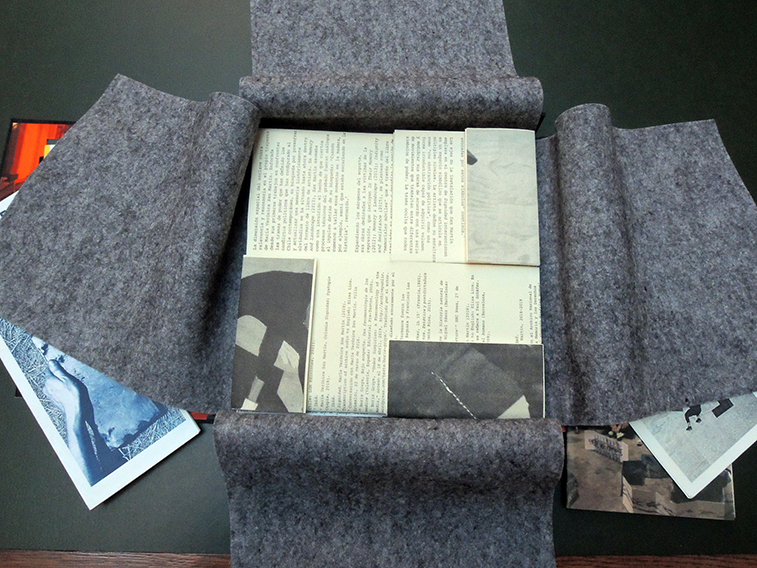 Maria Veronica San Martin is a Chilean-born artist that has resided in the United States since 2010. Her work and her art interests lie primarily in orienting the collective memory of the Chilean population towards the injustices committed under various Chilean regimes, particularly the Pinochet regime and the cruelties committed towards those living in Colonia Dignidad (renamed to Villa Baveria in 1991). San Martin’s art consists of archival works, photographs, etchings, lithographs, and more in a broader pursuit for political progress. She hopes that one day Chile and the Chilean people will unite as one against the injustices they’ve faced. One of the vehicles to get there, especially to Maria Veronica San Martin, is through the use of art as a tool for activism. Through art, she seeks to shed light on human rights abuses and broaden people’s understanding of what it is that has historically happened and has continued to happen in Chile.–https://booklyn.org/maria-veronica-san-martin/ 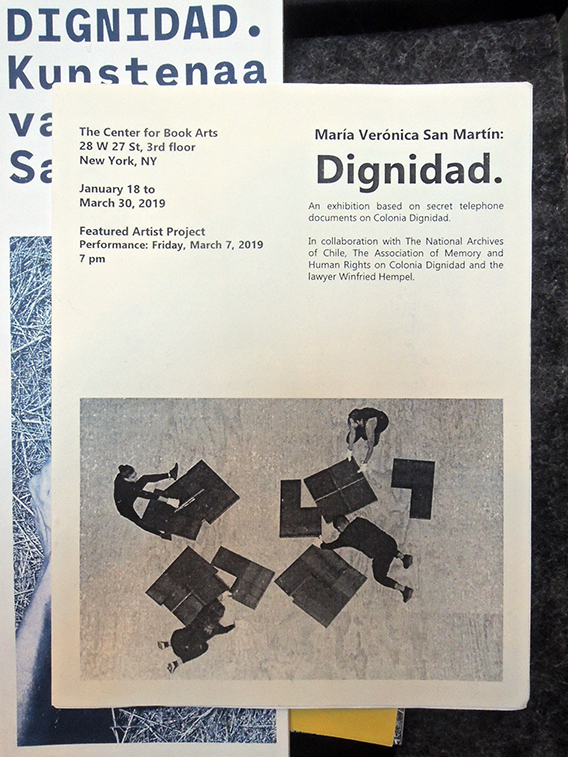 “Dignidad is an artist’s book that documents a two years research-based project on Colonia Dignidad, which highlights the human rights violations committed in an isolated settlement established in the 1960s by Nazis in Chile before and after the dictatorship of Pinochet.” 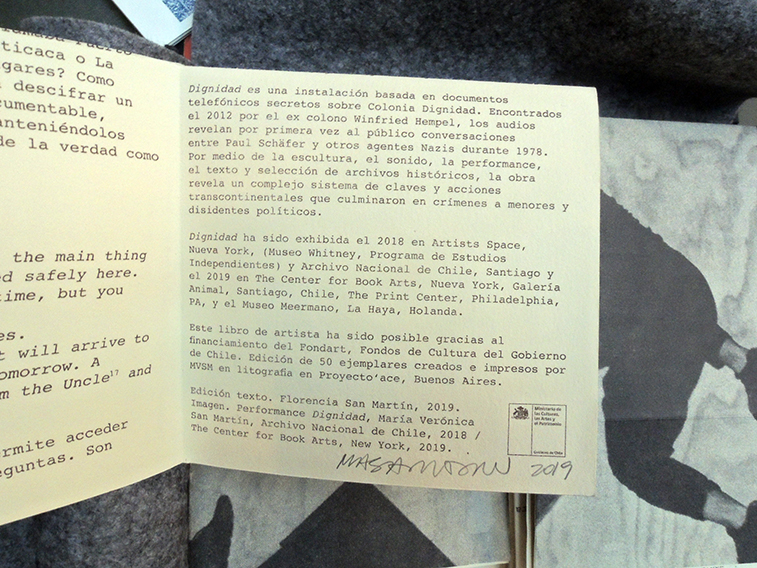 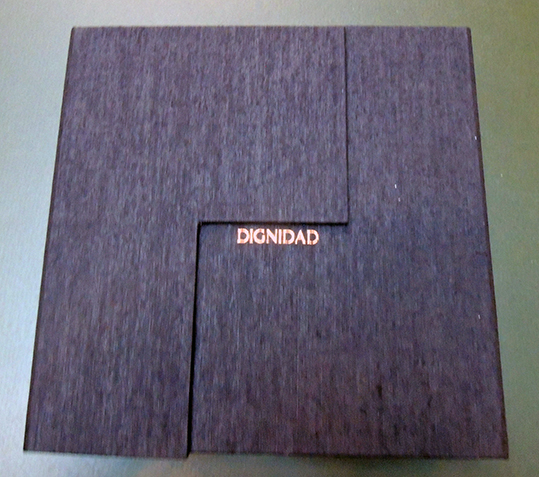