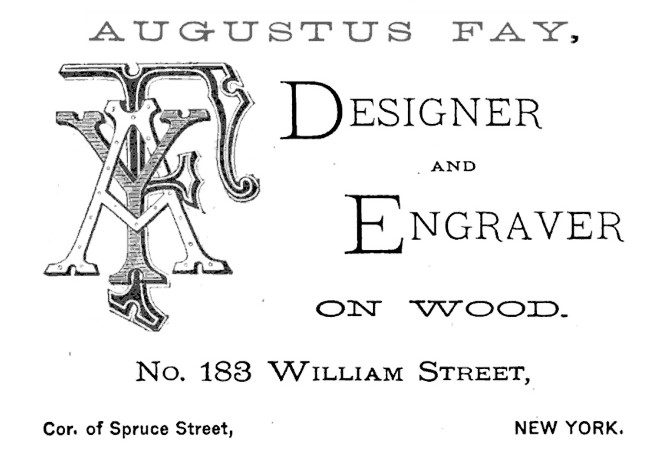 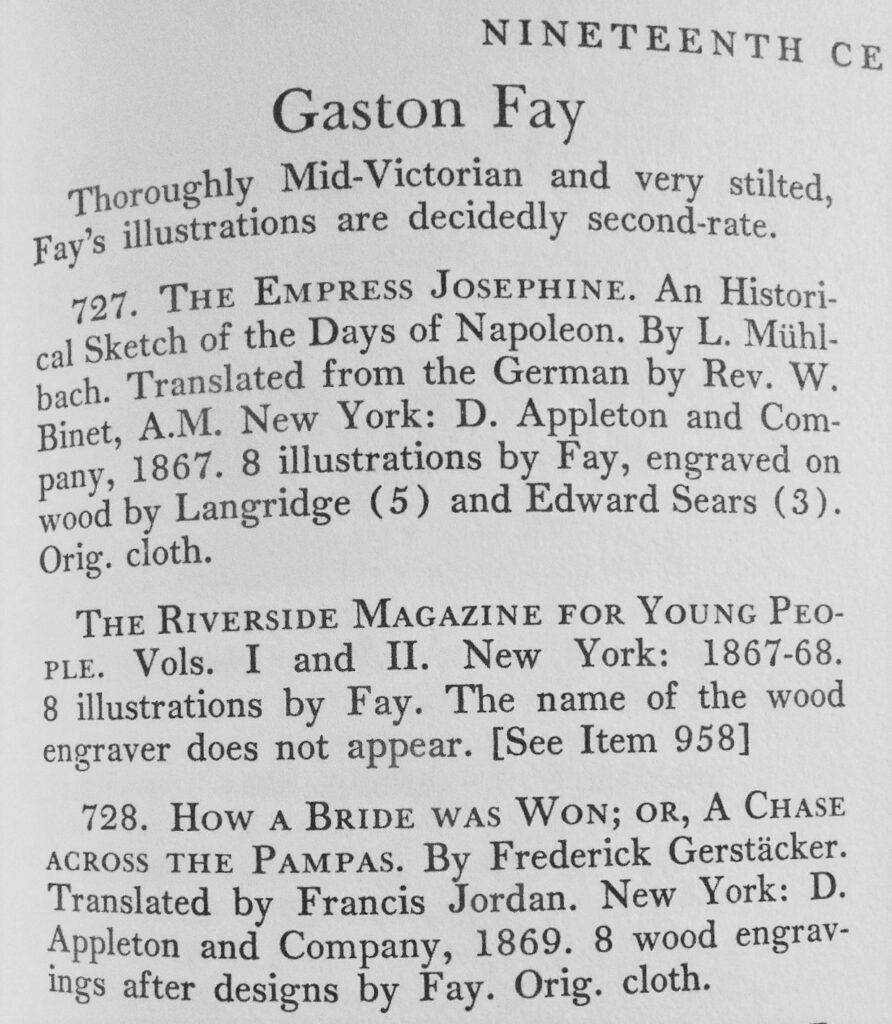 In Early American book illustrators and wood engravers, 1670-1870 and his supplement, Sinclair Hamilton lists a 19th-century wood engraver named Gaston Fay and credits any illustration using the single name “Fay” to Gaston. Yet, New York directories, magazine advertising, and other sources reveal that Augustus Fay had a greater presence in the commercial publishing world of the mid-19th century.

The life dates for Augustus Fay are unknown. He is listed as age 26 in 1850 and 45 in 1870, so he was born in the early 1820s. Throughout his career he is known as both an engraver and a designer, a slighly high position than engraver alone.

In the late 1850s or early 1860s, Augustus Fay joined forces with Stephen J. Cox to form Fay & Cox located at 105 Nassau Street in lower Manhattan. Their logo [below] was found in the autobiography of the popular magician and ventriloquist Signor Blitz, published in 1872.

An online biography of True Williams notes that the artist “returned to New York was hired by a graphics firm owned by Augustus Fay and Stephen J. Cox in New York City. It was in fact the first syndicated illustration business in America. The firm produced illustrations and engravings for the subscription publishing companies located in Hartford, Connecticut.”– https://histclo.com/art/illus/ind/i-will.html

Below is a partial list of books with illustrations provided by the company of Fay & Cox, including several suggesting they were written and published by the company. Another two dozen or so, not listed here, were illustrated by Augustus Fay individually. This puts into question Sinclair Hamilton’s suggestion that any mention of the name Fay should be attributed to Gaston. 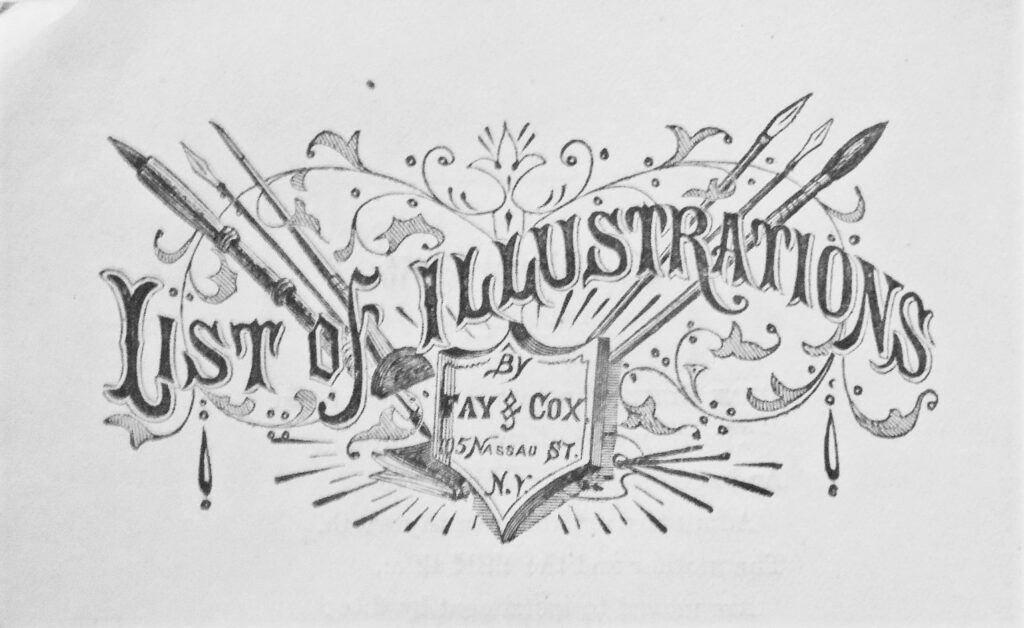 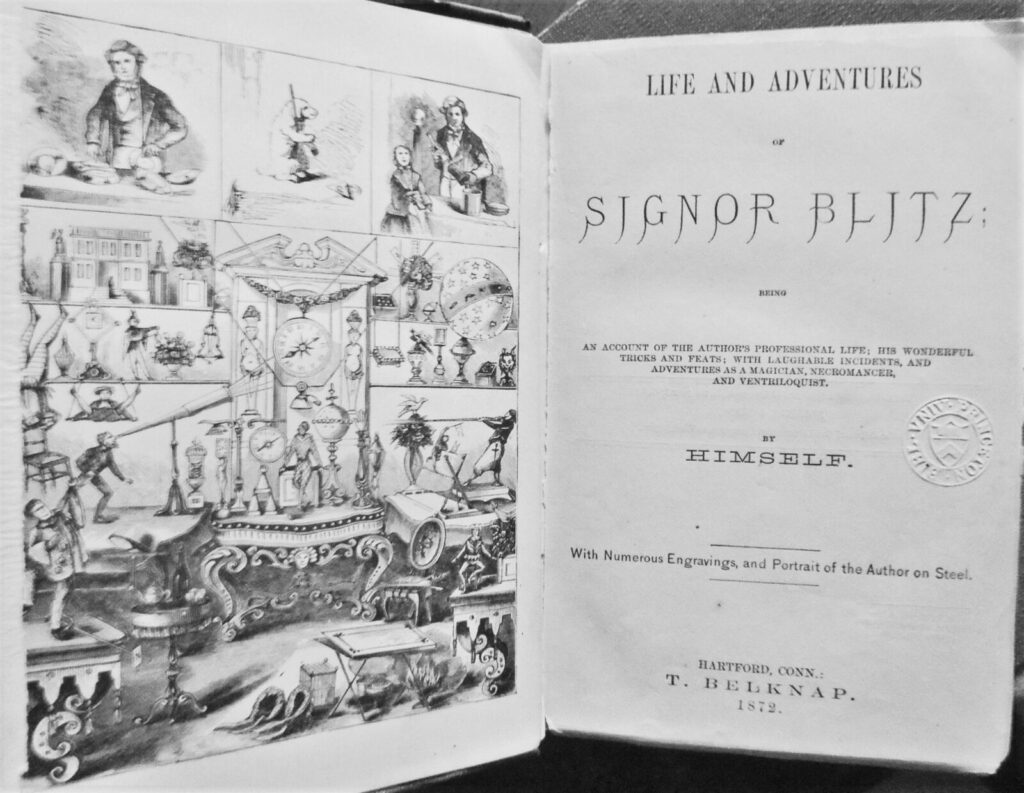 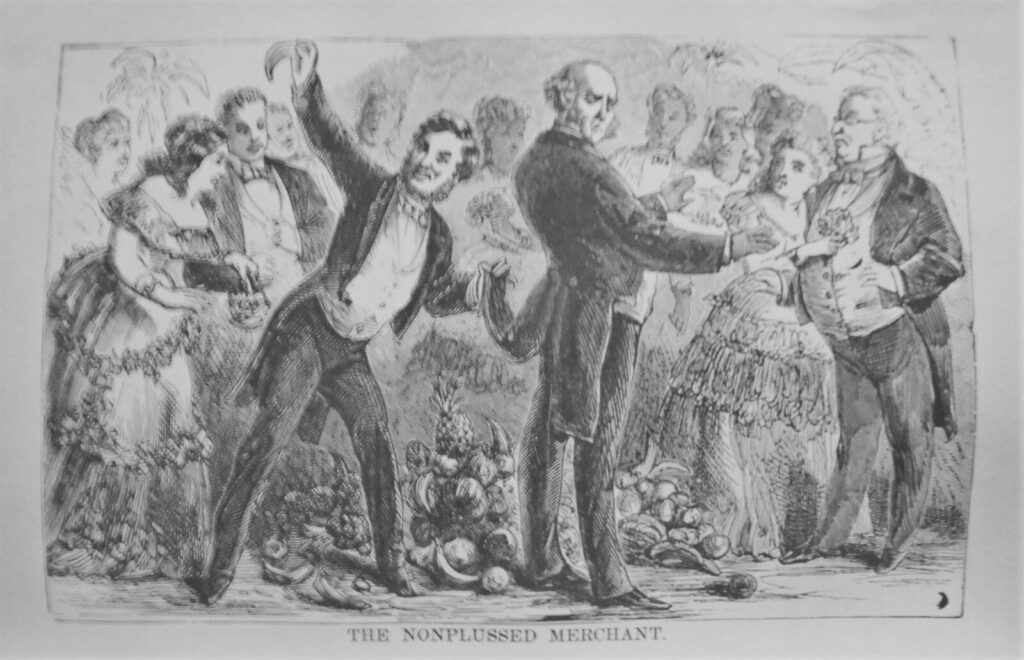 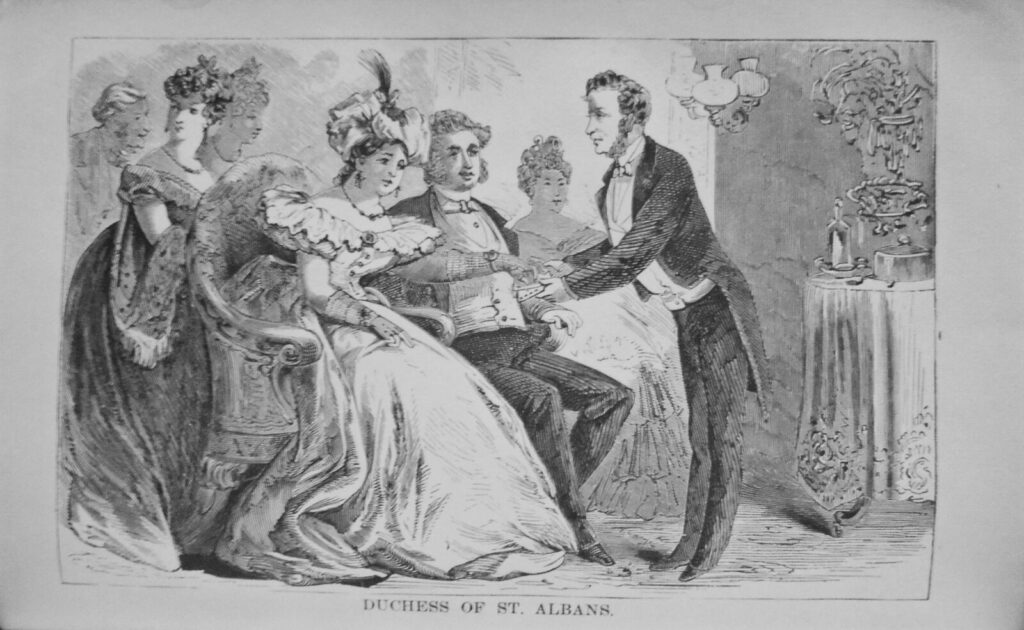 The miner boy and his Monitor, or, The career and achievements of John Ericsson, the engineer by P C Headley; William Henry Appleton; Fay & Cox (New York: William H. Appleton, 1865, ©1864).

Life and adventures of Signor Blitz; being an account of the author’s professional life; his wonderful tricks and feats… by Antonio Blitz (Hartford, Conn., T. Belknap, 1872.