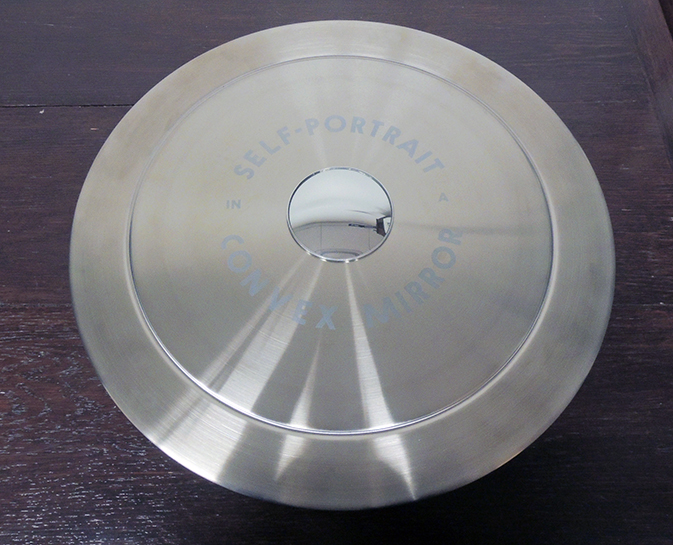 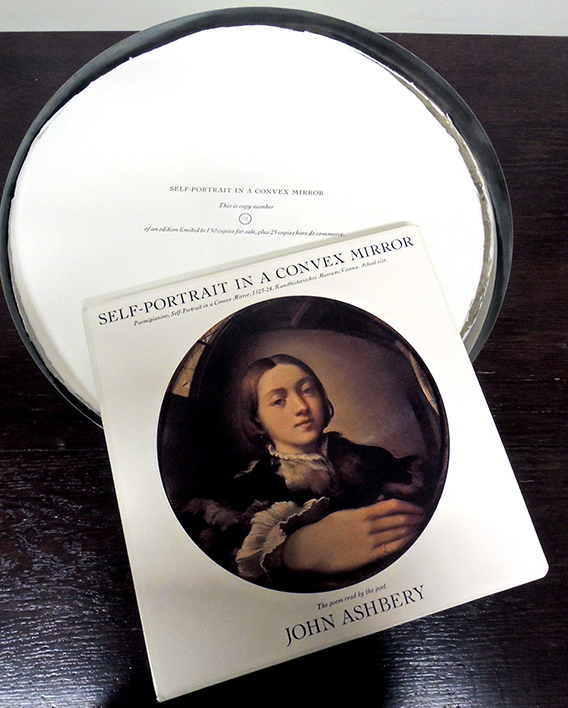 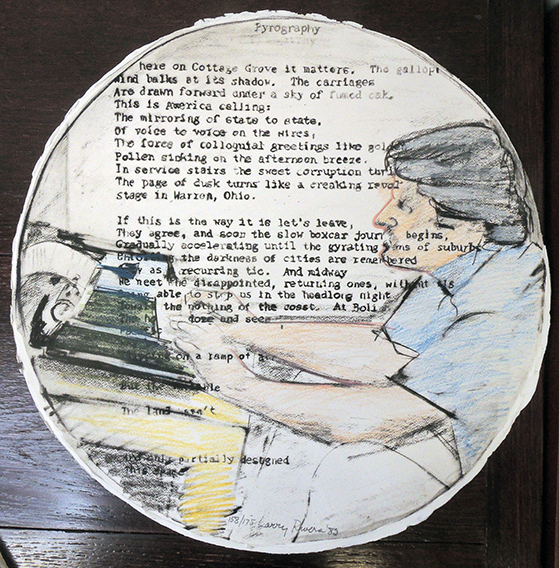 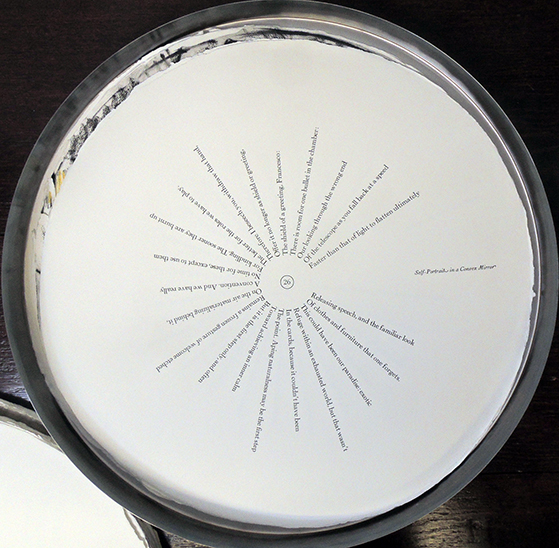 The stainless steel pseudo-film canister binding with a cover convex mirror opens to reveal Ashbery’s lines radiating outward like the spokes of a wheel twirling as they are read. Each artist’s contribution is unique, printed as lithographs, woodcut, soft ground etching with aquatint tone, photogravure, and photolithographs on cream wove handmade Twinrocker Mill paper.

Princeton’s reading room will need to also acquire a 20th century record player to facilitate listening to the 33 1/2 rpm recording of Ashbery reading his poem but happily the foreword and essay by Helen Vendler (born 1933) is printed text, designed as liner notes. The record jacket reproduces the original reference for Ashbery’s poem, Francesco Parmigianino’s 1523-24 painting of the same name [below]. 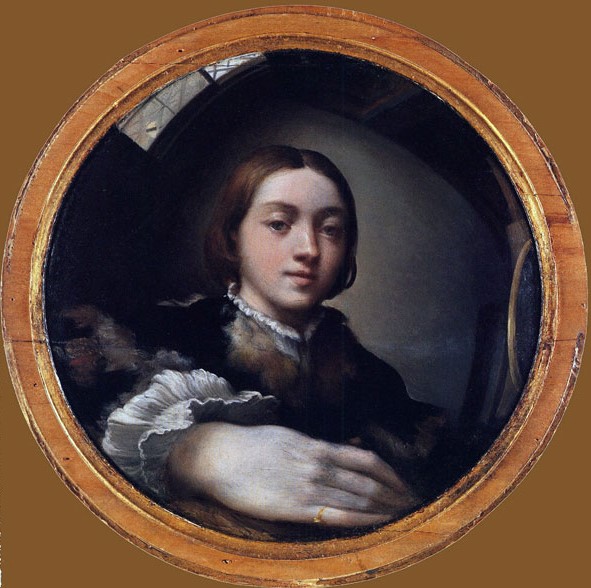 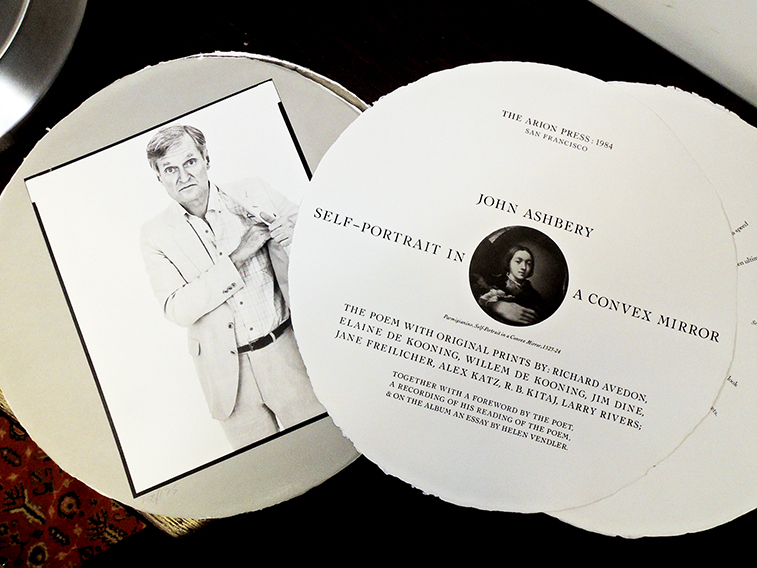 Dozens of scholarly essays have been written about this poem and the corresponding publication, including one recently presented at the Gagosian Chelsea gallery: https://gagosian.com/quarterly/2019/01/22/books-john-ashbery-self-portrait-convex-mirror/. Best to simply let Ashbery say a few words:

As Parmigianino did it, the right hand
Bigger than the head, thrust at the viewer
And swerving easily away, as though to protect
What it advertises. A few leaded panes, old beams,
Fur, pleated muslin, a coral ring run together
In a movement supporting the face, which swims
Toward and away like the hand
Except that it is in repose. It is what is
Sequestered. Vasari says, “Francesco one day set himself
To take his own portrait, looking at himself from that purpose
In a convex mirror, such as is used by barbers . . .

…For one to intervene? This otherness, this
“Not-being-us” is all there is to look at
In the mirror, though no one can say
How it came to be this way. A ship
Flying unknown colors has entered the harbor.
You are allowing extraneous matters
To break up your day, cloud the focus
Of the crystal ball. Its scene drifts away
Like vapor scattered on the wind. The fertile
Thought-associations that until now came
So easily, appear no more, or rarely. Their
Colorings are less intense, washed out
By autumn rains and winds, spoiled, muddied,
Given back to you because they are worthless. 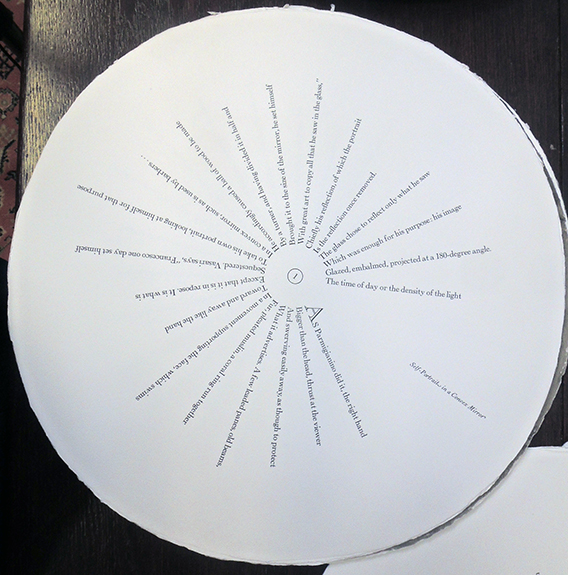 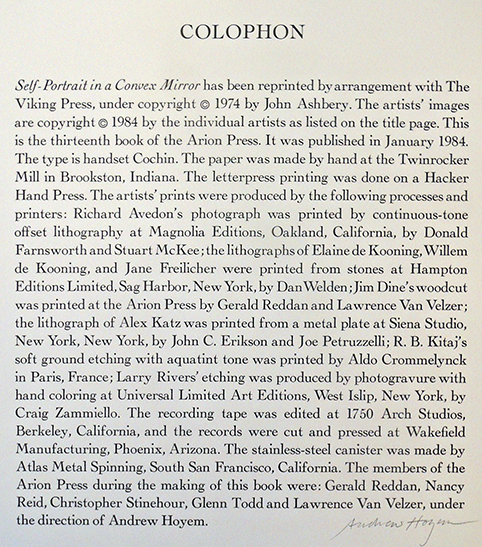 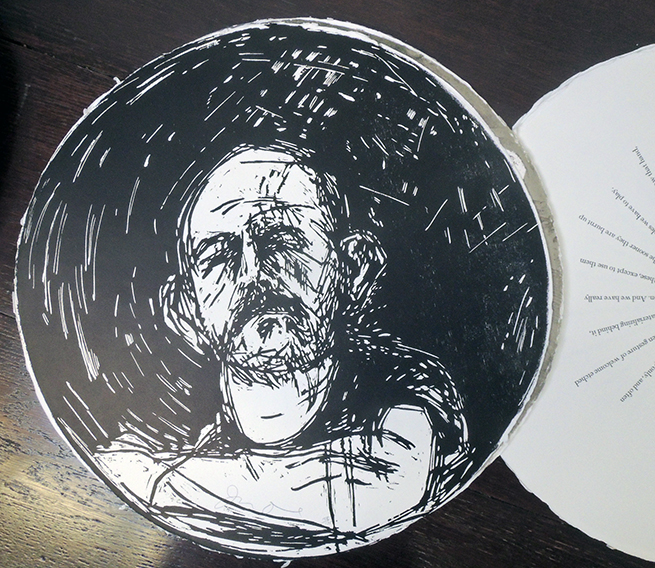 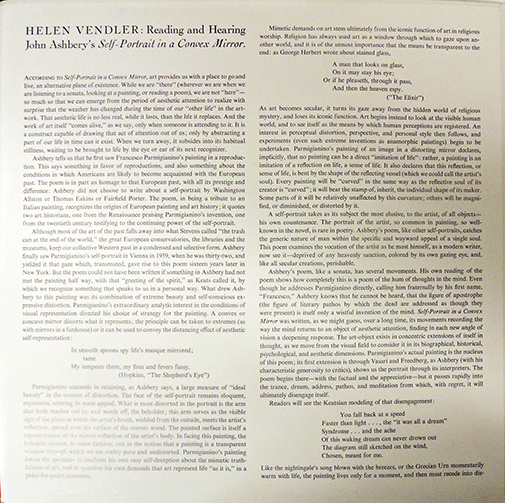