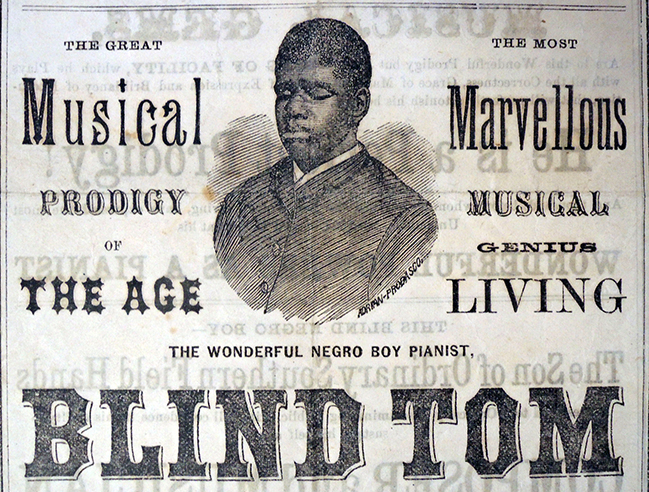 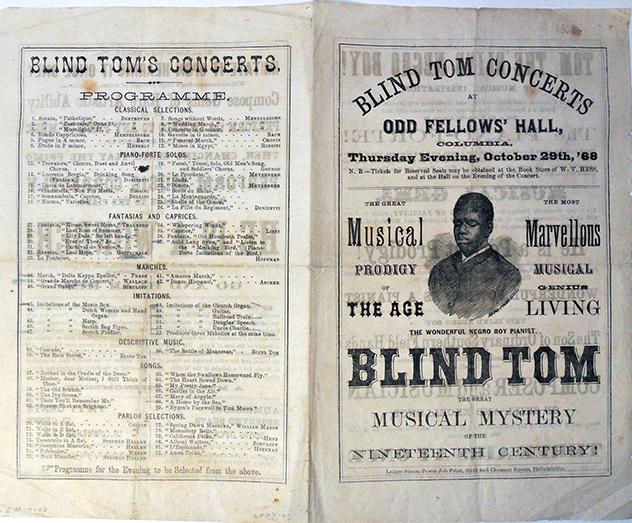 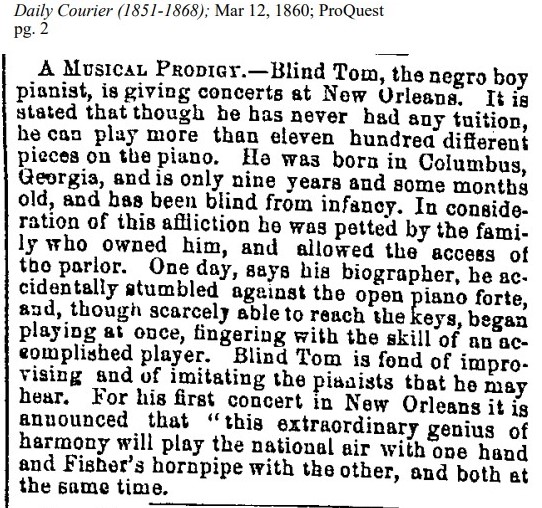 The International Dictionary of Black Composers lists the 19th-century pianist who performed under the stage name “Blind Tom” as Thomas Greene Wiggins Bethune (1849-1908). Bethune was the name of the man who purchased Wiggins and his family when he was only a child and who served as his manager throughout his career (winning several court battles to retain custody). Wiggins was born blind and enslave but found to be a musical prodigy when Bethune bought a piano for his daughter. It was Wiggins who excelled on the instrument and made his concert debut at the age of 8. 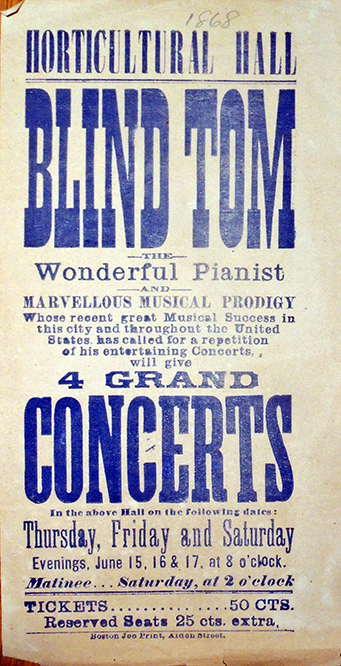 Wiggins is believed to be the first African American performer to play at the White House, giving a concert for President James Buchanan in 1859, the same year newspaper advertisements bill him as “Blind Tom.” It would be untrue to say he was completely self-taught since as an adult he studied composition with W. P. Howard and with Joseph Pozananski.

Judging from his publicity at the time, Wiggins performed constantly until 1898, sometimes two or three times a day. An internationally celebrated figure, there is a great deal of information available on Wiggins, including a chapter in Oliver Sachs’ An Anthropologist on Mars, appearances in novels by Willa Cather and John Steinbeck, as well as the novel The Song of the Shank by Jeffrey Reynard Allen.

The Graphic Arts Collection acquired a previously unrecorded 1868 handbill/program for a series of Philadelphia concerts by Wiggins. It joins a broadside [left] already in our collections promoting the pianist. 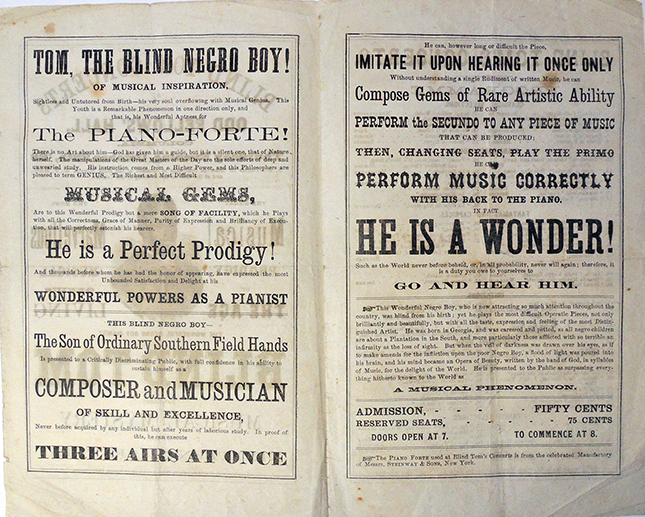