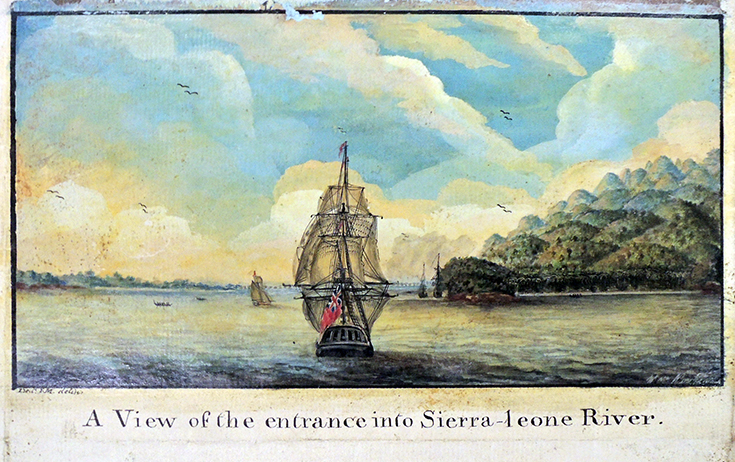 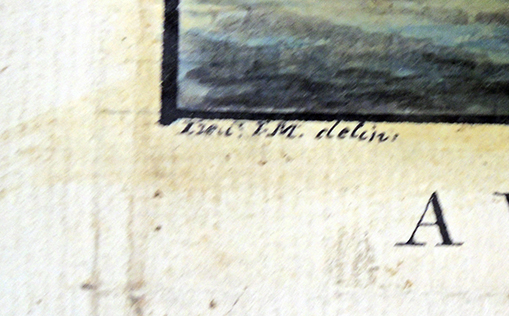 The papers of Captain John Matthews (died 1798), lieutenant in the Royal Navy were pulled yesterday to view his watercolors of the African coast, mostly 1785-1797. The Matthews collection, C1575, documents his involvement in the transatlantic commerce of enslaved Africans in Sierra Leone. Four detailed journals document Matthews’s employment as an agent for the African Company of Merchants between 1785 and 1787; as captain of the HMS Vulcan and the HMS Courageux in the Mediterranean Sea during the 1793 campaigns of the French Revolutionary Wars; and as captain of the HMS Maidstone, a British patrol ship monitoring trade in Sierra Leone and the Caribbean in 1797 and 1798.

The watercolors by Matthews were engraved by William Porter for his later published book. One is by Lieut J. Larcom and four signed M.C. Watts.

“…By this conversation nothing more is meant by the African than that his brother, or his friend, was gone into the country to purchase slaves from the nations who are at war; or, perhaps, his own tribe might be at war with some of the neighboring states; and as they in general sell their prisoners, (though even now it is not always the case, revenge sometimes proving too powerful for avarice) they may with the ship to remain in expectation of having more prisoners to dispose of, But I must again repeat that the primary cause of these wars is not merely to procure slaves, but arises from the captious, quarrelsome, and vindictive, disposition of the people. But it is not the prisoners made in the wars which the inhabitants of the sea-coast have with each other, nor those whom the laws of their country, in consequence of their crimes, punish with slavery, that constitute a tenth part of the Naves who are purchased by the Europeans; for, in fact, the inhabitants of the sea-coast are only the merchants and brokers, and carry the goods which they receive from the Europeans into the interior country, and there purchase the slaves from other merchants. The nations who inhabit the interior parts of Africa, east of Sierra-Leone, profits the Mahometan religion; and, following the means prescribed by their prophet, are perpetually at war with the surrounding nations who refuse to embrace their religion …”

–selection from: John Matthews, A voyage to the River Sierra-Leone, on the coast of Africa; containing an account of the trade and productions of the country, and of the civil and religious customs and manners of the people; in a series of letters to a friend in England by John Matthews … during his residence in that country in the years 1785, 1786, and 1787. With an additional letter on the subject of the African slave trade. Also, a chart of part of the coast of Africa, from Cape St. Ann, to the River Rionoonas; with a view of the island Bananas (London, Printed for B. White and Son, and J. Sewell, 1788). https://catalog.hathitrust.org/Record/009710868 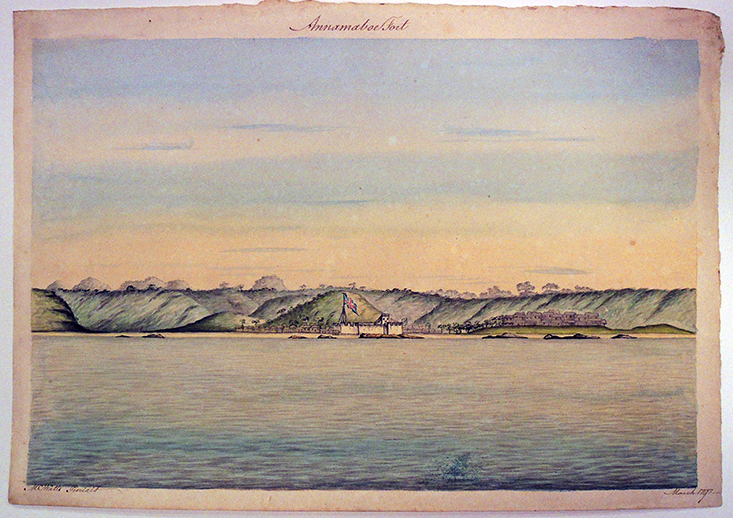 See more of the journals and Matthews sketches digitized: https://dpul.princeton.edu/wa/catalog/cc08hk56t 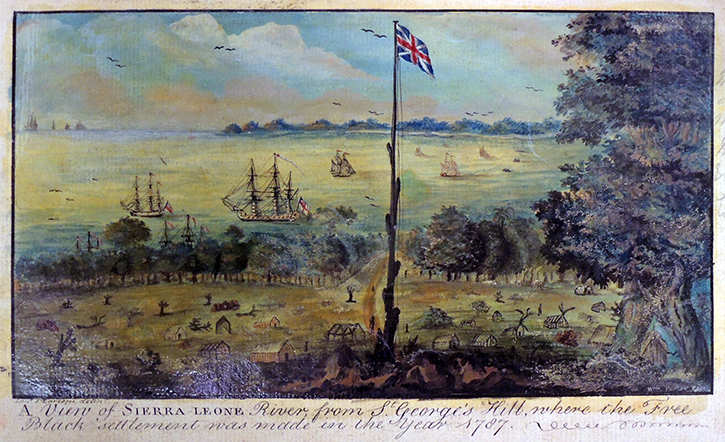 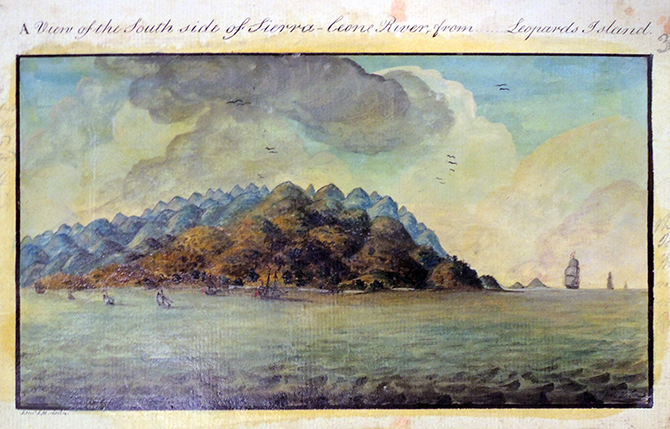 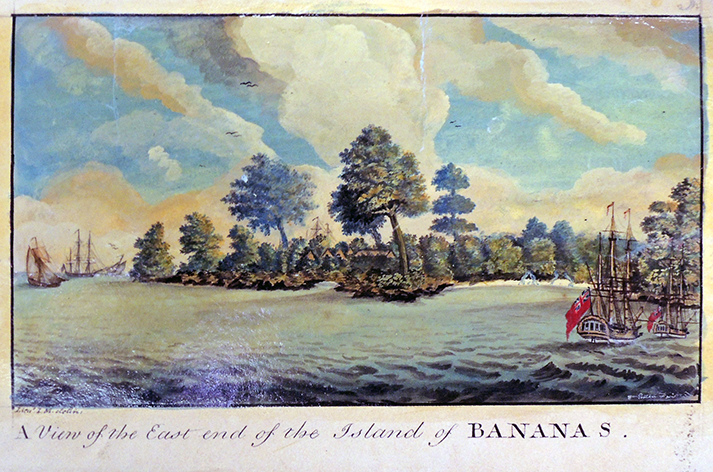 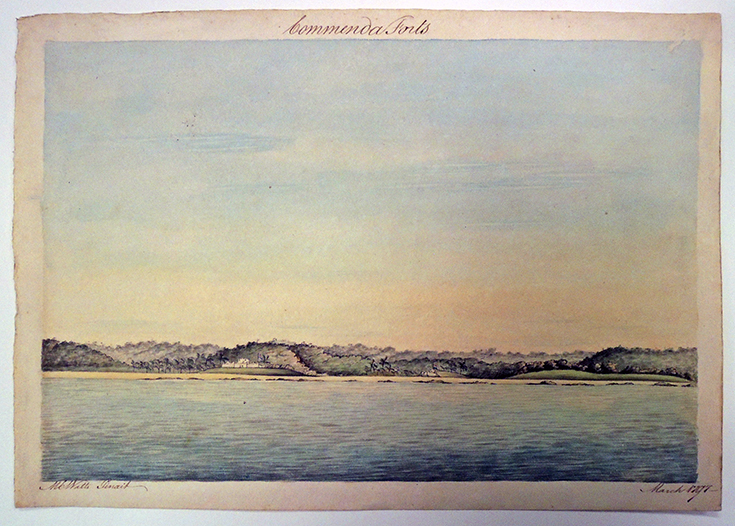