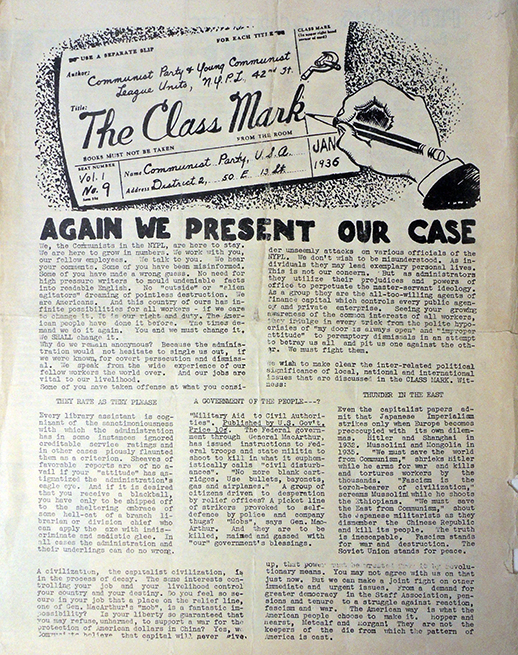 The Graphic Arts Collection holds only one issue of The Class Mark, published by the Communist Party and Young Communist League Units of the New York Public Library, 42nd Street. Volume 1, no. 9 begins: “We, the Communists in the NYPL, are here to stay. We are here to grow in numbers. We work with you, our fellow employees. We talk to you. We hear your comments. Some of you have been misinformed. Some of you have made a wrong guess. No need for high pressure writers to mould undeniable facts into readable English. No “outside” or “alien agitators” dreaming of pointless destruction. We are Americans…” 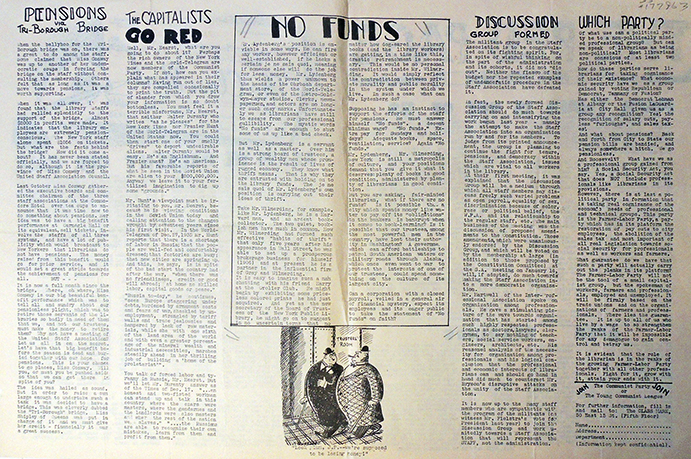 The periodical is described in “Reading between the lions: A history of the New York Public Library” posted on Wed, May 23, 2018 by Lucie Levine:

When the Library opened May 23, 1911, crowds of 50,000 marked the occasion. So impressive was New York’s “splendid temple of the mind,” President Taft called its opening a day of Nation importance, declaring that the Library would be a model for other cities hoping to spread knowledge among the people.

Vladimir Lenin agreed. He touted NYPL as a model because the system made its “gigantic, boundless libraries available, not to a guild of scholars, professors and other such specialists, but to the masses.” (Lenin himself enriched the Library – NYPL acquired a large measure of the private collections of the Czars when the Soviet Union sold its treasures after the Revolution.)

…By the 1930s, the Library, built for the people, was practically the Popular Front: radical librarians published their own in-house quarterly called Class Mark, declaring, “We are the librarians, pages, and service workers in the New York Public Library system who are members of the Communist Party and of the young Communist League.” 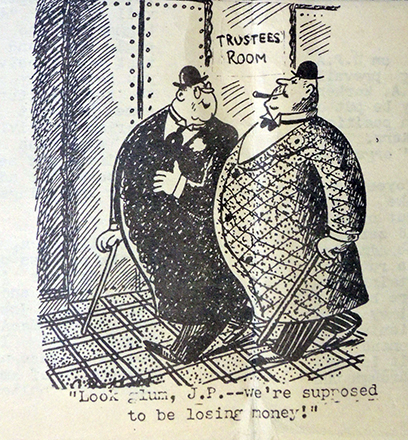 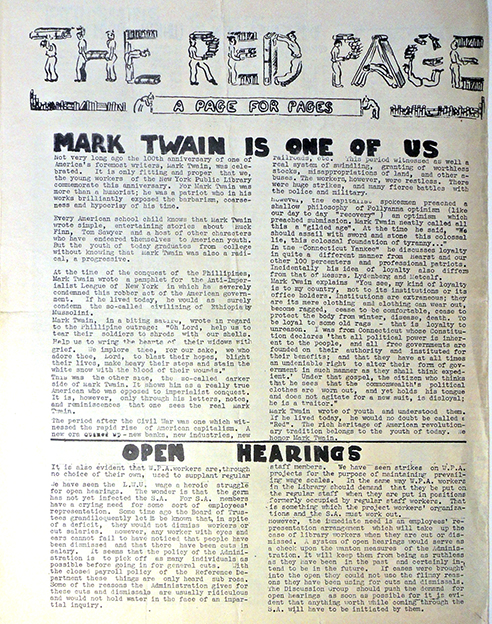 The Class Mark was one of dozens of serials included in the Investigation of Un-American Propaganda Activities in the United States: Appendix from United States. Congress. House. Special Committee on Un-American Activities. U.S. Government Printing Office, 1941:

…Thousands of citations from the Daily Worker could be given to show its complete subservience to Moscow and its disloyalty to the United States. A single citation must suffice for the present report: In an article by Earl Browder, which appeared in the Daily Worker of January 14, 1933, the defeat of the United States is advocated in the event of this country’s involvement in war. 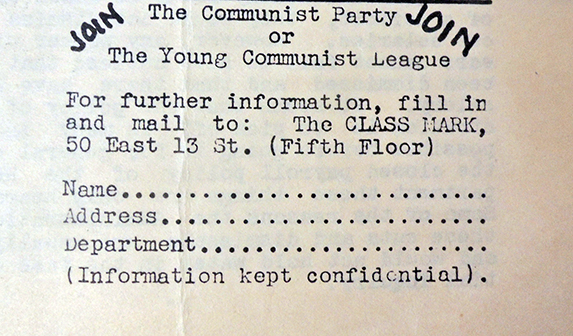