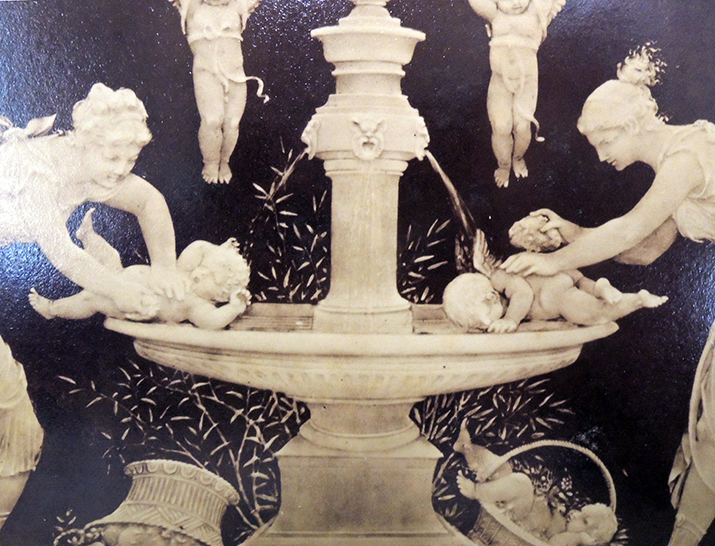 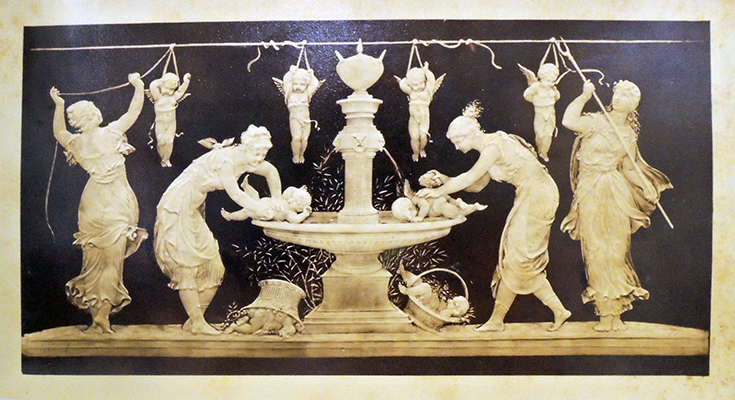 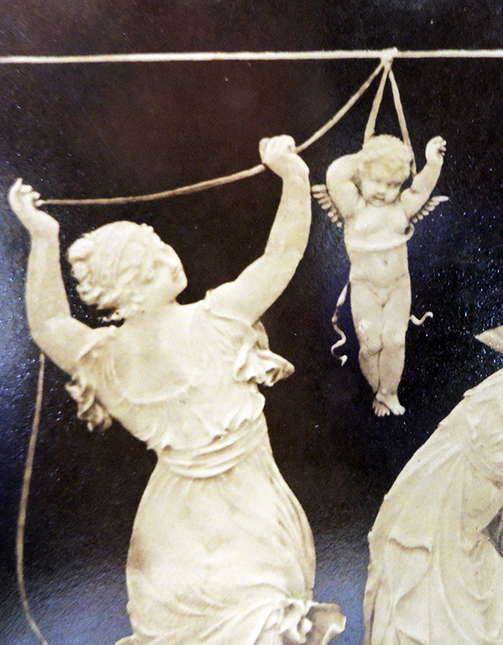 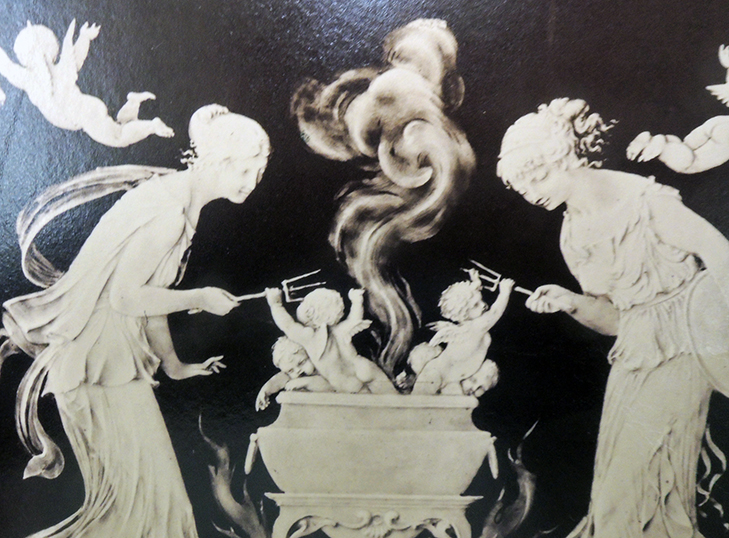 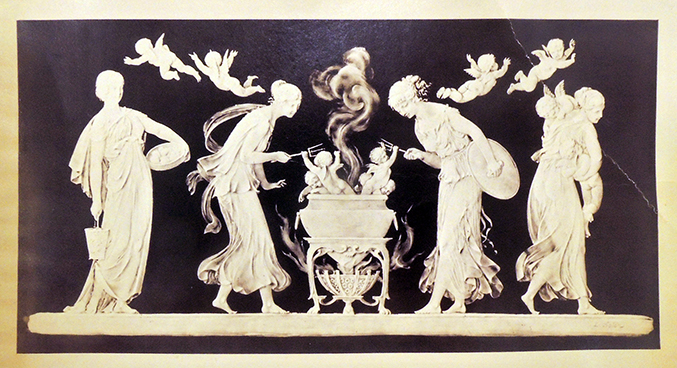 Every month, Edward L. Wilson (1838-1903) editor of The Philadelphia Photographer, had to print enough paper photographs to cut and paste one into each copy of his magazine. Wilson called them embellishments and believed there was no substitute for the real thing, when introducing his readers to various photographic processes. Beginning with albumen silver prints, over the years readers received examples of Woodburytypes, carbon prints, photogravure, photo-engraving, and more. A commentary was published for each print, providing the chemistry and equipment used, along with other details so the photograph could be replicated.

From 1864 to 1901 (when photographs were replaced by halftones), Wilson published 540 prints by 280 photographers from 142 cities in 16 countries. Within the United States alone, negatives were sent by photographers in thirty-three different states, remarkable given there were only thirty-six states total in 1864 and forty-four by 1890. 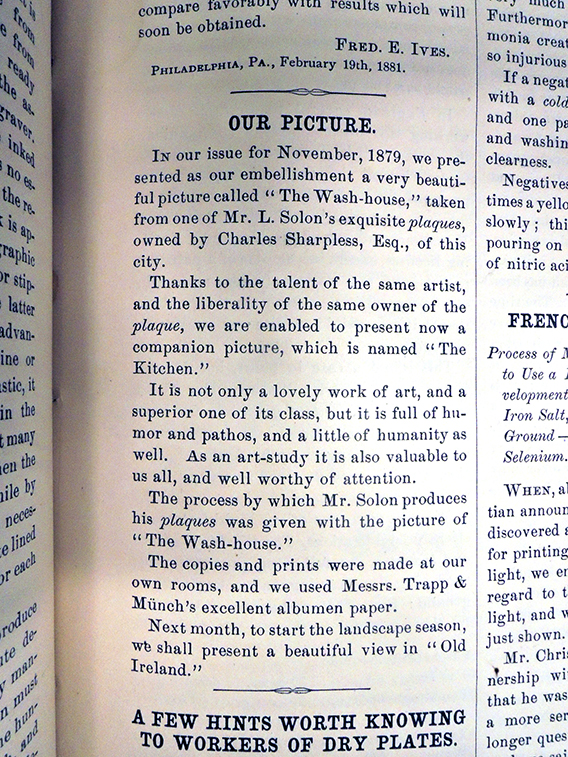 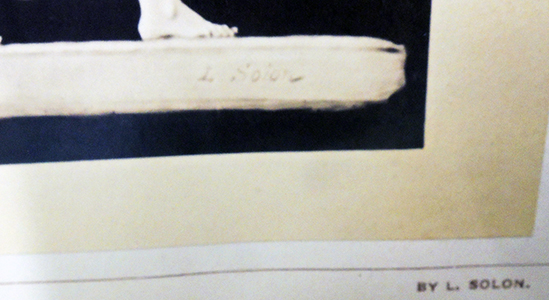 Once in a while, a photographer failed to provide the negatives that were promised, or poor weather interfered with the production of sun printed positives, leaving Wilson without the necessary prints for the upcoming issue. This was the case in November 1879 and again in March 1881. In each case Wilson made his own photographic negative that was editioned by H.C. Bridle, in Wilson’s Philadelphia studio.

The image for each print was a plaque designed by Marc-Louis Emanuel Solon (1835-1913), and produced by Mintons Ltd., Stoke-on-Trent, England. Solon specialized in porcelain decoration called pâte-sur-pâte or paste on paste, produced first at Sèvres in France and then in England at the Mintons factory. The first was called “The Wash-House” and the second “Kitchen,” both purchased by Charles L. Sharpless after the display at the 1876 Philadelphia World’s Fair. 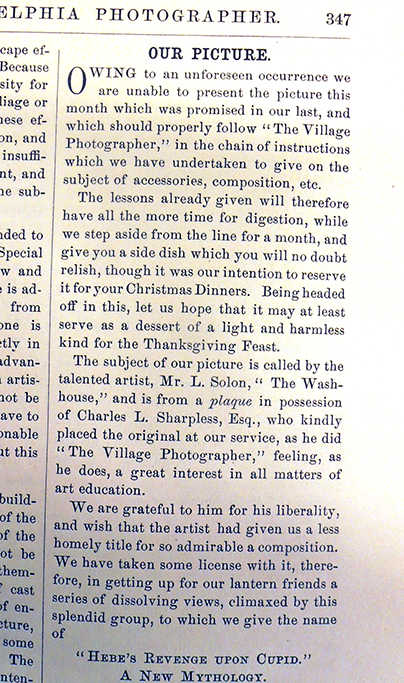 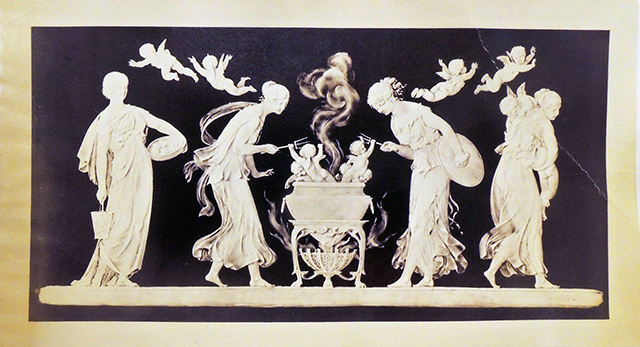