Thanks go to Eric White, who identified a pen and ink drawing in the Graphic Arts Collection as the work of cartoonist Roscoe “Roc” R. Semmel (1888-1913). Semmel was the oldest of three children born to Robert J. and Hattie Semmel in Washington, PA. His father is listed as a “coach painter.” For more about that, see: F.B. Gardner, The Carriage Painters’ Illustrated Manual: containing a treatise on the art, science, and mystery of coach, carriage, and car painting including the latest improvements in fine painting, gilding, bronzing, staining, varnishing, polishing, copying, lettering, scrolling, and ornamentation (New York: Fowler & Wells, 1882).

Roc Semmel went to Slatington High School and then, the School of Industrial Art in Philadelphia before taking a job of a school teacher in Slatington, PA. “… his love of art was strong, and after moving to this city, a couple of years ago, he did some cartoon work for the Chronicle & News. His work attracted attention and he was offered a berth with the Harrisburg Telegraph and while there the Rochester Herald made a bid for his services and he is now doing great work on this paper.” —The Allentown Morning Call October 5, 1911

In 1911, Semmel married Florence C. Lentz (1893-1954) but sadly, he was diagnosed with tuberculosis and they moved almost immediately to Tucson, Arizona, for his treatment. Roc Semmel died there in August of 1913 at the young age of 25. Below is another example of his work: 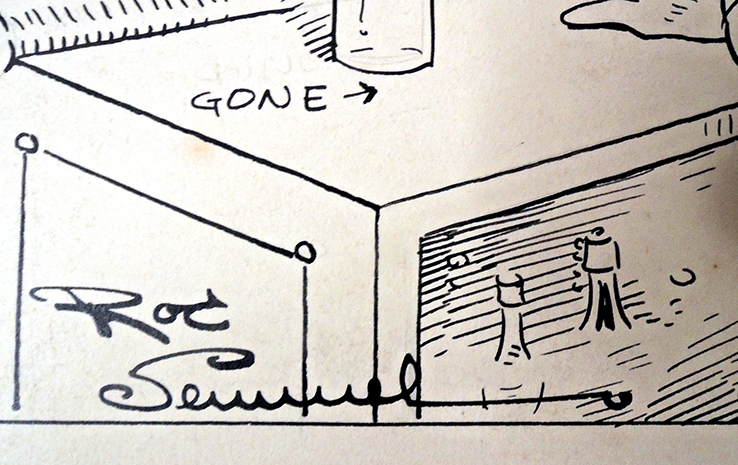