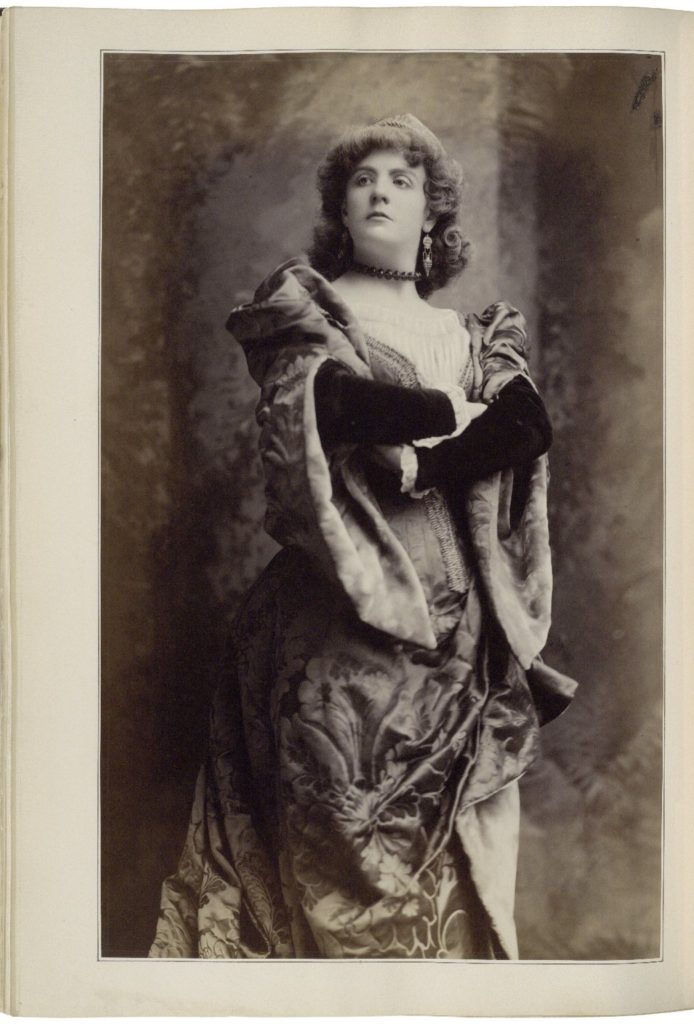 The Irish American actress Ada Rehan (born Bidelia Crehan, 1857-1916) first appeared on stage as a last minute stand-in for another actress and went on to become one of this country’s best loved Shakespearean actresses with Augustin Daly’s 5th Avenue Theater Company. She was photographed dozens of times in the posh New York gallery of Napoleon Sarony, including this pose from her role as Katherine in the 1887/88 Taming of the Shrew, which ran in New York for 121 performances. 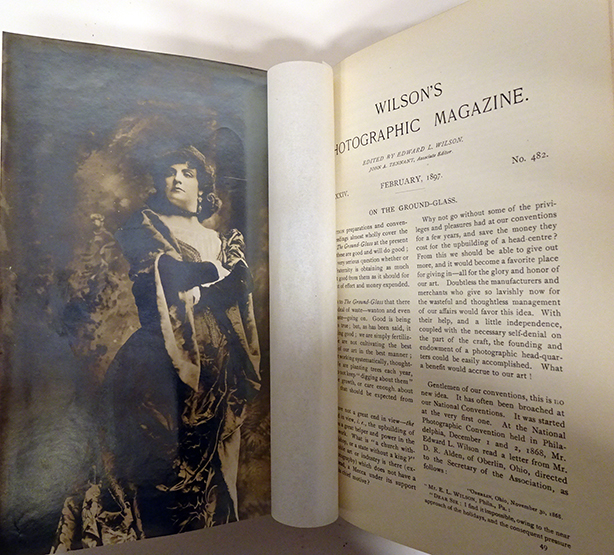 During the last decades of the 19th century, Canadian-born Napoleon Sarony (1821-1896) was the premier portrait photographer of the United States. From his two studios at 680 Broadway (later 256 Fifth Avenue) and 37 Union Square, a staff of over 30 technicians and artists were well-situated for their primary focus: the actors and actresses of New York City.

Sarony’s photographic prints were featured as the frontispiece for 6 issues of The Philadelphia Photographer (later called Wilson’s Photographic Magazine), including March 1867, February 1884, October 1887, May 1892, January 1893, and February 1897. For most, the meticulous Sarony provided the full edition of several thousand prints from his own studio rather than have Wilson’s team reproduce his negatives. One except to this was the final print in 1897, for the issue commemorating Sarony’s death the previous year. All the magazine’s frontispiece in 1897 were printed on glossy Velox paper, many with a full-bleed, and the shiny surface is very difficult to rephotograph or even to view in person. Earlier photogravure and albumen prints made from the 1888 negative are better.

“The negative from which our prints were made was kindly loaned by the Sarony Publishing Co., of this city, now the owners of Sarony’s collection of negatives of celebrities. We may mention, as of public interest, that an exhibition of the choicest pictures of this immense collection will shortly be held on one of our principal thoroughfares. It will be an artistic treat worthy of a visit to New York. …The Velox prints for our frontispiece were made by Mr. Frank Davies under our supervision. Apart from the excellence of the negative their quality is largely due to the special Velox paper manufactured for our edition by the Nepera Chemical Co., of Nepera Park, N.Y.”

Velox Paper was first manufactured by Dr. Leo H. Baekeland in 1894 by the Nepera Chemical Company in Nepera Park, Yonkers, NY. Five years later, George Eastman of the Kodak company bought the Velox process from Dr. Baekeland for one million dollars and started to manufacture its own brand, also called Solio paper. 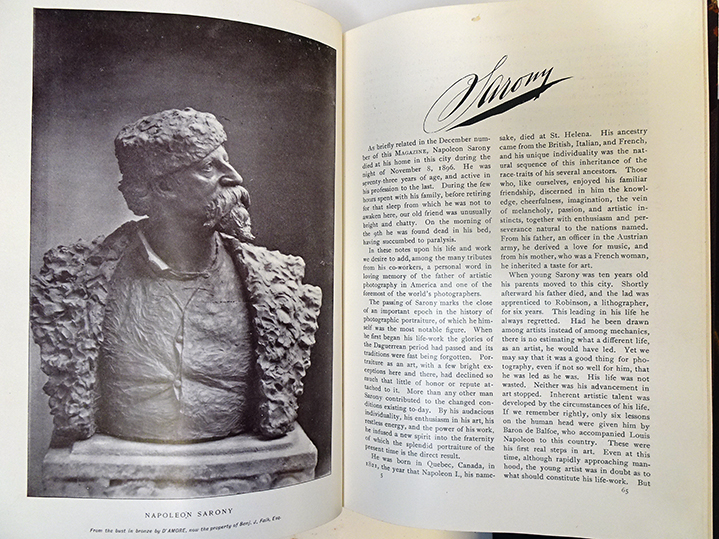 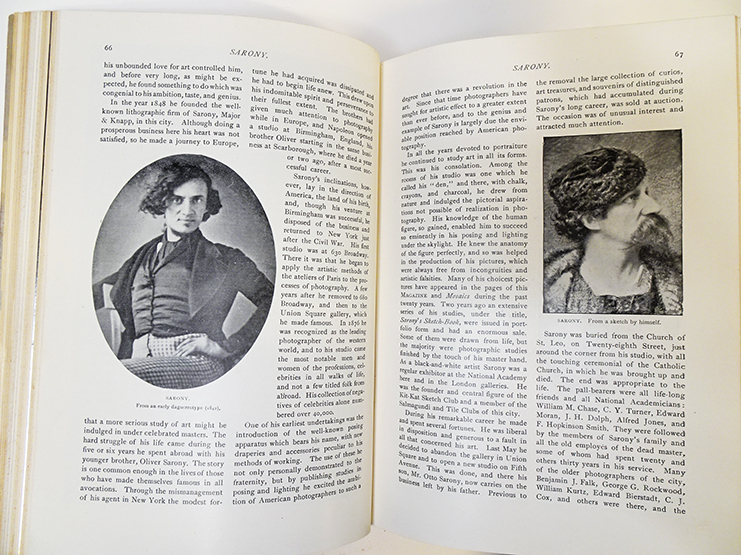 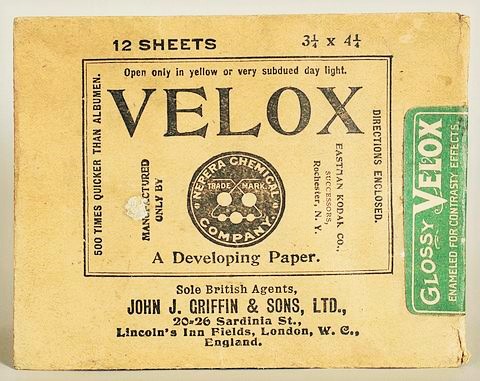