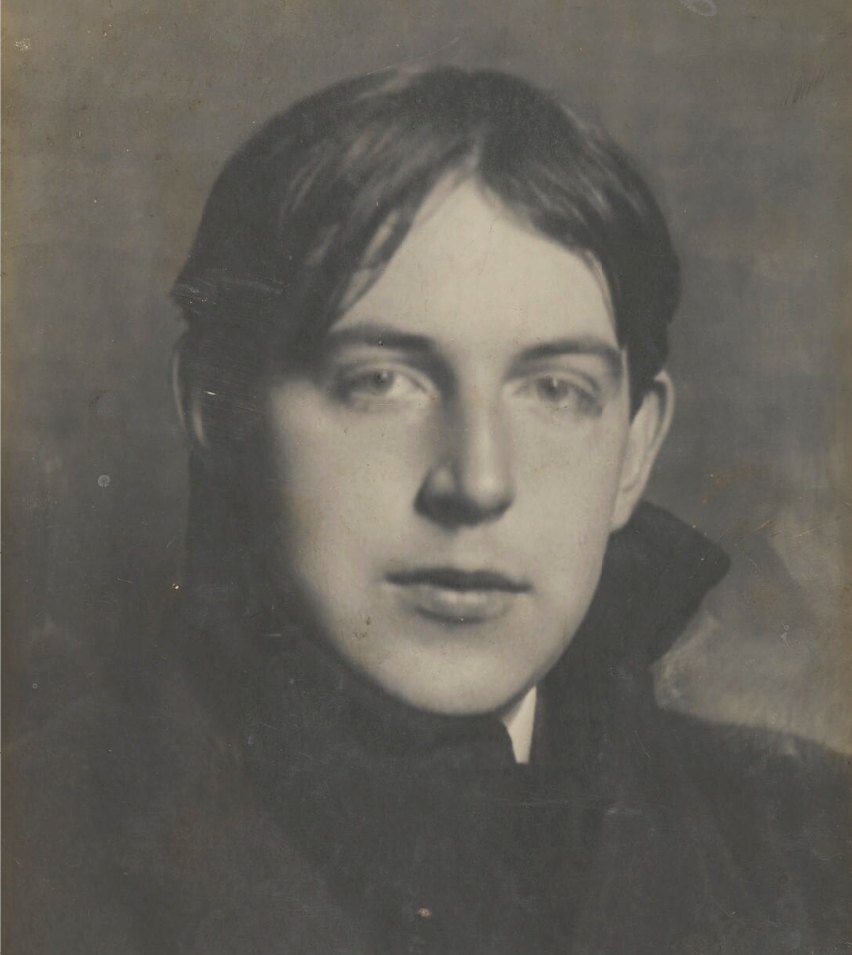 From 1911, when Claud Lovat Fraser left a law clerkship to devote himself to art, until 1921 when he died at the young age of 31, this prolific artist was responsible for dozens of poetry broadsheets, magazine and book designs, theatrical set and costume designs, and much more.

Princeton University Library holds 72 titles in various collections beginning with the broadsides published by Fraser, Holbrook Jackson, and the poet Ralph Hodgson under the imprint of the “Sign of the Flying Fame.” After World War I, Fraser’s designs were distributed by Harold Munro’s celebrated Poetry Bookshop at 35 Devonshire Street.

Graphic Arts holds Rhyme Sheets from both Fraser’s first and second series, along with many bound volumes from Munro’s shop.

It is difficult to get a sense of Fraser as a man until you see the two portraits held in London’s National Portrait Gallery. The first, above, is a charming Pictorialist headshot that leads one to assume he was a handsome, even dashing young man. The second, below, tells a different story of a large man in ill health, who aspired to an elegance in his work that he could not attain in real life. 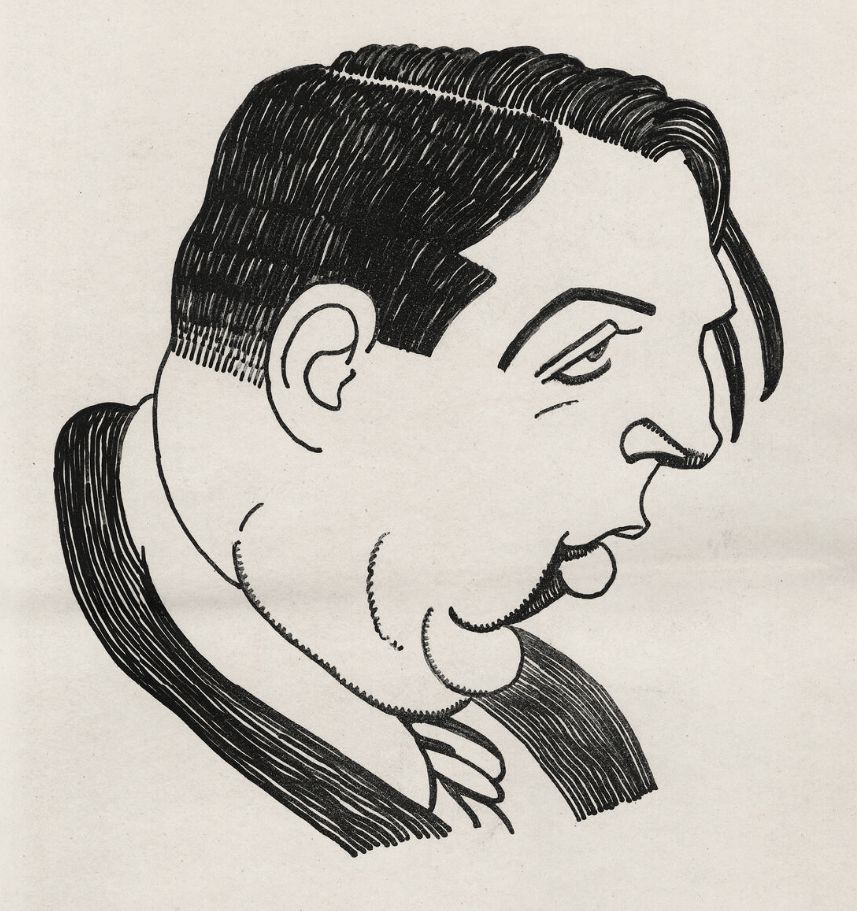 Haldane Macfall wrote in The Book of Lovat (1923), that Fraser was “Romantically modern,” calling him “the last of the dandies.”  He goes on to say “His keen sense of Humour early warned him that his bulk, his stature, his heavy form, would have fitted ill with the slender elegancies of the powdered wig, brocaded coat, and knee-breeches; and with laughing philosophy he compromised before his frank mirror between art and God’s design of him by leaning towards the years of the Regency…”

Here are a few more of Fraser’s wonderful pochoir designs. 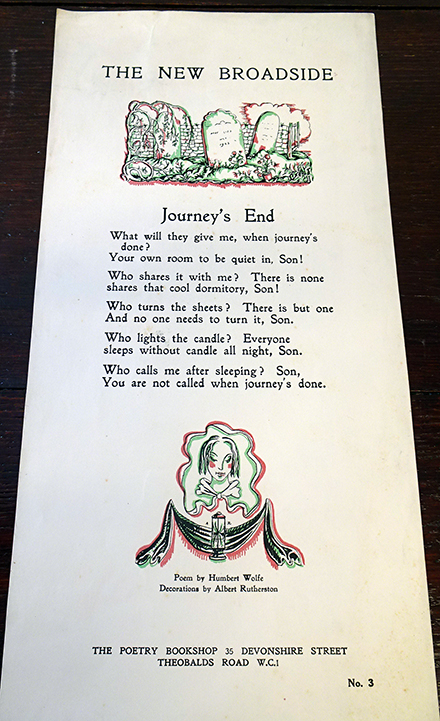 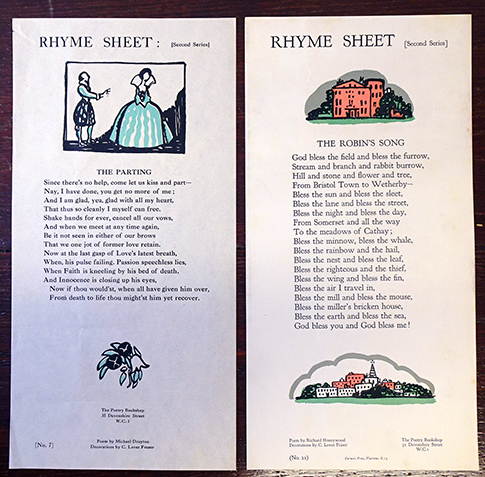 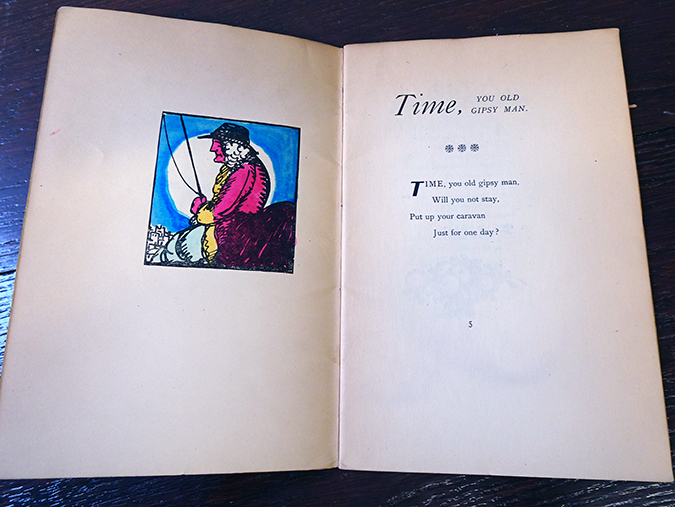 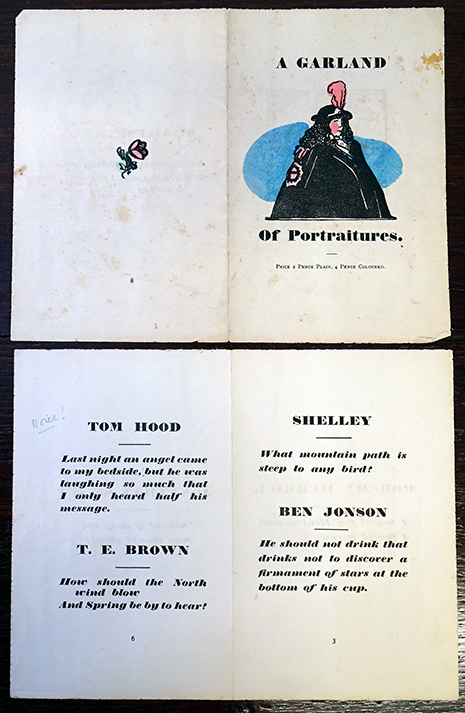 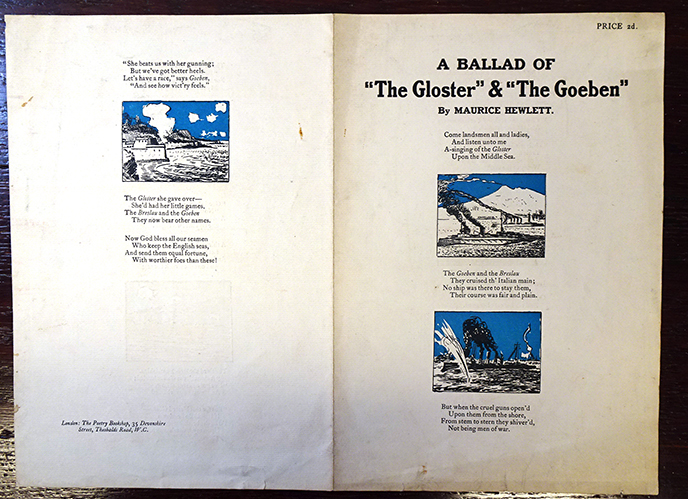