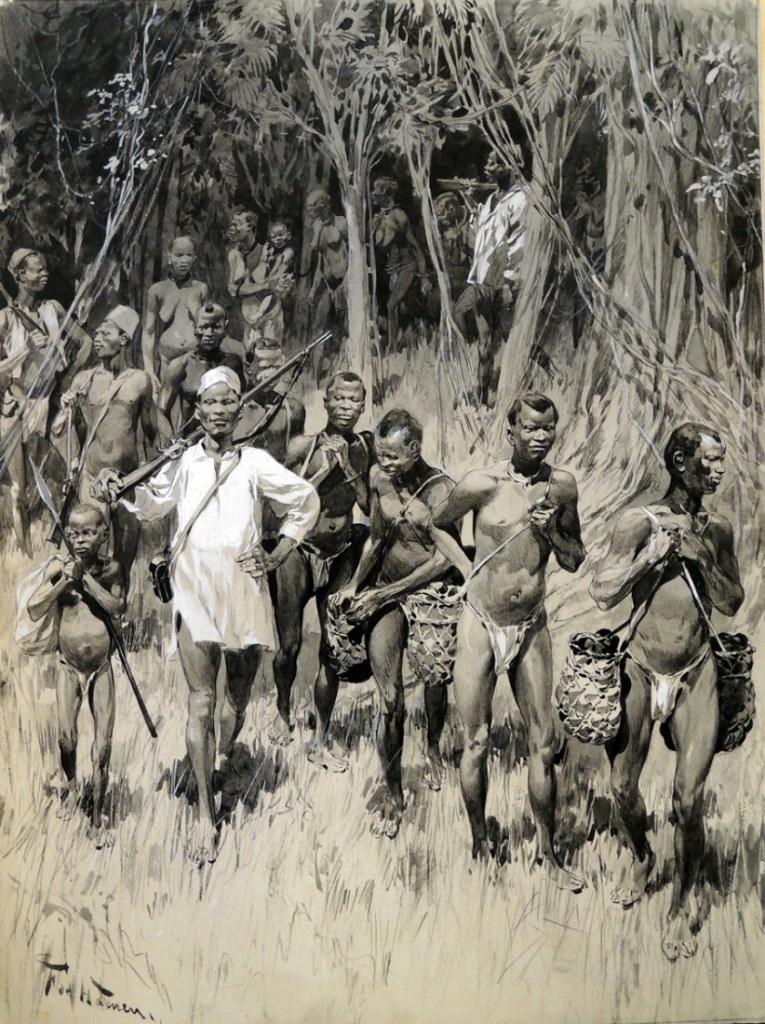 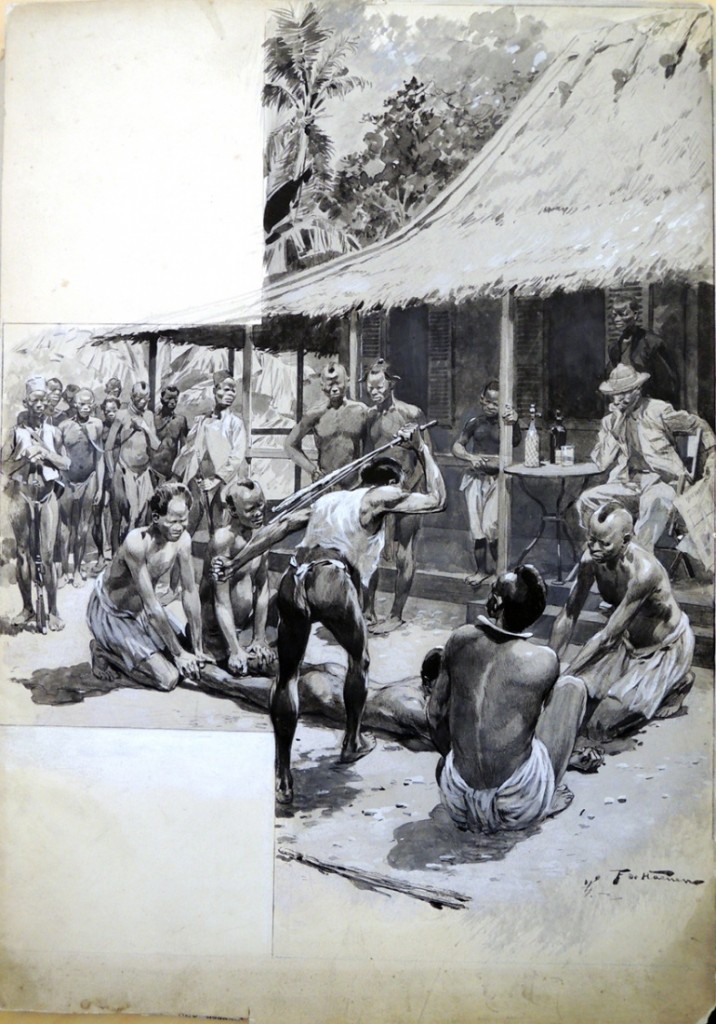 In the January 1906 supplement to The Graphic: An Illustrated Weekly Newspaper, a special series of illustrations was published documenting the treatment of Africans by European traders. The article was entitled “Dark Deeds in Darkest Africa: Scenes and Tales of Cruelty in the Congo Free State” by the Rev. J.H. Harris, of the “Regions Beyond” Missionary Union.

“As our readers are well aware,” writes the editor, “The Graphic is not given in the publication of sensational illustrations. In view, however, of the great and historic importance of the terrible events which have taken place in the Congo Free State, the conductors of this journal have thought it only right to depart from their usual rule, and publish the sketches and photographs contained in this supplement—the accuracy of which are absolutely vouched for by Mr. Harris, who was present at the committee of inquiry.”

The Graphic Arts Collection recently acquired two original drawing for The Graphic. One of them depicts a brutal flogging of a slave with a chicotte, a heavy whip made of animal hide used in this region. The image was made after a photograph and drawn in high contrast to aid in reproduction. The artist, Frederic de Haenen, was one of many illustrators who worked for The Graphic and The Illustrated London News.

A second drawing, titled “How a White man trades in the Congo,” is believed to also be from a 1906 issue of The Graphic. It comes with a caption glued to the bottom, which reads in part, “The natives are required to bring in their toll of rubber every fortnight or twenty days, according to the wish of the individual agent. The sentries are sent out to bring in the rubber workers. In the event of the rubber being either short or not good enough in quality, these sentries also bring in a number of “hostages” which the white man holds and forces to work on his “factorie” [sic] until the relatives bring in extra quantity to redeem them.” 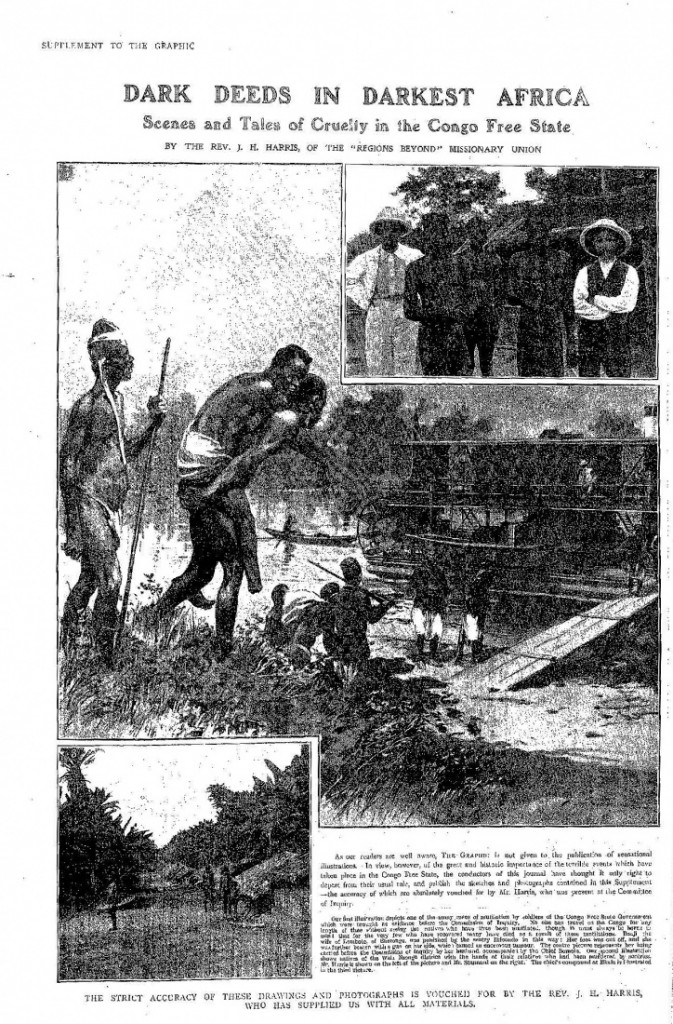 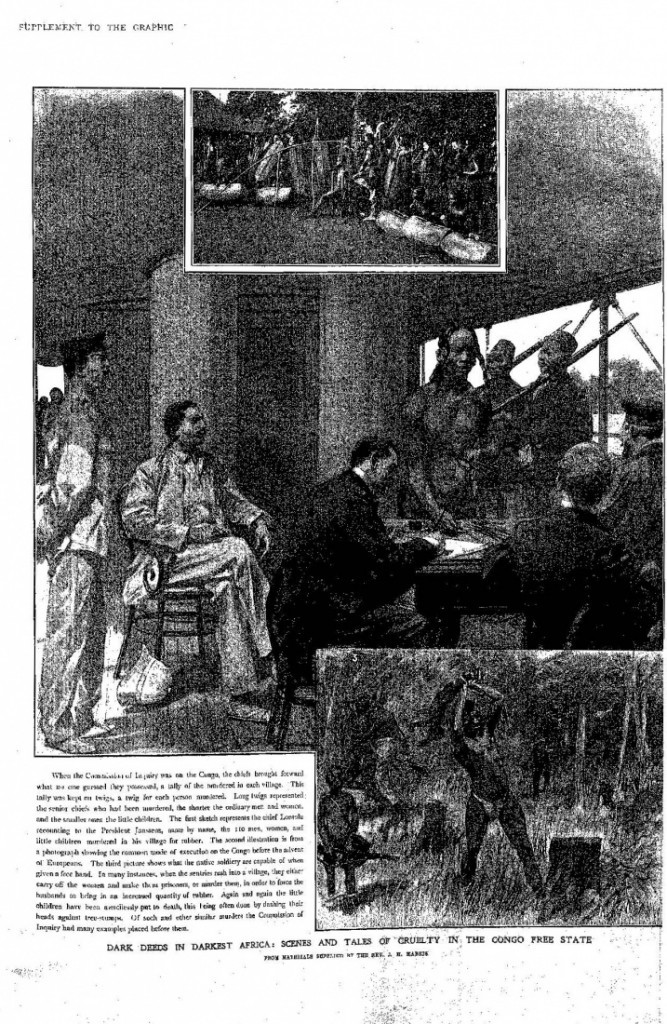 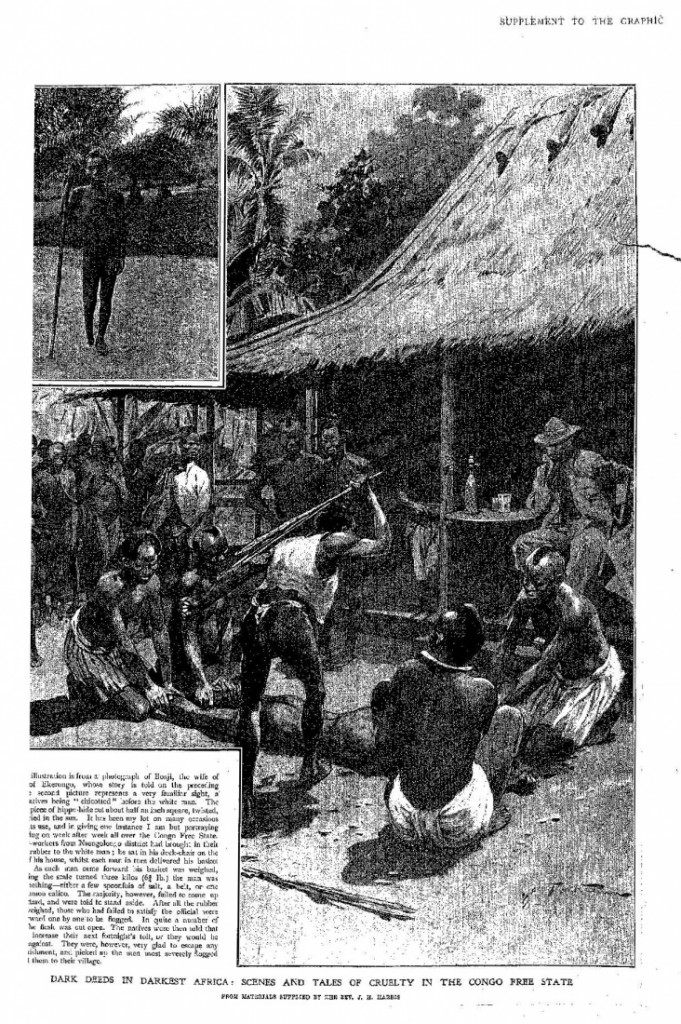