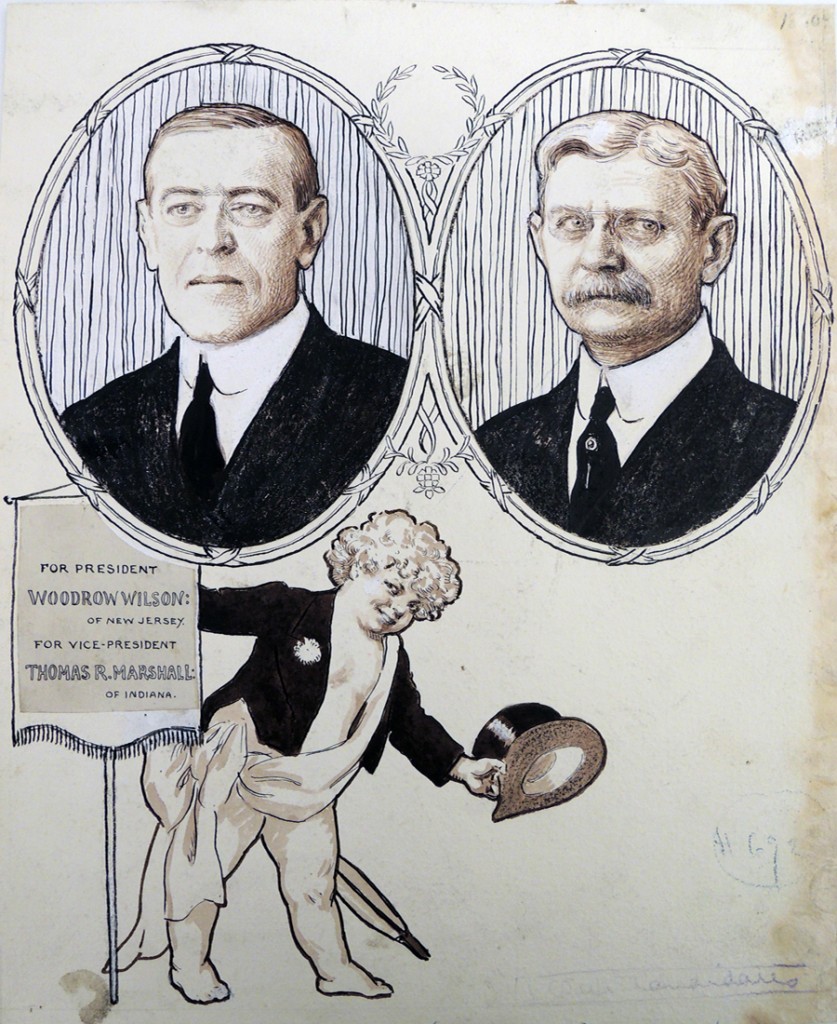 The Graphic Arts Collection holds a preliminary drawing for the cover of Puck magazine’s special campaign number of October 23, 1912. It features the classic Puck cherub and vignettes of Woodrow Wilson and Thomas Marshal. Unfortunately, Princeton’s copies of Puck do not include the 1912 issue and the digital version is in black and white. Happily, the Italian site “tipsimages” offers a thumbnail of the issue’s cover, seen below. 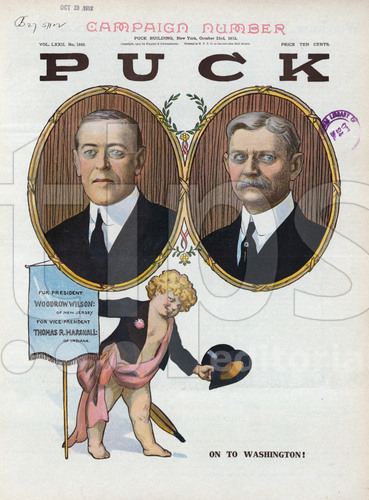 Here’s is a campaign film made by the Democratic National Committee for Wilson in 1912, making fun of Taft.