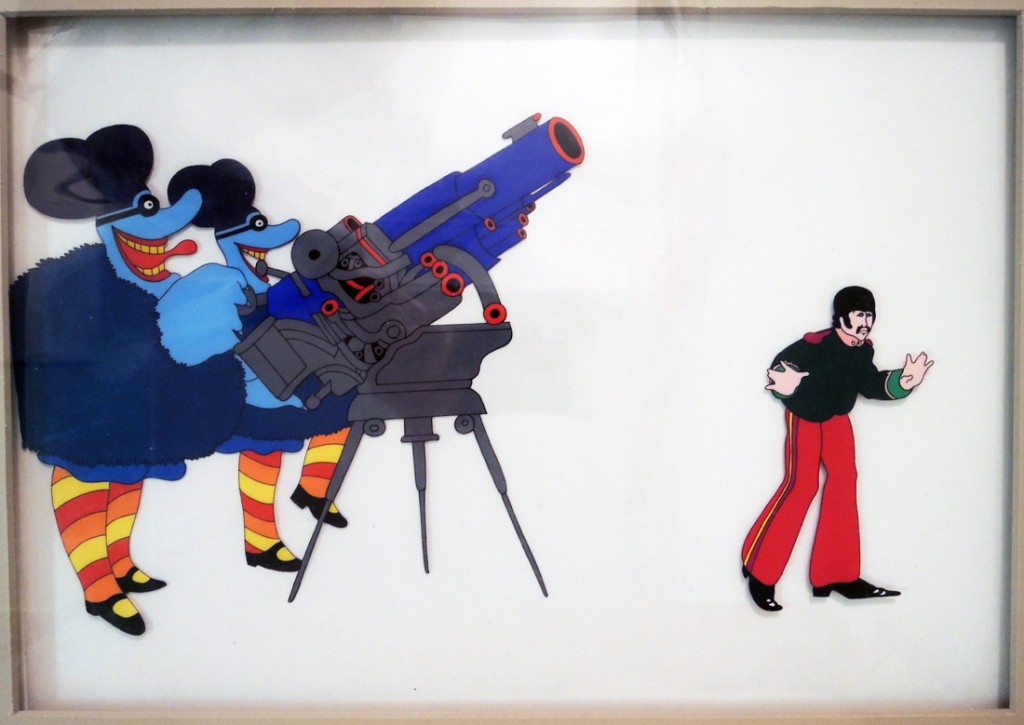 The Graphic Arts Collection is fortunate to have a small collection of animation cells, including two from the 1968 film based on the music of The Beatles called Yellow Submarine and one from Walt Disney Studios of Donald Duck, among others. They offer an interesting contrast in styles.

While George Dunning (1920-1979) was the director of Yellow Submarine, Heinz Edelmann (1934-2009) was the creative director and the one most often credited with the overall style of the film. Born in Czechoslovakia and trained in Germany, Edelmann only worked on Yellow Submarine from 1967 to 1968 but it over-shadowed all his other projects, such as the illustrations of Andromedar SR1 (1970, Cotsen Eng 20Q 87723) and German edition of Kenneth Grahame children’s book The Wind in the Willows [Der Wind in den Weiden] (1973).

In his 2009 New York Times obituary, Steven Heller wrote, “Heinz Edelmann, the multifaceted graphic designer and illustrator who created the comically hallucinogenic landscape of Pepperland as art director for the 1968 animated Beatles film Yellow Submarine, died on Tuesday in Stuttgart, Germany.  …The movie’s mod-psychedelic look, which typifies the era’s spirited graphic art, emerged around the same time as the related psychedelic work of Terry Gilliam, Alan Aldridge and Victor Moscoso, but it has its own whimsical aesthetic. The bulbous Blue Meanies, which personify an evil mood as actual villains, pursue the innocent, well-coifed cartoon Beatles across an ever-shifting milieu of mysterious seas and holes that can be magically picked up and moved. The yellow submarine itself stops in an ocean of pulsating watches, representing time, to light a cigar for a friendly sea monster.” 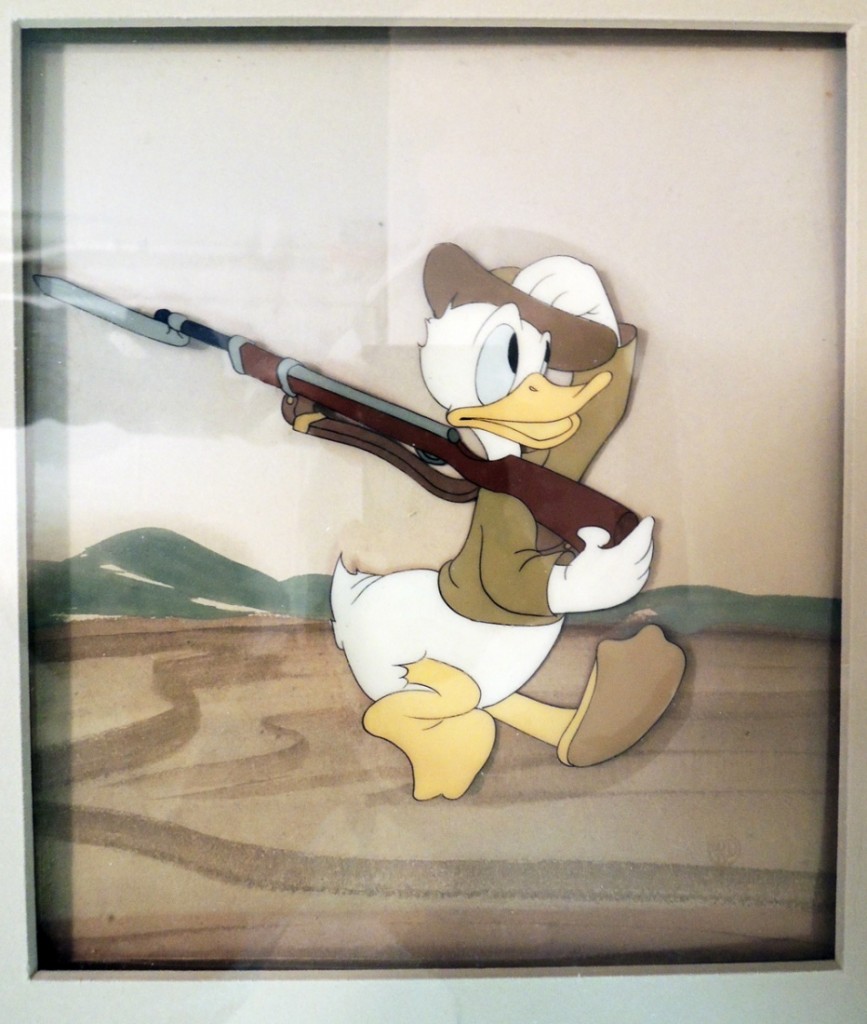