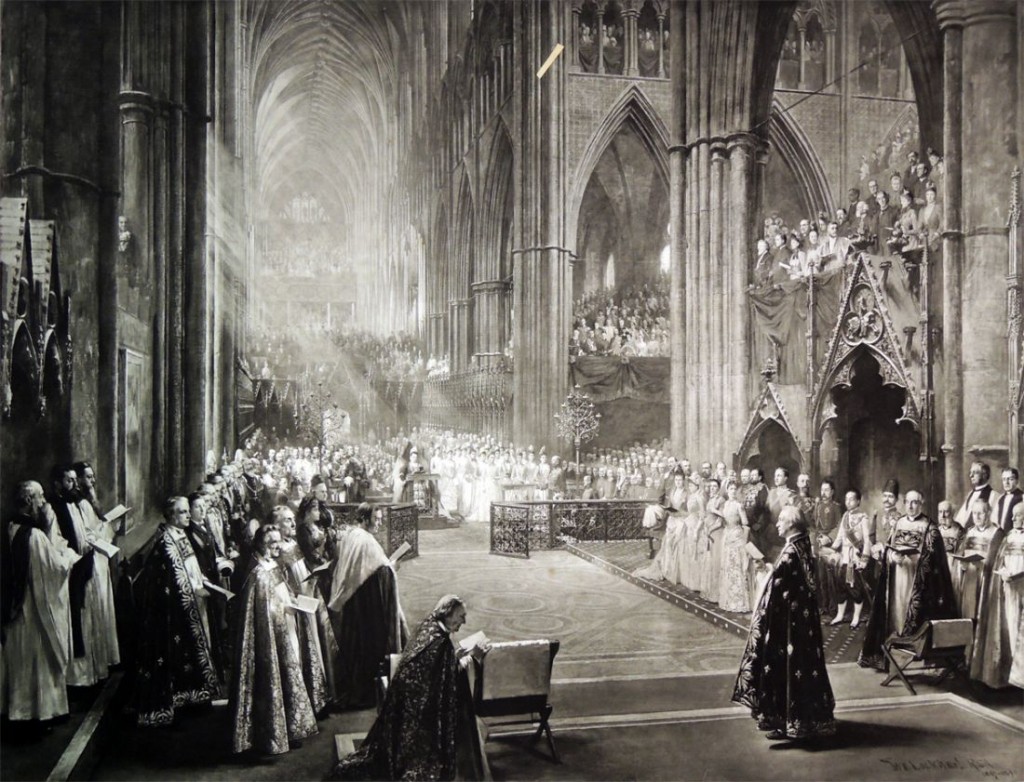 Queen Victoria (1819-1901) commissioned a painting from the Scottish artist William Lockhart (1836-1900) to capture the thanksgiving service held on June 21, 1887 in Westminster Abbey celebrating her fiftieth year in office or Golden Jubilee. Lockhart painted for three years, inviting many of the attendees to pose in his studio so he could make an accurate document. The finished oil painting was then photographed and a photogravure made in Berlin, which was sold by William Doig and Company in 1890. 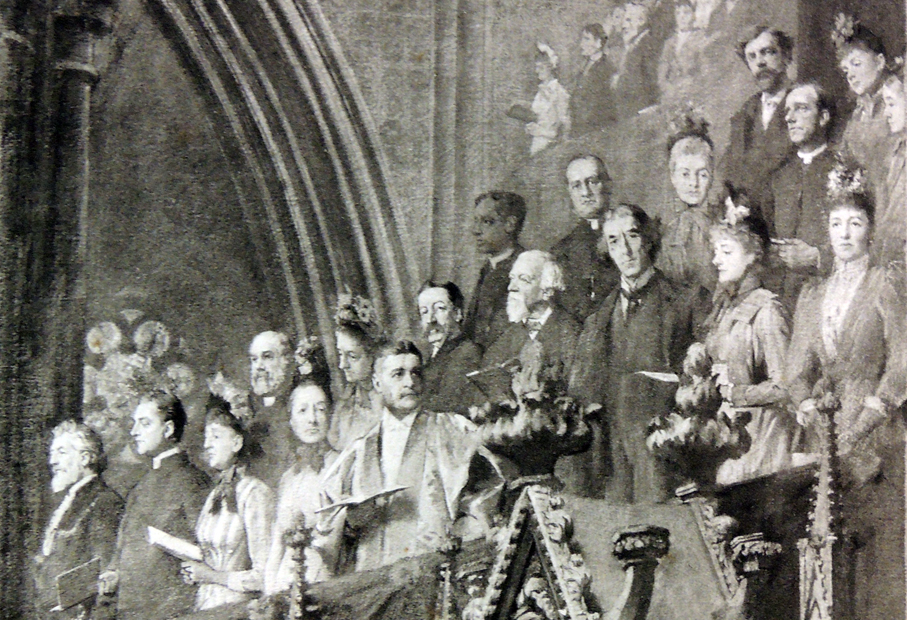 Lockhart also added portraits of himself and his wife. He is the dark bearded figure in the same box at the back on the far right who looks out towards the viewer. 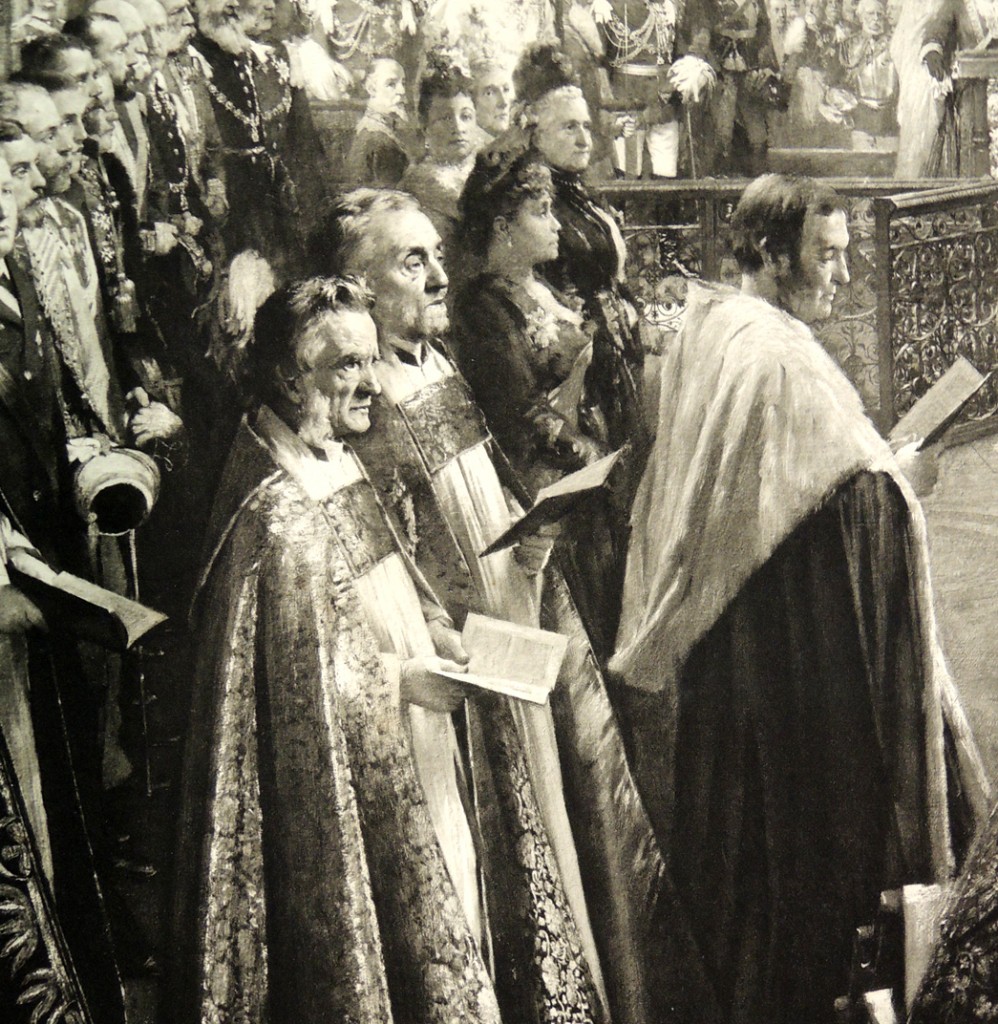 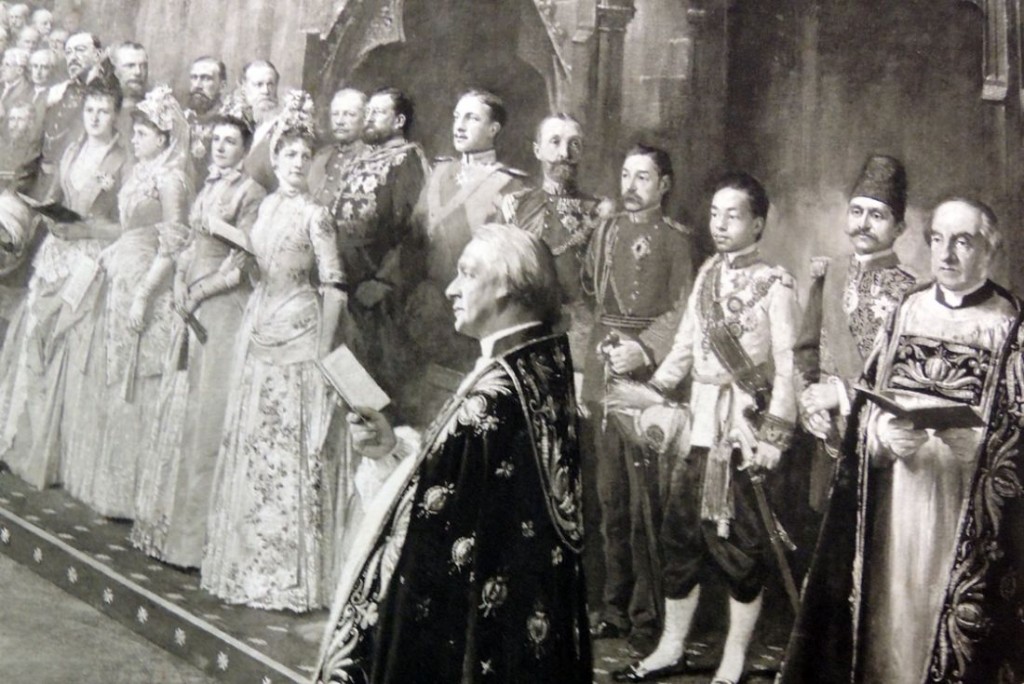