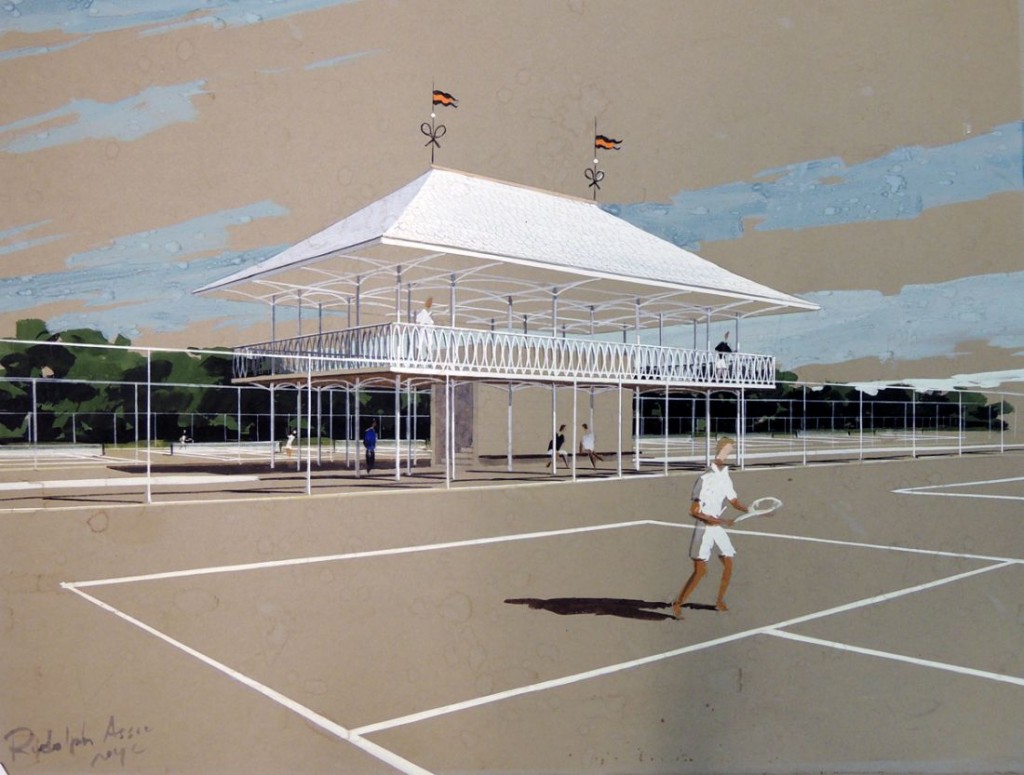 An October 1911 Daily Princetonian reported that “Charles T. Butler ‘12 and Dean Mathey ‘12 were awarded the University “P” for winning the doubles championship in the intercollegiate tennis tournament played early in September.” It was Mathey’s second championship, following his 1910 win with classmate Burnham N. Dell.

A devoted supporter of Princeton, Dean Mathey (1890-1972) went on to serve as a trustee under Presidents Hibben, Dodds, and Goheen. Together with Joseph L. Werner ’21, Mathey proposed and funded a new tennis pavilion overlooking 27 tennis courts on Brokaw Field. The design won a 1962 Architectural Award of Excellence from the American Institute of Steel Construction, cited as “delightfully decorative and fanciful, romantic and playful—in the spirit of the time.”

Paul Rudolph (1918-1997), Dean of the Yale School of Architecture, created the initial design for the New York architectural firm of Ballard, Todd, and Snibbe, and the Matthews Construction Company of Princeton served as the general contractors. Rudolph’s gouache drawing was recently discovered and given to the Graphic Arts Collection by Mr. and Mrs. Francis J. Anscombe. An influential statistician, Professor Anscombe (1918-2001) taught at Yale, Cambridge and Princeton Universities.