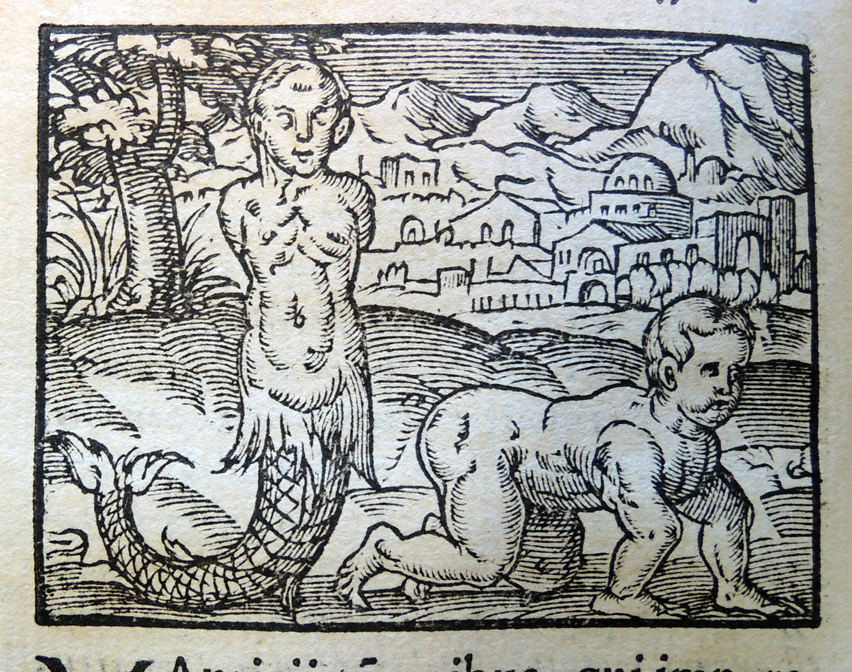 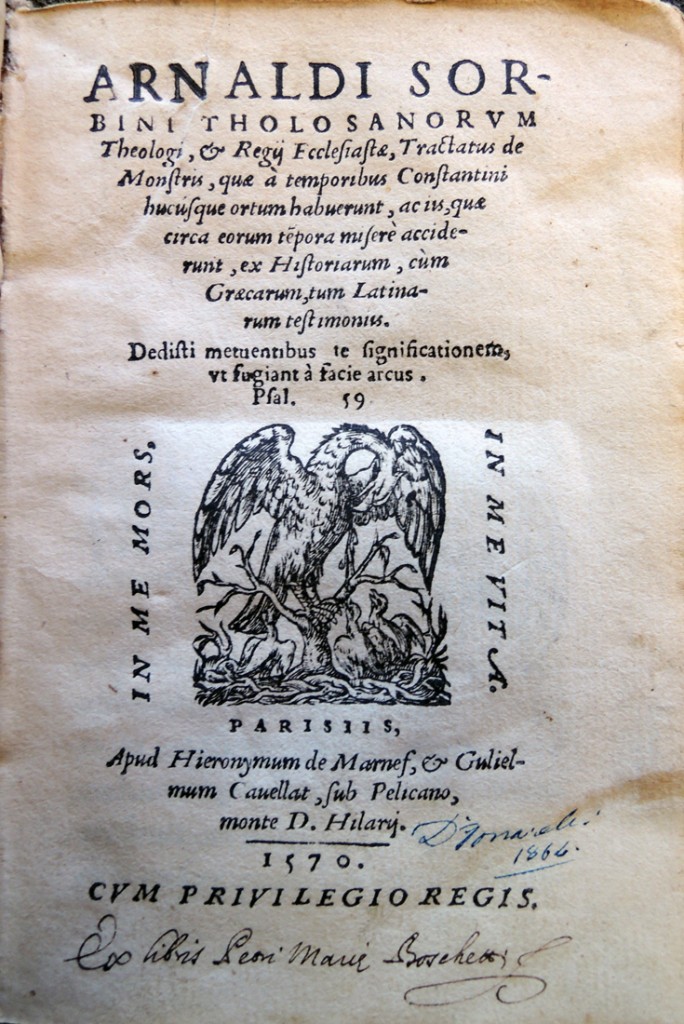 The Oxford English Dictionary defines monster as “a mythical creature which is part animal and part human, or combines elements of two or more animal forms. Later, more generally, as any imaginary creature that is large, ugly, and frightening.”

Printed by Gulielmum Cavellat (died 1576 or 77) and Hiérosme de Marnef (1515-1595), these cuts include a variation of Martin Luther’s monk-calf (half man half donkey); the hairy female; conjoined twins; and other prodigious births thanks, according to Sorbin, to Protestant heresy. This is one of many 16th-century volumes featuring so called monstrous births. For others, see the New York Academy of Medicine’s Telling of Wonders site: http://www.nyam.org/library/rare-book-room/exhibits/telling-of-wonders/ter4.html#sthash.aAdBRqzt.dpuf 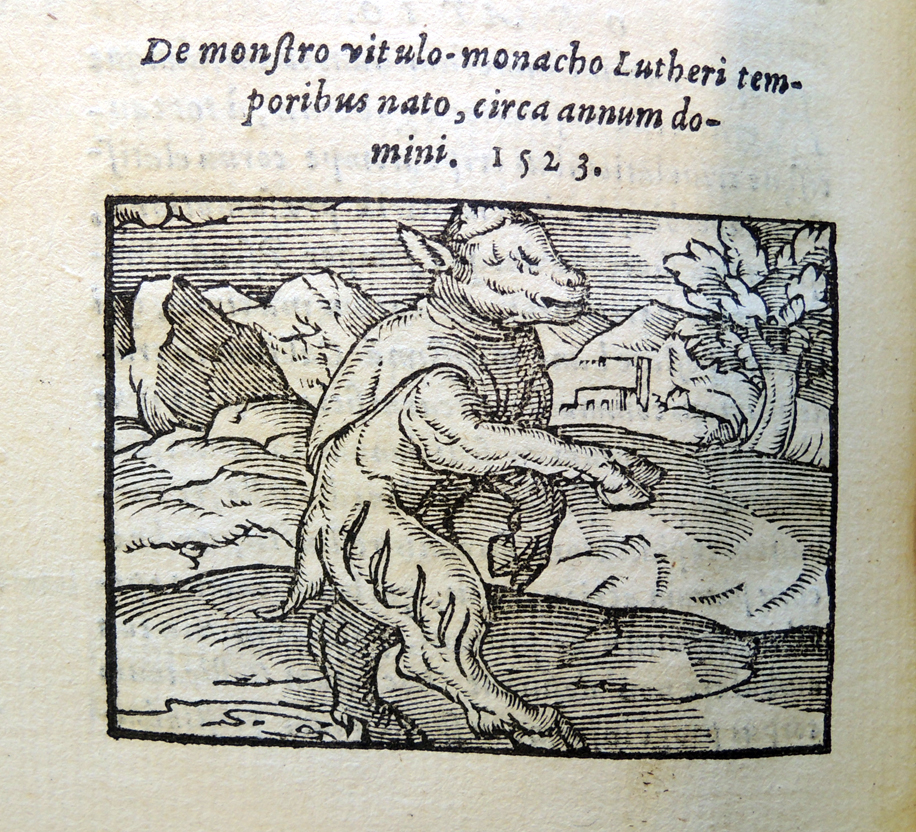 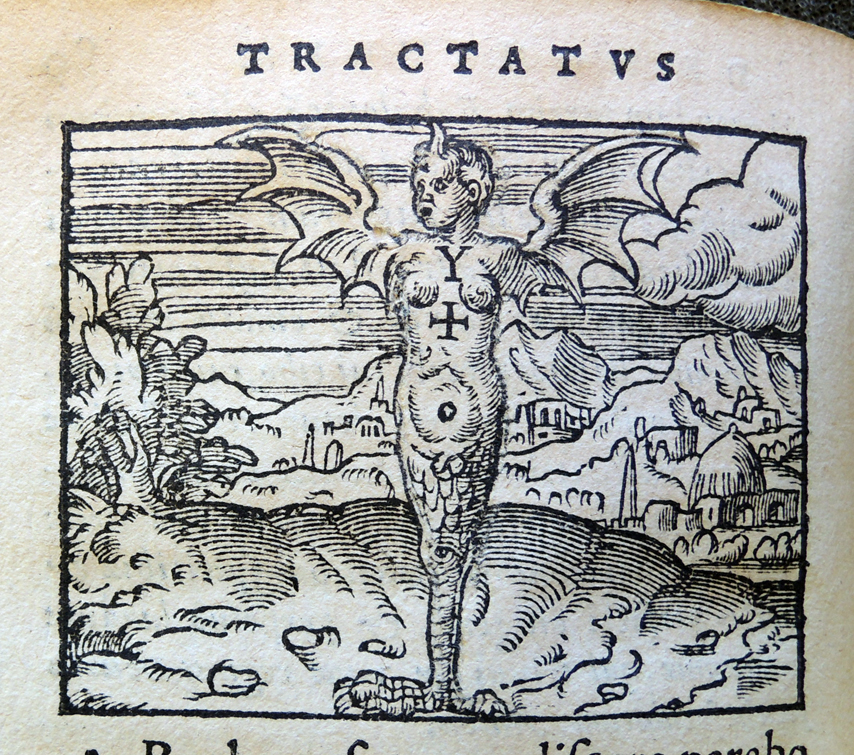 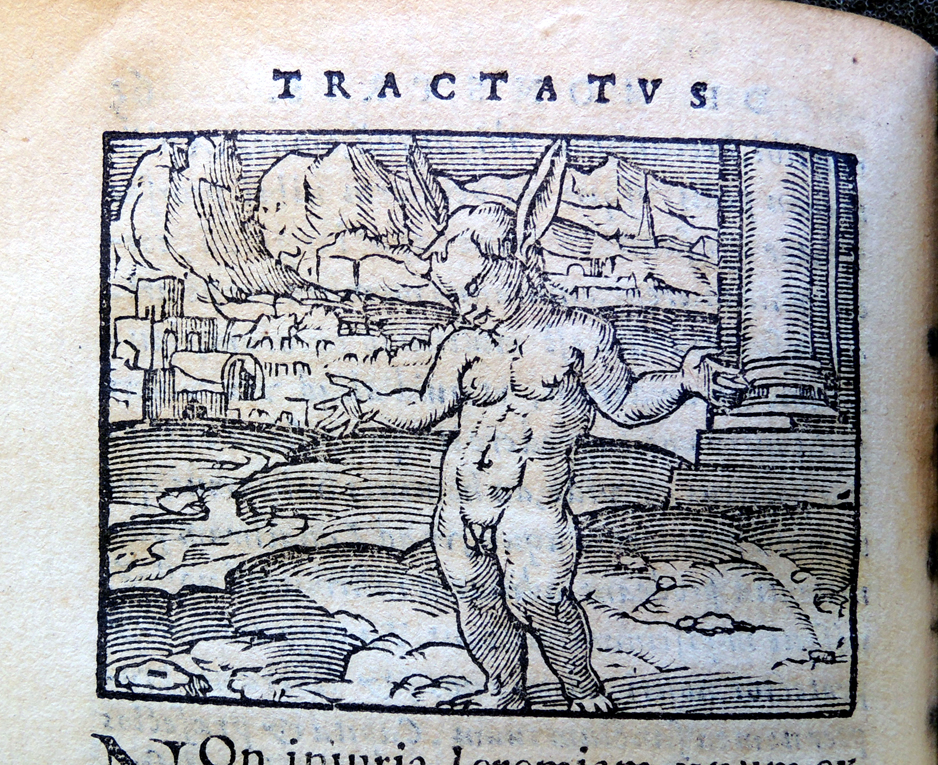 Princeton’s volume was owned in the 17th century by P. Marie Boschetti and later, by Dr. François Moutier (1881-1961), master of the French gastroenterology, laboratory head of the Faculty of Medicine of Paris (1946-1950). 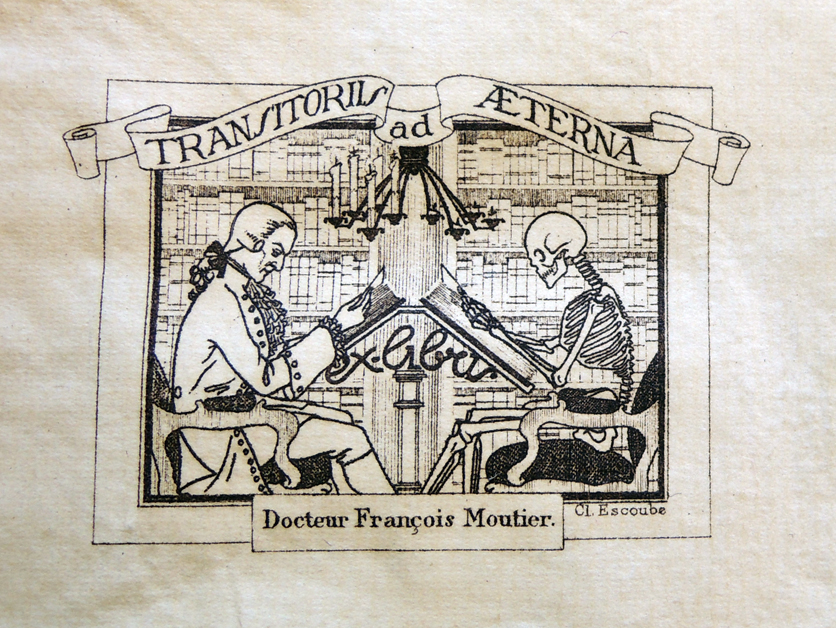 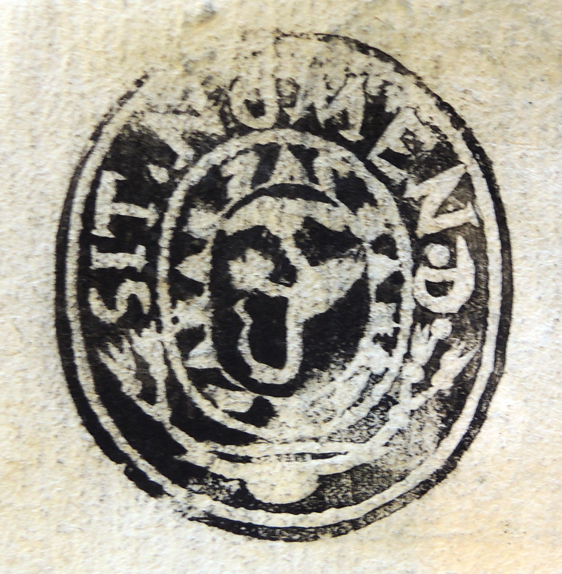