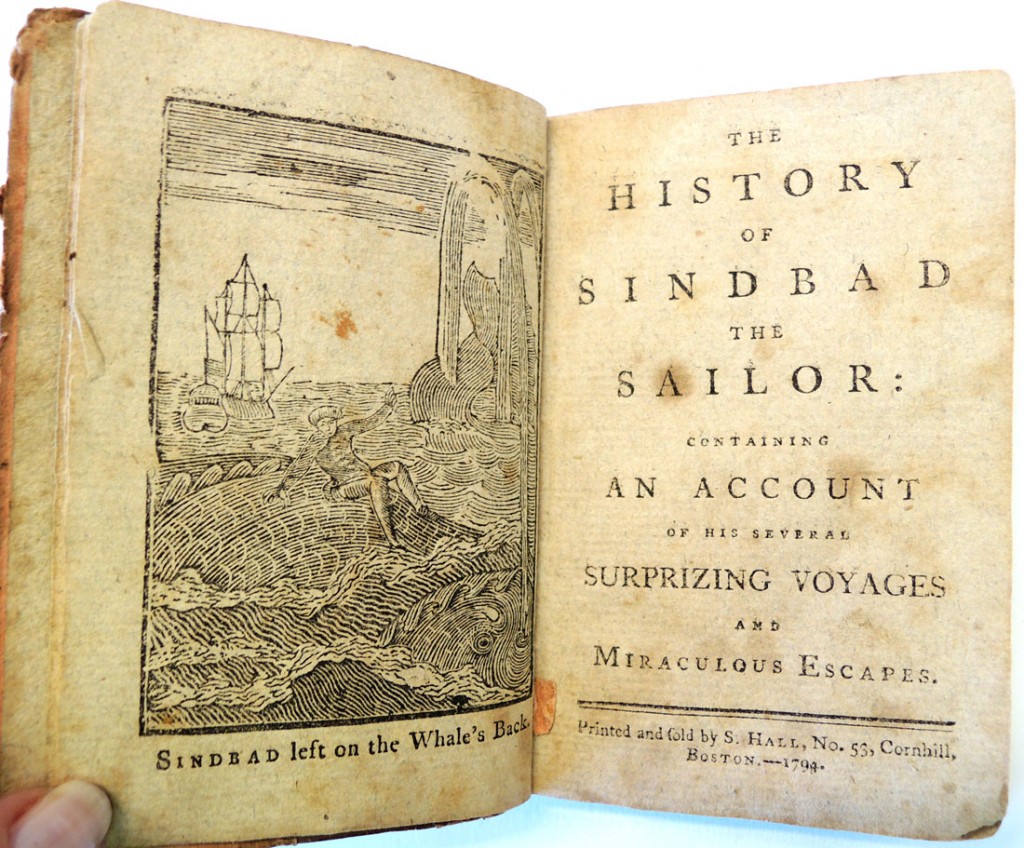 “My father left me a considerable estate, most part of which I spent during my youth,” begins the history of Sindbad the sailor, “but I perceived my error, and called to mind that riches were perishable, and quickly consumed by such ill husbands as myself. I farther considered, that, by my irregular way of living, I wretchedly mispent [sic] my time, which is the most valuable thing in the world.”

Elizabeth Newbery (1746-1821) first published this account of Sindbad the sailor from her London shop in 1784 (Cotsen Eng 18, Newbery 5017). There is no record of who made the woodcut illustrations to accompany the story. Ten years later, a pirated edition turned up for the first time in Boston, Massachusetts with the same cuts under the publisher Samuel Hall (1740-1807).

The brothers, Samuel and Ebenezer Hall began printing in Salem, Mass. from 1768 to 1775, the third printing press in the colony of Massachusetts. After the death of his brother, Samuel moved the firm to Boston where he published books and newspapers for adult and juvenile audiences. A nice biography of the “printer/patriot” has been posted at: http://tarquintarsbookcase.blogspot.com/2010/05/samuel-hall-printer-patriot-part-1.html and additional information can be found in Isaiah Thomas’s The History of Printing in America (1810):

“In April, 1789, [Hall] began printing, in the French language, a newspaper, entitled Courier de Boston. This was a weekly paper, printed on a sheet of crown in quarto, for J. Nancrede, a Frenchman… a bookseller in Boston; but his name did not appear in the imprint of the paper. Courier de Boston was published only six months. After Hall relinquished the publication of a newspaper, he printed a few octavo and duodecimo volumes, a variety of small books with cuts, for children, and many pamphlets, particularly sermons. He was a correct printer, and judicious editor; industrious, faithful to his engagements, a respectable citizen, and a firm friend to his country. He died October 30, 1807, aged sixty-seven years.” 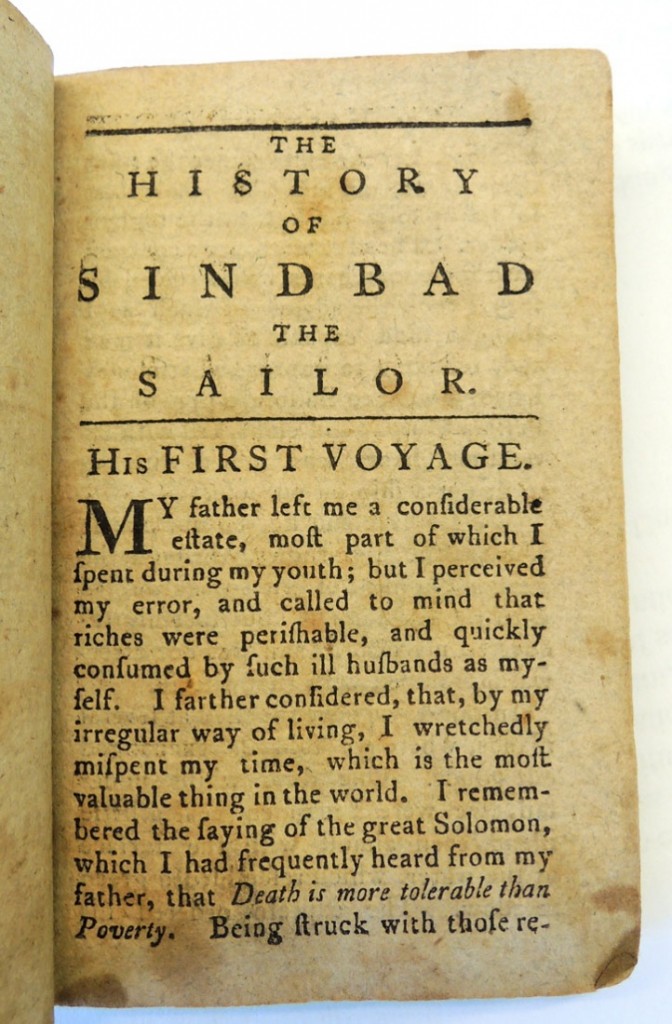 The History of Sindbad the Sailor: Containing an Account of His Several Surprizing Voyages and Miraculous Escapes (Boston: Printed and sold by S. Hall, No. 53, Cornhill, 1794). Woodcut frontispiece and six full-page illustrations, one for each of the seven voyages. Graphic Arts Collection GAX 2014- in process