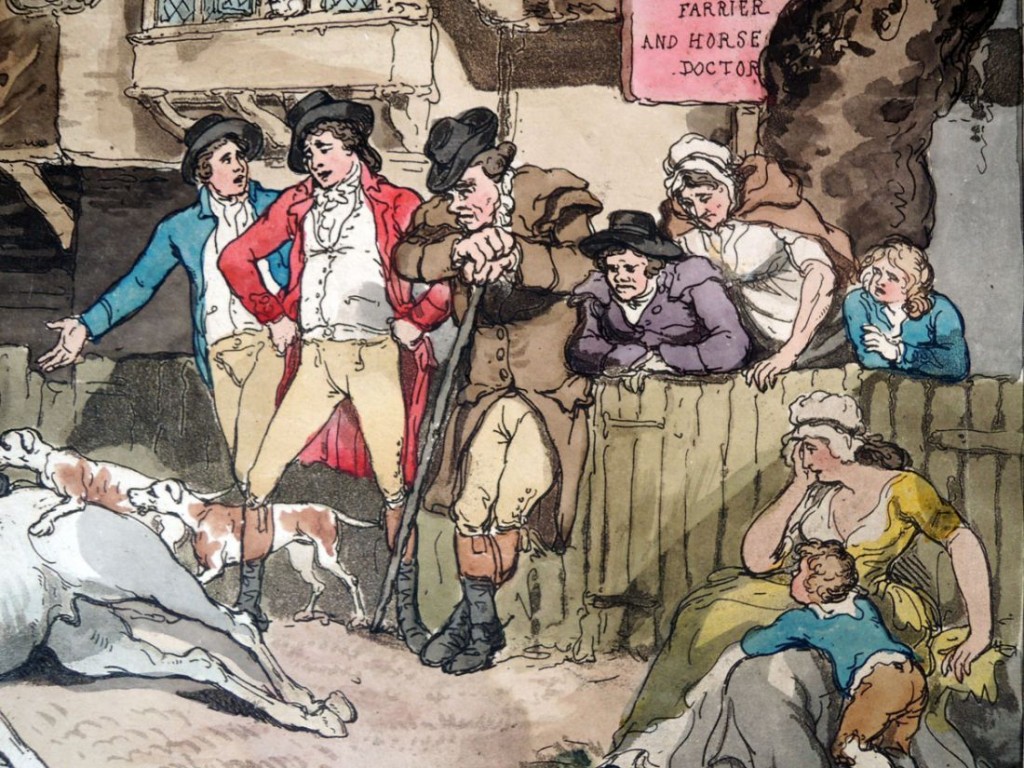 The comic opera, Liberty-Hall: or, a Test of Good Fellowship, written by Charles Dibdin (1745-1814), was first performed at the Theatre-Royal in London’s Drury-Lane on February 8, 1785. One of the highlights was a song titled “Highmettled Racer.” Four years later, Thomas Rowlandson drew four scenes incorporating that song’s lyrics and published them with Samuel Fores on July 20, 1789. The Graphic Arts Collection is fortunate to have both the colored set and a single aquatinted plate. 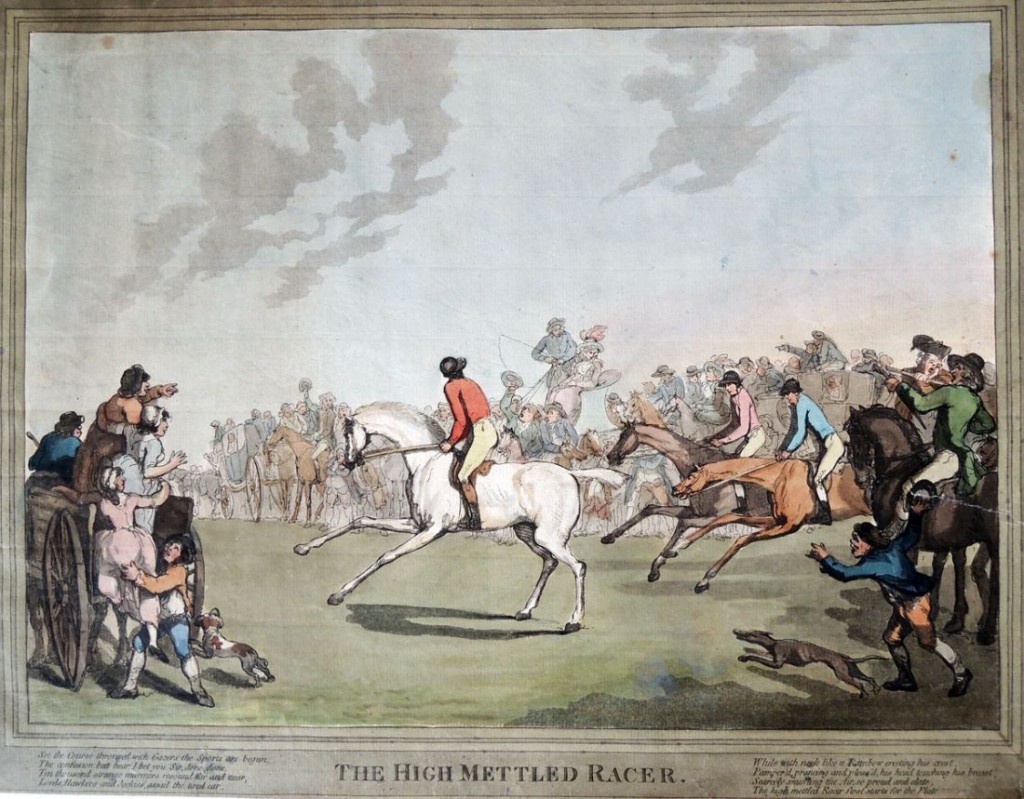 The High Mettled Racer as a Race Horse. See the Course thronged with Gazers, the Sports are begun, The confusion, but hear, I bet you Sir, done, done. Ten thousand strange murmurs resound far and near, Lords, Hawkers and Jockies, assail the tired ear. While with neck like a Rainbow, erecting his crest, Pamper’d, prancing and pleas’d, his head touching his breast, Scarce snuftling the Air, so proud and elate, The high mettled Racer first starts for the Plate. 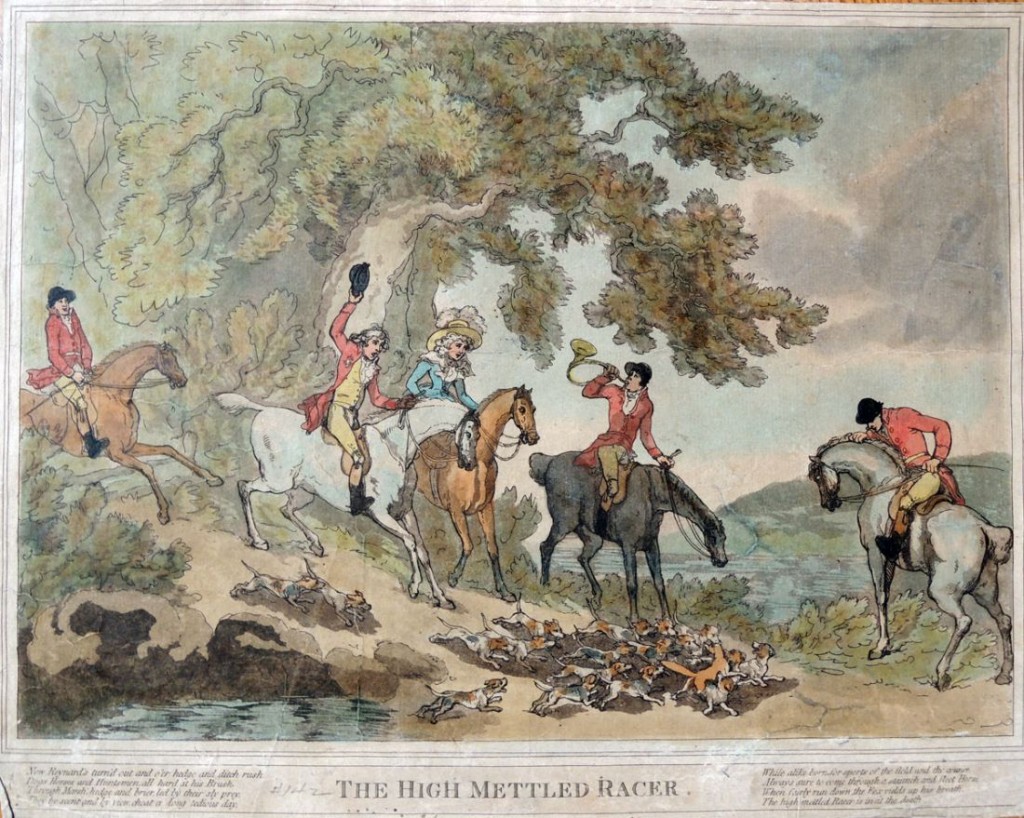 The High Mettled Racer as a Hunter. Now Reynard’s turn’d out and o’er hedge and ditch rush ‘Dogs, Horses and Huntsmen, all hard at his Brush, Through Marsh, hedge and brier, led by their sly prey, They by scent and by view, cheat a long tedious day, While alike born for sports of the field and the course, Always sure to come through a staunch and Fleet Horse, When fairly rundown, the Fox yields up his breath, The high mettled Racer is in at the death. 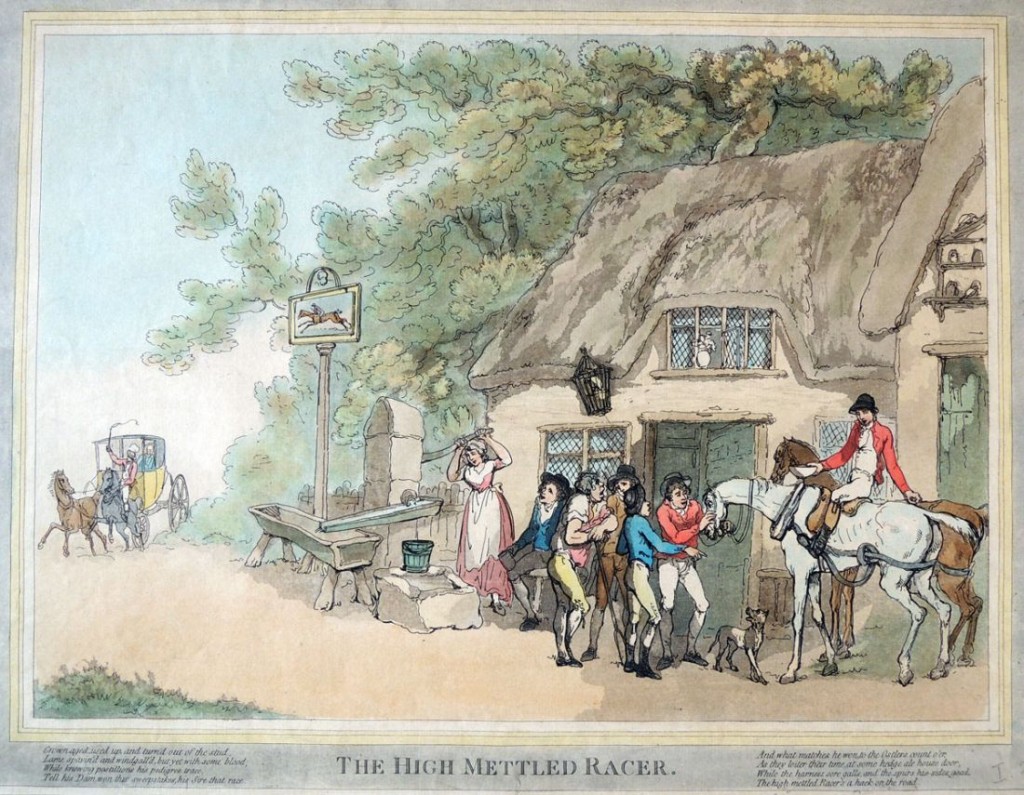 The High Mettled Racer as a Hack Horse. Grown aged, used up and turn’d out of the stud, Lame, spavin’d and windgalled, but yet with some blood, While knowing postillions his pedigree trace, Tell his Dam won this sweepstakes, his Sire that race, And what matches he won, to the Ostlers count o’er, As they loiter their time at some hedge ale house door, While the harness sore galls, and the spurs his sides goad. The high mettled Racer’s a hack on the road. 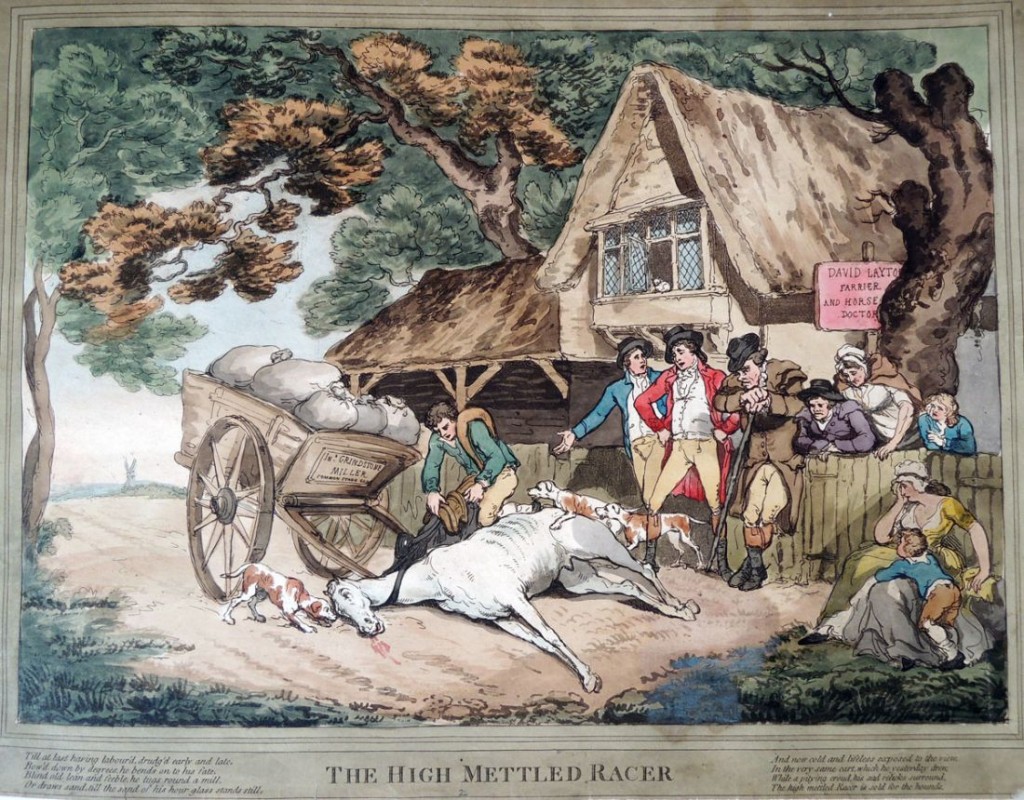 The High Mettled Racer as a Cart Horse. Till at last having labour’d, drudg’d early and late, Bow’d down by degrees, he bends on to his fate, Blind, old, lean and feeble, he tugs ’round a mill, Or draws sand, till the sand of his hour glass stands still. And now, cold and lifeless, exposed to the view, In the very same cart which he yesterday drew, While a pitying crowd his sad relicks surround, The high mettled Racer is sold to the hounds. 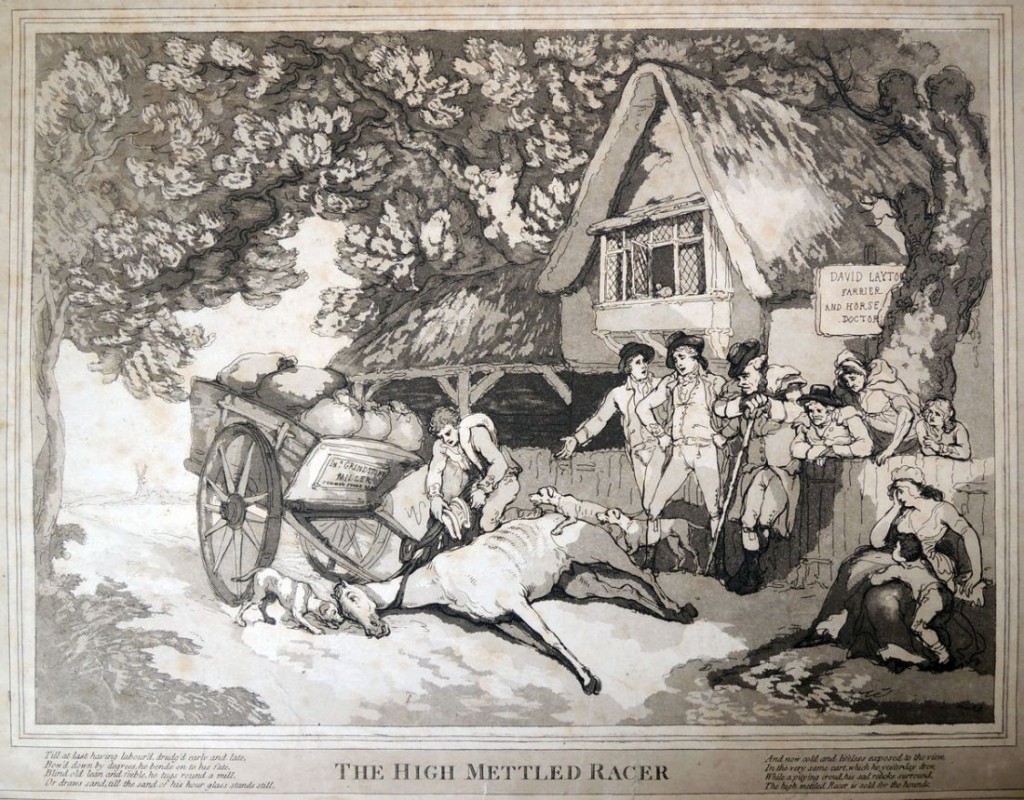 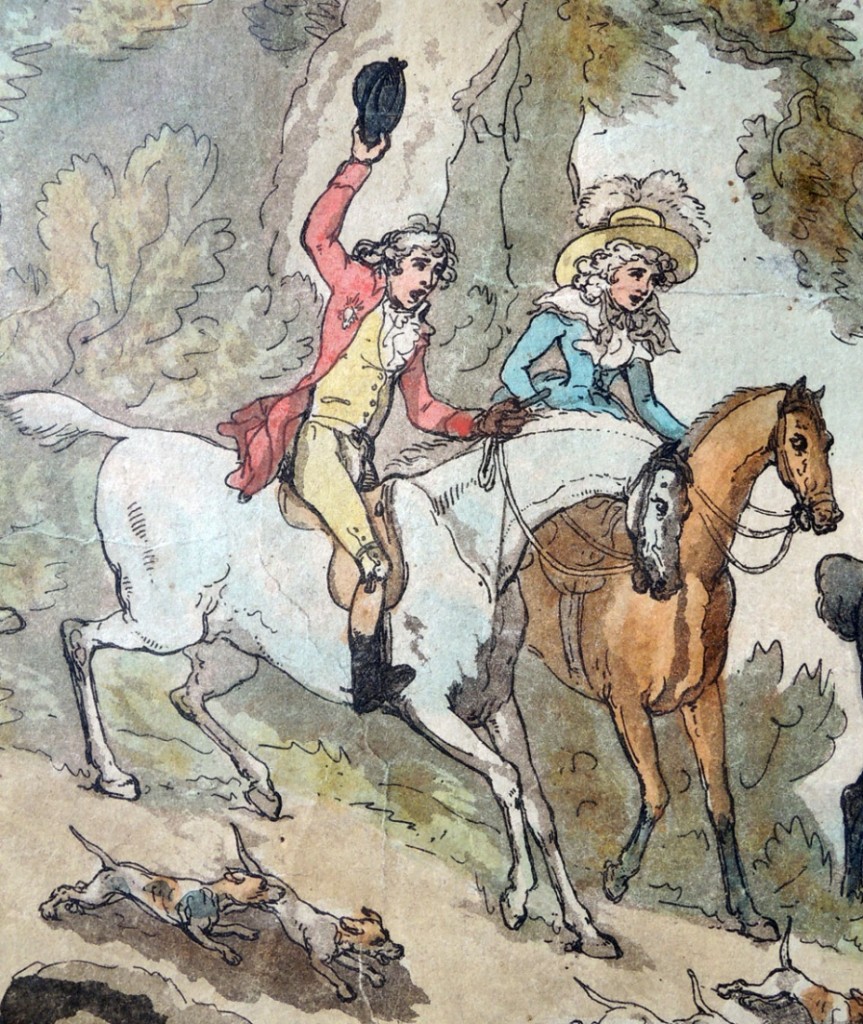