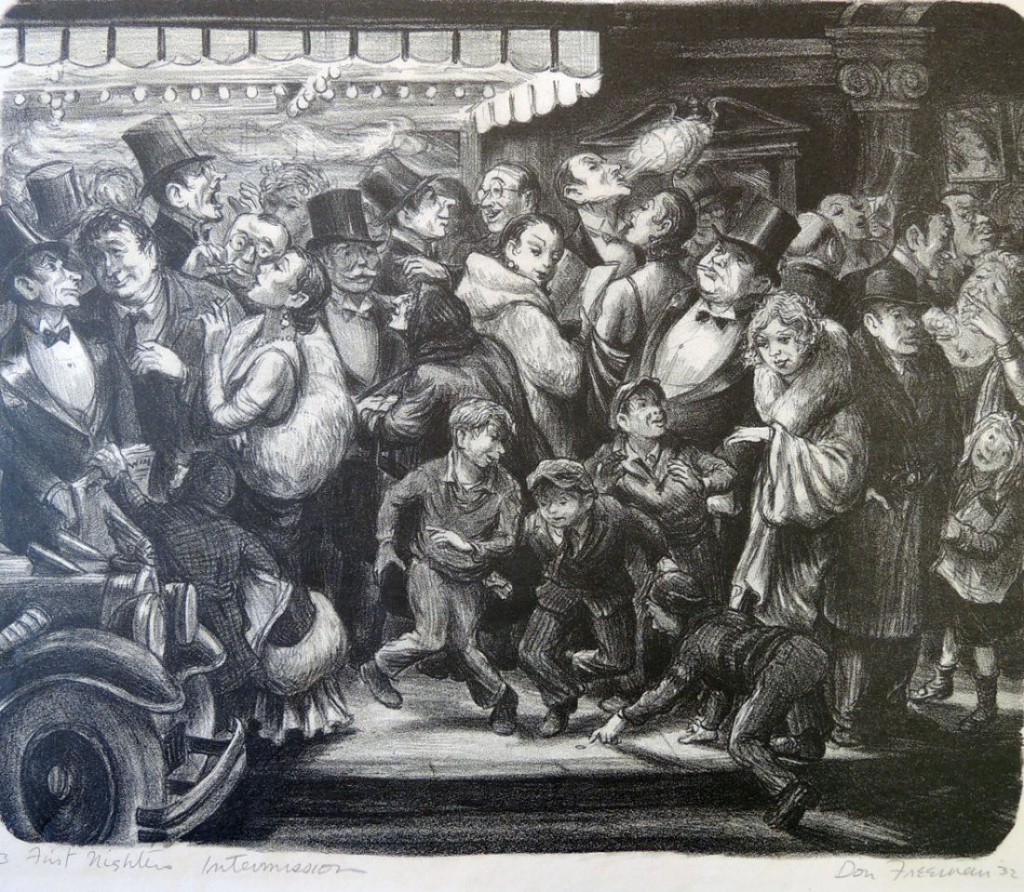 Don Freeman (1908-1978) financed his art education by playing trumpet in jazz clubs and then, acted in at least one Broadway production, as the cornet-playing son in William Saroyan’s The Beautiful People (a part written specifically for Freeman). During the 1930s, he drew a number of lithographs featuring scenes around the theater, both in front and behind the curtain.

In the print at the top, First Nighters’ Intermission, we can recognize many prominent New Yorkers outside a Broadway theater, including Mayor Jimmy Walker, Otto Kahn, Heywood Broun, Robert Benchley, and Clifton Webb. 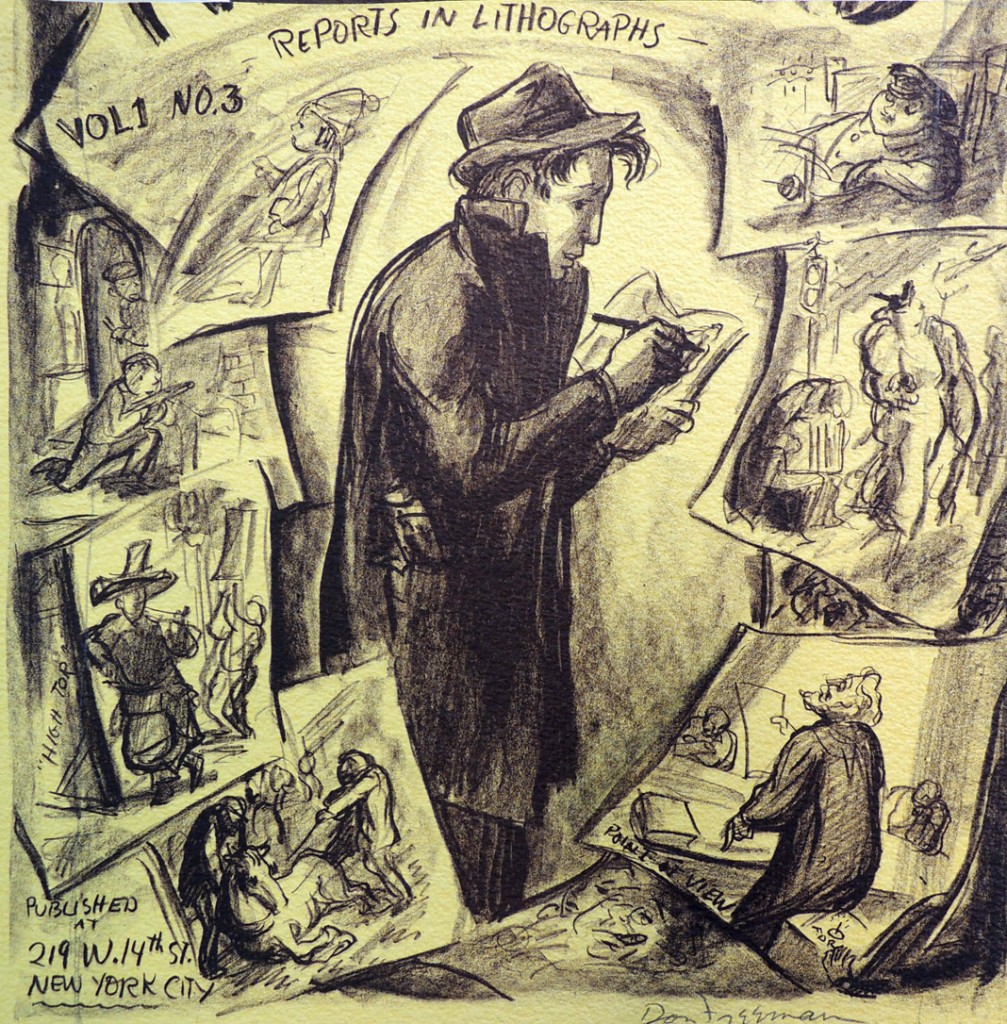 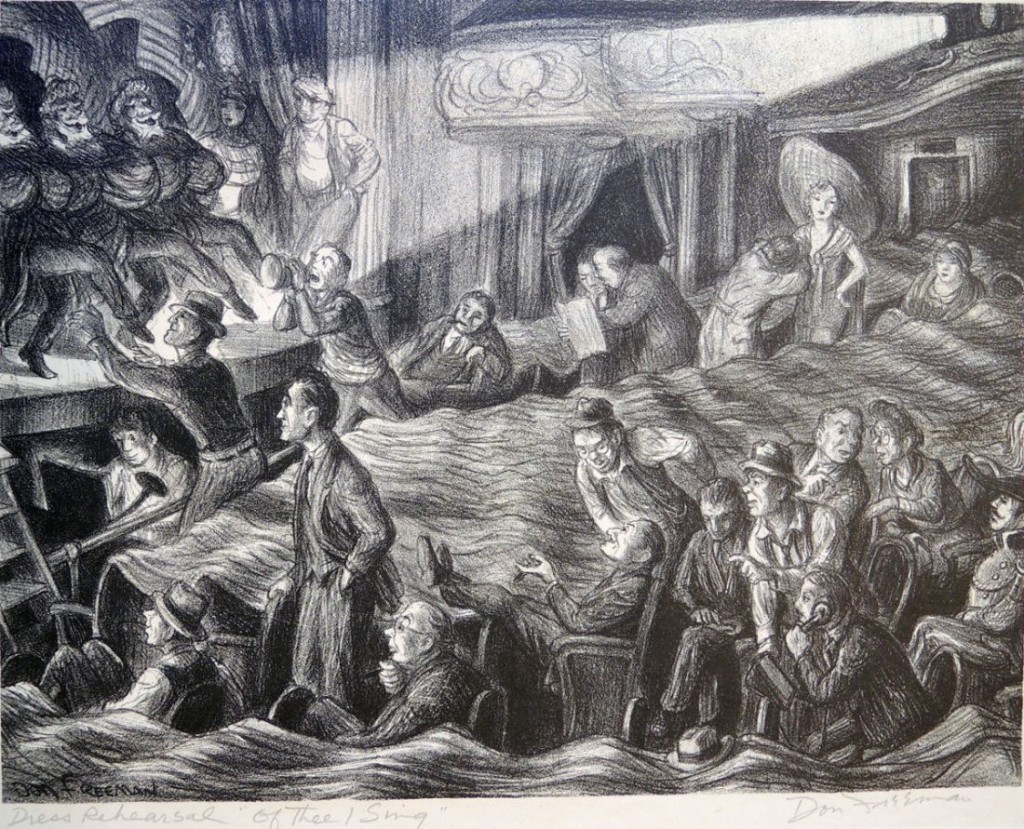 At the rehearsal seen above for Of Thee I Sing, we can recognize George Gershwin conducting, George S. Kaufman and Marc Connolly, producer Sam H. Harris (with his feet up), and designer Jo Meilziner on the intercom. 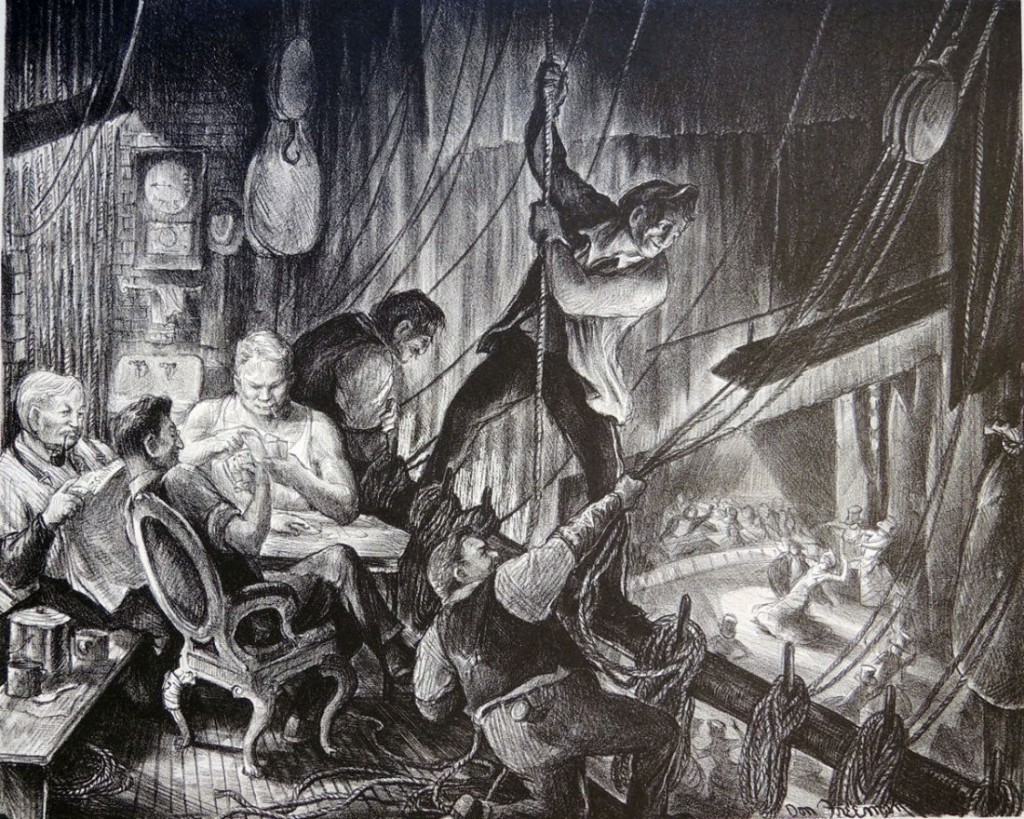 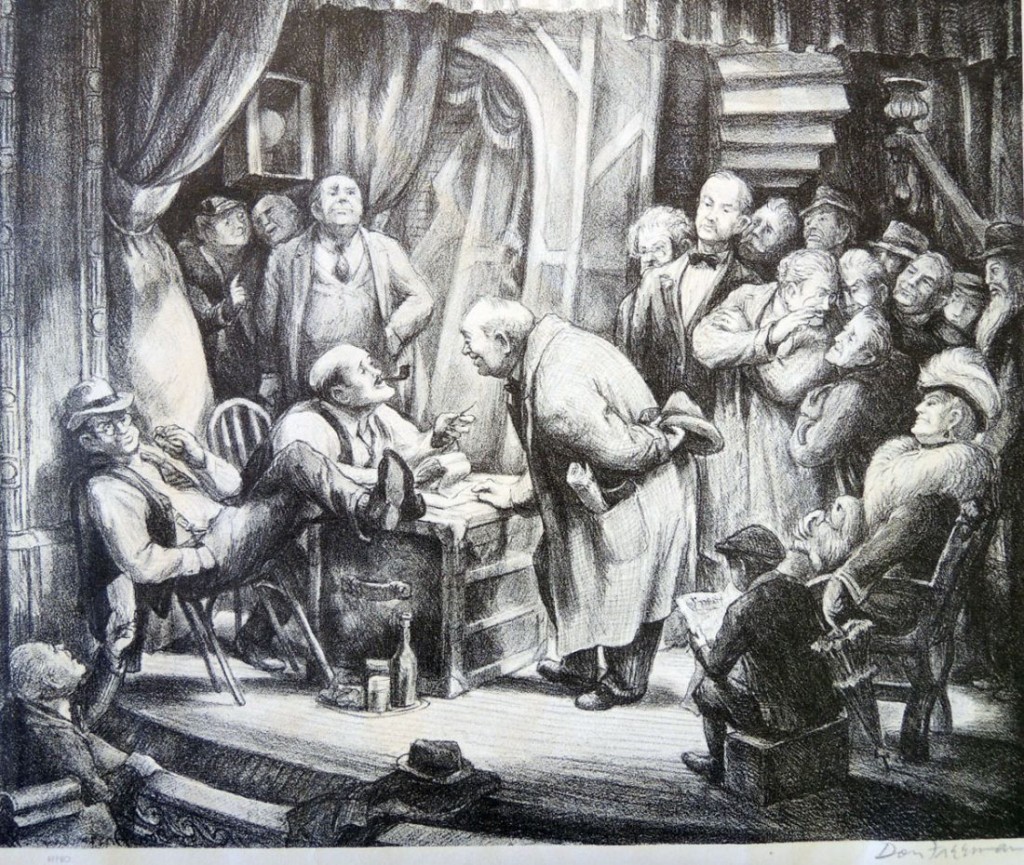 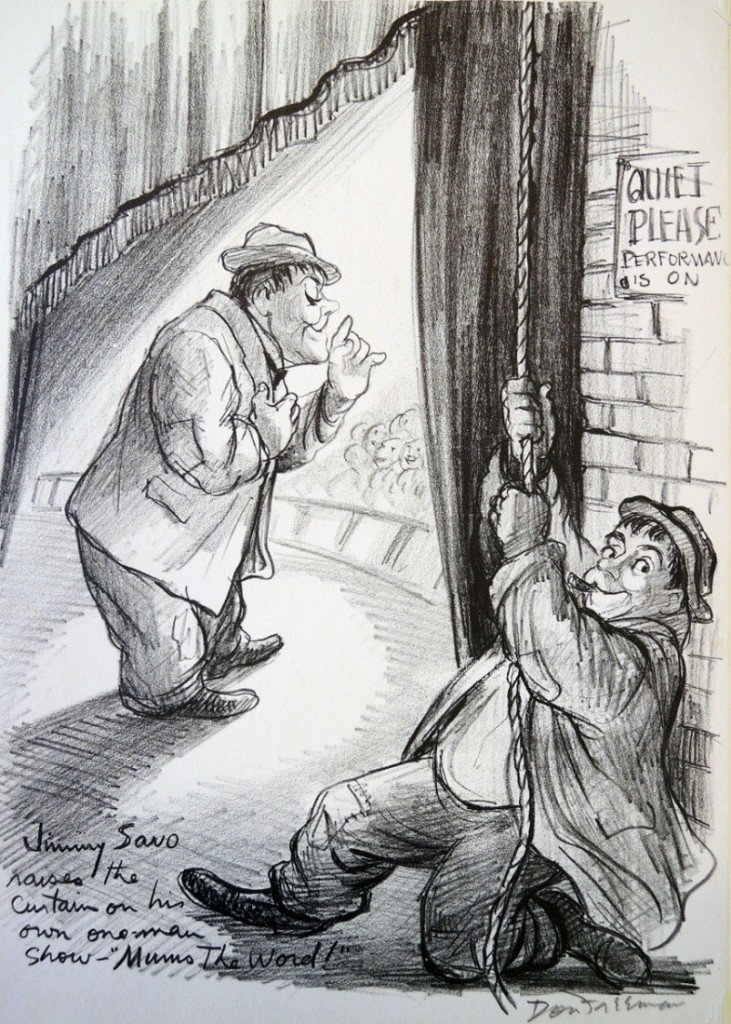