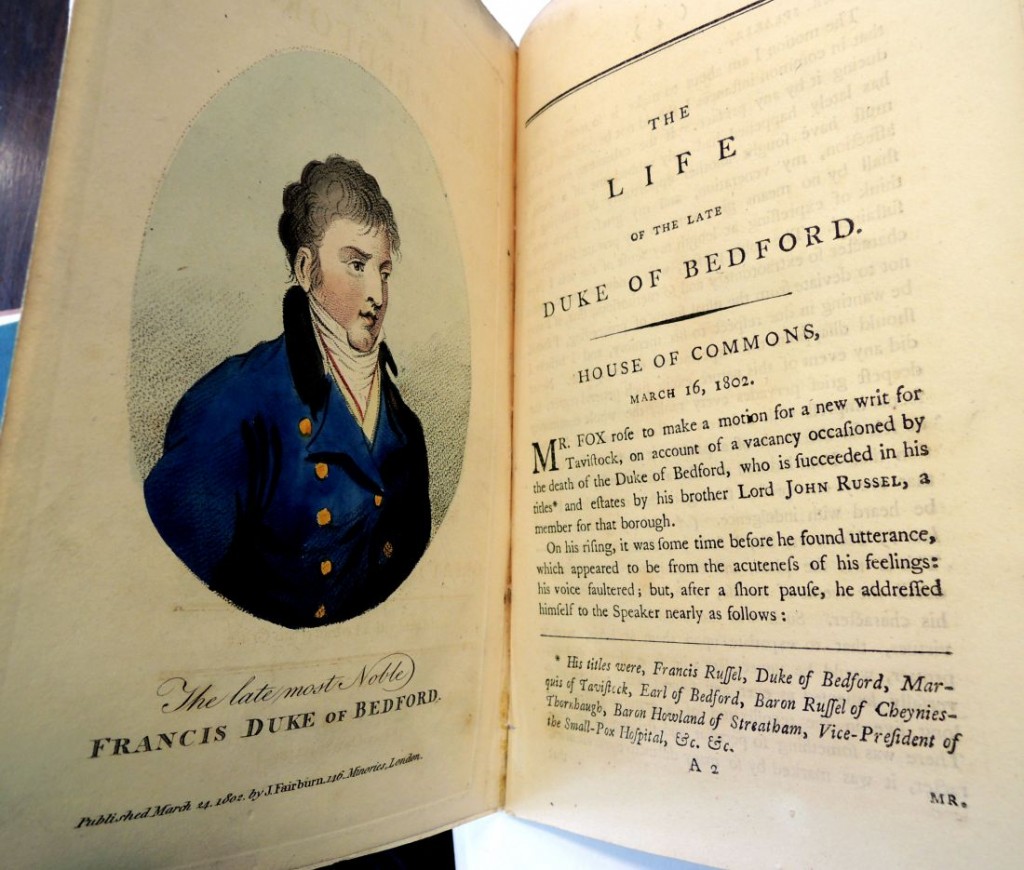 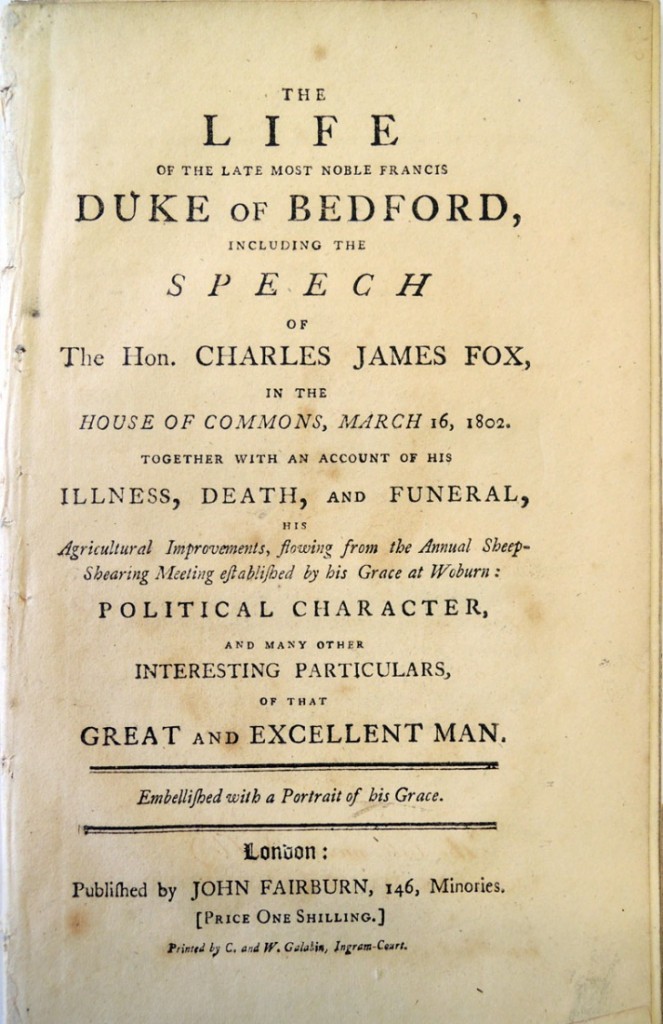 The Graphic Arts Collection was recently offered the gift of Isaac Cruikshank’s frontispiece for The Life of the Late Most Noble Francis Duke of Bedford, completed March 16,1802. We already have the book, with its frontispiece in place, However, we were thrilled to acquire the duplicate print.

Why? In the Krumbhaar Catalogue Raisonné from 1966, this particular print is described in entry 648: “IC. Oval colored portrait frontispiece, ‘The Late most Nable Francis Duke of Bedford,’ unsigned but inscribed ‘From a drawing by my Father I. Cruikshank’ in GC’s [George Cruikshank’s] handwriting.” 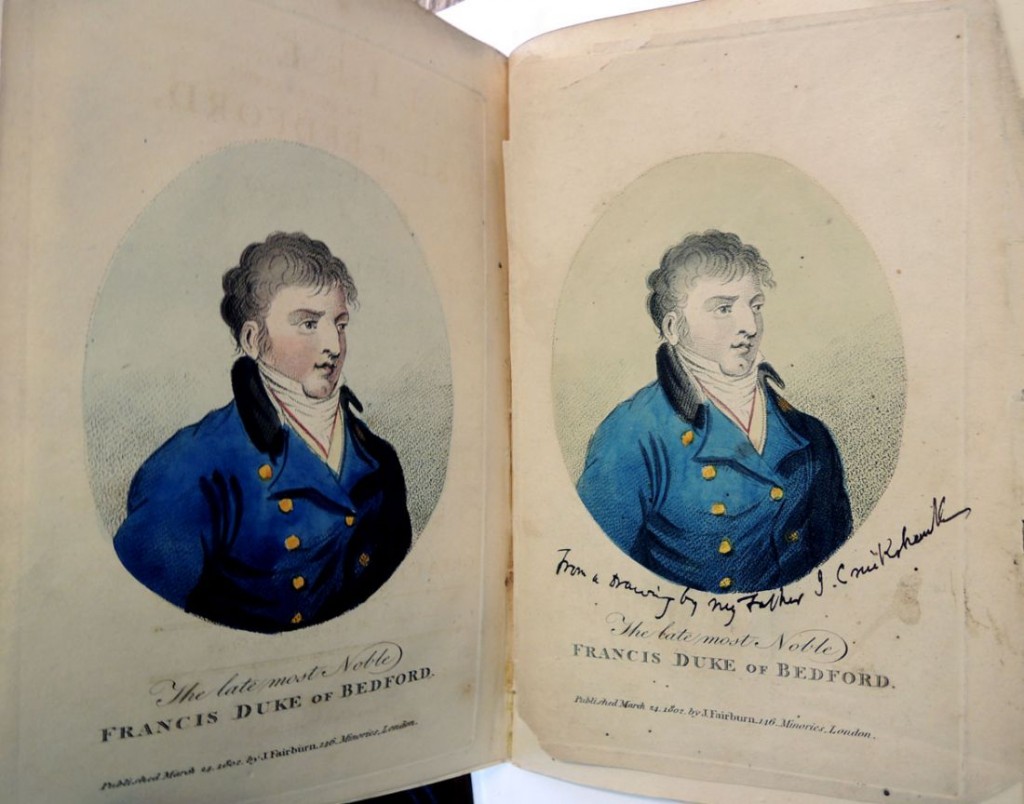 The bound-in frontispiece on the left with the inscribed print laid next to it on the right. Thanks to Thomas V. Lange for his watchful eye to catch this treasure for Princeton’s collection. 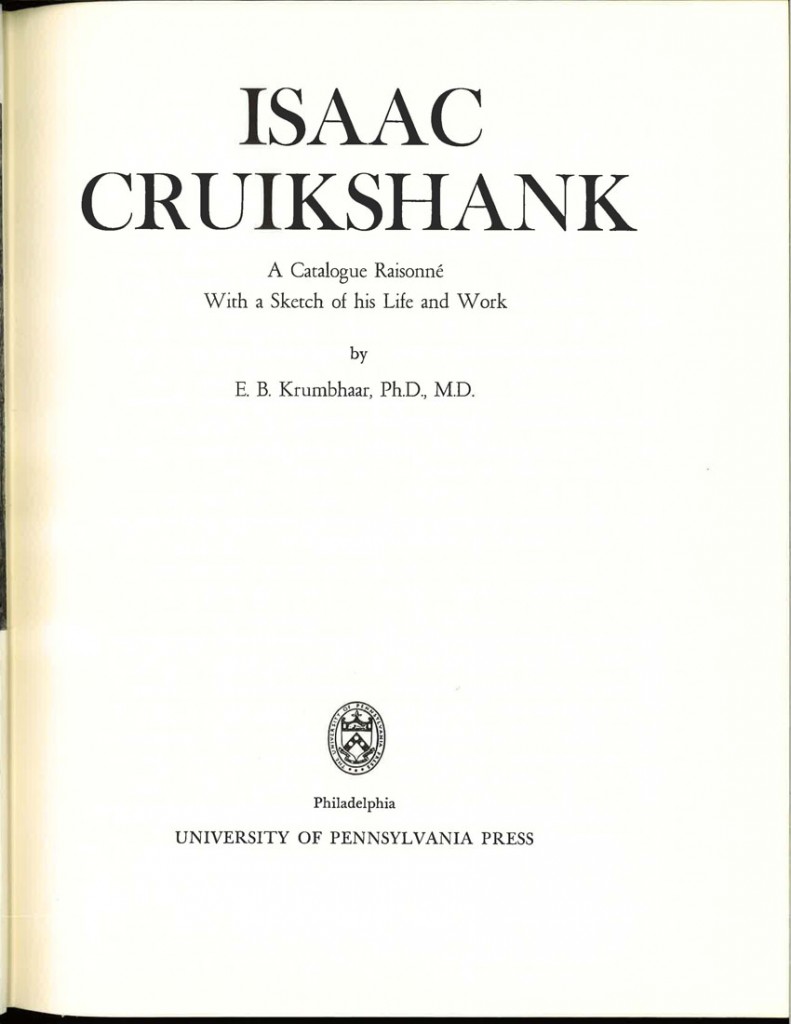 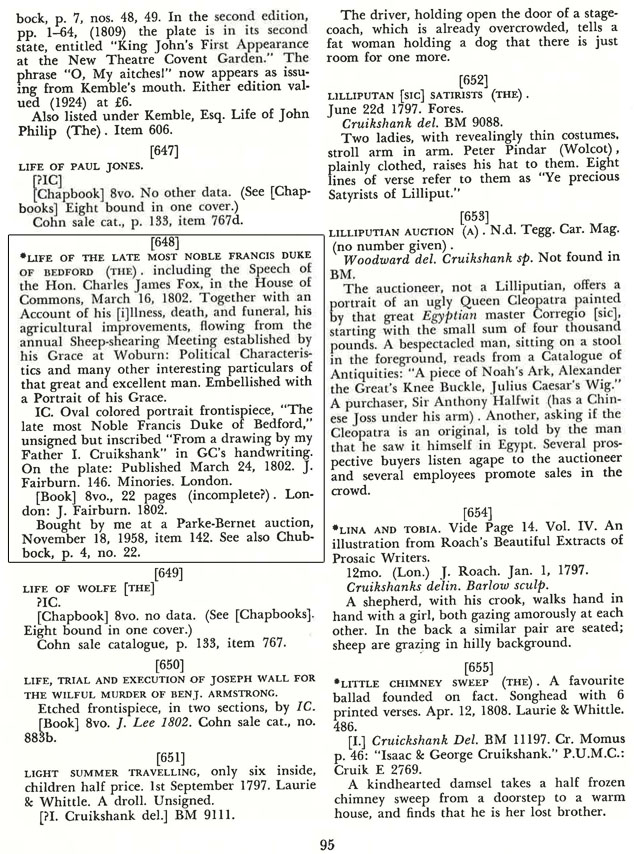