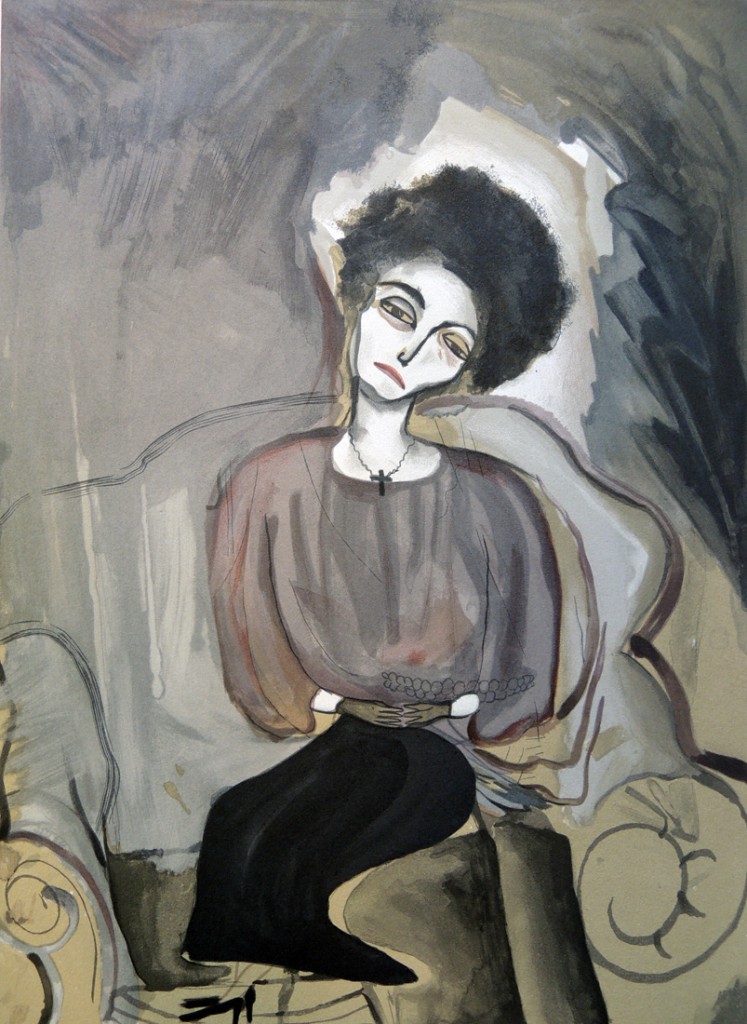 The artist Alice Neel (1900-1984) never lived to see the publication of her fine press book prepared with the Limited Editions Club. She died from cancer in October 1984, early in production stages. Our copy, like most, is only signed by her friend and fellow artist Raphael Soyer (1899-1987) who wrote a short tribute to her, included at the end of this volume.

Neel selected two of her earlier paintings to accompany Poe’s text, along with several black and white etchings. According to the prospectus, “The first illustration, Alice Neel’s ‘Nadja’ and our Madeline Usher [sister of Roderick], is a reproduction of a gouache painting from 1929. The reproduction of this image required eighteen plates/colours, with several plates run more than once for a total of twenty-five printings. The second illustration, entitled ‘Requiem,’ printed in 1927, incorporates seventeen plates and a total of twenty-six press runs. The extraordinary separations on both lithographs were performed by Gena Maxwell, and the printing by Frank Martinez.” 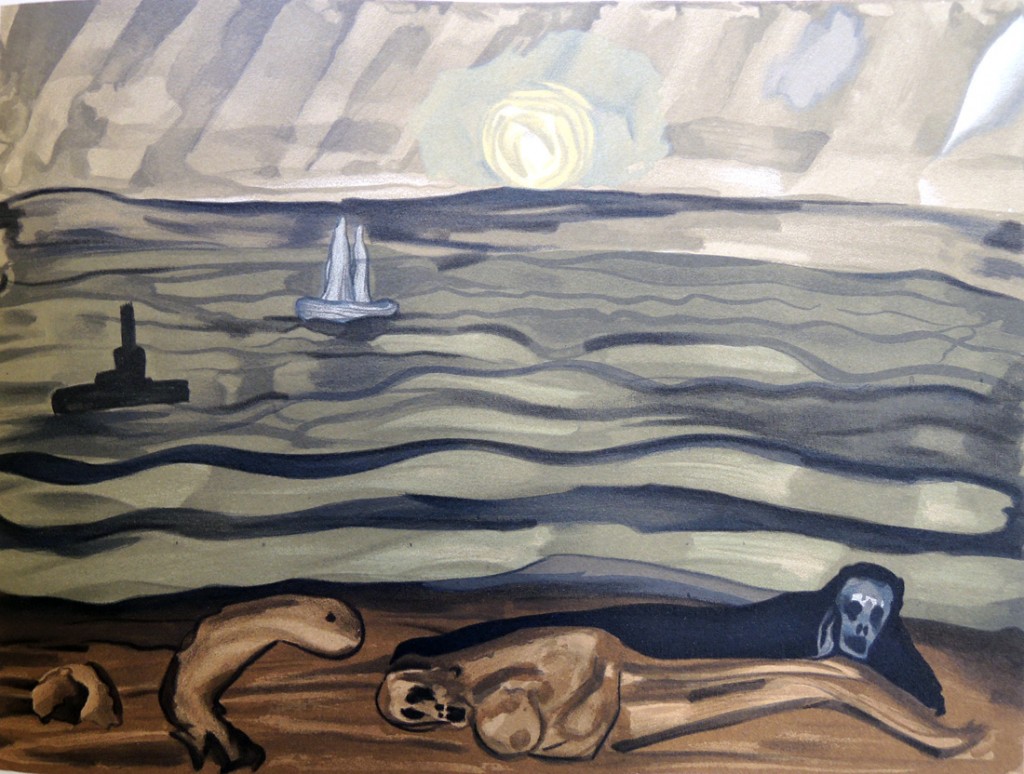 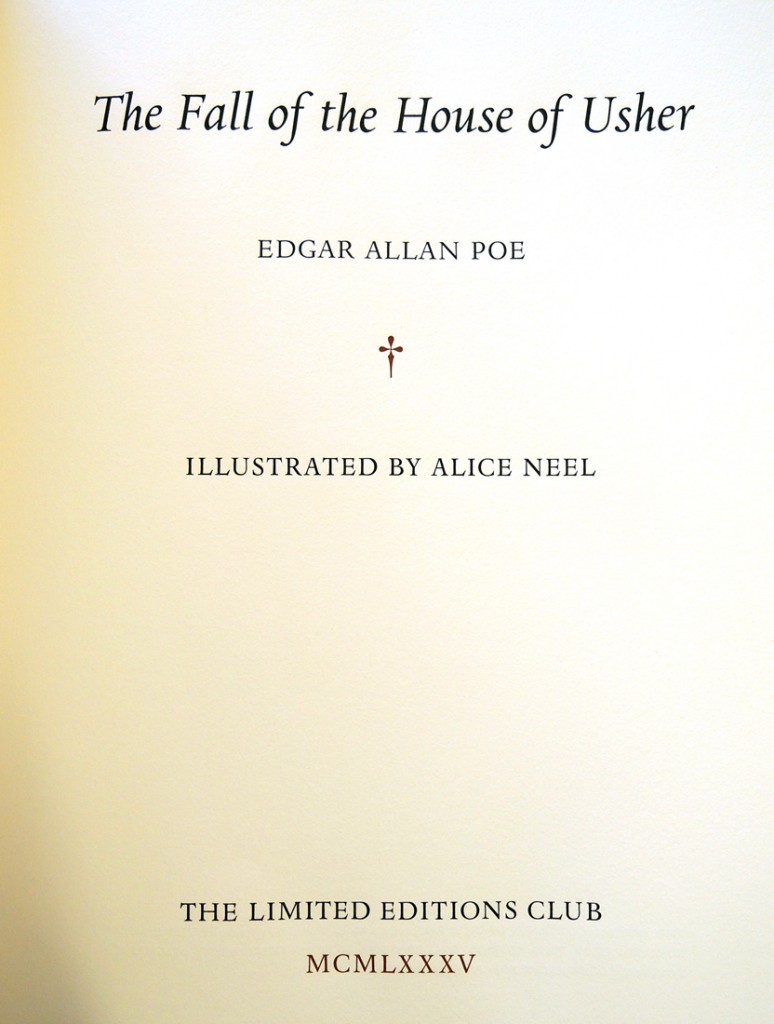 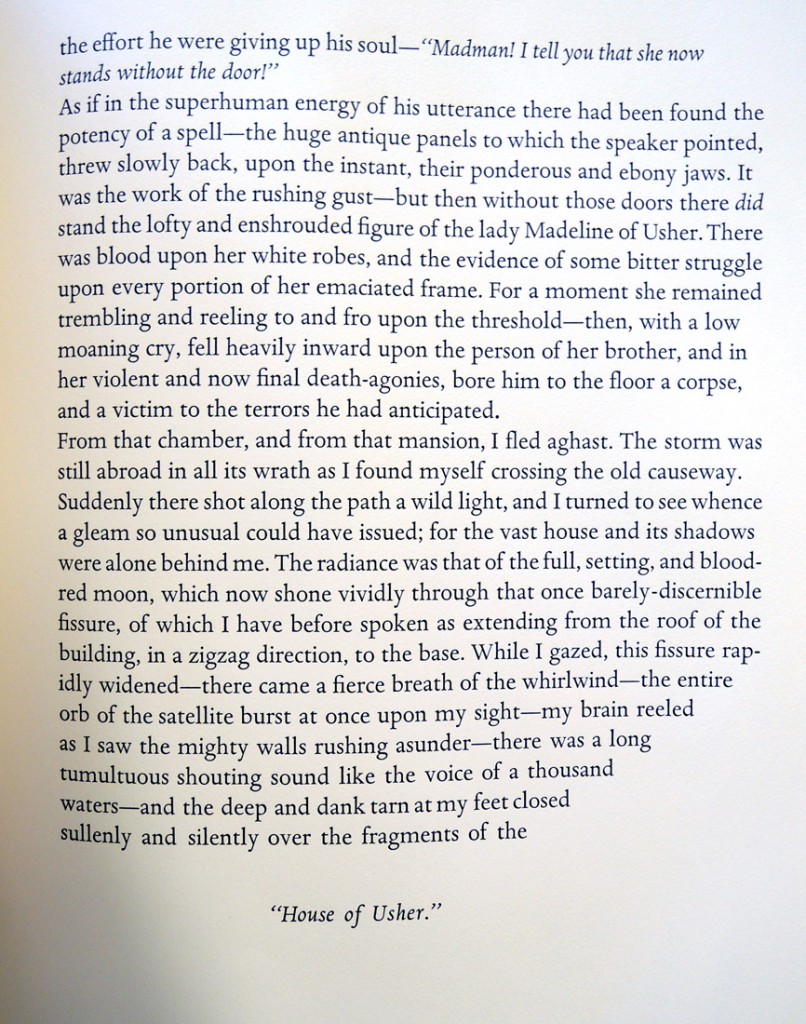 A 1975 interview with the artist can be found here:  http://www.vdb.org/titles/alice-neel-interview