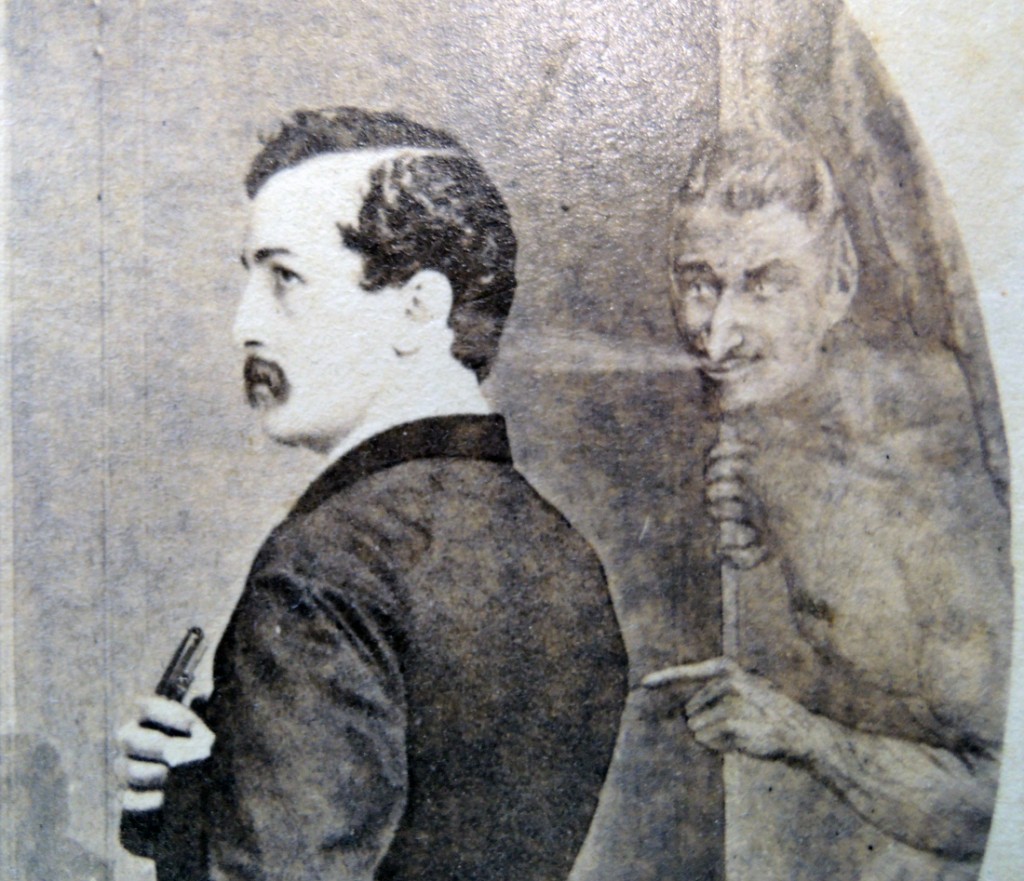 The charismatic stage actor John Wilkes Booth (1838-1865) had his portrait made by various photography studios during the 1860s. Thanks to Donald Farren, Class of 1958, the Graphic Arts Collection has acquired two of these carte-de-visite portraits. The earlier view was taken around 1863 by the photographer Charles Deforest Fredricks (1823-1894), whose elegant studio on lower Broadway, opposite the Metropolitan Hotel, was a destination for celebrities and politicians. Booth’s portraits were widely distributed, such as the one seen here distributed by E. Fehrenback in London. 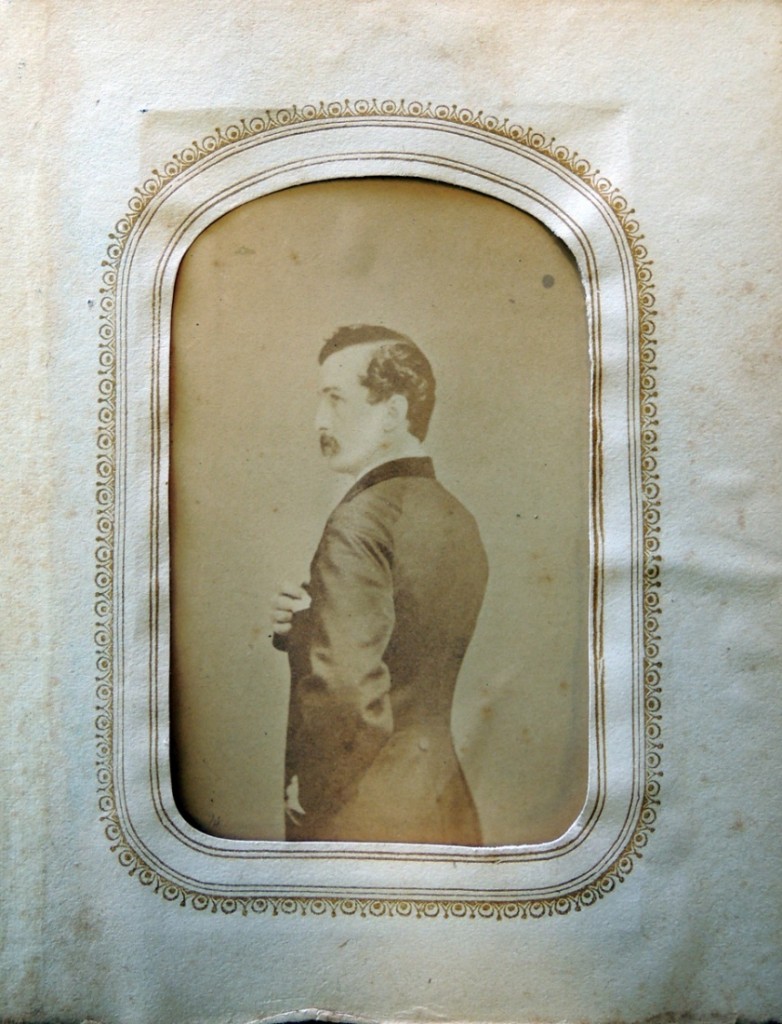 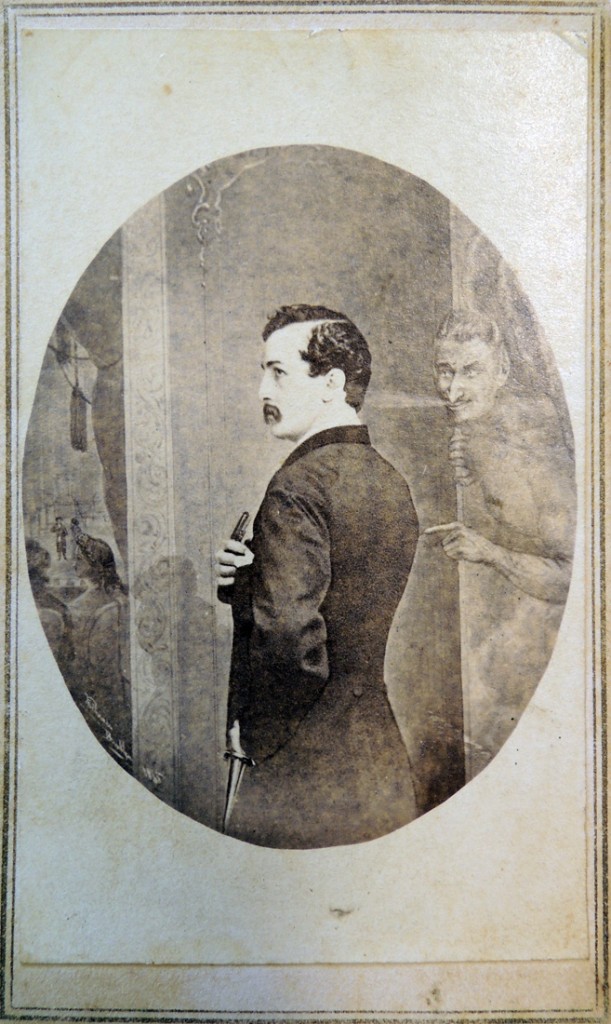 After the assassination of Abraham Lincoln on 15 April 1865, there was a succession of altered photographs transforming the handsome actor into a villain. Using double exposures, knives, guns, fellow conspirators, and other devious attributes were added to Booth’s portraits. Our CDV, titled on the verso “J. Wilkes Booth, The Assassin,” was published by the New York firm of Macoy & Herwig. A devil has been added on the right, whispering into Booth’s ear. 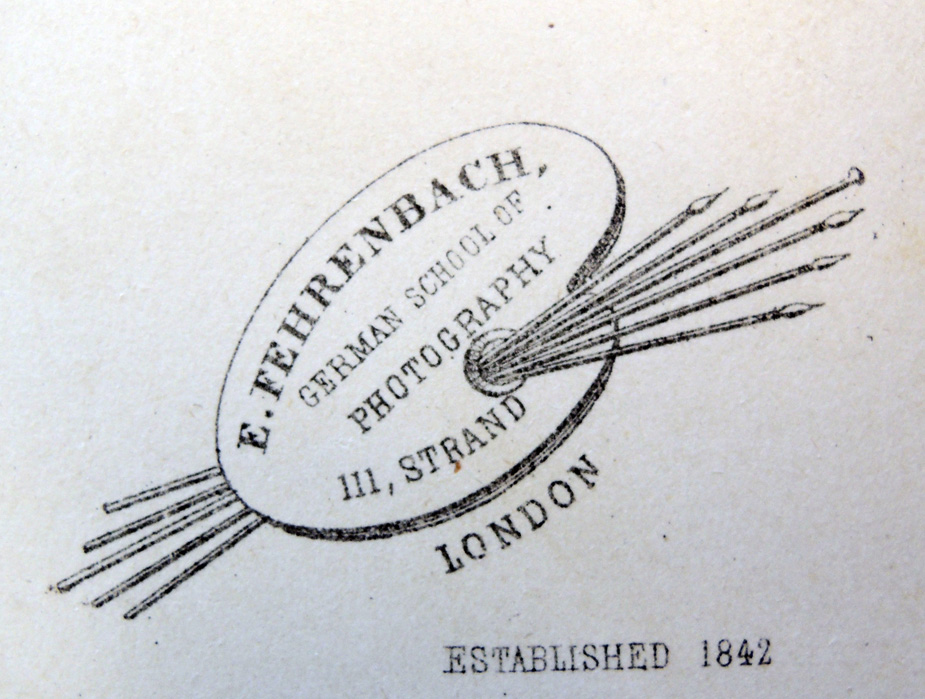 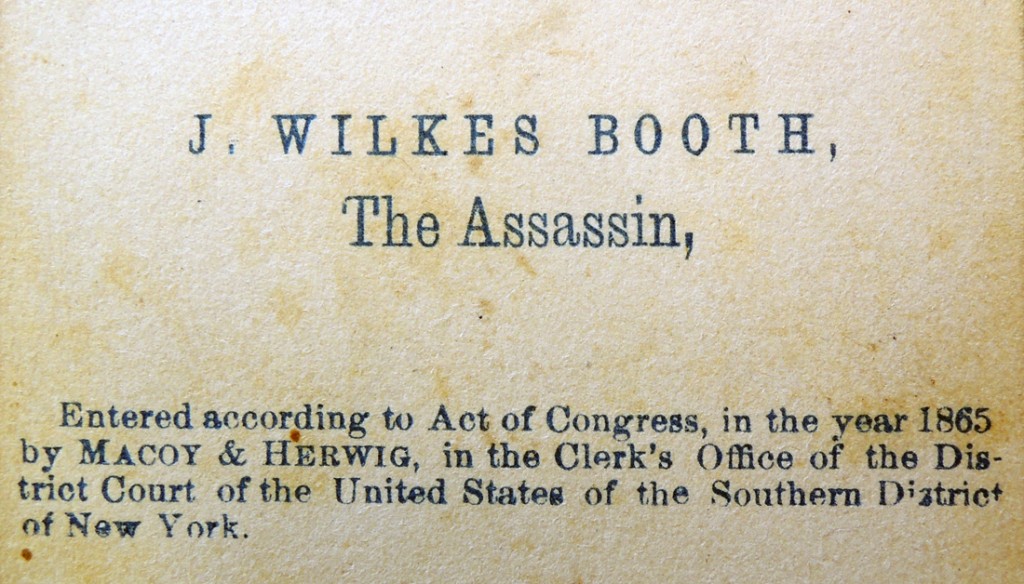