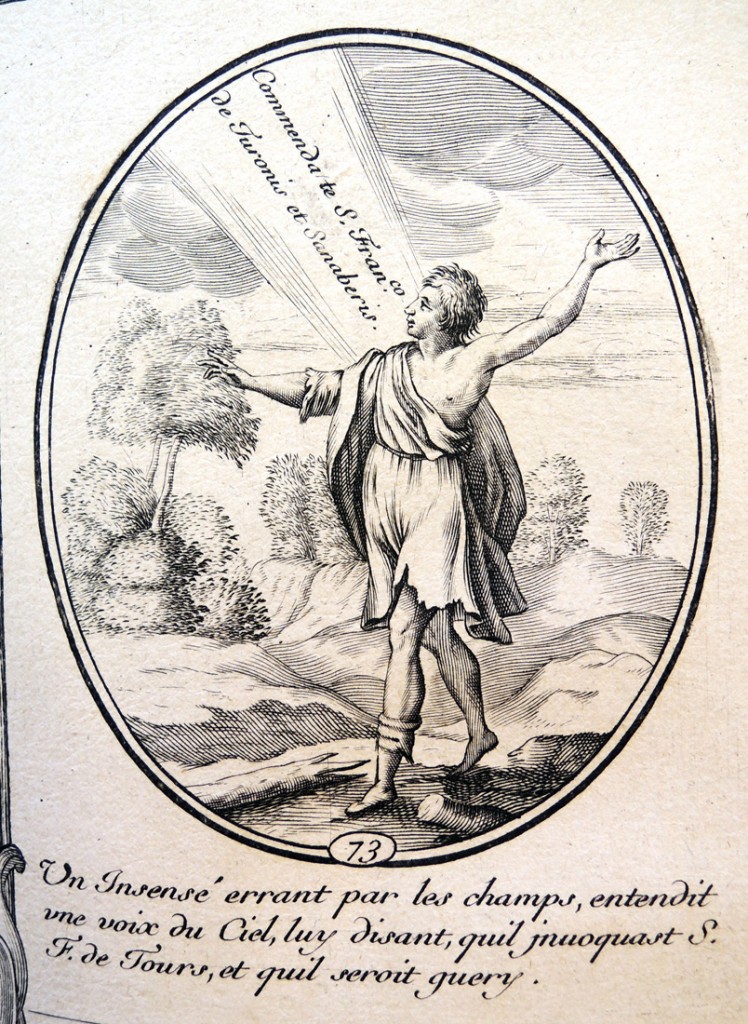 The Graphic Arts Collection recently acquired three books bound as one, each book presenting a set of engraved plates depicting the life of one or more saints. This post shows the second book with an incomplete life of Saint Francis of Paula (1416-1507). Our volume holds only 8 plates with 4 scenes each offering a total of 32 scenes. The complete copy in the Bibliothèque nationale shows 20 plates with a total of 80 scenes, along with preparatory material. http://gallica.bnf.fr/ark:/12148/btv1b8452395k 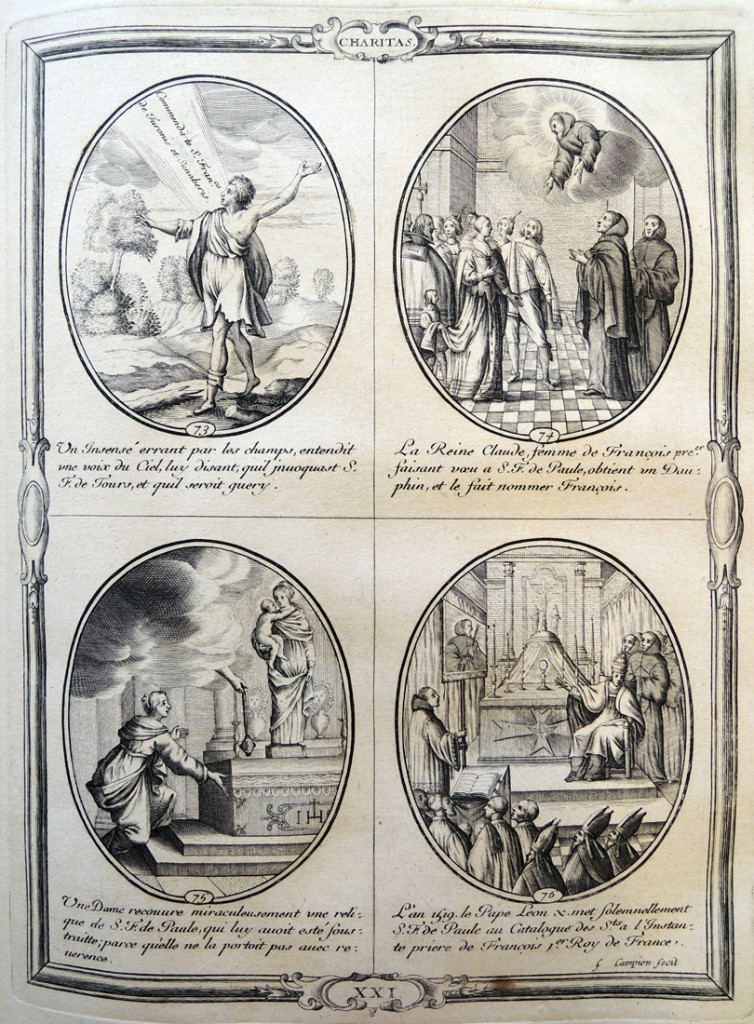 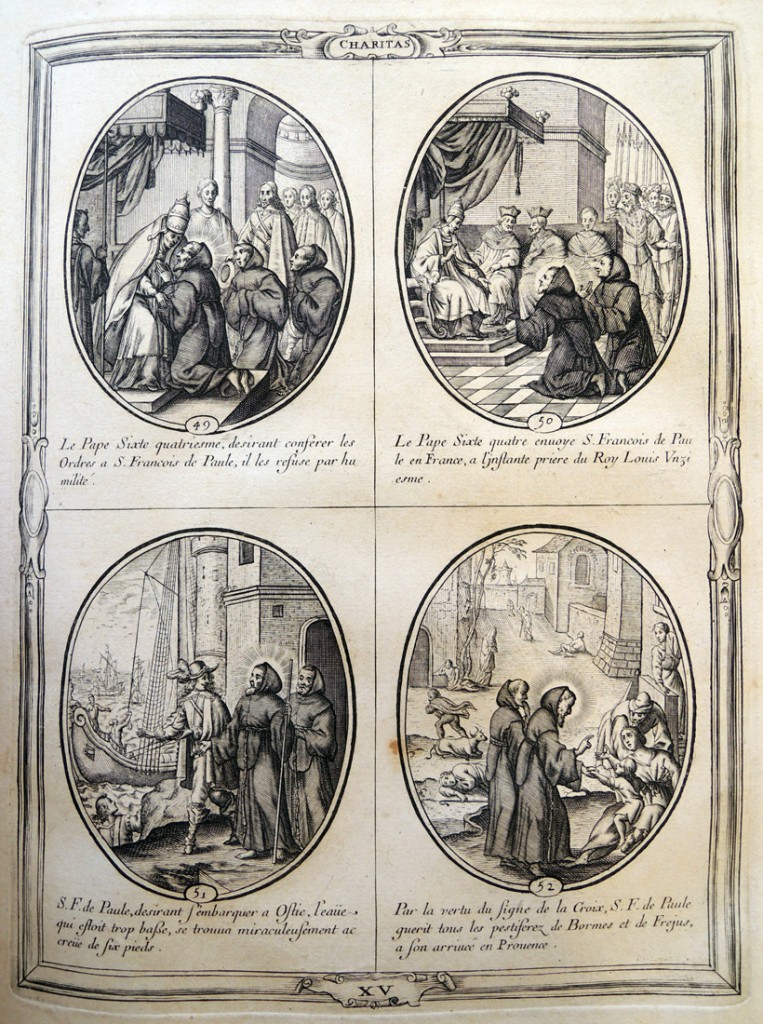 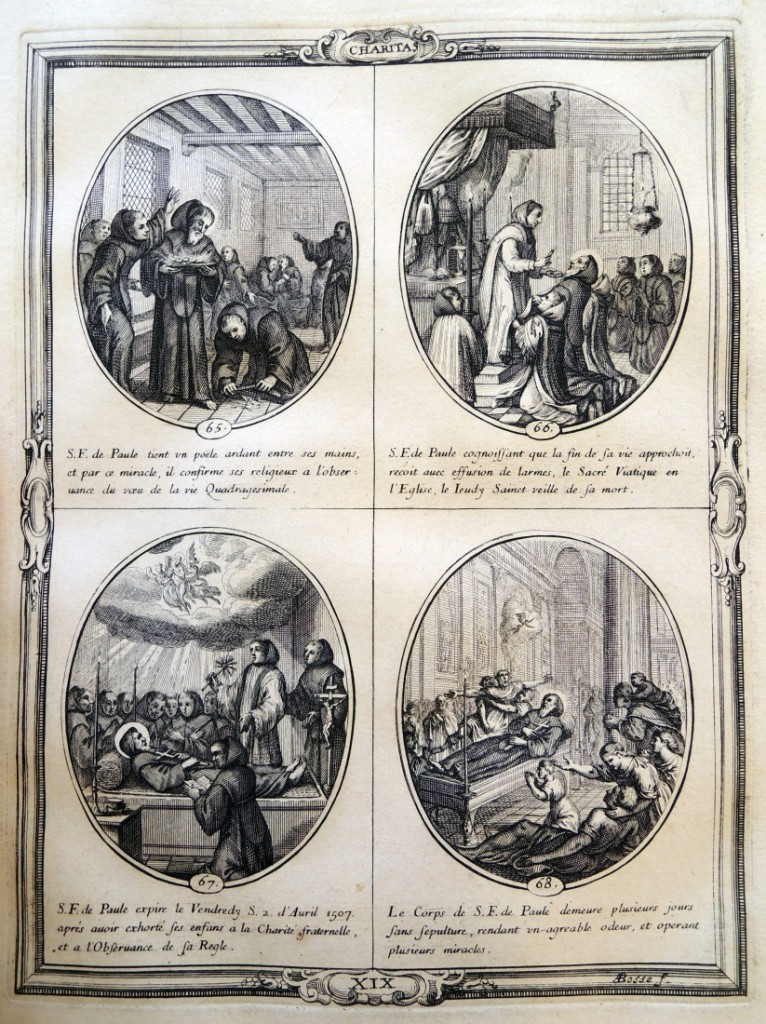 At the age of fourteen, Francis returned to Paula. “…he selected a retired spot on his father’s estate, and there lived in solitude…. Here he remained alone for about six years giving himself to prayer and mortification. In 1435 two companions joined him in his retreat, and to accommodate them Francis caused three cells and a chapel to be built: in this way the new order was begun. The number of his disciples gradually increased, and about 1454, with the permission of Pyrrhus, Archbishop of Cosenza, Francis built a large monastery and church.

…The rule of life adopted by Francis and his religious was one of extraordinary severity. They observed perpetual abstinence and lived in great poverty, but the distinguishing mark of the order was humility. …In 1474 Sixtus IV gave him permission to write a rule for his community, and to assume the title of Hermits of St. Francis: this rule was formally approved by Alexander VI, who, however, changed their title into that of Minims. After the approbation of the order, Francis founded several new monasteries in Calabria and Sicily. He also established convents of nuns, and a third order for people living in the world, after the example of St. Francis of Assisi.
–Hess, Lawrence. “St. Francis of Paula.” The Catholic Encyclopedia. Vol. 6. New York: Robert Appleton Company, 1909.